The dramatic road from the south eastern Indian border town of Samdrup Jangkhar, to the eastern outpost of Trashigang, is an outlandish cliff-hugging single-track switchback trail. It is more than a match for any of the most alarming old-school Himalayan trading routes. 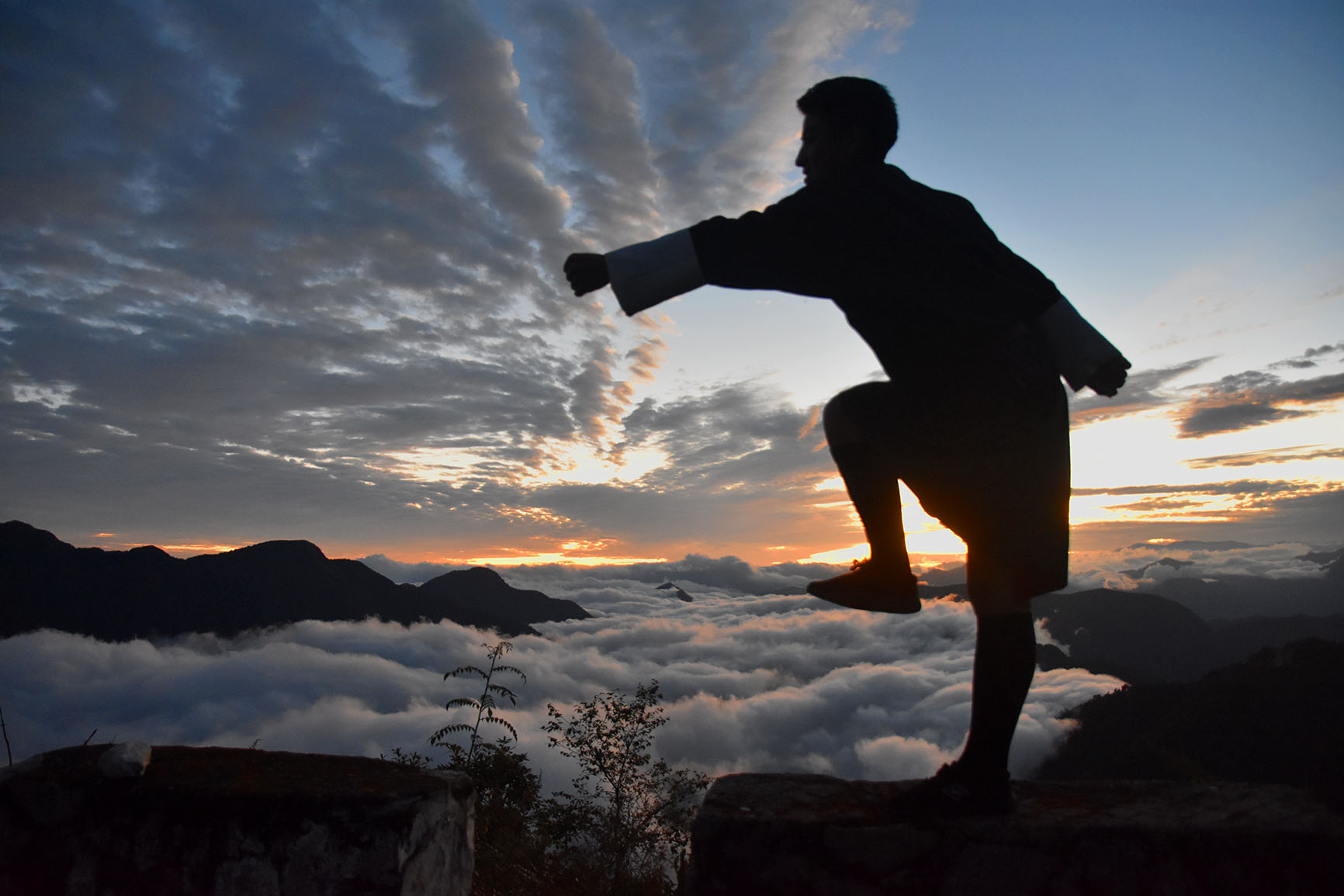 Although relatively short in distance (180km), the winding road, most of which is unsurfaced, takes any driver with a modicum of calm at least eight hours. In our case it took fourteen, thanks to recent landslides, hand-driven road works, and stopping to enjoy the drama of the cliff-side views and horizon-stretching mountain scenery.

If you are not climbing, you are floating high above the clouds and valleys below. 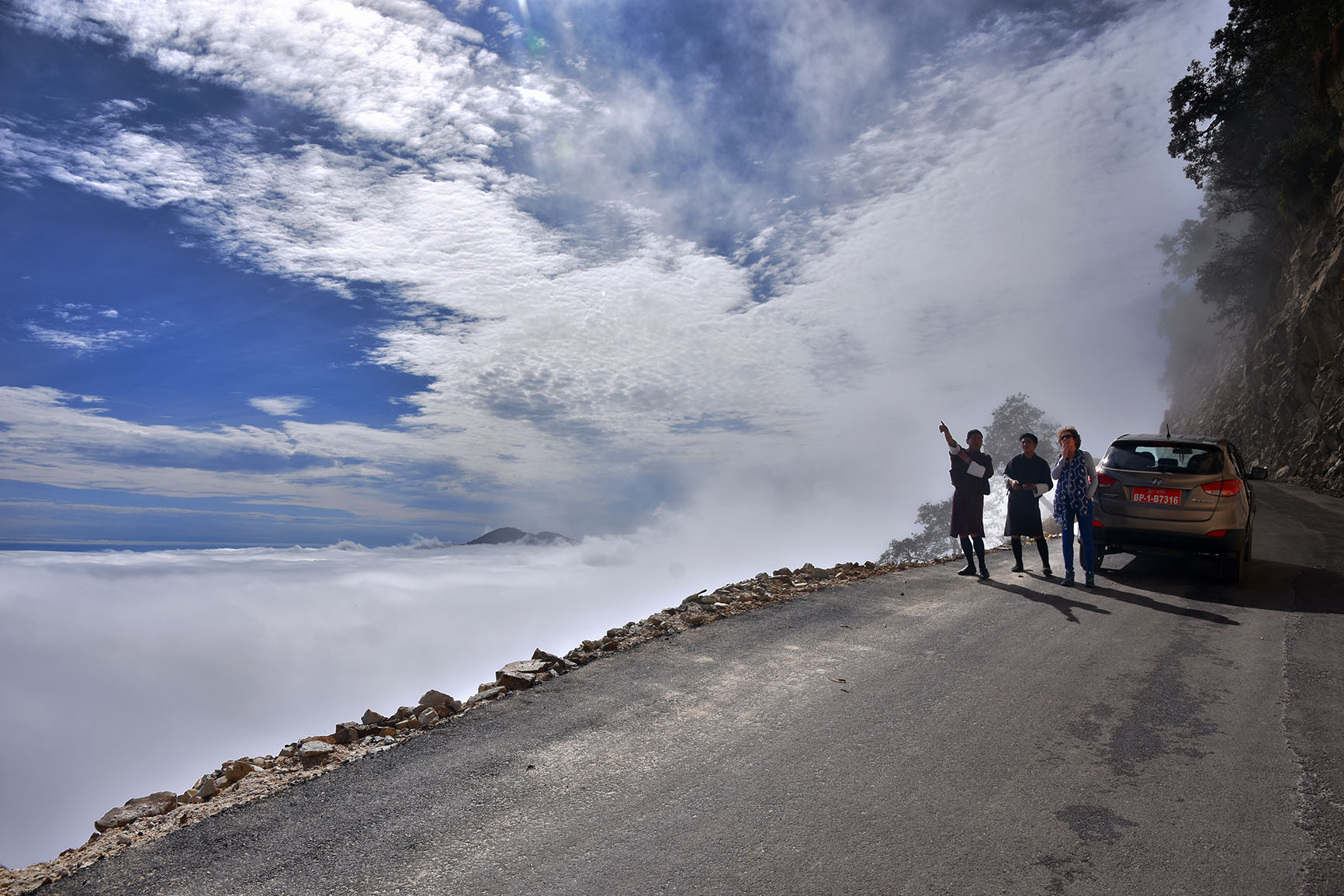 Having travelled the whole way along the country’s Lateral Highway (which carves the country in half from east to west), I can vouch for the fact that it is one of the most striking and, at times scary, of Bhutanese roads.

From the moment you leave the Assam tea estates, crossing the border from India, you begin to snake upwards, zig-zagging up the steep mountain road. After less than half an hour, you leave the teak forests behind and roadside views drop vertically into the jungle-clad abyss below. 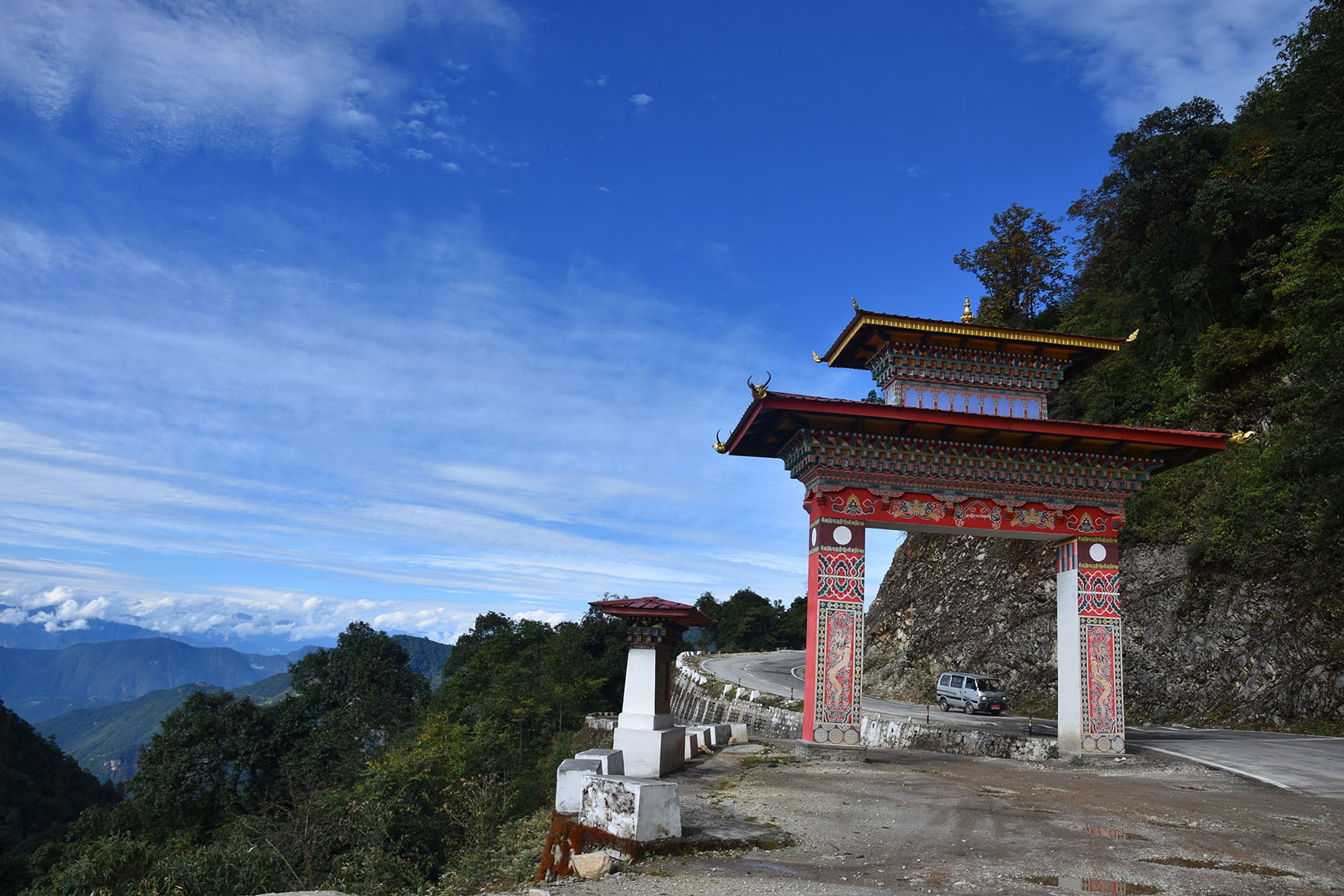 The flattest sections of the road – no wider than a tennis court – briefly appear as you pass through mountain settlements. Once high above the clouds you can’t help feeling you’re floating on a magic Prayer Flag carpet. You pass prayer flag poles, Buddhist shrines, colourful houses and pockets of families living and working next to their holdings by the roadside. Lush jungle offers views of local birds as well as a mass of flora. 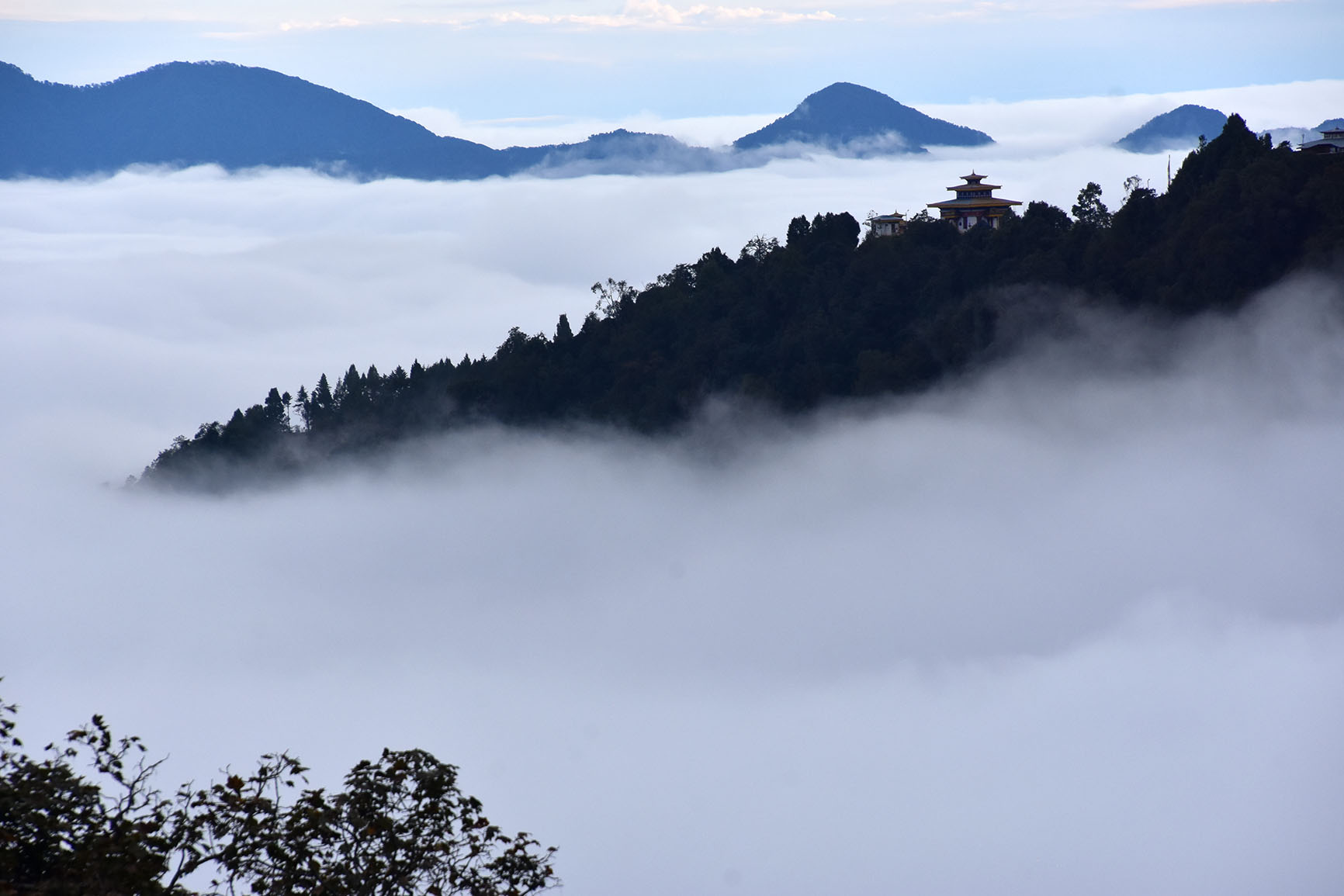 The local traffic is so light you hardly see any other vehicles, although between the jungle and the cloud forests we did come across a snake sunbathing on the road. Until it was discourteously awakened by our travelling companions, whose desire to snap a photo got the better of their fear to creep any closer. 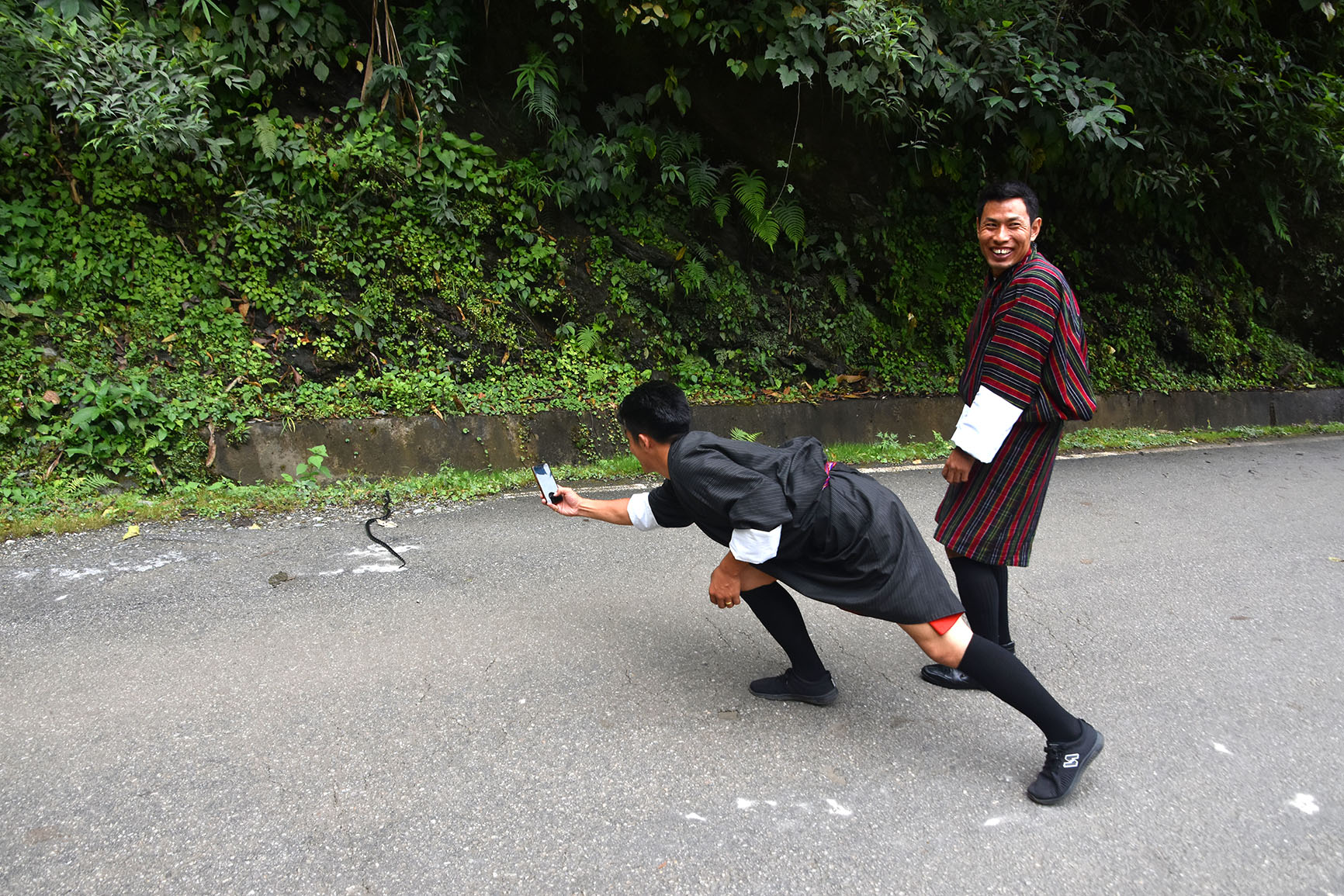 The journey is a blast of an experience, and highly recommended for those adventurous in spirit. Transporting you across the most remarkable scenery, from the busier Indian plains to the remote outposts of Trashigang state, in the far east of the Mountain Kingdom of Bhutan. 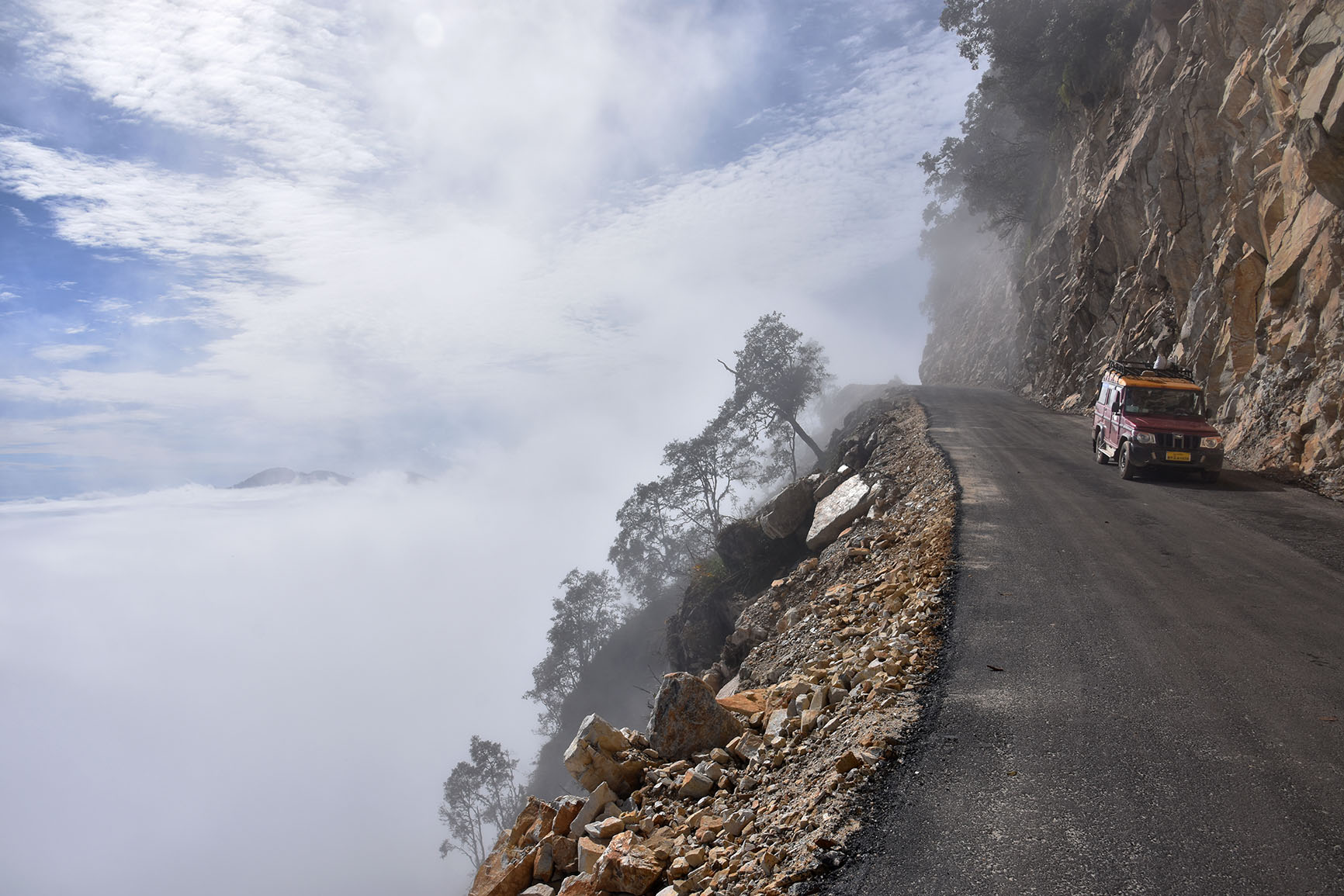 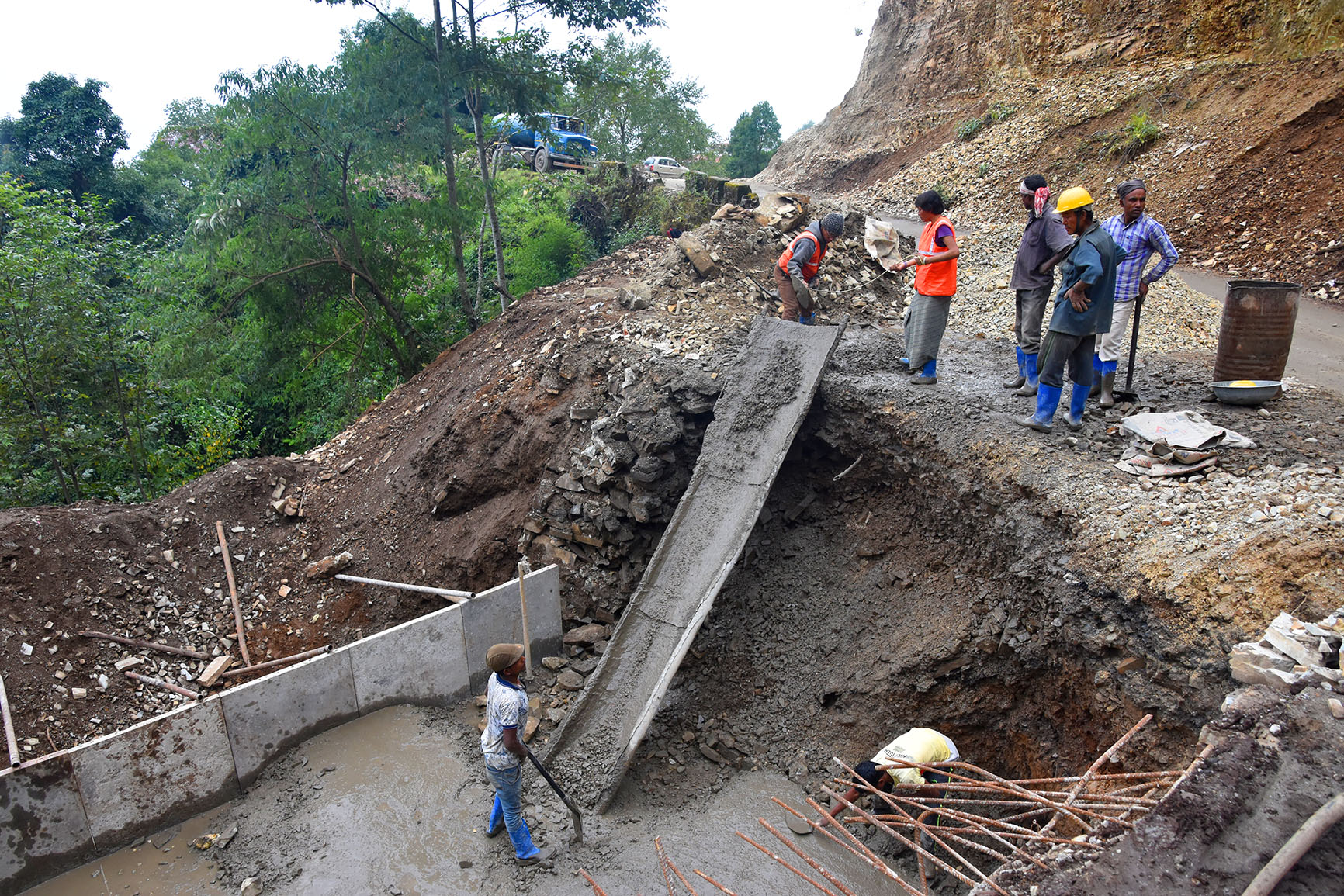 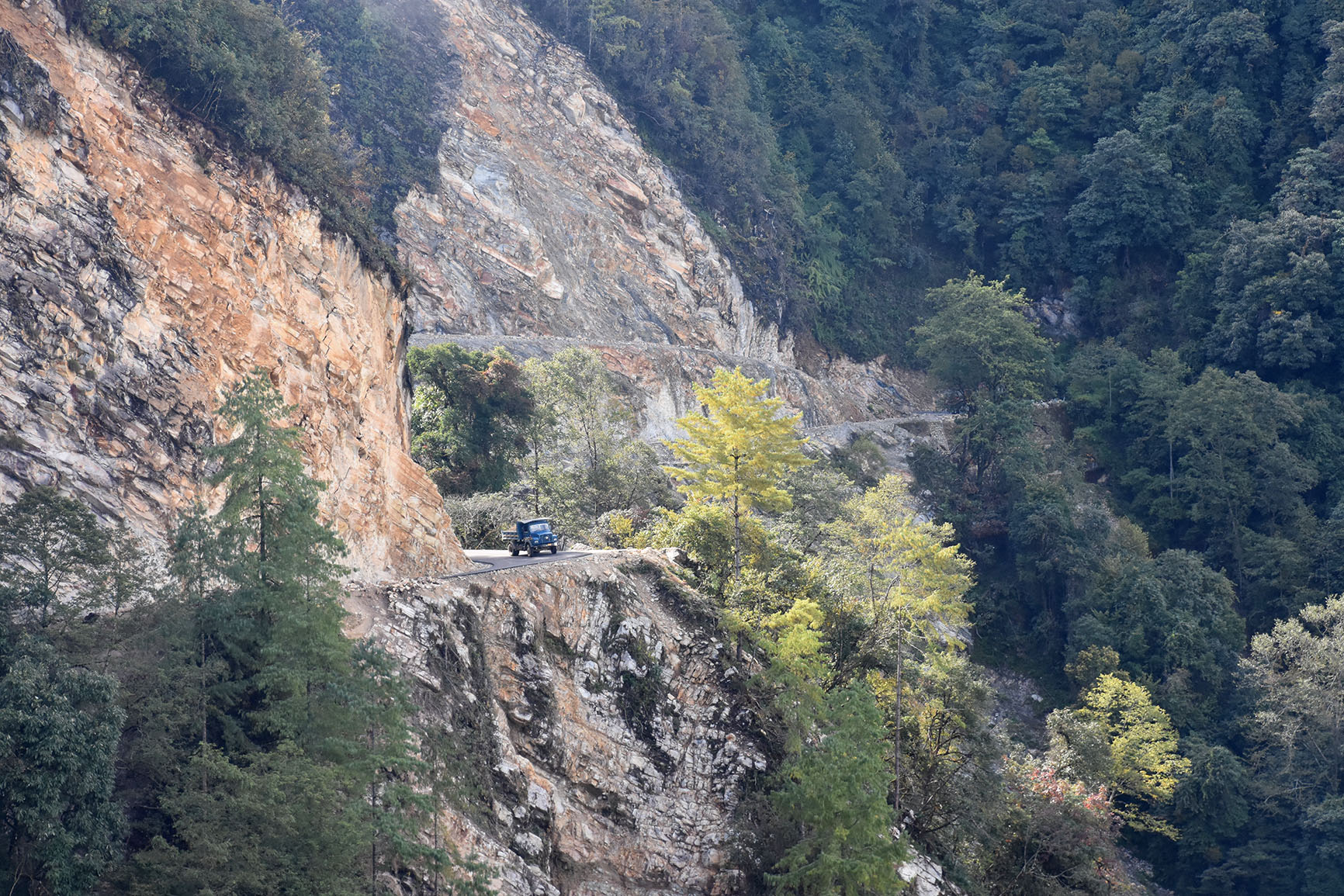 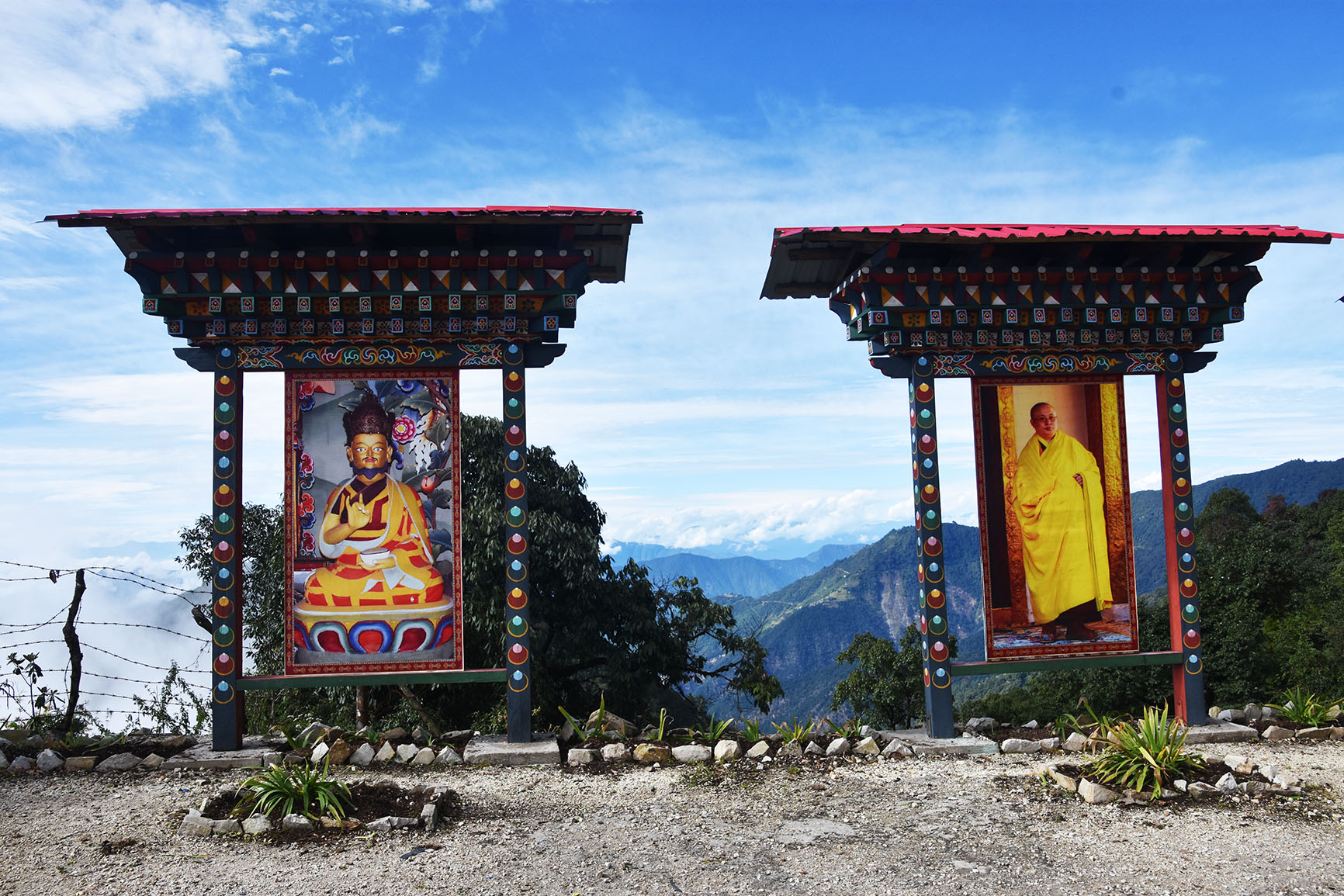 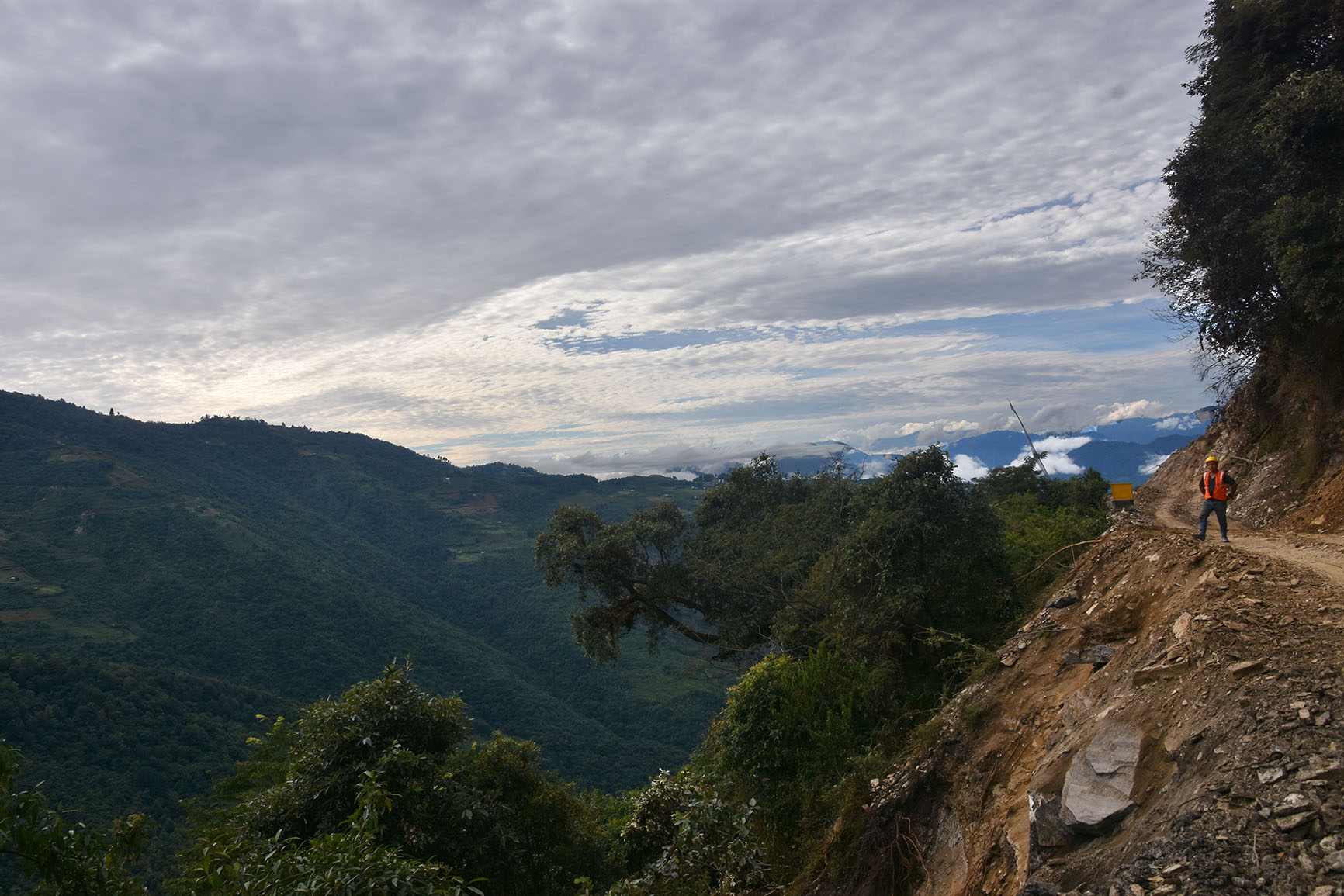 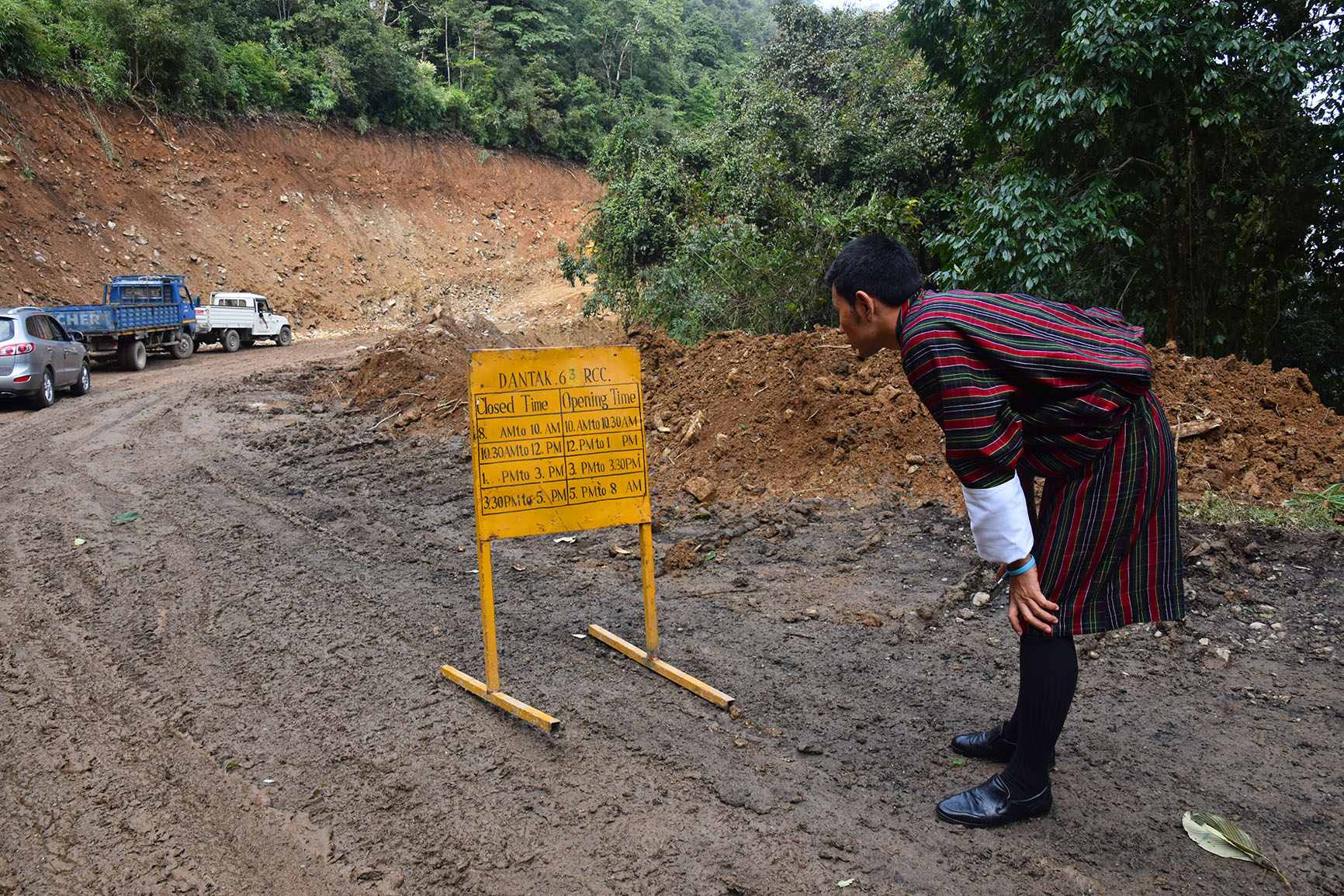 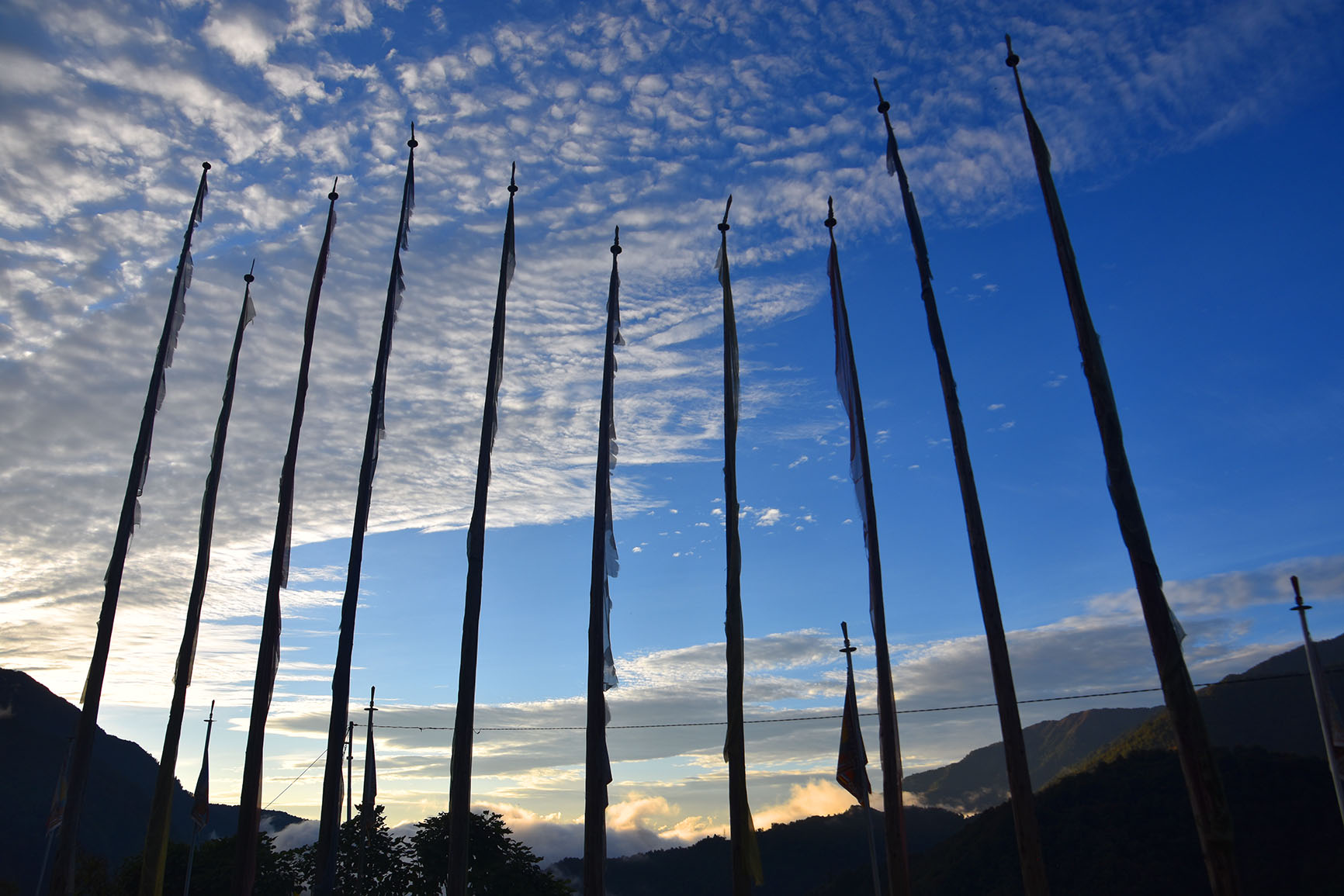 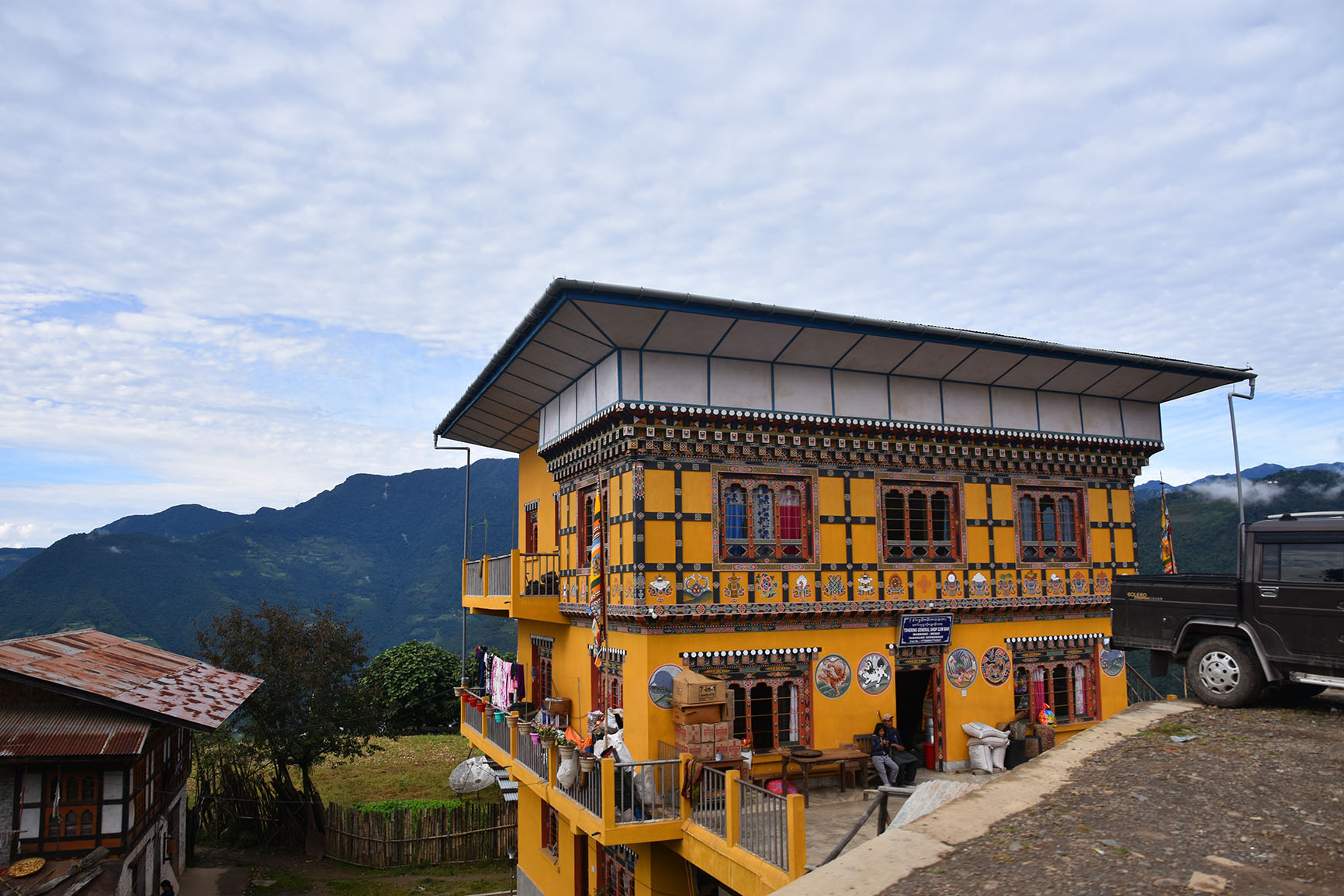 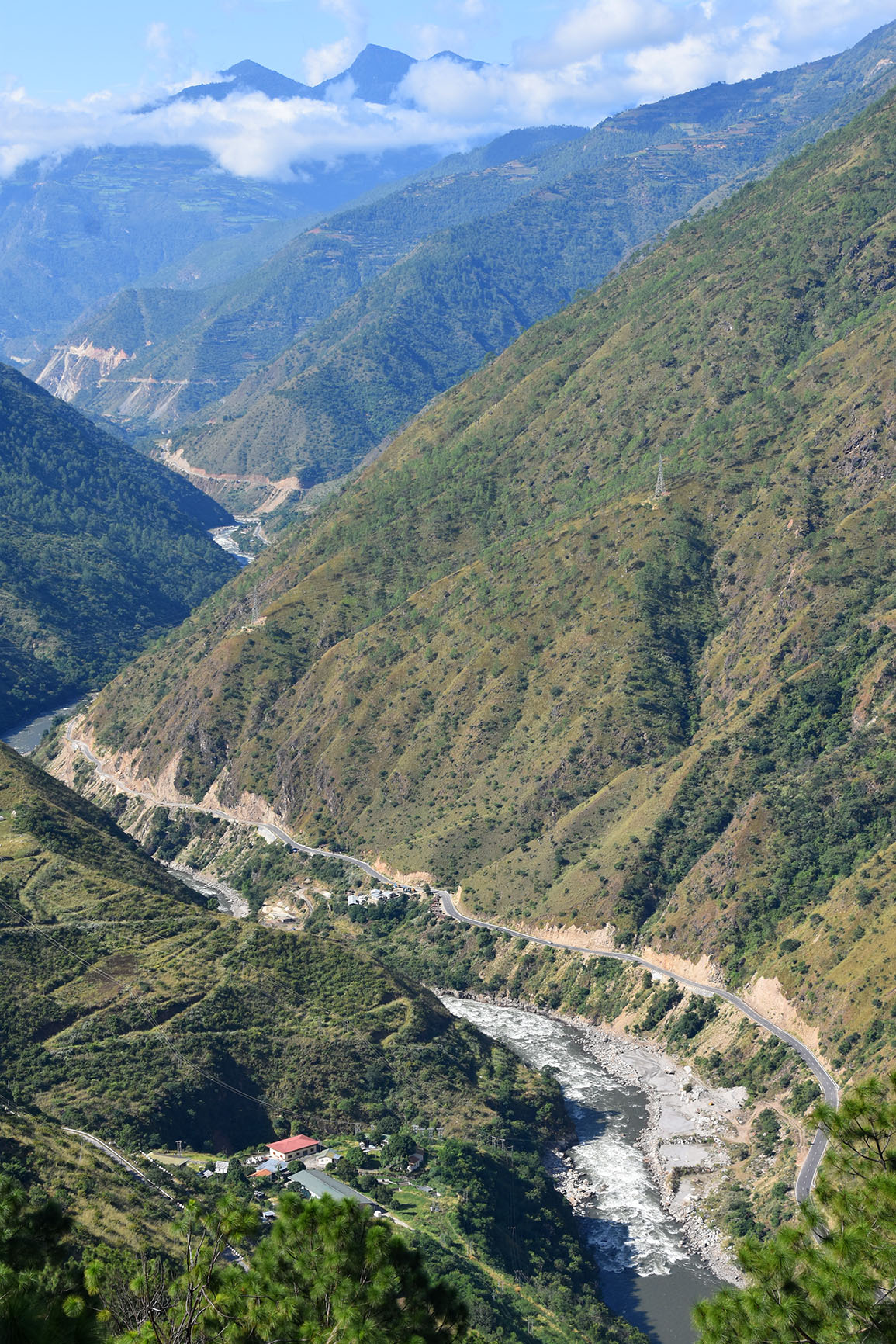 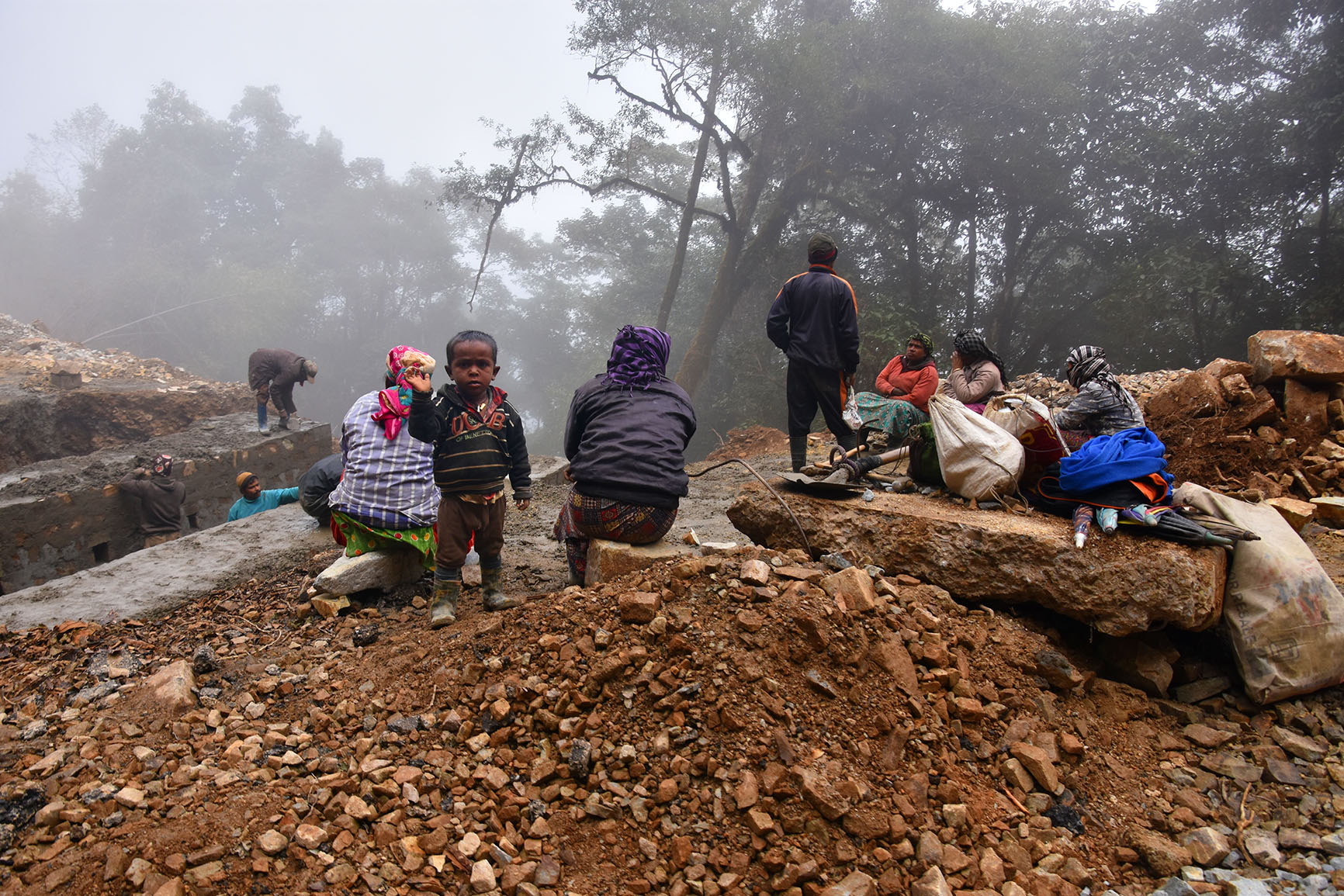 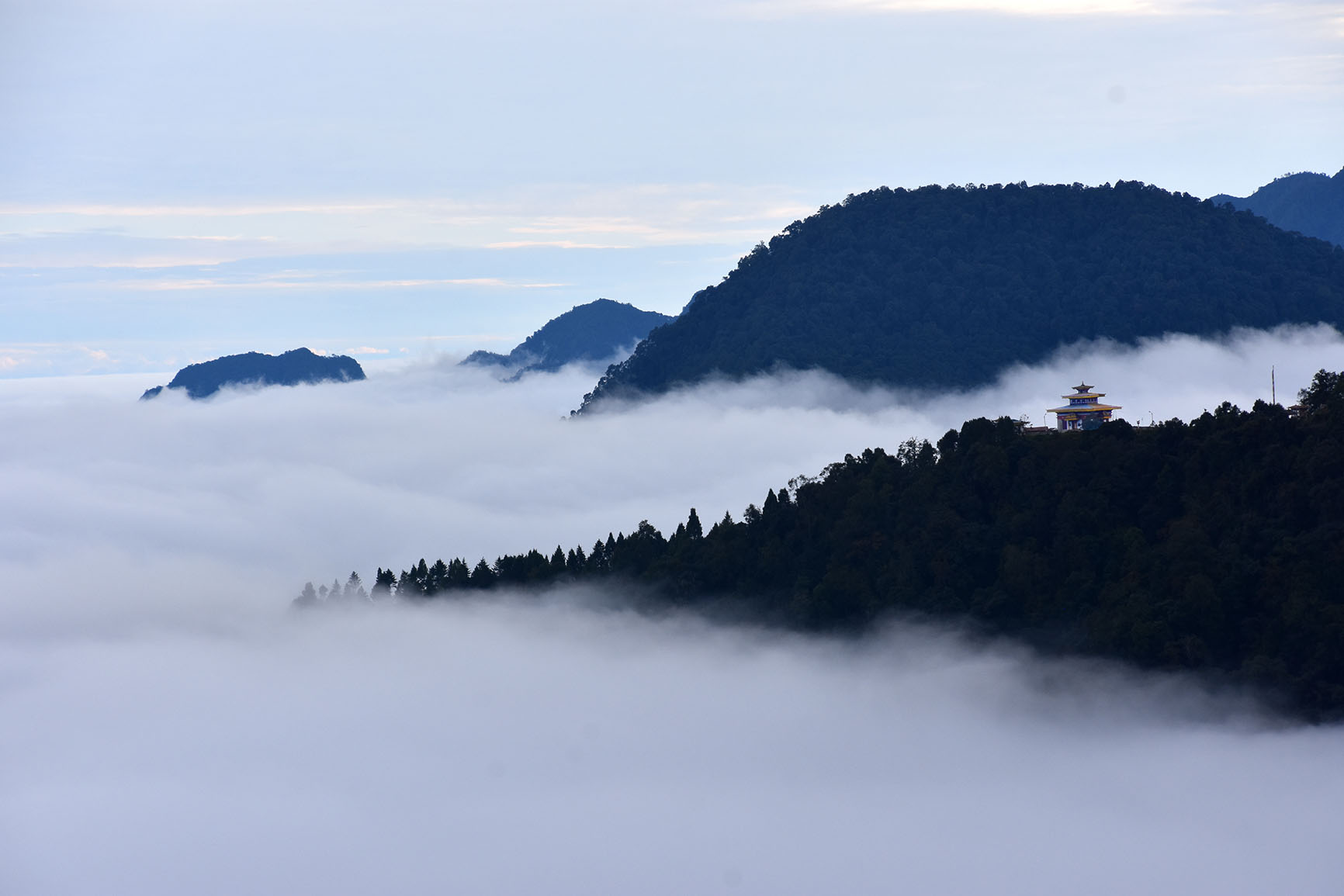 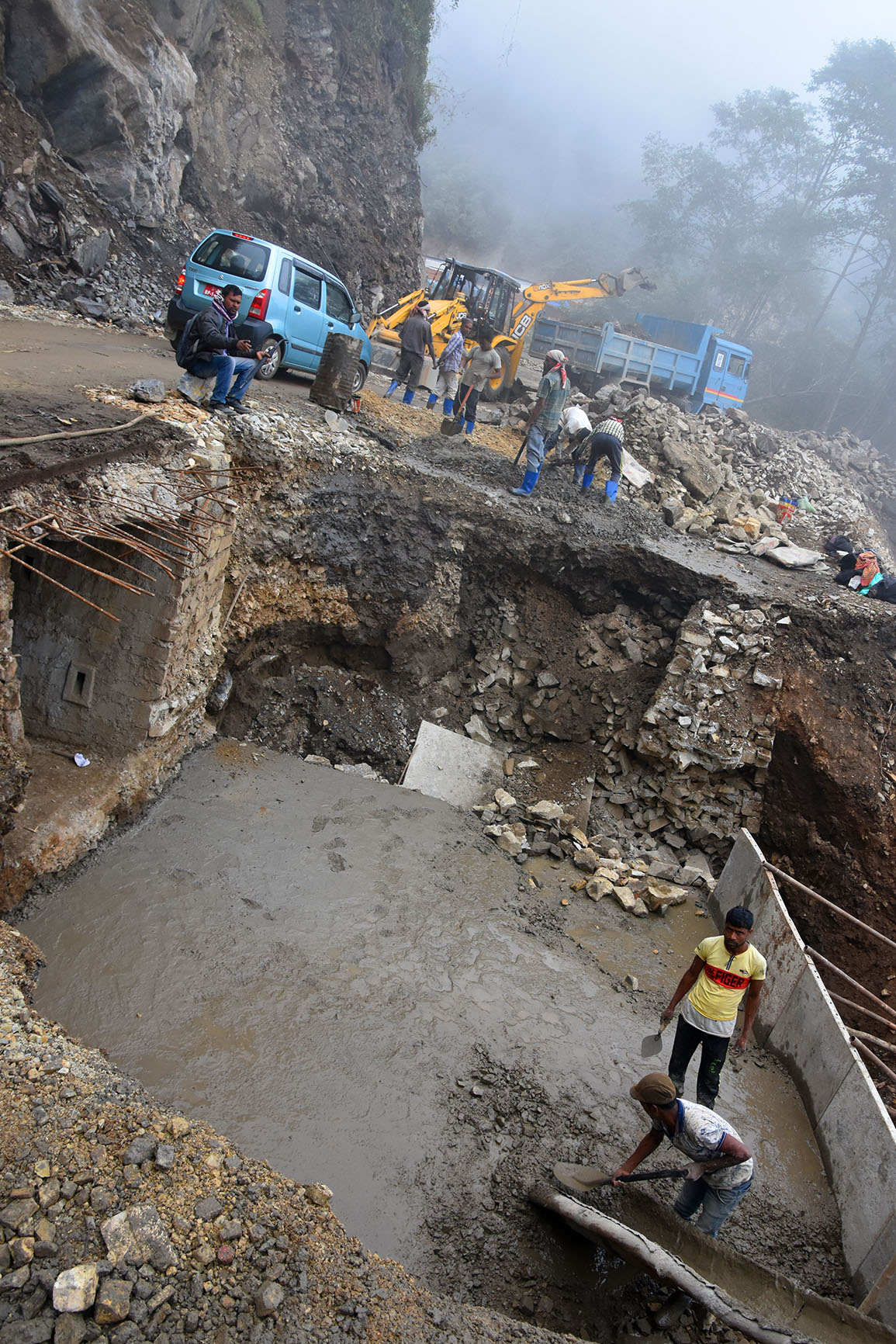 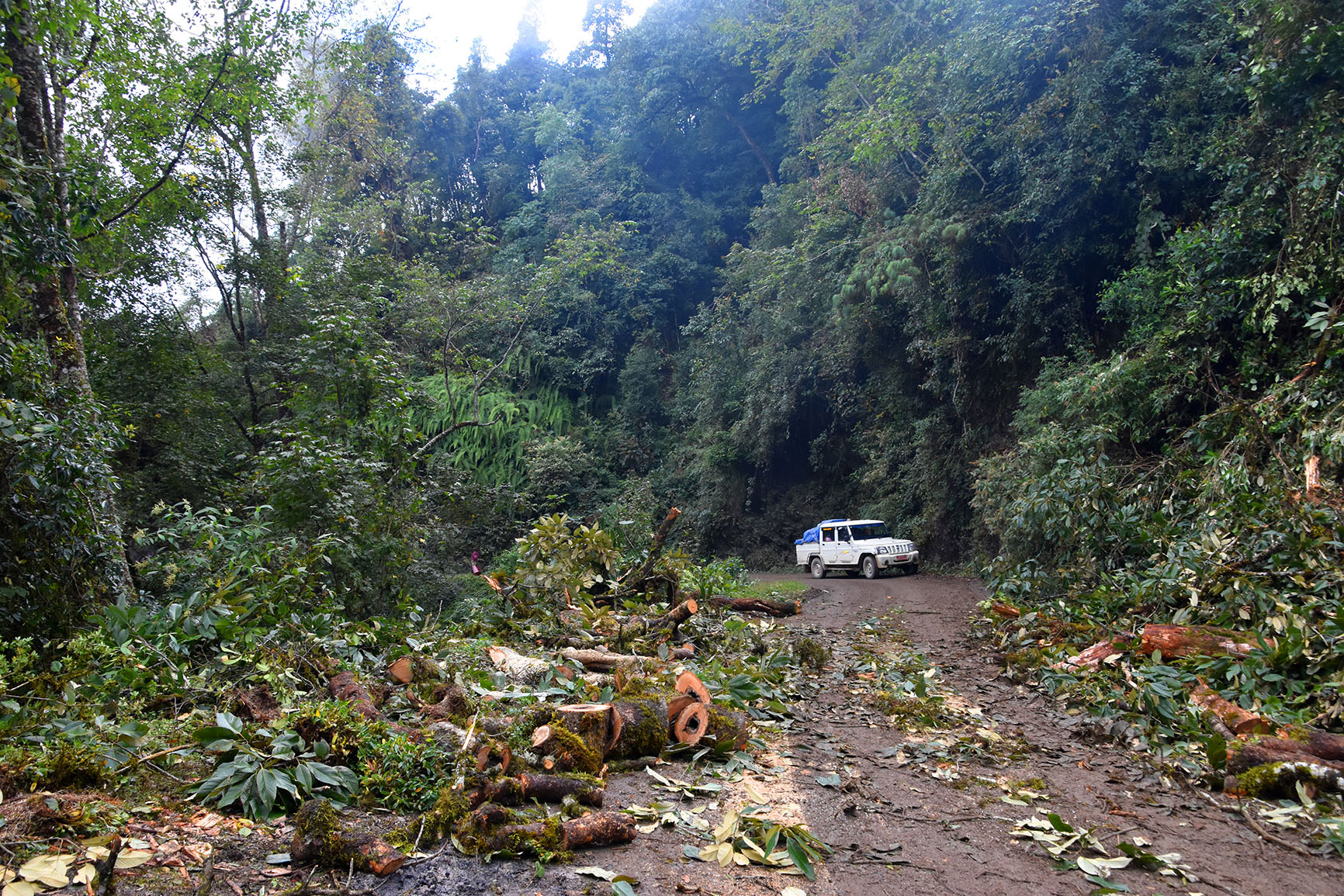 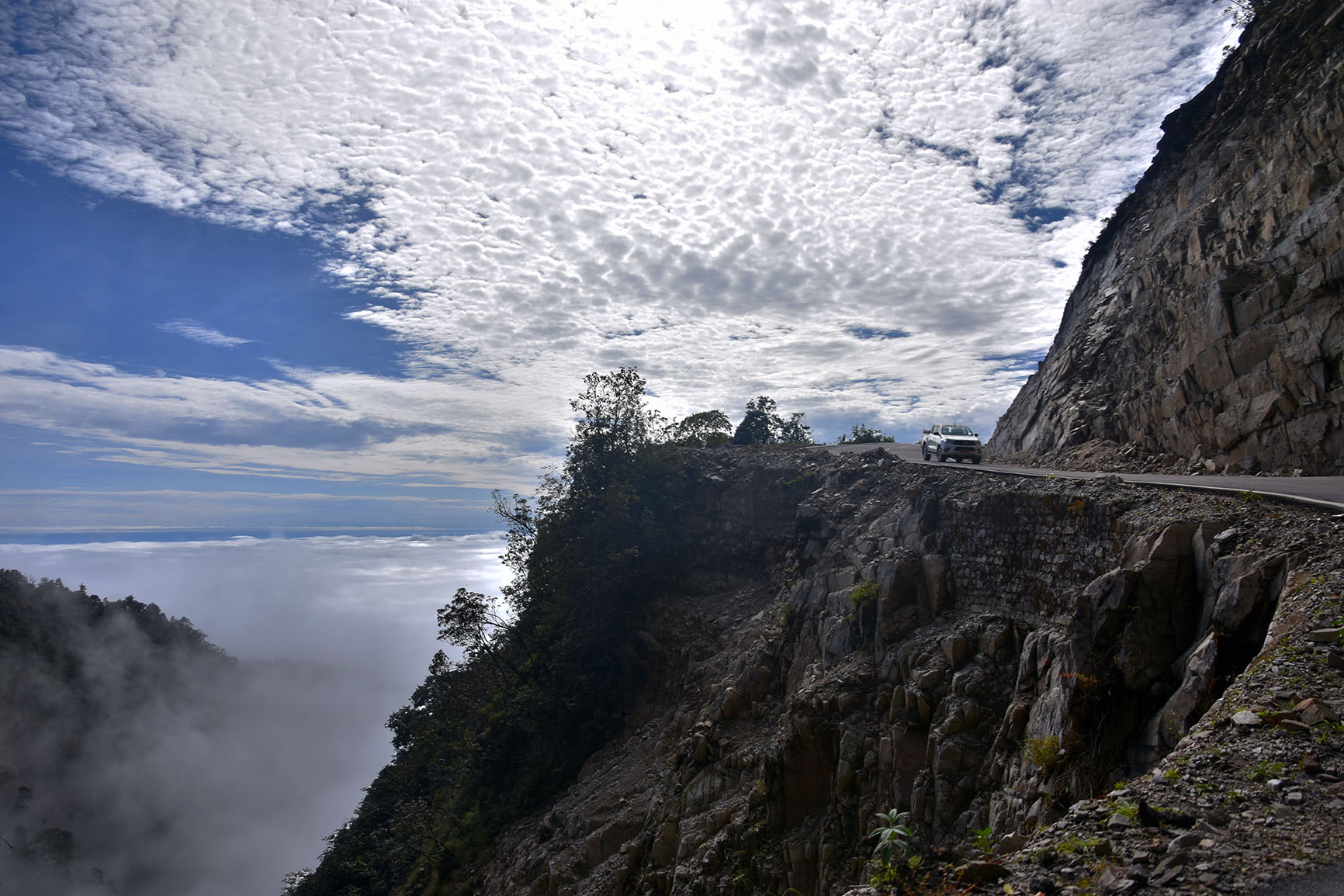 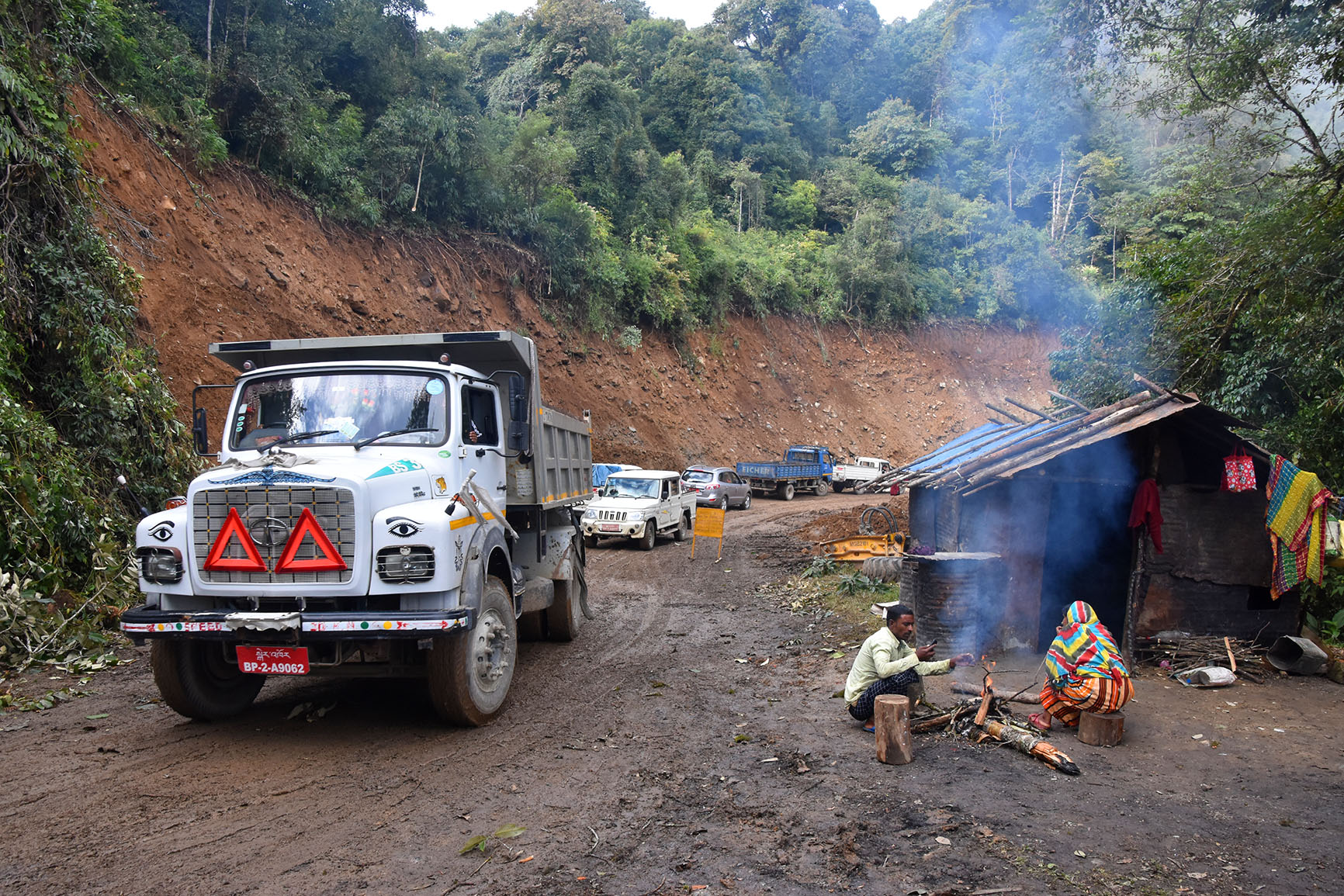 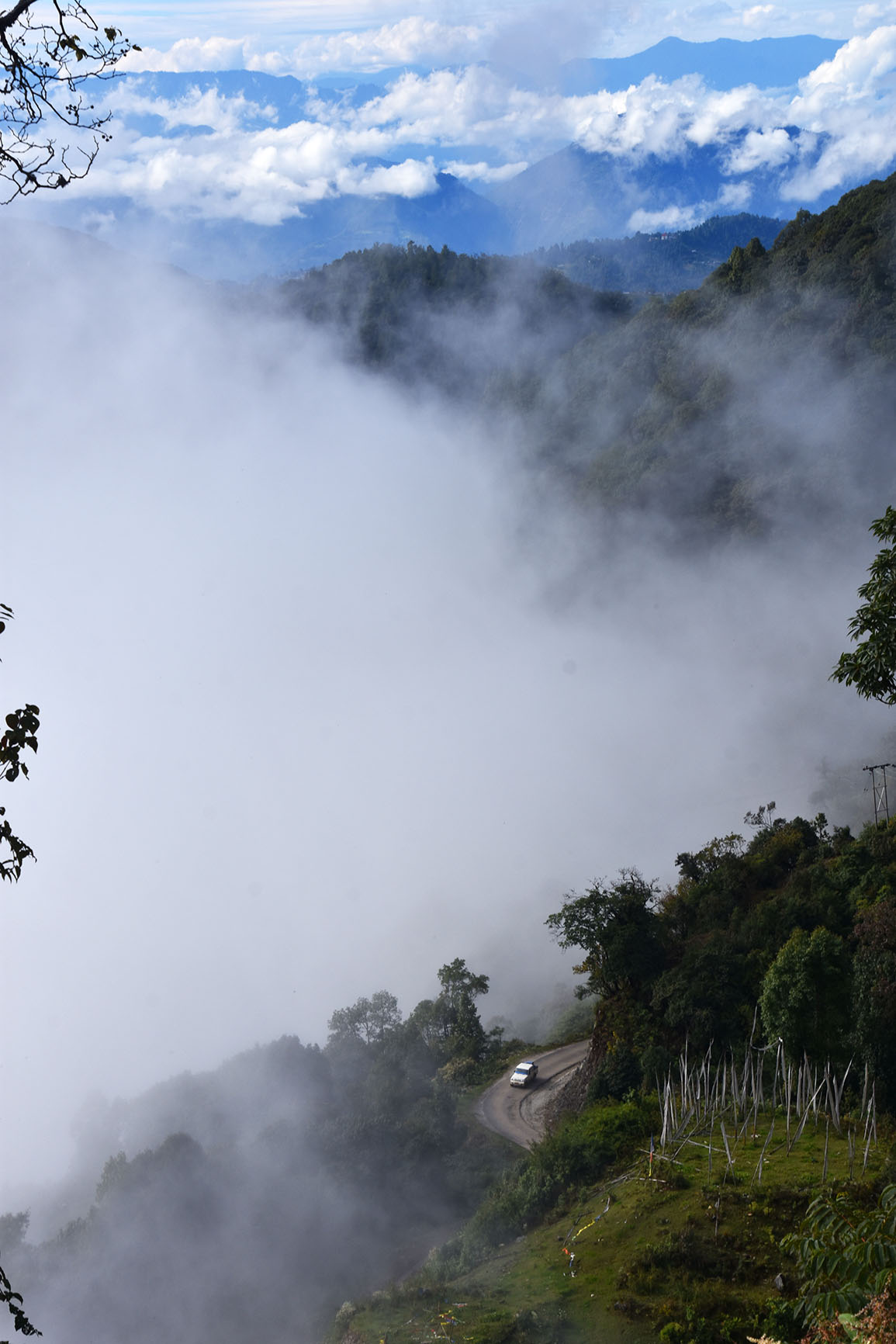