Kalari (Kalaripayattu) is believed to be India’s oldest surviving martial art, with a rich history dating back 3,000 years.

The word Kalari means ‘battlefield’ and comes from fighting contact engagements, but the fundamental principle of this artistic and physically powerful practice is to further worthy causes rather than one’s own egotistical interests. 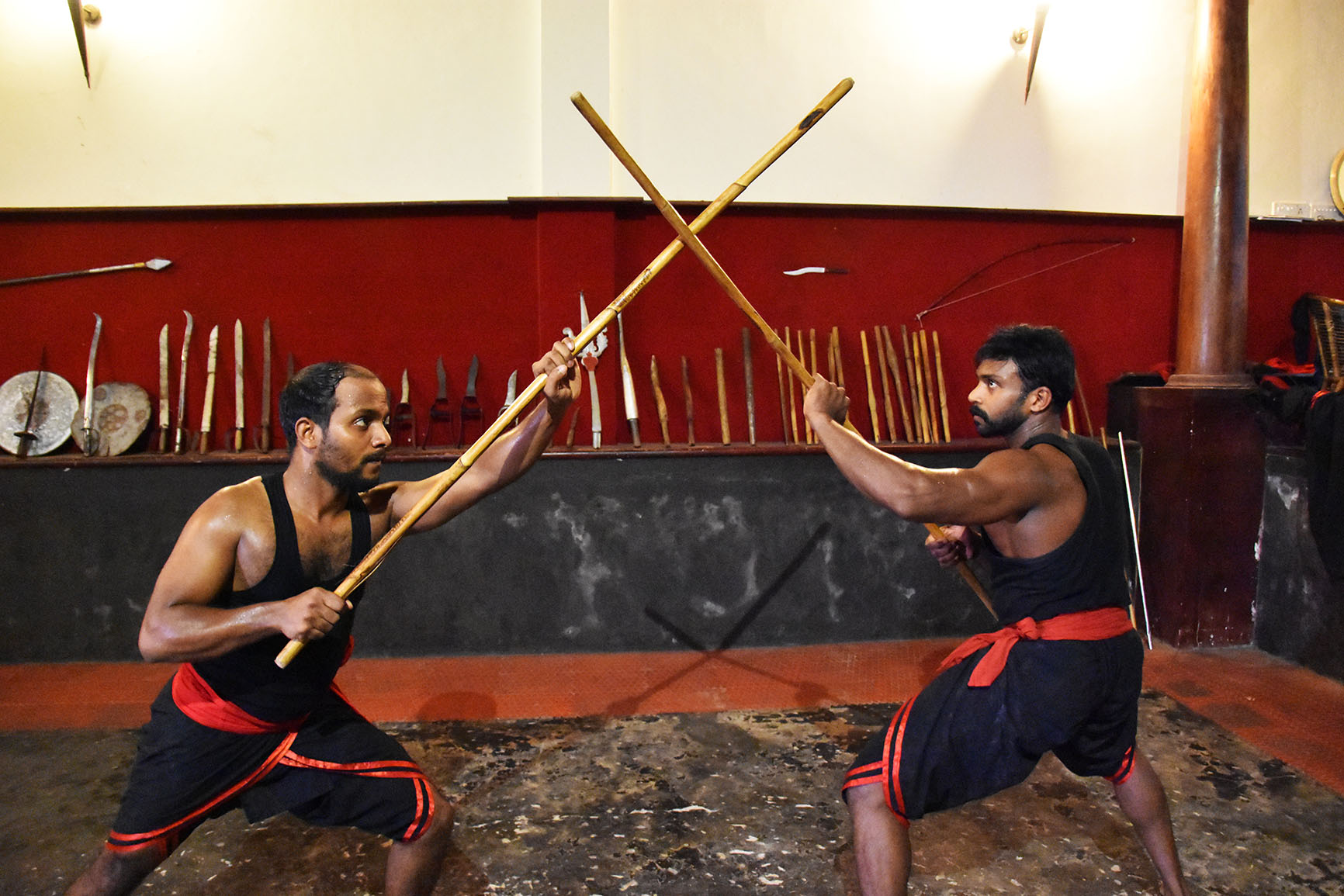 Originating from the southern state of Kerala, it remains hugely impressive whether witnessed as a high-quality entertainment performance, combat show piece or simple day-to-day discipline.

Over the many years I have travelled in southern India, visiting and seeing many a performance, I have always been impressed with the artistry, skill and all-round tour de force of this practice. The mix of physicality, backed up by ritual, movement and enormous mental prowess, is spellbinding. 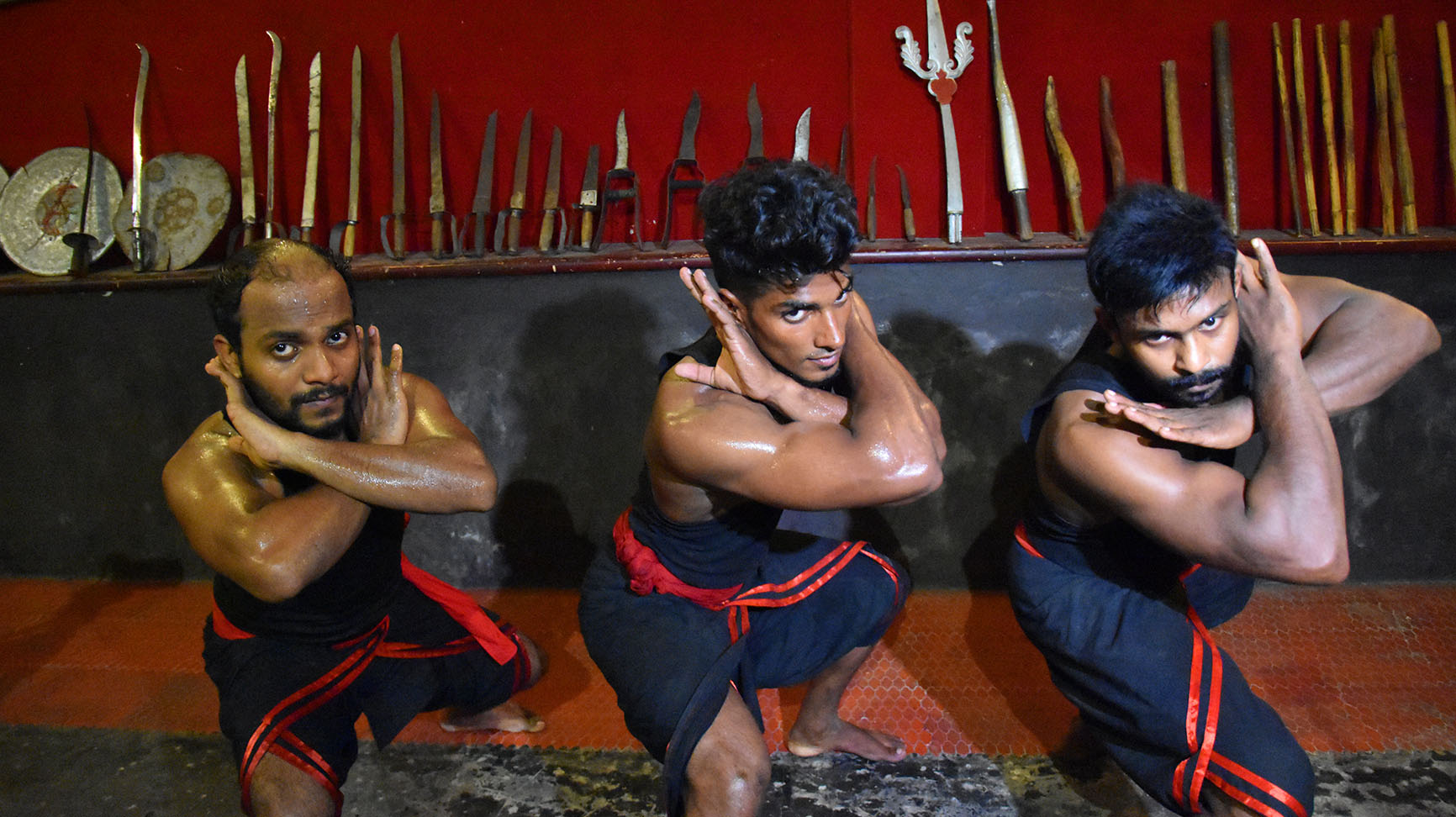 As these photos and brief film show – taken and recorded when I visited Cochin with Richard Crombie – the warriors’ training schedules are intense. Their lightweight weaponry, mobility, strength, flexibility, and lack of restrictive body armour, combine to allow a well-choreographed sparring practice. 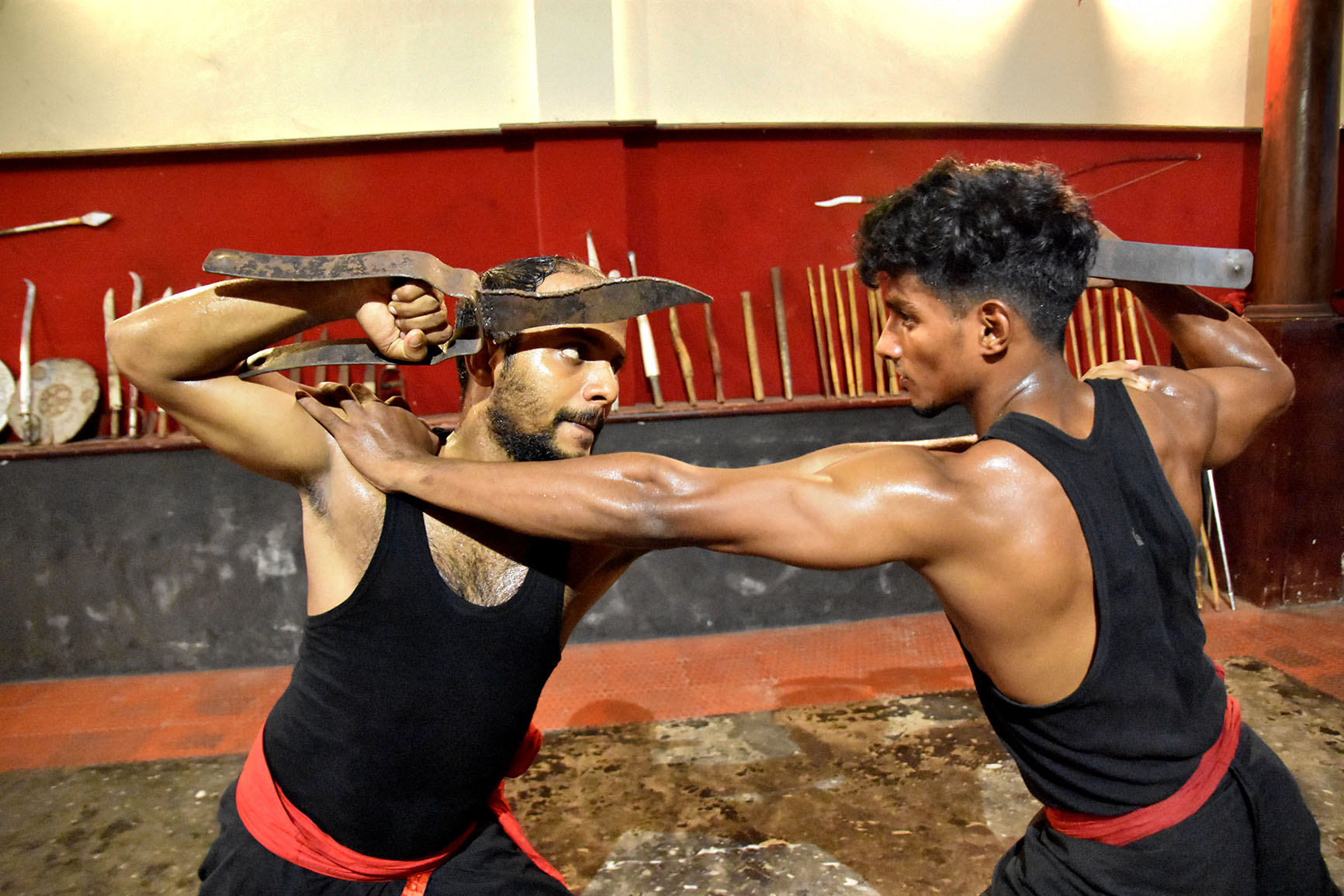 The martial art’s close ties to Hinduism and the Indian guru-shishya system reveals itself through ancient rituals, philosophies, yoga and Ayurveda. An often dreamy, dancelike swirl of movements can culminate in heavy and brutal exchanges. Closely linked to the region’s Kathakai dancers, the study of ancient texts is also significant. 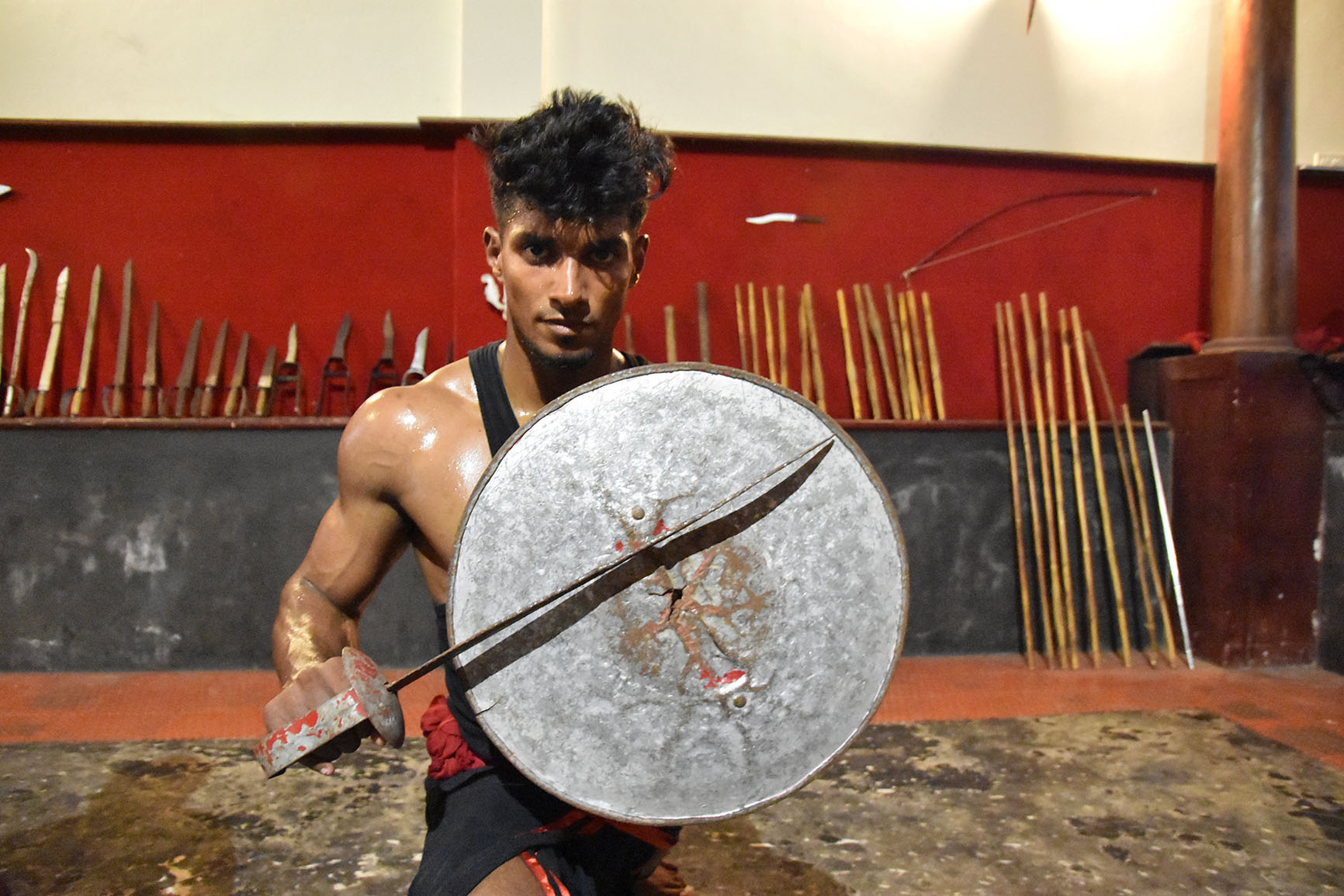 Kalari practice and performance arenas consist of red sand mixed with healing spices. Warriors enter facing east. Ritualistic structures (Guruthara, Ganapatithara and Poothara) face west, and tributes are offered to the gods, and obedience paid to the Kalari temple before practice and training commence. Applying tikka to their foreheads, and using soil from the ground, Kalari practitioners wear training uniforms in two major styles depending on whether they come from the north (Vadakkan Kalari) or the south (Thekken Kalari). 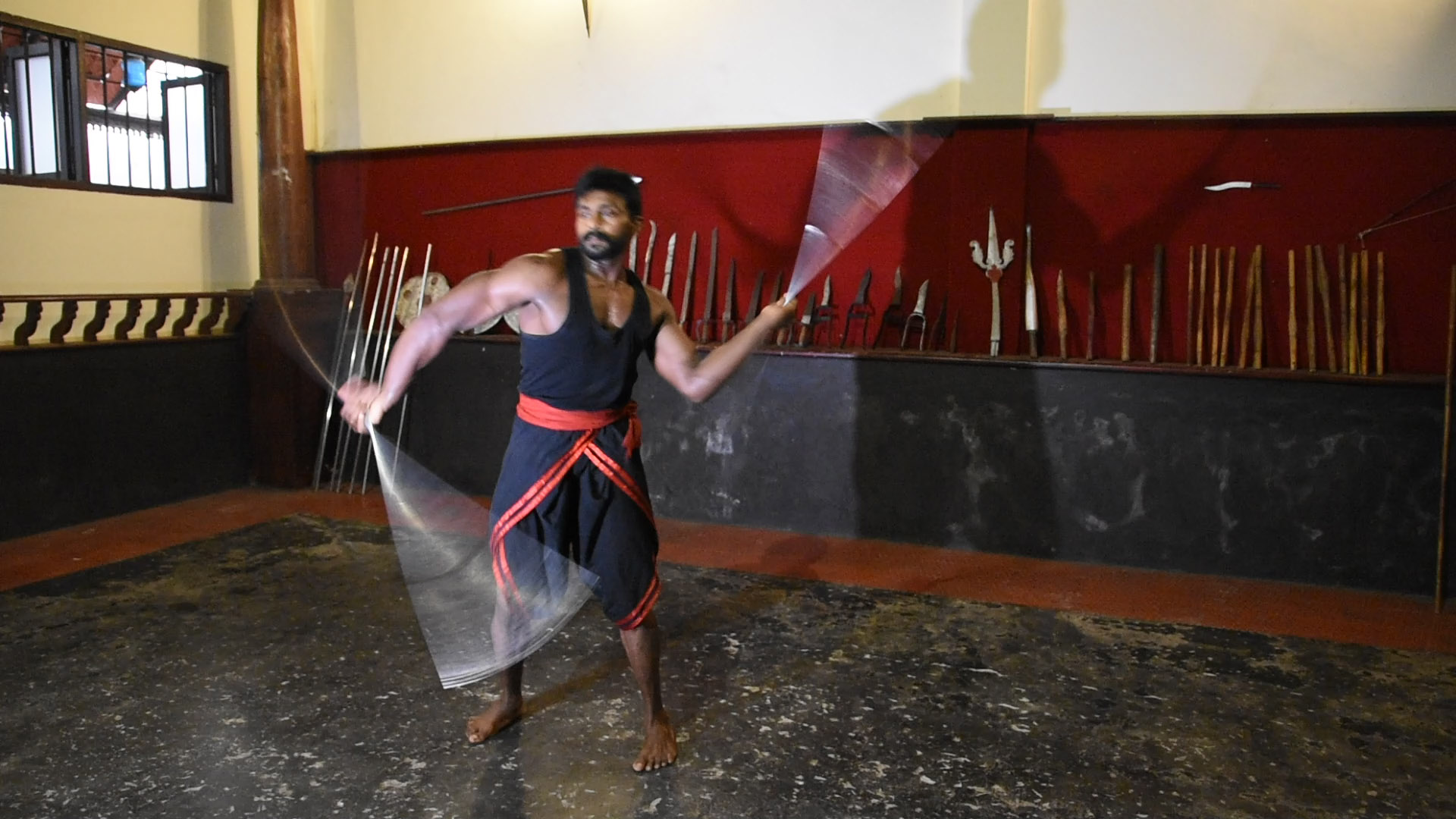 Practised by both men and women, this sacred and magical martial arts is enthralling, and I urge you to take any opportunity to experience it. 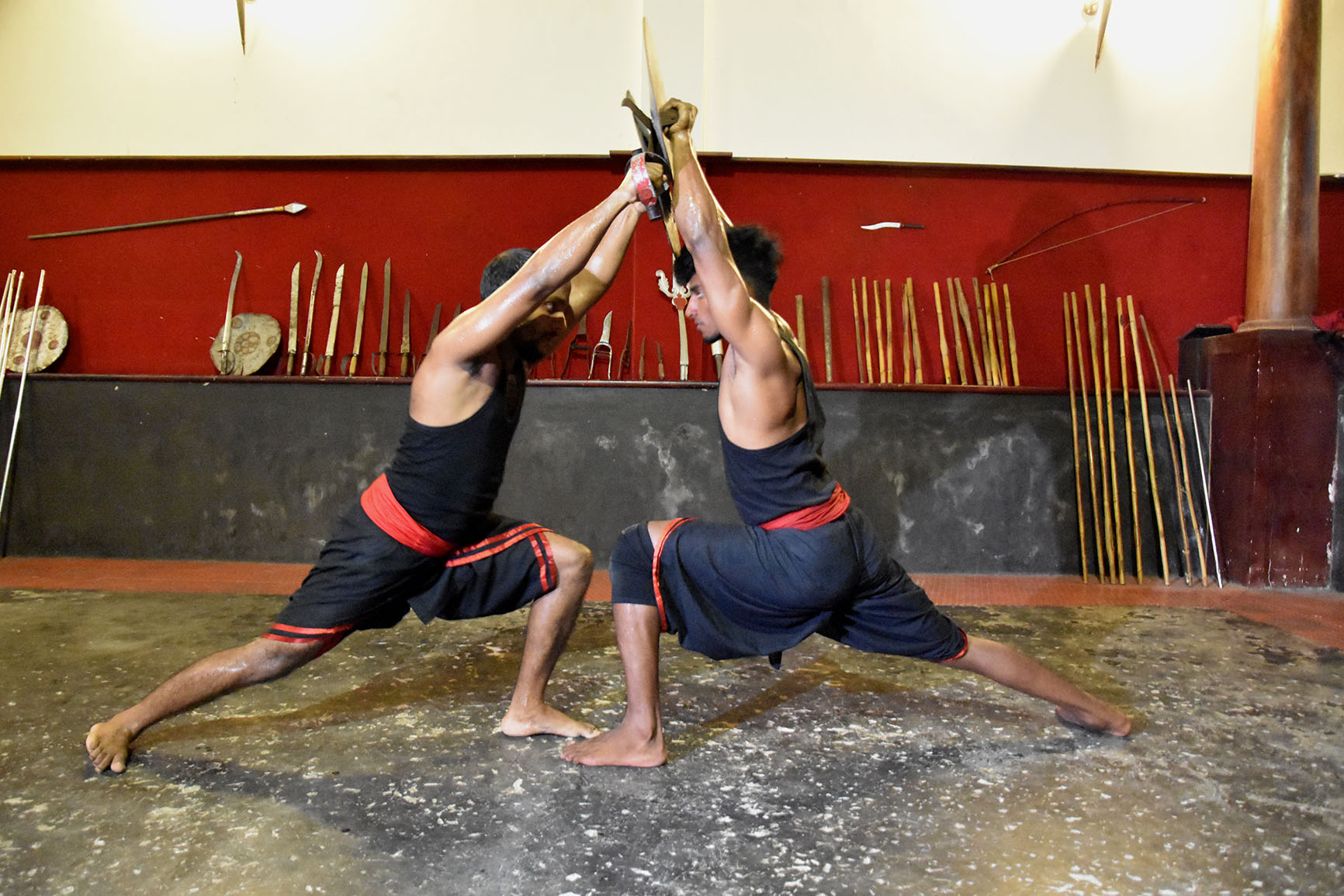 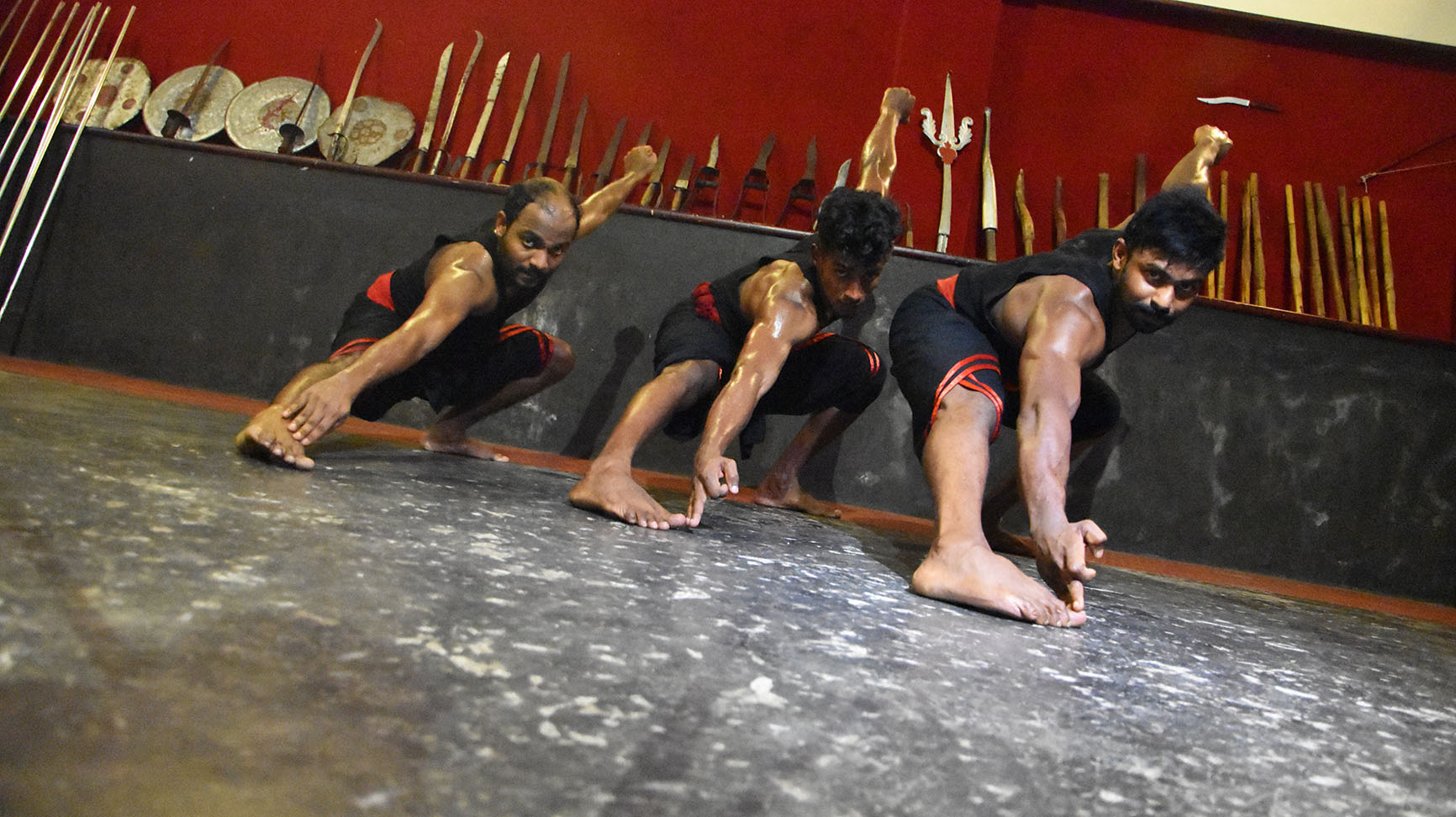