Arequipa, Peru’s second largest city, is as magnificent in its location as it is stunning in its heritage. Enhanced by the most pleasant of all Latino climates it is a ‘must-see’, as rewarding as any other Peruvian highlight. 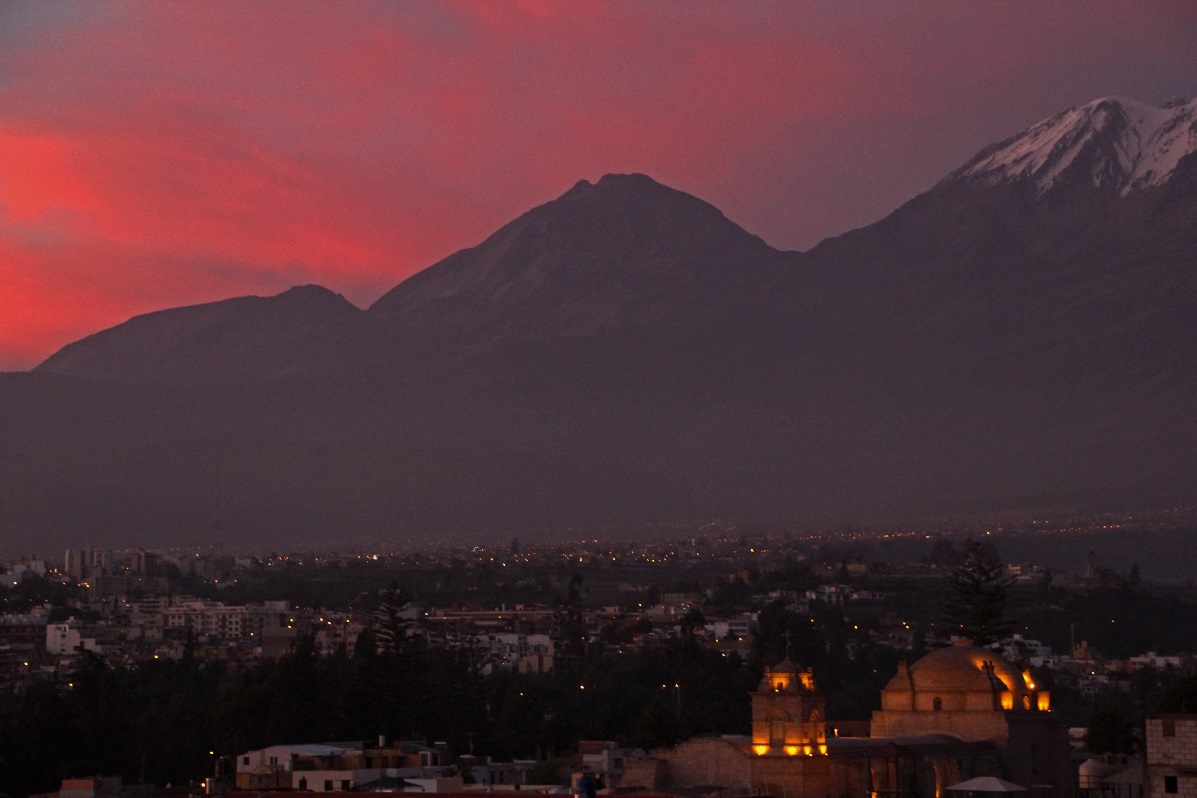 Towerings now-capped volcanoes – the highest of which are Chahani (6,075m) and El Misti (5,821m) – dominate every view from within the city, which is itself an impressive 2,335m above se level.

Culturally Arequipa rightly stands as a UNESCO World Heritage site with Conquistador architecture and array of impressive historical buildings. Having just spent this week’s Easter in the city, with over 170,000 other out-of-towners, I was enthralled by the stunning old town with its immaculate traditional white stone buildings.

I was fortunate to be based a frizzbie throw away from what is, to my mind, the most outstanding of all Arequipan properties – the Monasterio de Santa Catalina. It proved to be one of the most exciting South American cultural locations I have ever visited. 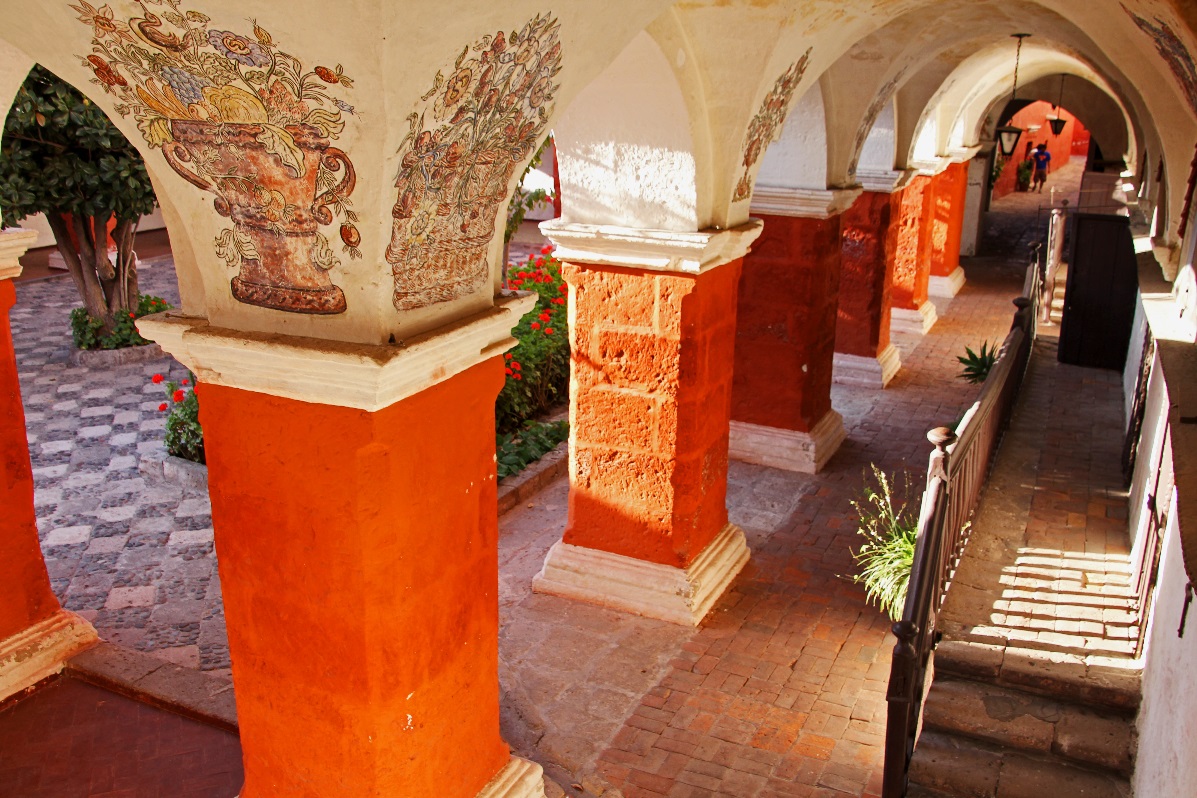 Although called a monastery, it was home to up to two hundred nuns and over three hundred servants: closed to the outside world for over four hundred years from 1570 to 1970.

Today visitors can explore the labyrinth of rooms, out-houses, colourful streets, communal buildings, courtyards, cloisters, miniature plazas and impressive religious shrines that make up what is, without doubt, one of Peru’s most prestigious and important religious buildings.

The striking Moorish Mudejar architecture is beautifully enhanced by what feels like an overload of colour. Ocean blue courtyards, flowered gardens and a deep terracottaToledo Street – with a kaleidoscope of coloured apartments and outhouses – leading through to sun kissed yellow prayer rooms and white stone assembly halls. 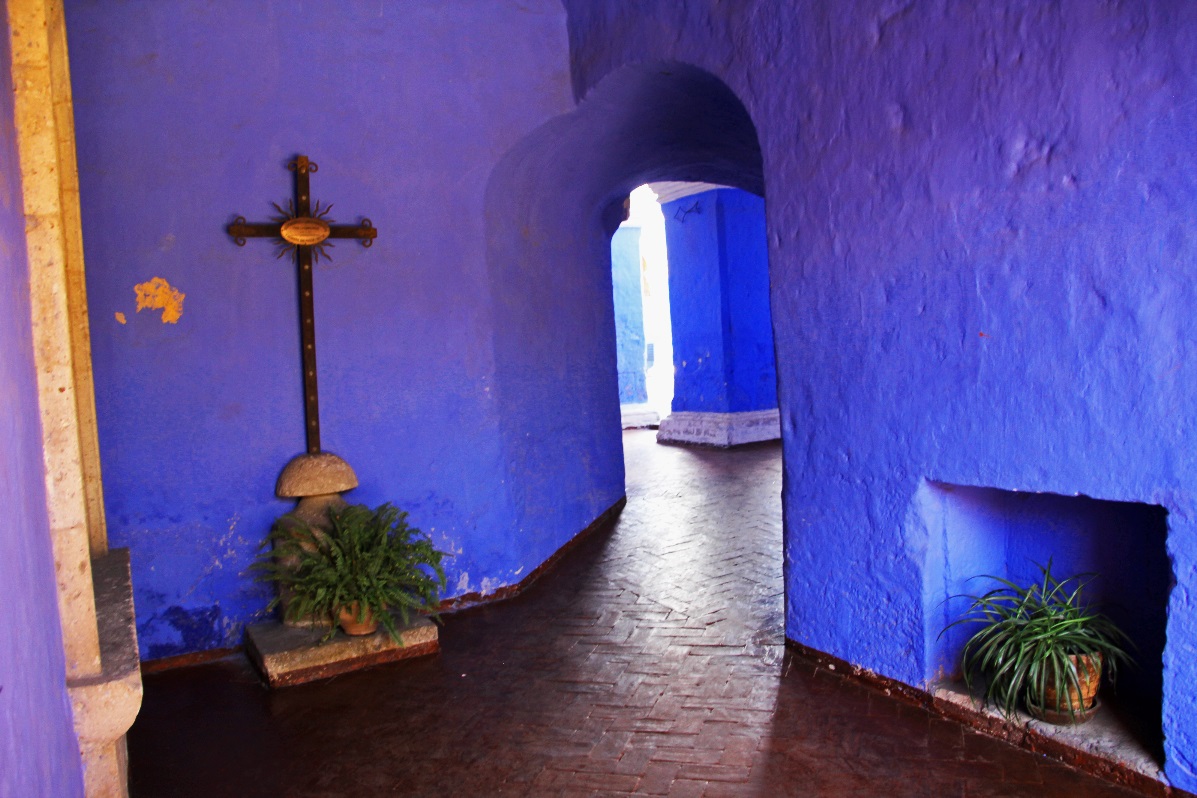 The monastery itself, with so many nooks and crannies, feels like a city with-in a city.  Monastic furnishings and a calm ambiance reflect what was presumably always aclose and calm community. One of the earliestsponsors, Maria de Guzman, was so taken with the opportunities for a safe haven and an education the monastery offered to young girls and women that she entered the sisterhood herself and donated her worldly belongs to the walled community. The magic of the monastery has obviously continued pulling in visitors over time.

Today’s treat is having the opportunity to see what the snow-capped surrounding volcanoes have been peering down into for nearly four hundred and fifty years. I experienced similar emotions to those I felt when I first walked through the walls of the Forbidden City in Beijing and up through the ramparts of the Potala Palace in Lhasa. A journey back through time into a once private world. 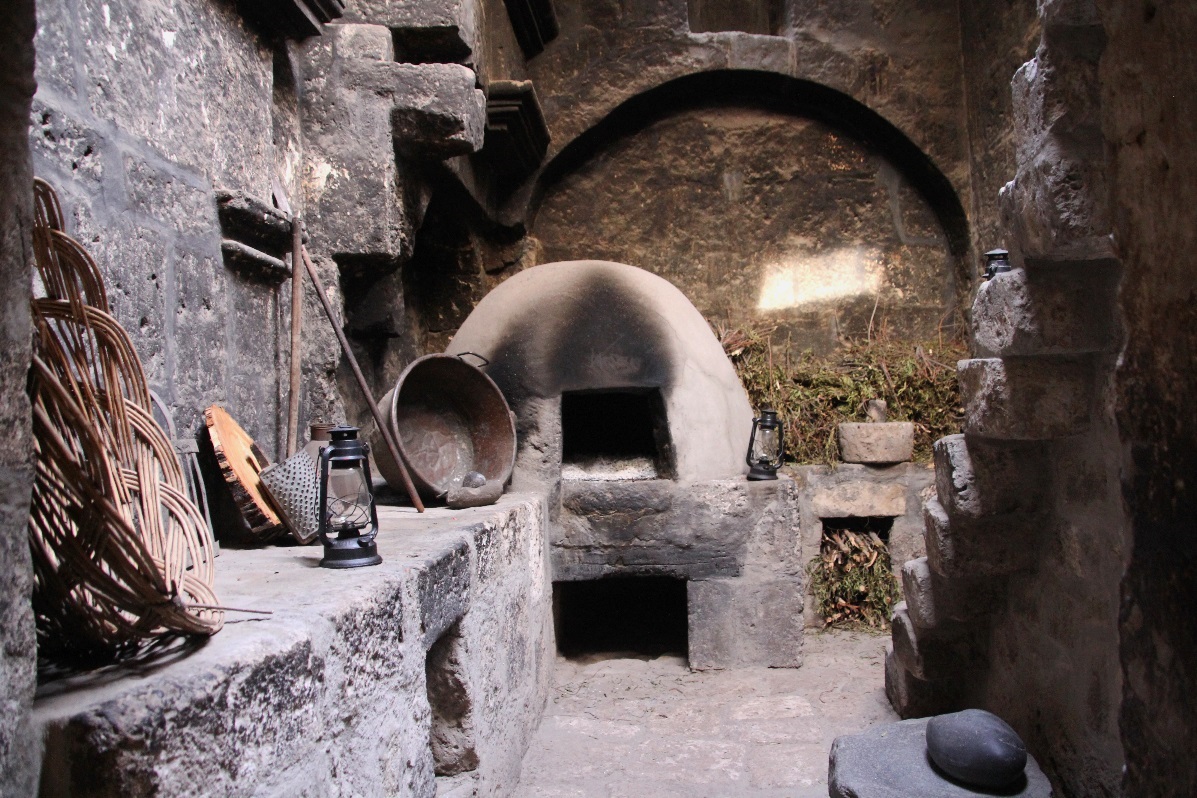 So whether in the Easter spirit or not, I recommend that any visitor to Arequipa sets aside time to enjoy the Monasterio de Santa Catalina. 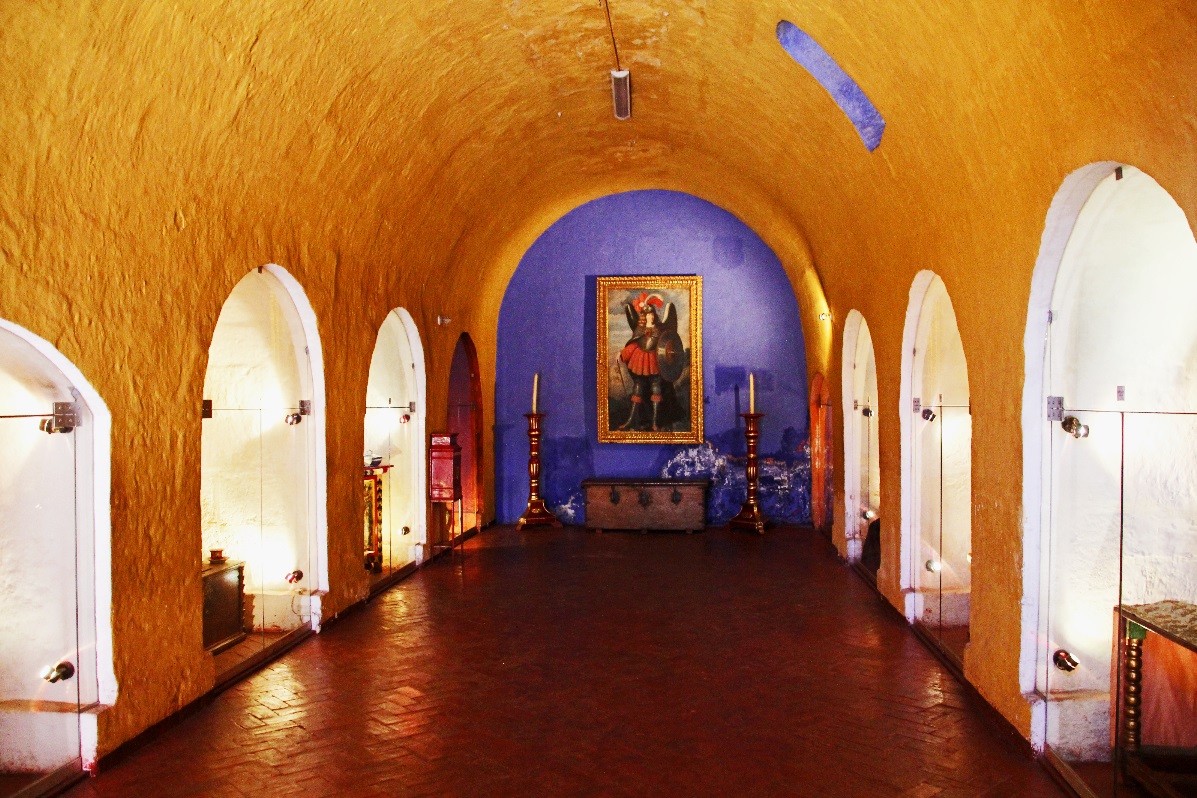 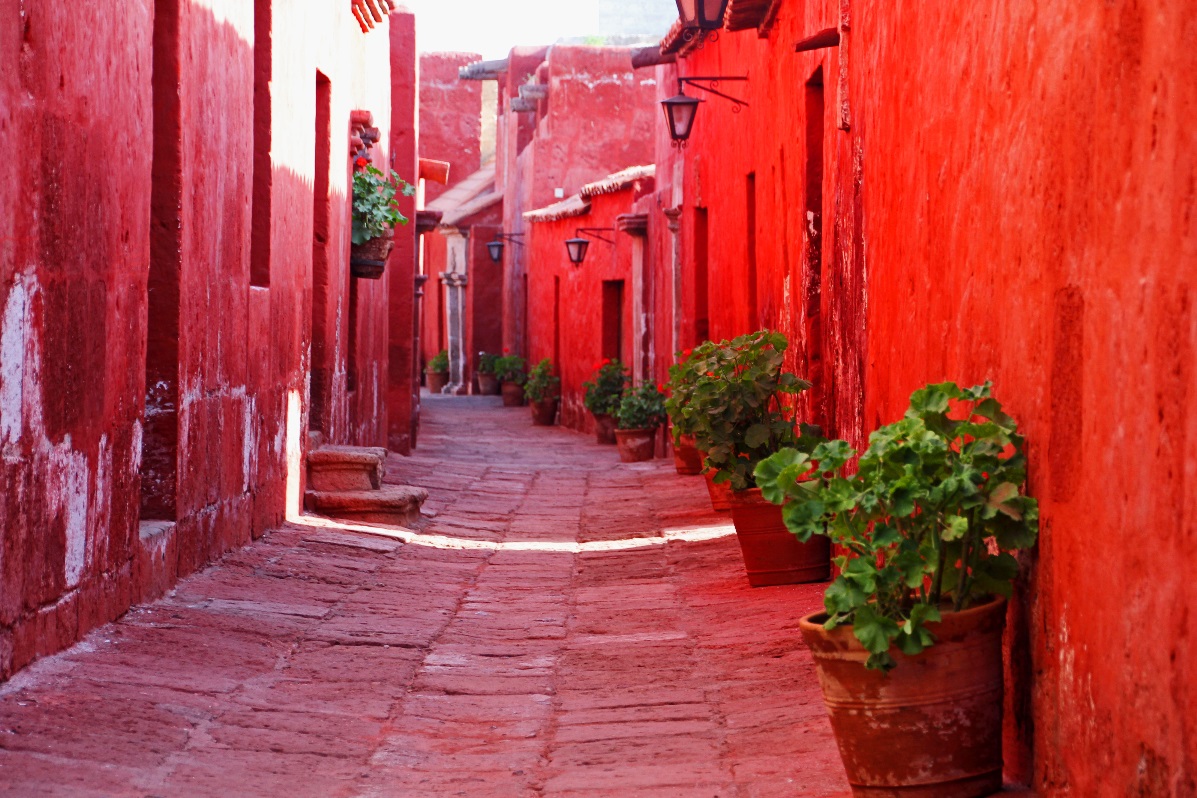 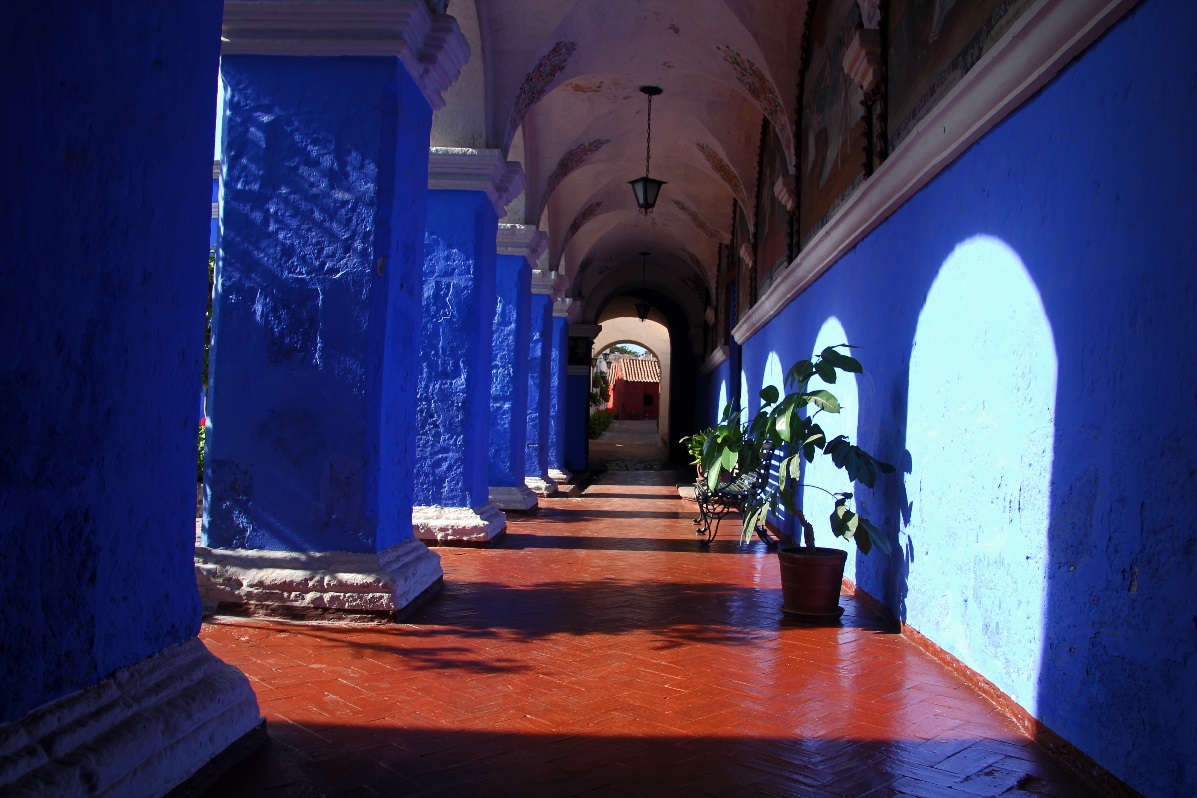 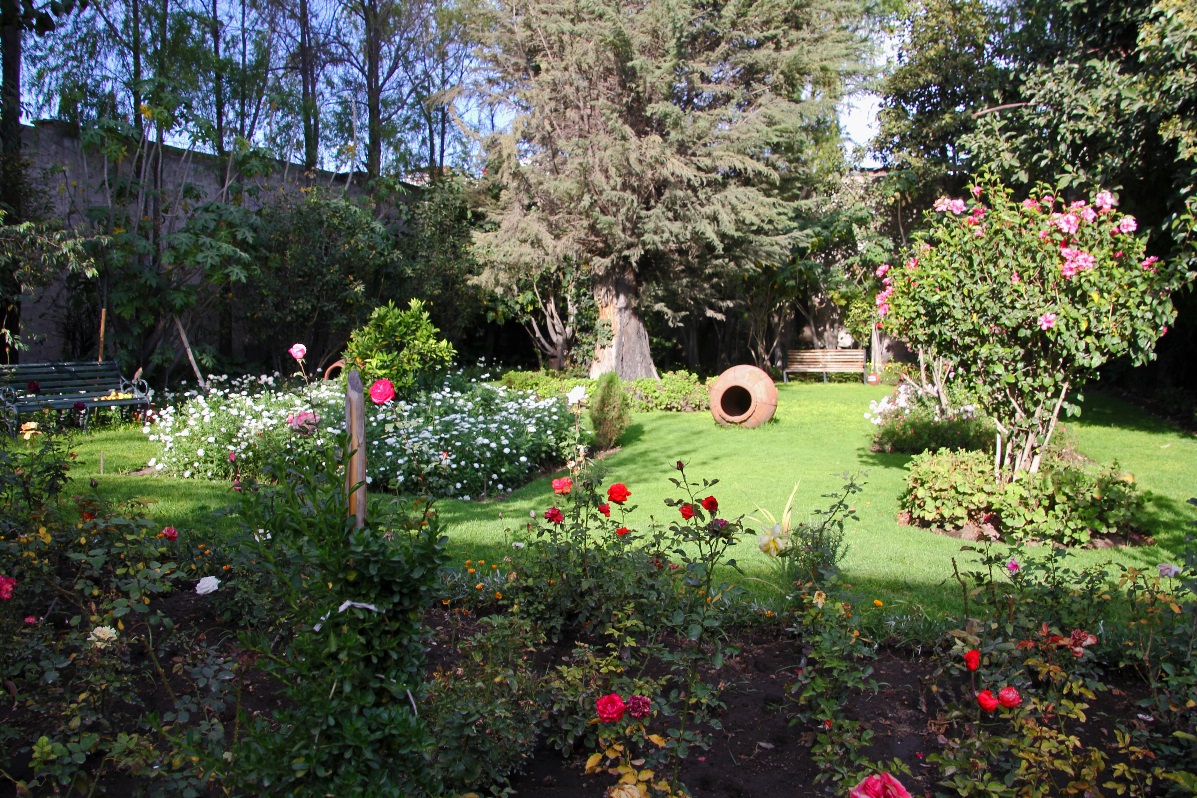 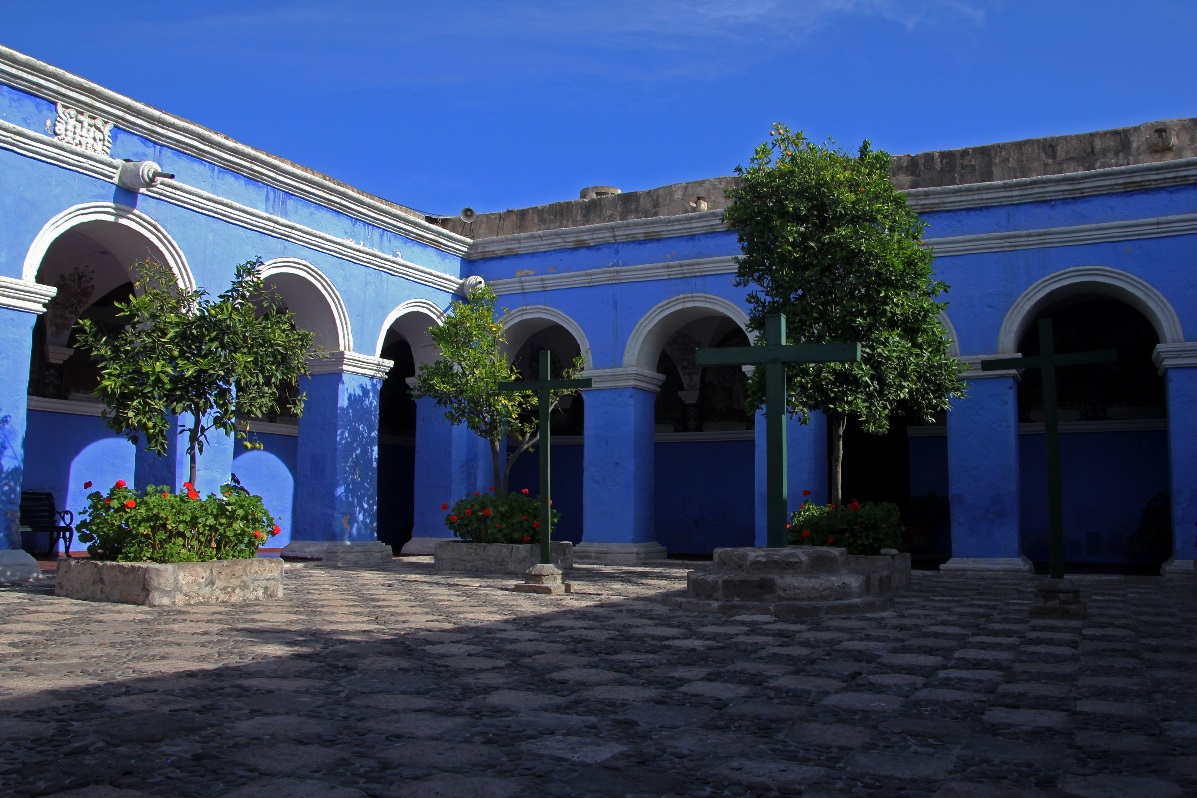 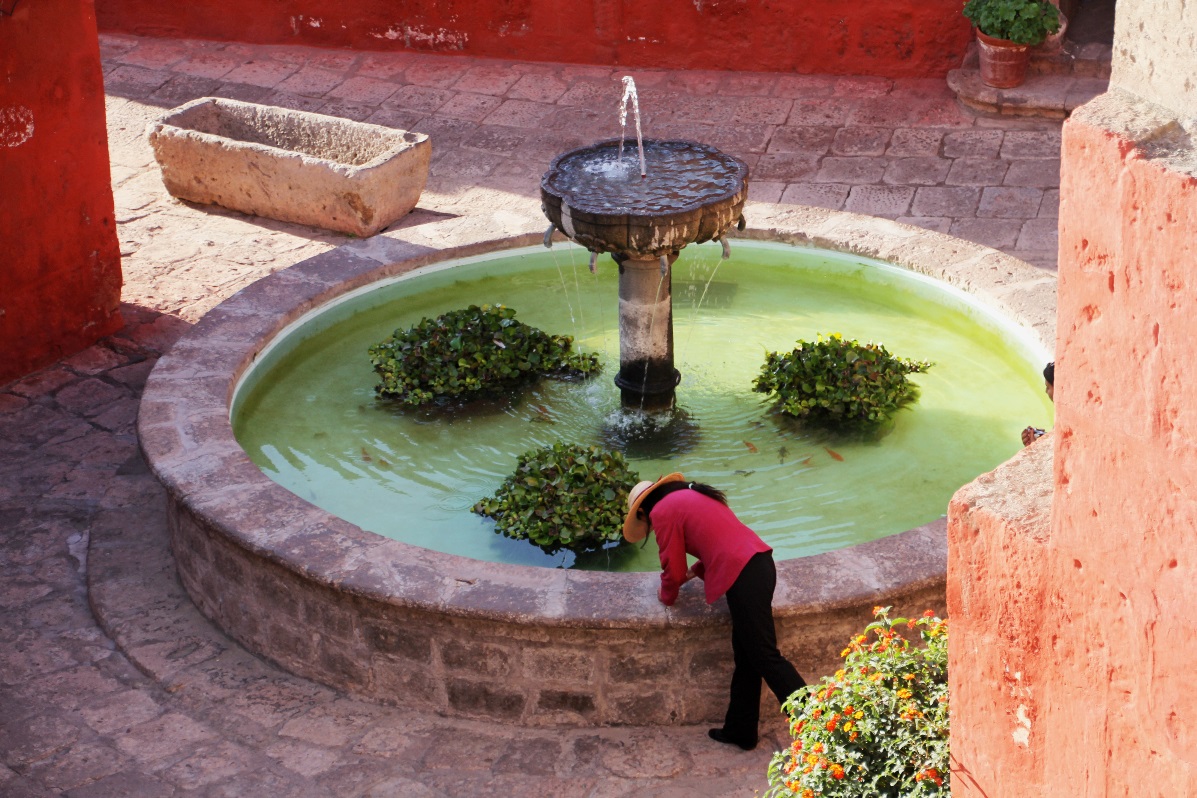 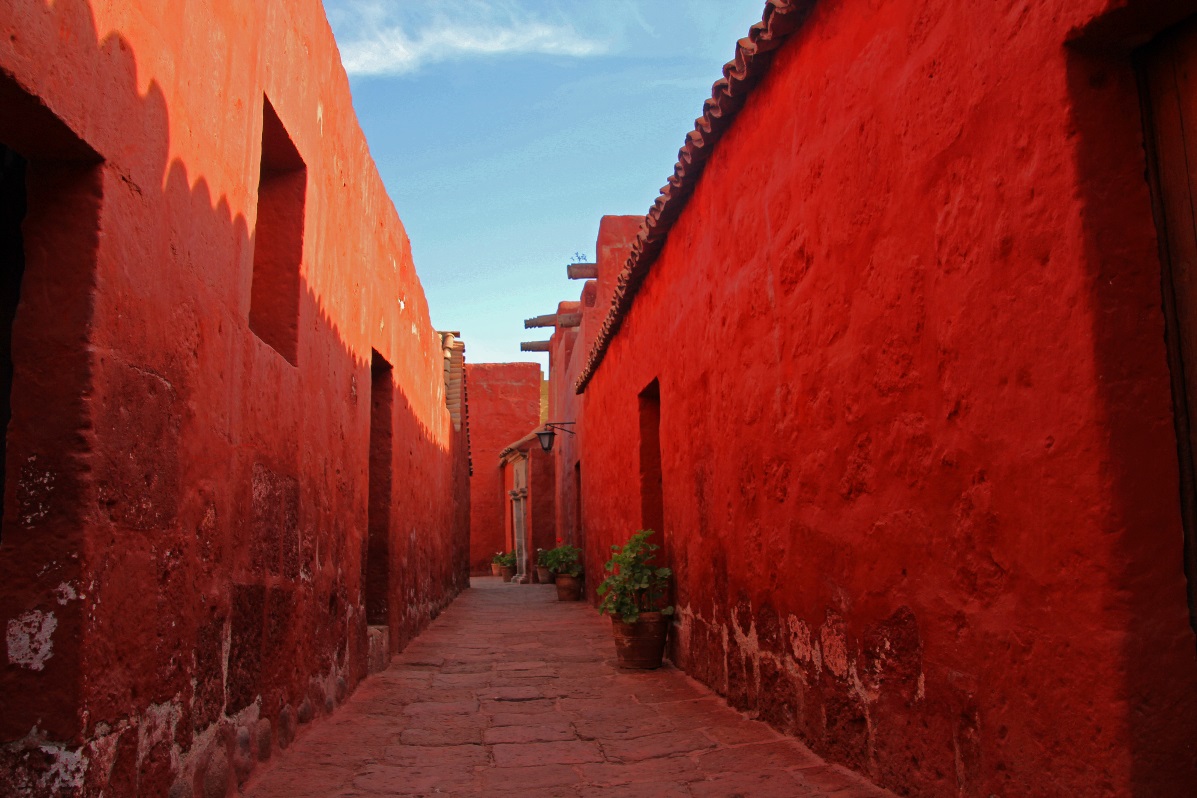 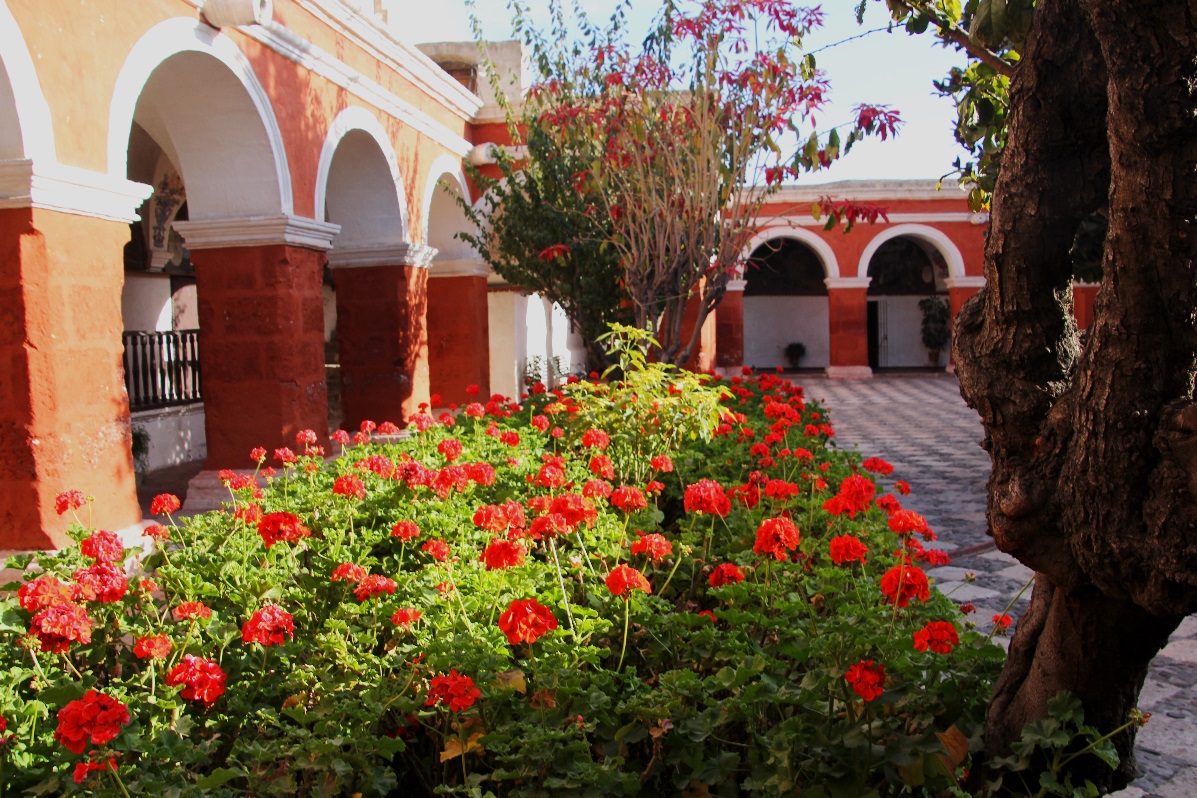 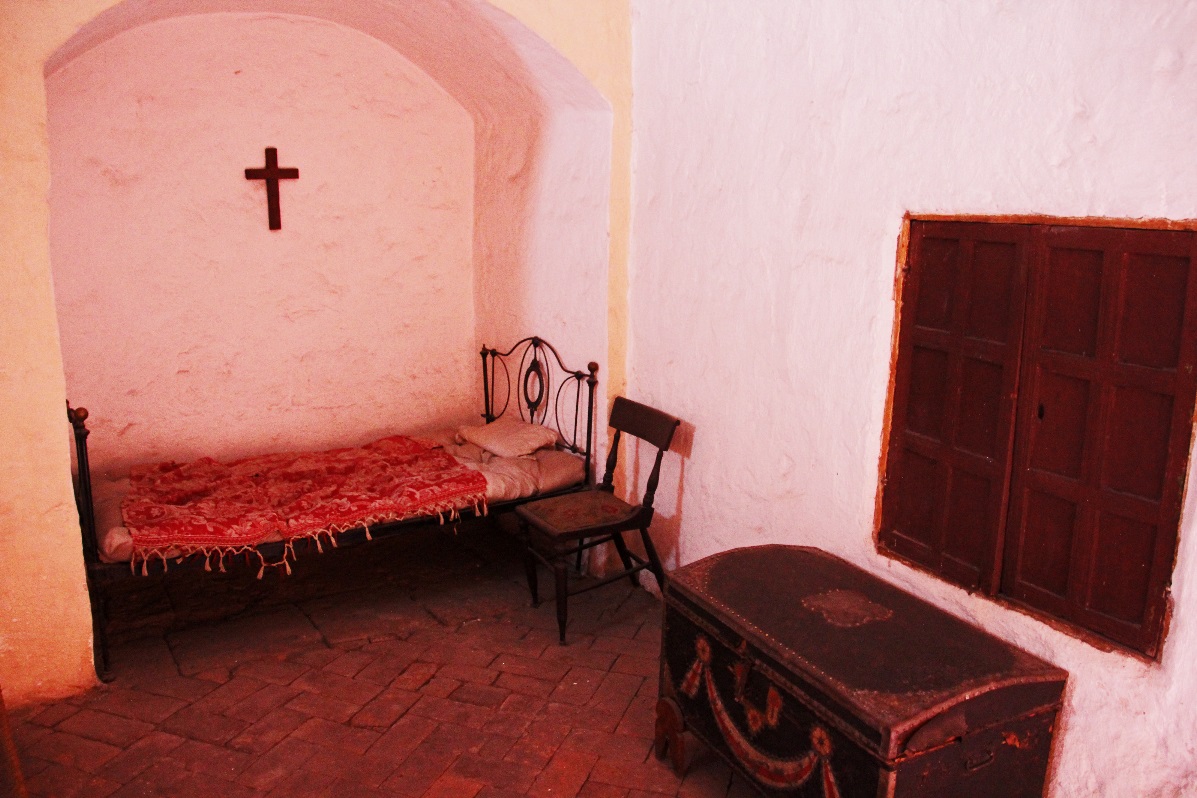 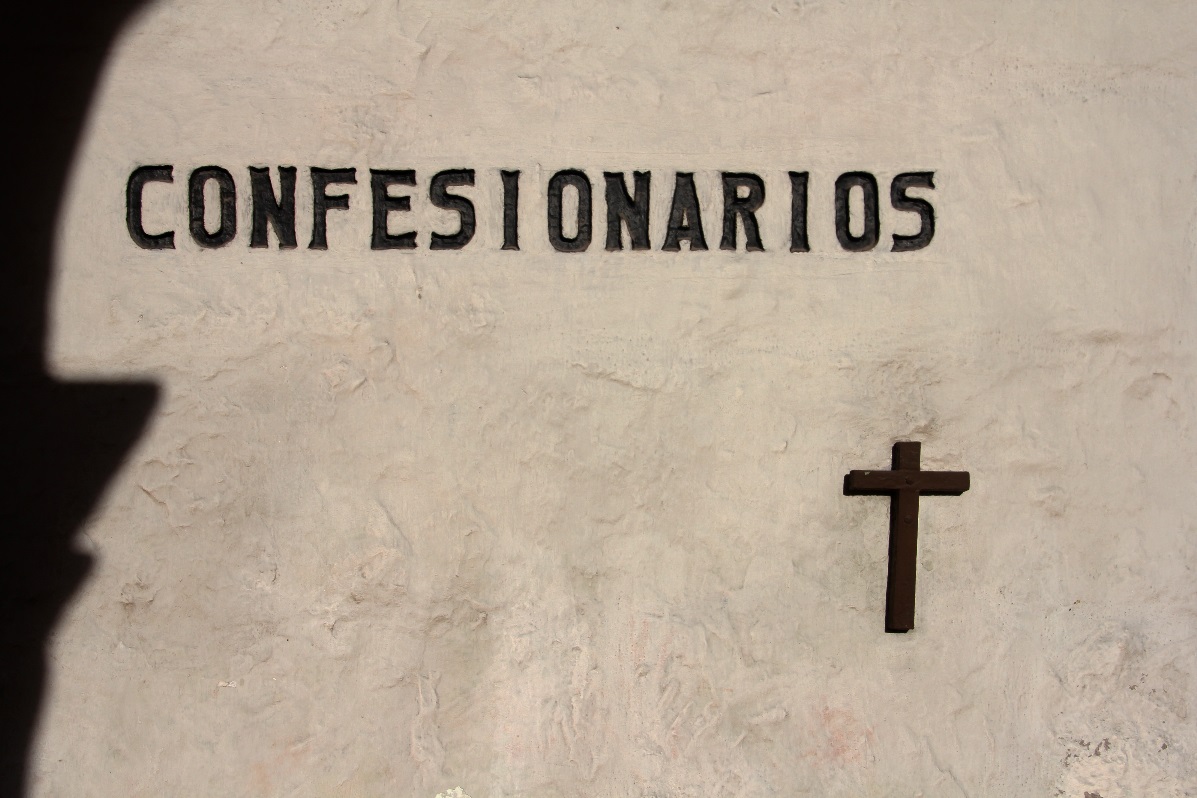 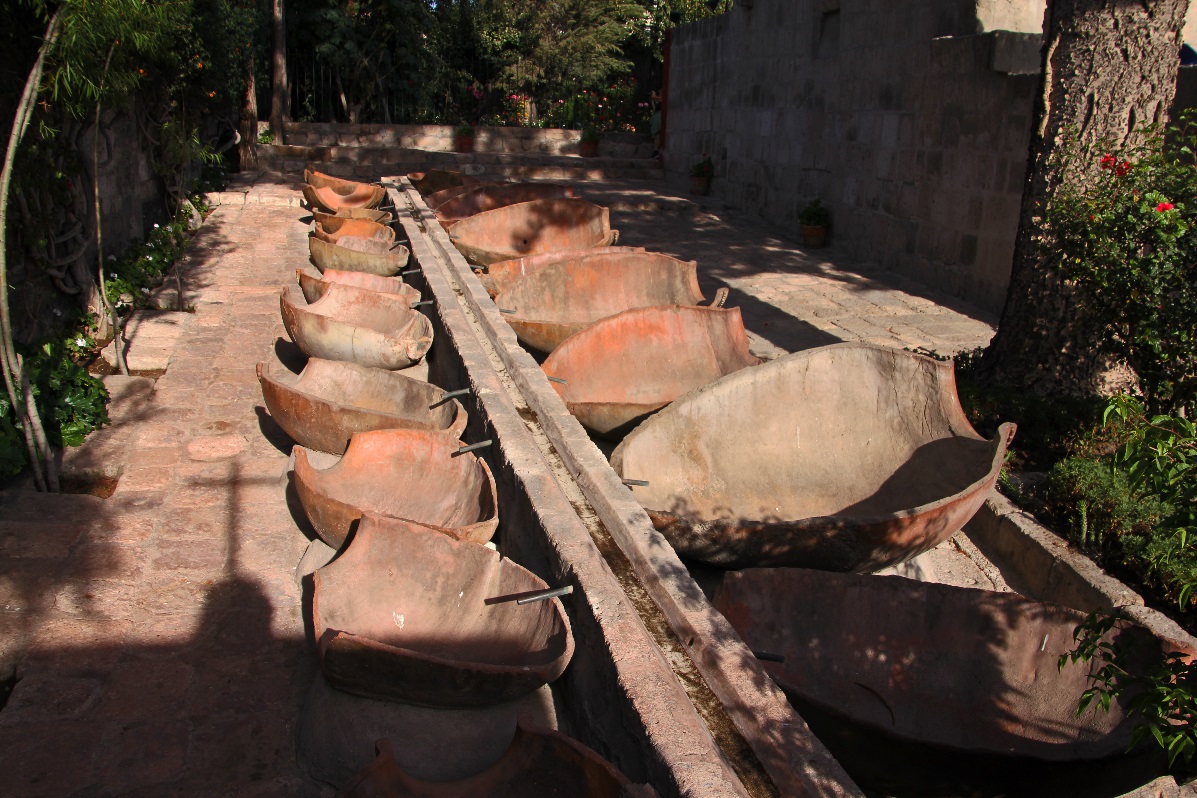 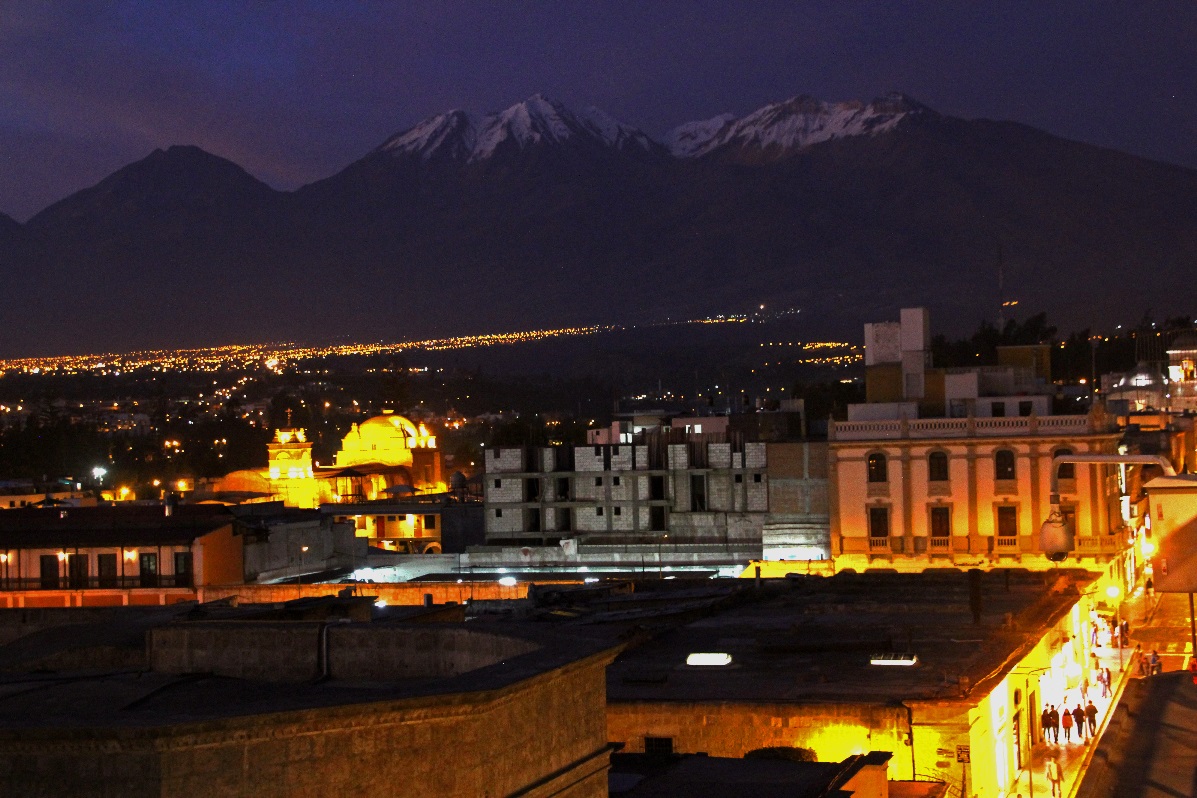