The very word ‘Bhopal’ conjures up images of the appalling chemical gas leak tragedy in December 1984.

Regarded as one of the world’s worst industrial catastrophes the Union Carbide pesticide plant chemical leak of methyl isocyanate reportedly killed nearly 8,000 people initially and approximately 20,000 to 30,000 people in total. An estimated 45,000 others are also said to have been directly affected by the poisonous emissions.

Notwithstanding the tragic loss of life, the issue of how well cared-for and compensated the surviving victims have been, and who has responsibility and ownership of their ongoing plight, is still a cause for concern. Nearly thirty years on, the civil and criminal cases in the USA and District Court of Bhopal are still pending.

At the time the leak happened, UCIL (Indian Subsidiary of Union Carbide), who ran the plant, was 49.1% owned by the Indian public and 50.9% owned by the Union Carbide Corporation (UCC). In 1994 the Supreme Court of India allowed UCC to be sold to Eveready Industries India Limited who in turn sold the concern on to McLeod Russel (India) Ltd. In 2001 Dow Chemical Company obtained UCC.

The London 2012 Olympics has now become a focal point for campaigners as Dow Chemicals are one of the main sponsors and will provide the decorative wrap for the London Olympic stadium, in addition to its products being used in the running track, hockey pitches, broadcast centre, accommodation and stadia.

Politicians, the International Olympic Committee, pressure groups, victims and campaigners continue to engage in debate on what should be the most appropriate course of action.

The legacy of the disaster has meant that the outside world still has very little knowledge or understanding of Bhopal. The good news is that Bhopal, located in the heart of India’s Madhya Pradesh State, is frankly one of the country’s most remarkable and fascinating destinations.

At Nomadic Thoughts we wholeheartedly encourage clients to visit the city and surrounding area, as it is one of India’s oldest, enjoying a rich heritage, extraordinary history and vibrant, yet relatively gentle ambiance. Set on two charming lakes Bhopal enjoys an impressive animal conservation area (Van Vihar) with tigers, leopards, bears and a variety of water-based wildlife a stone’s throw from the city centre. 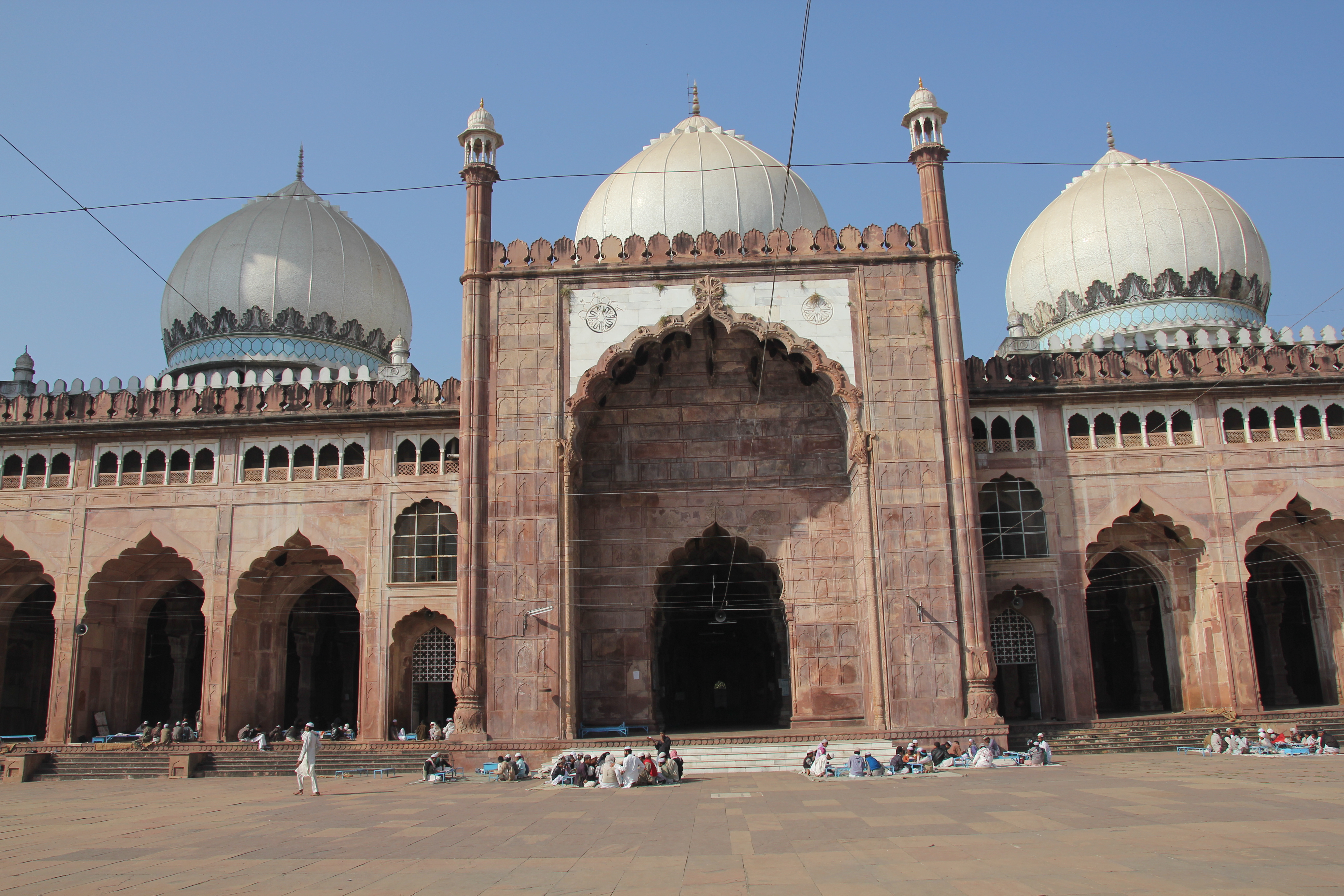 I recently visited Bhopal with my family and regard the Satpura National Park (nr. Bhopal) as one of India’s best kept wildlife secrets. We saw an abundance of magnificent bird life, sloth bear, wild dog packs and hordes of Indian Gaur. The park is also home to leopard.

The World Heritage Site of  Sanchi (68 kms from Bhopal) offers the oldest Buddhist Sanctuary dating back to 2nd & 1st Centuries BC.

We found the calm mix of Muslim and Hindu cultures particularly evident during our visit to Taj-ul-Masajid Mosque. The structure (claimed to be the biggest Mosque in India) is impressive enough with massive pillars in the hall holding 27 ceilings through squinted arches – of which 16 ceilings are decorated with beautiful petal designs.

What we found even more impressive was the warm welcome we received. Used during the day as a Madrasah (Islamic school for boys) we were privileged to witness the school in action, enjoying friendly communication with both pupils and teachers.

The latter quizzed my thirteen-year-old son closely on what he was taught back in England. Of particular interest to the staff, who focus their explanation of the world around us specifically through the teachings of the Koran, was that my son’s school concentrated on science, geography and history classes.

My son, who probably has yet to fully embrace the delights of school learning was amazed the Taj-ul-Masajid students were taught to memorise the whole Koran word for word in Arabic – a language they do not speak themselves. It certainly threw a different light on the relative energy and concentration required for his poetry learning homework 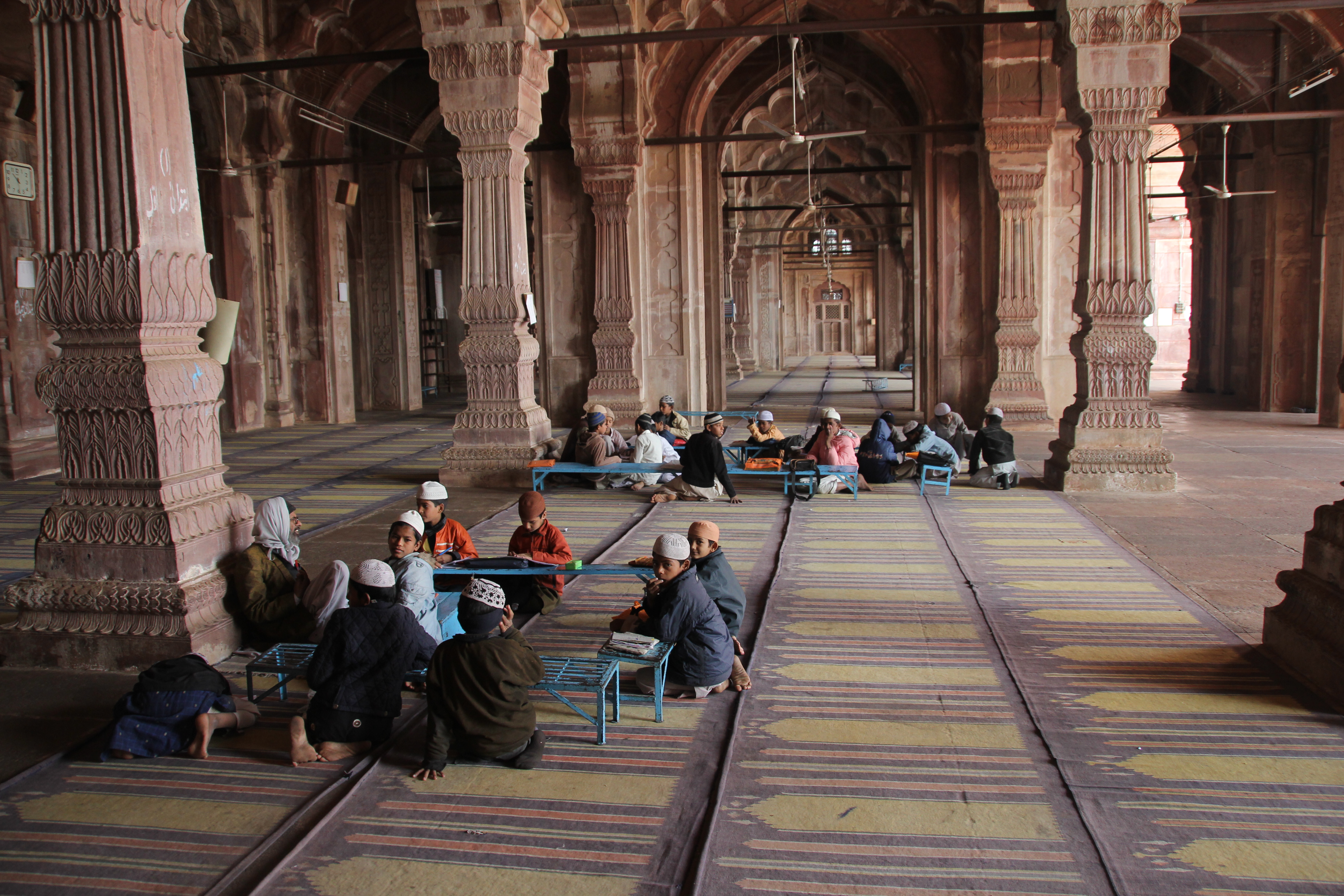 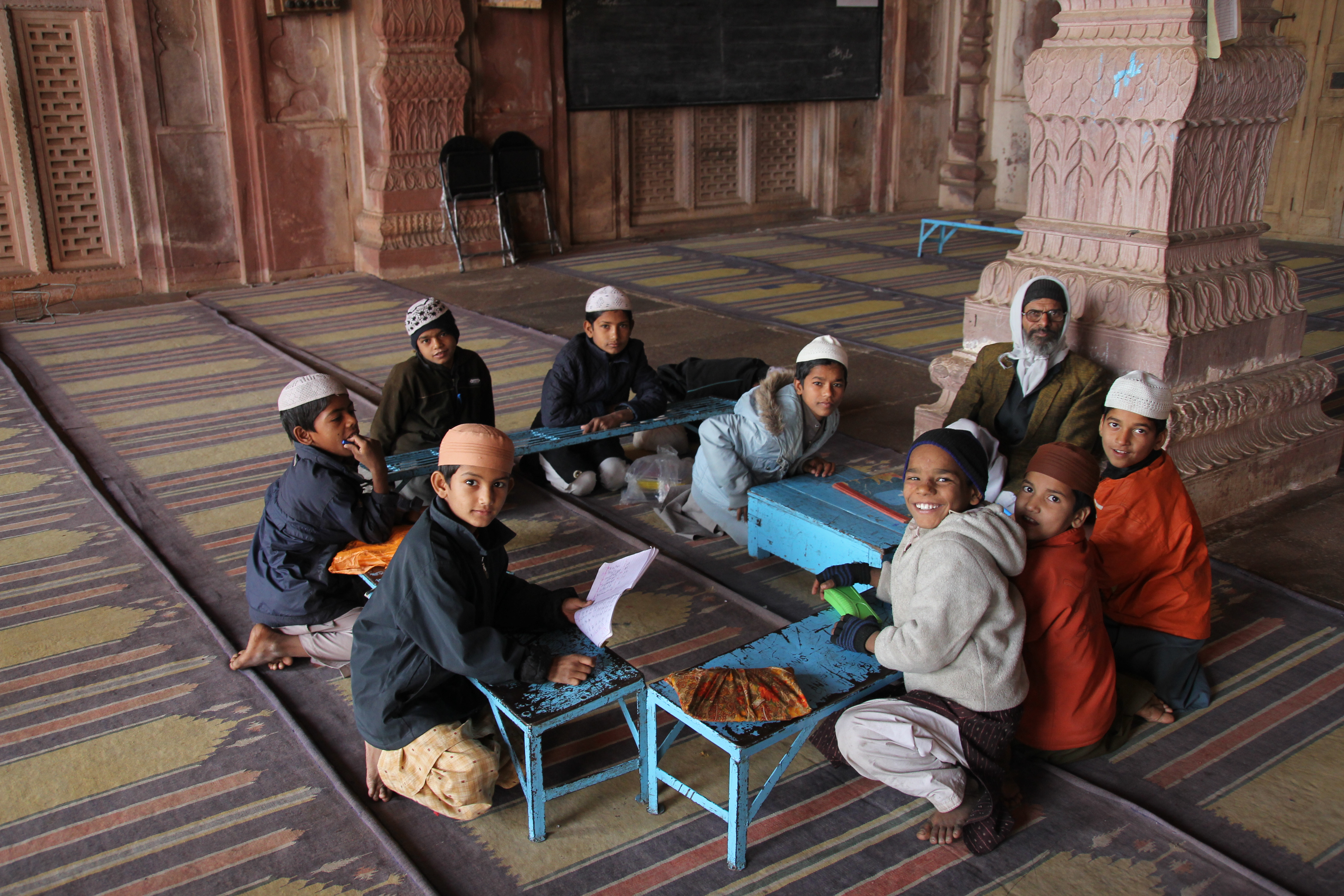 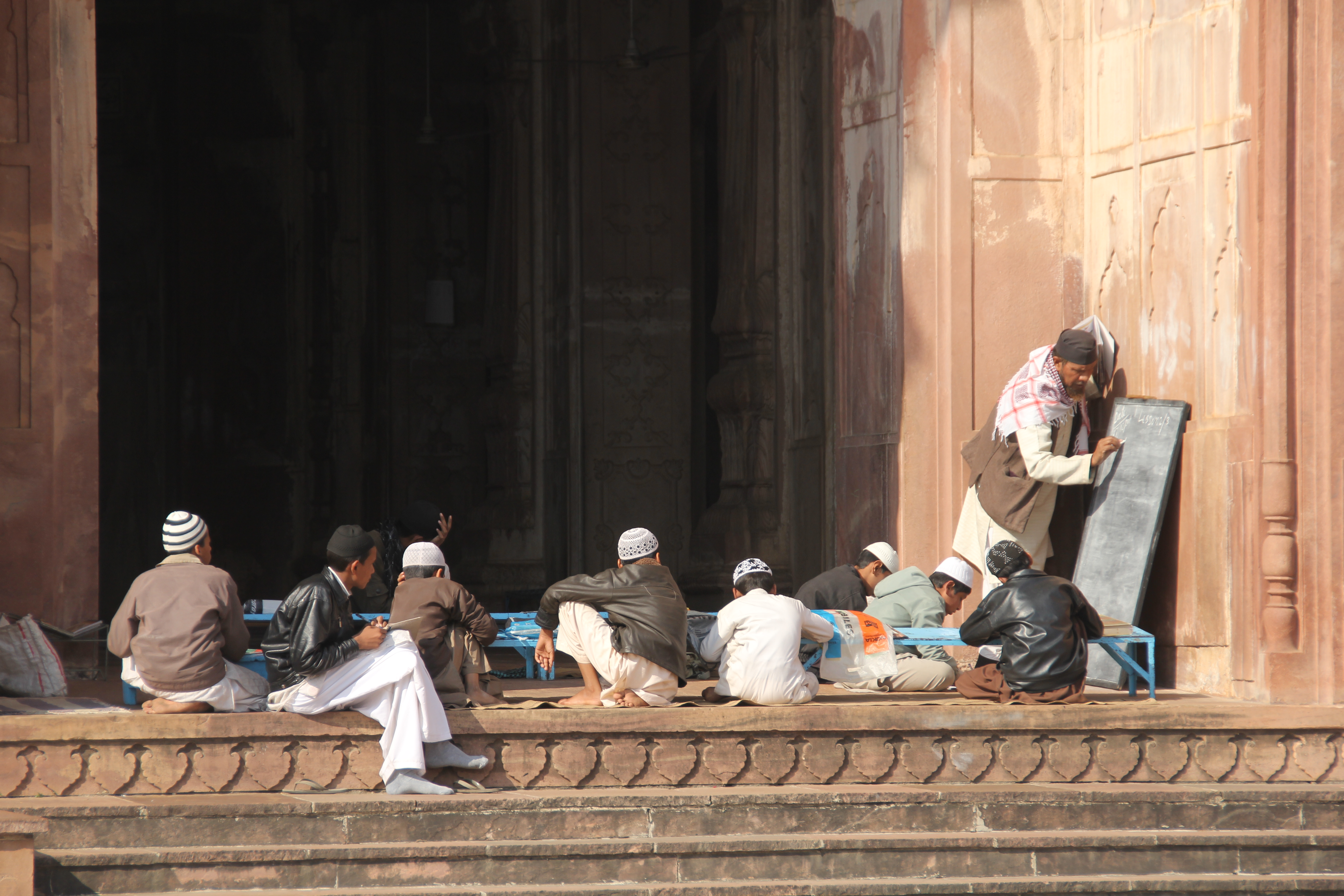 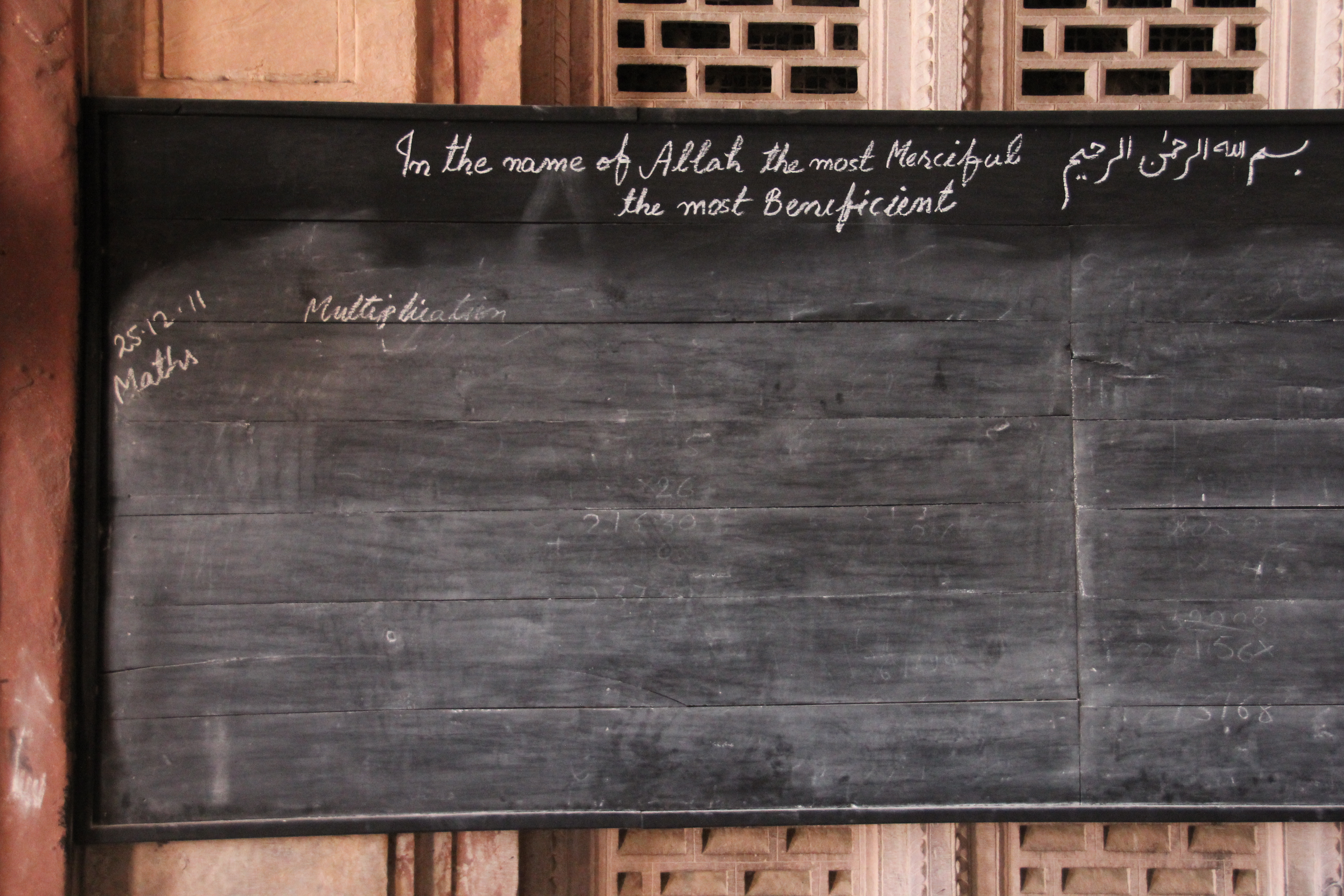 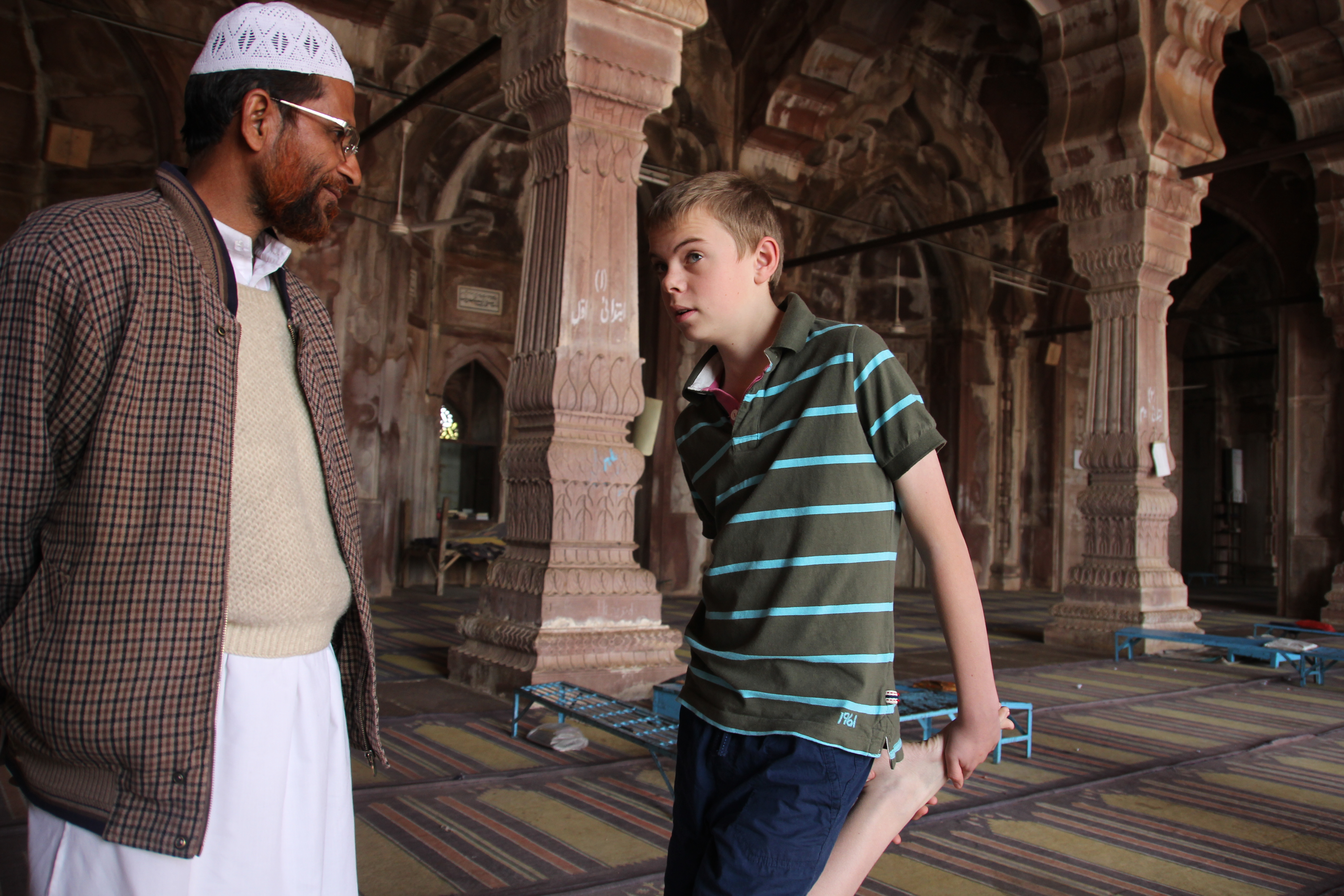 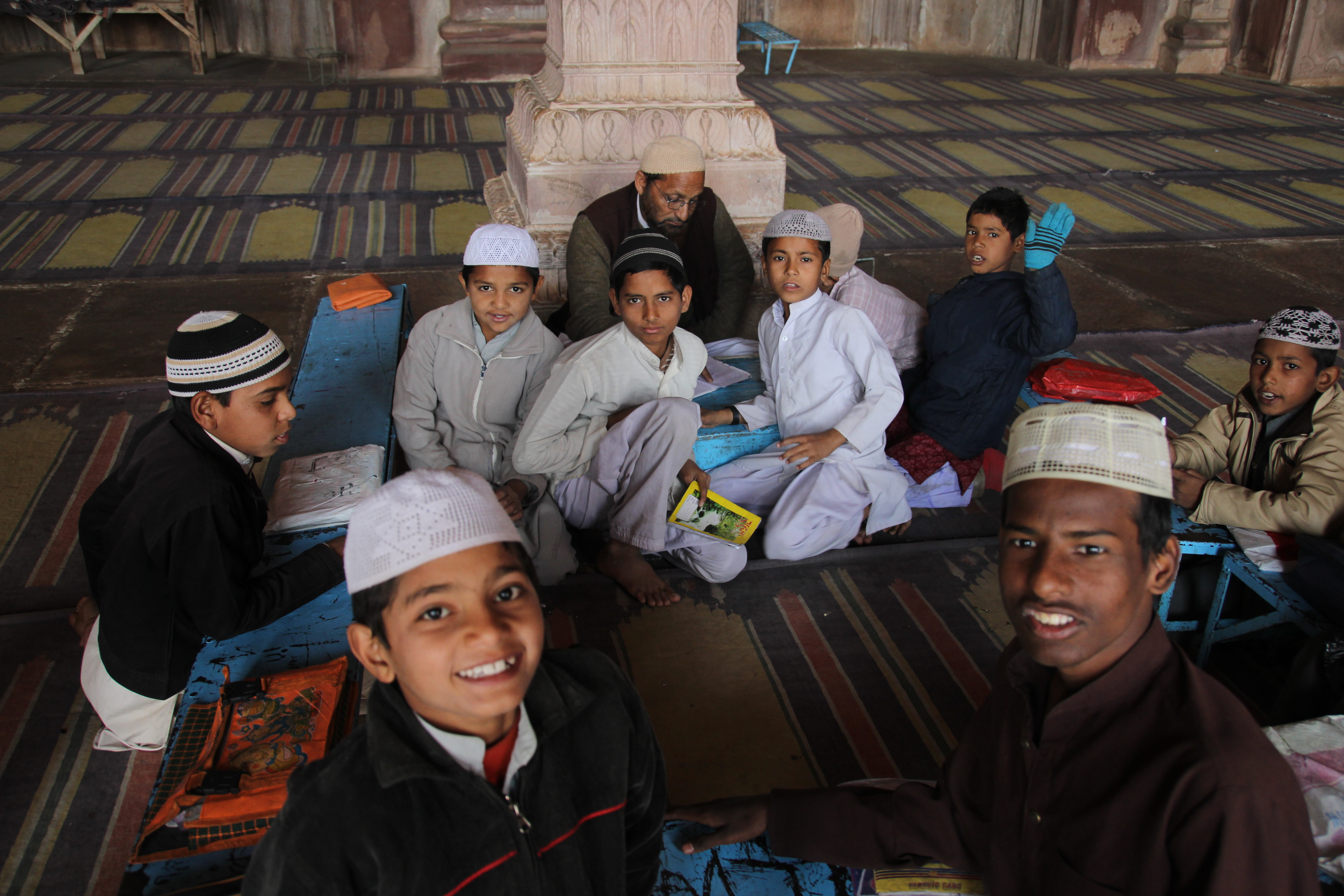 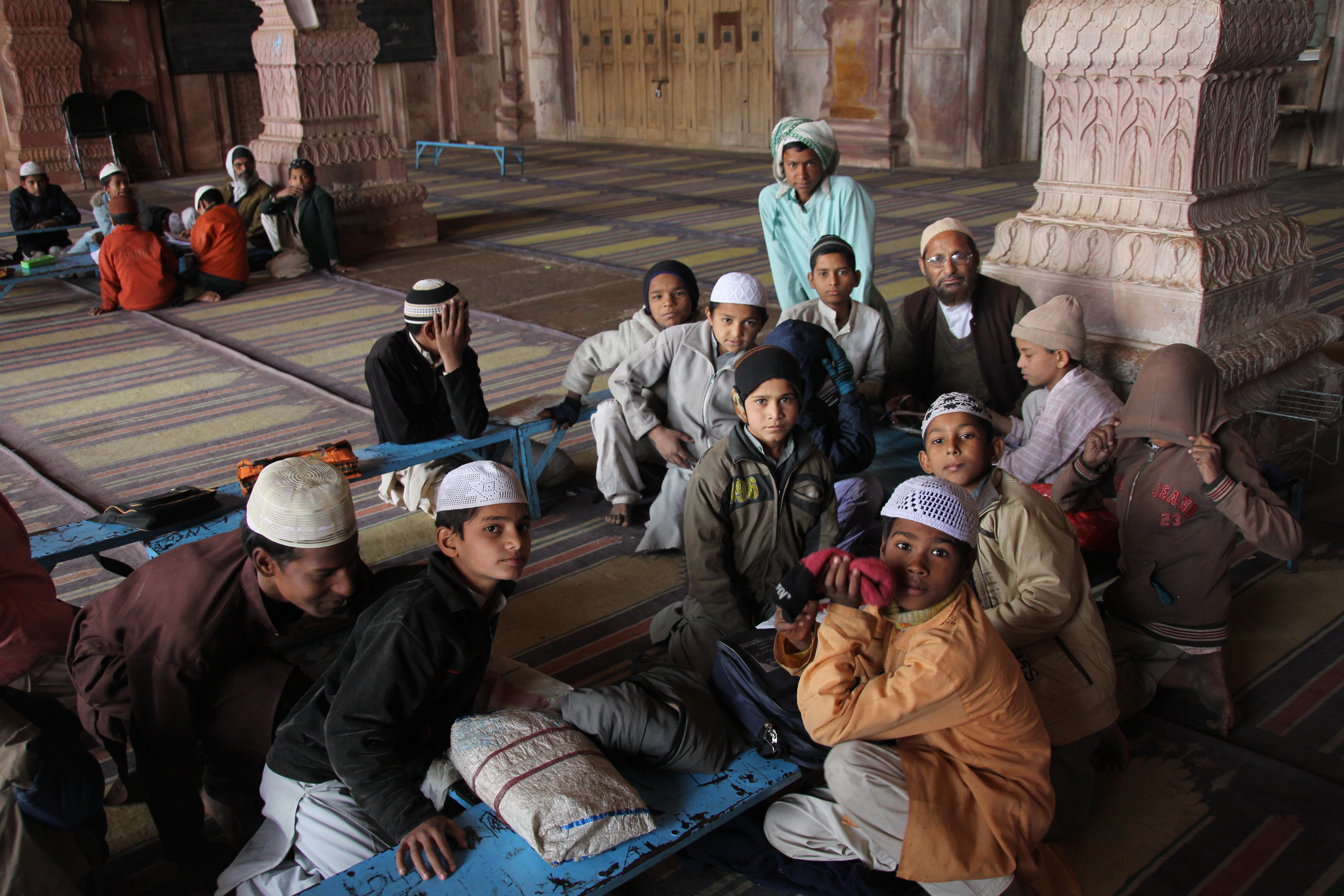 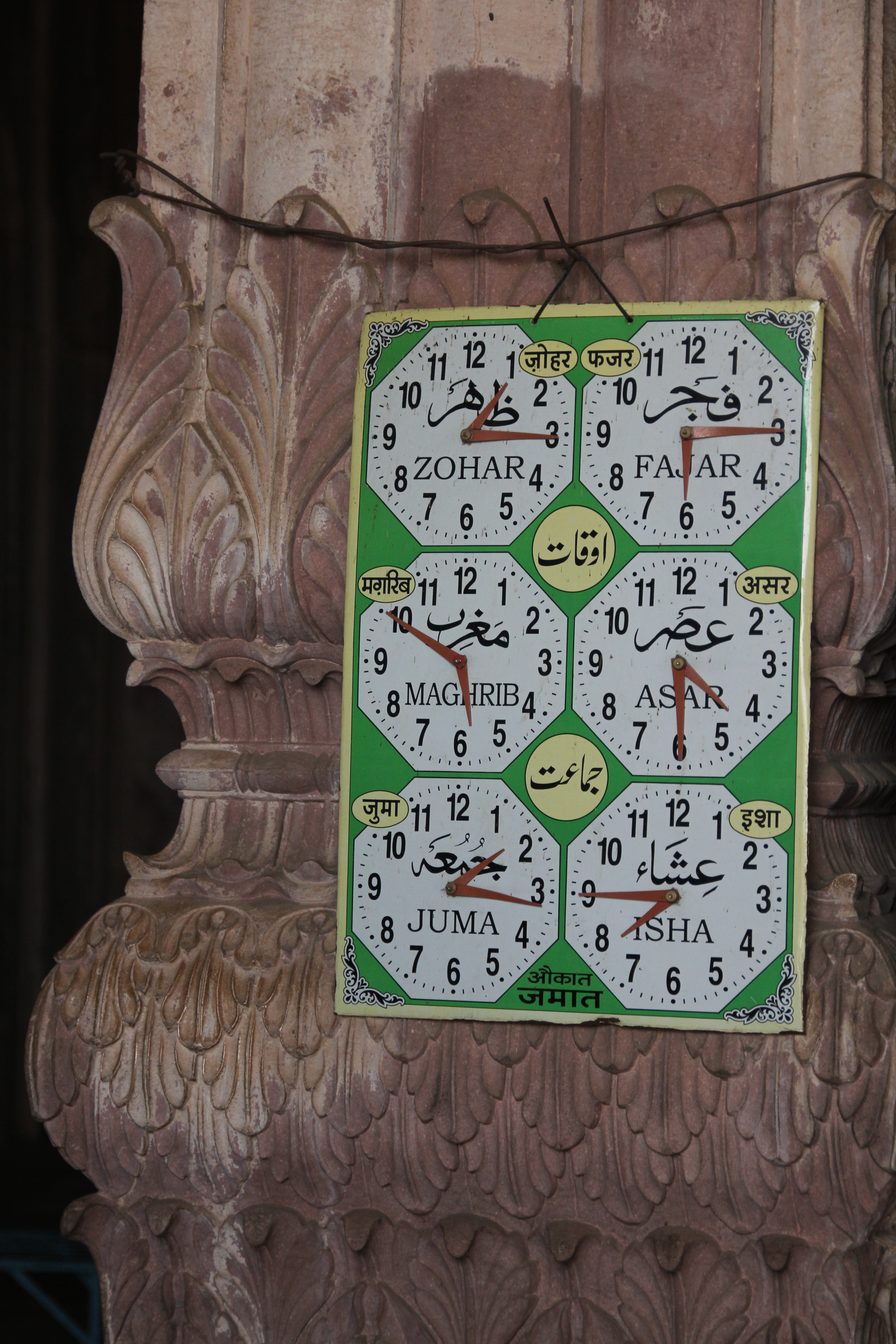 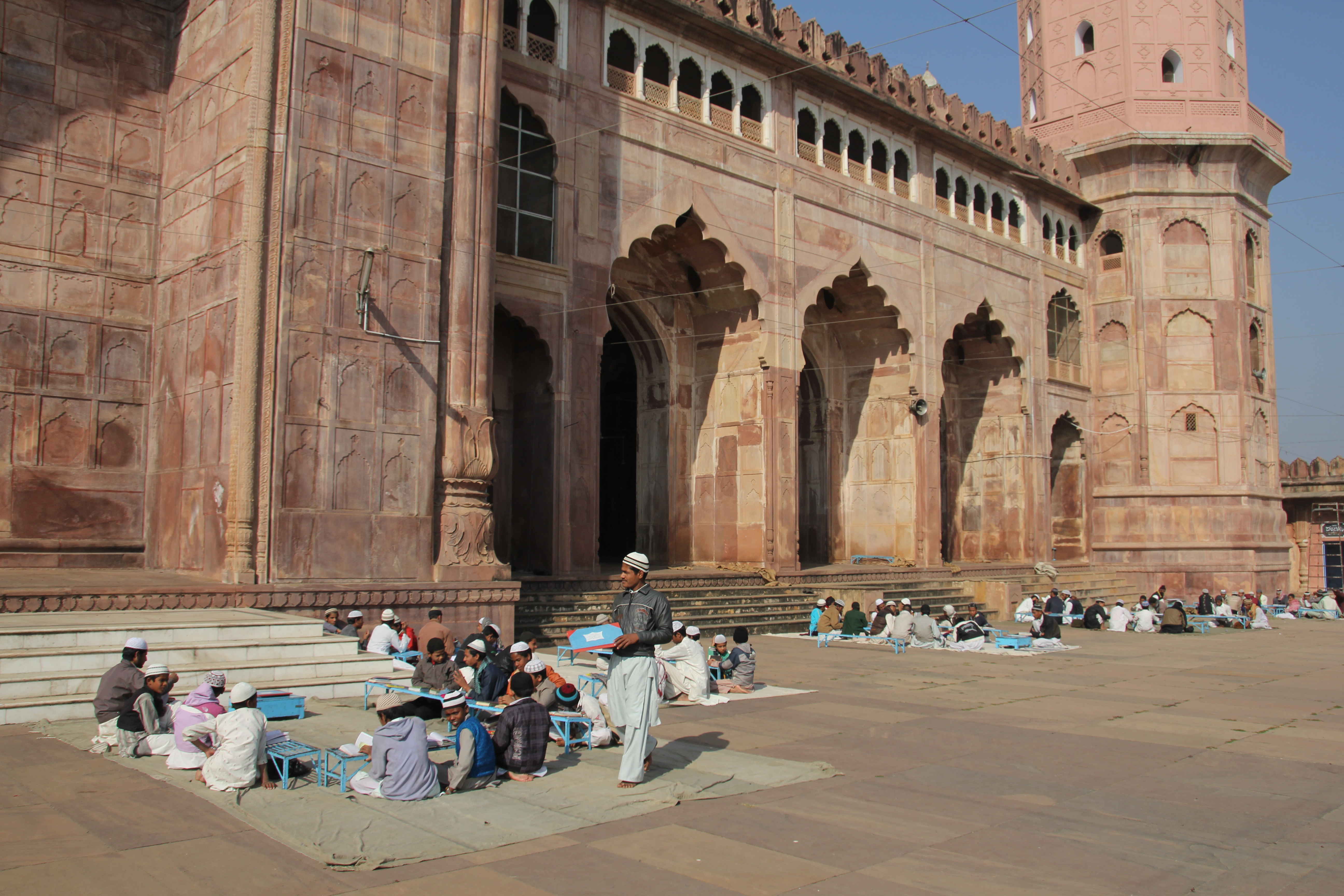 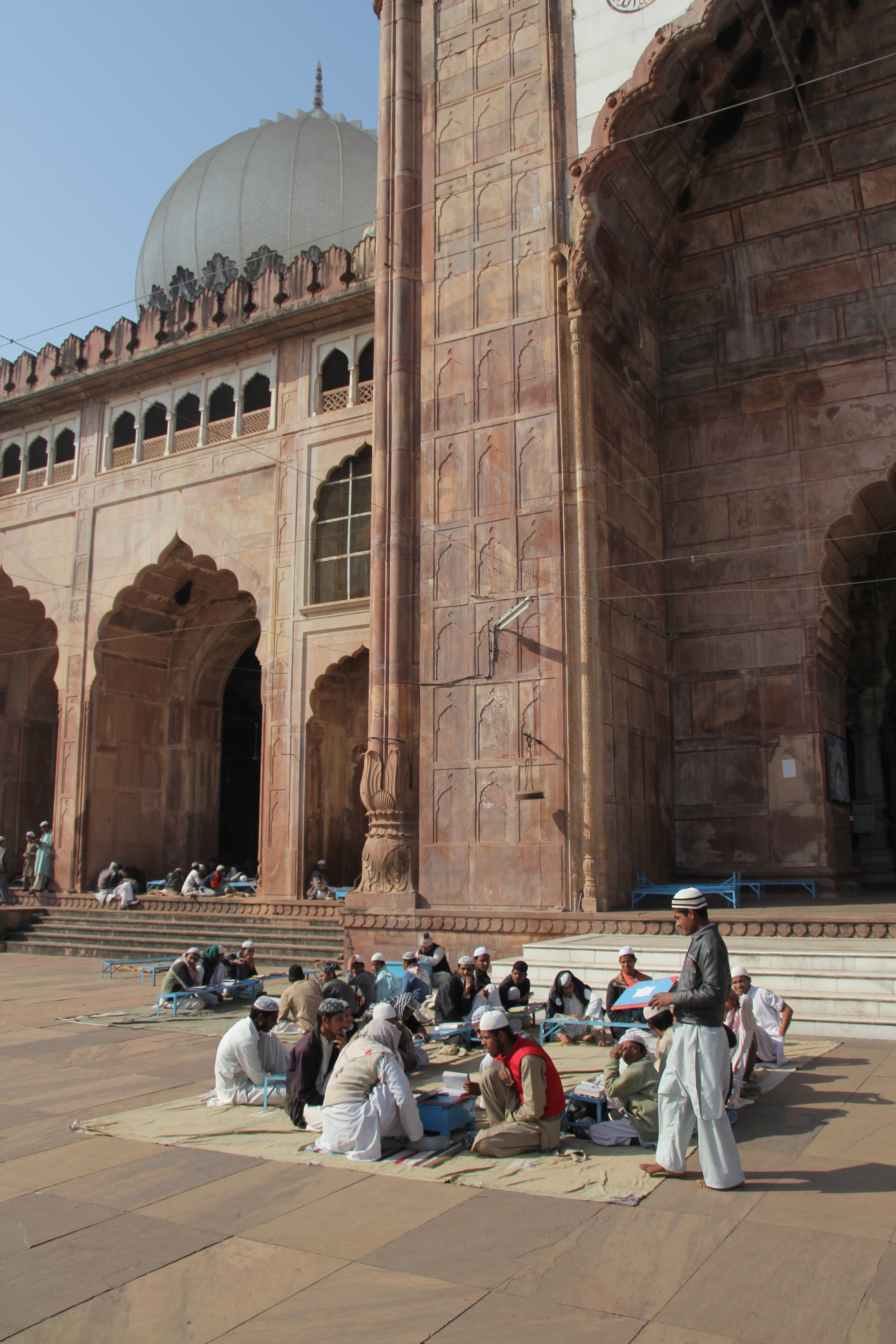 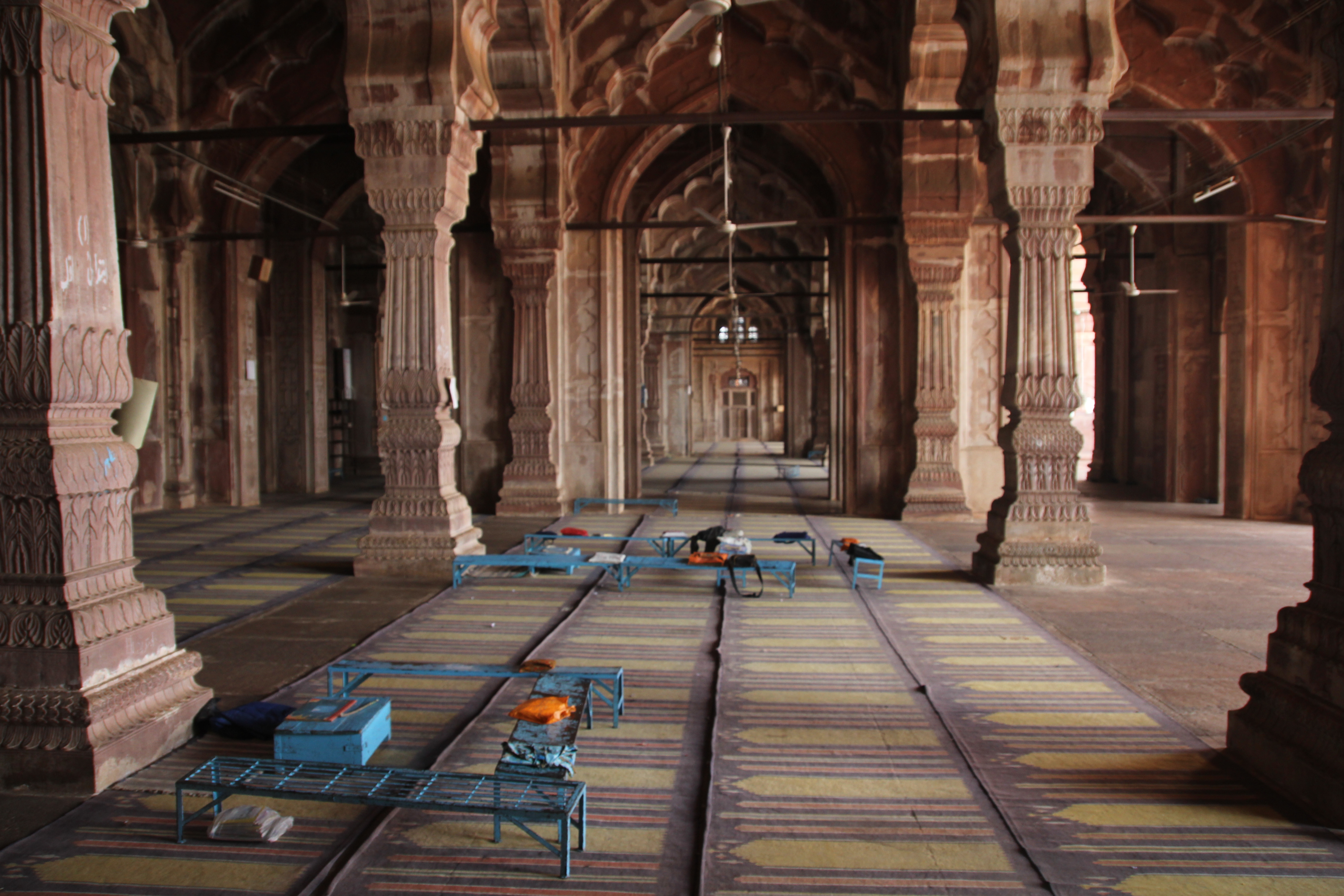