Four months ago in November 2011 we announced Nomadic Thoughts’ return to offering tours to Burma.

I was delighted to announce our re-involvement in Burma as it has always been a destination close to my heart having travelled extensively throughout the country in the early 1980s. It remains one of my favourites with many a fond memory of  journeying through one of Asia’s most exciting destinations.

Our previous decision to stop sending clients on holiday to Burma was in direct support of the Nobel Peace Prize winner Aung San Suu Kyi and The National League for Democracy (NLD) who, in representing the people of Burma, requested an outright ‘tourism boycott’ fifteen years ago. Reported human rights abuses had been particularly associated with the building of some tourist facilities through forced labour. Similarly all profits from tourism appeared to go directly to the Junta and its crony supporters.

Ruled by one of the world’s most brutal dictatorships the country has, over the years, seen an escalation in brutality resulting in widespread Burmese Army rapes, torture and murder across all sectors of domestic society. The military rulers spend billions of dollars on a military whose only real engagement appears to be combating its own civilian population. The disproportionate military spend is in complete contrast to a devastatingly poor population with little to no proper healthcare, education or sustainable food programme.

The military’s disregard for their own people was again highlighted by their woeful response to Cyclone Nargis in 2008 when as many as 2½ million people were made destitute. The shocking indifference of the Burmese leaders emphasised how far up their ivory tower they appeared to sit.

Since the military’s brutal crackdown in 1988 – which coincided with the early days of Nomadic Thoughts – Burma has always been at the forefront of our concerns with our focus on supporting the democracy movement. Not least as Aung San Suu Kyi’s party NLD won 82% of the seats in elections held in 1990. Despite this the military refused to transfer power to Burma’s democratically elected leaders.

(How much has Burma changed?          Is the country’s Buddhist culture as strong as ever?

The good news today is that change is very much in the air. As the world watches with bated breath the political landscape appears to be gently moving towards a period of relative calm. As Aung San Suu Kyi transforms herself from dissident to campaigning politician, the tourism landscape is equally changing at a pace. The exciting news that she is running for a seat in Parliament has triggered a wave of optimism both at home and abroad.

Just as a recent Aung San Suu Kyi speech in the ever popular tourist destination of Mandalay attracted tens of thousands of people desperate to see and hear her, we too at Nomadic Thoughts have been bowled over by the recent renewed interest in visiting Burma.

Returning visitors are reporting that the warmth of the people, richness of their culture and diversity of landscapes has very much survived the test of time. What is, however, in the balance is the question of whether genuine political reform will continue.

Whilst we aim to promote and continue to believe that tourism is a ‘force for good’ we should be under no illusion as to what is at stake. When visiting Burma today it is essential to grasp how important tourism is to all stakeholders. As tourists we offer a glimmer of hope from the outside world, and an ever-present set of eyes on a changing society.

To this day I regard the Shwedagon Pagoda in Rangoon (Yangon) as one of the world’s most serene and wonderful landmarks. Similarly the delights of Mandalay, beauty of Inle Lake and splendour of the ancient temples at Pagan are as awe-inspiring as ever.

I, like many, continue to hope that the stoicism of the people and gentleness of their culture wins through.

“Even if the truth is buried for centuries, it will eventually come out and thrive”  – Burmese proverb. 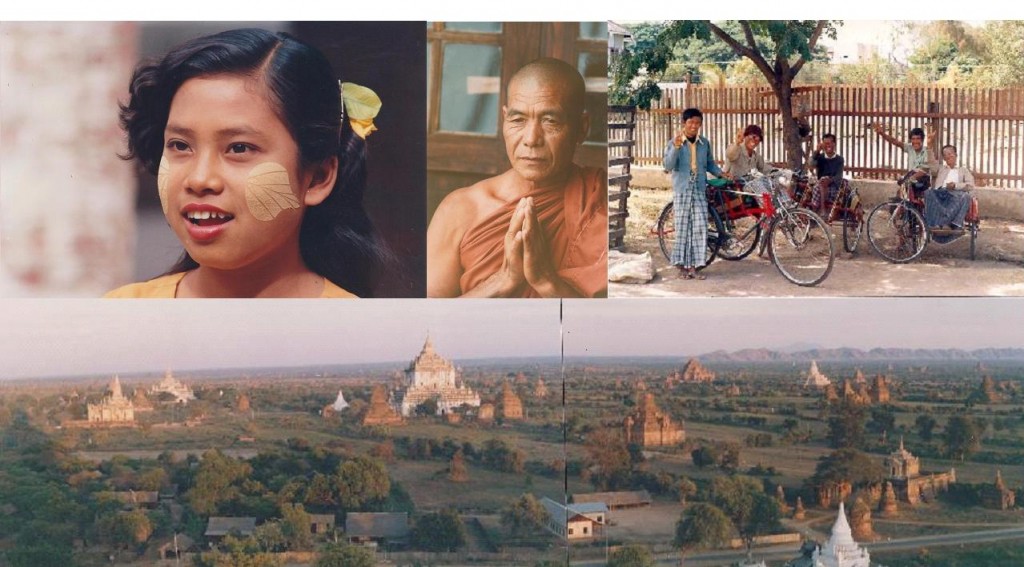