Over the years I have grown to regard this time of the year (October/November) as the perfect ‘short break season’. With the majority of the world’s academic institutions busy, as well as all things political and judicial in full flow, the peak summer holiday season flight & hotel prices give way to an ‘easy-to-book-&-buy’ time period – before the Christmas rush. 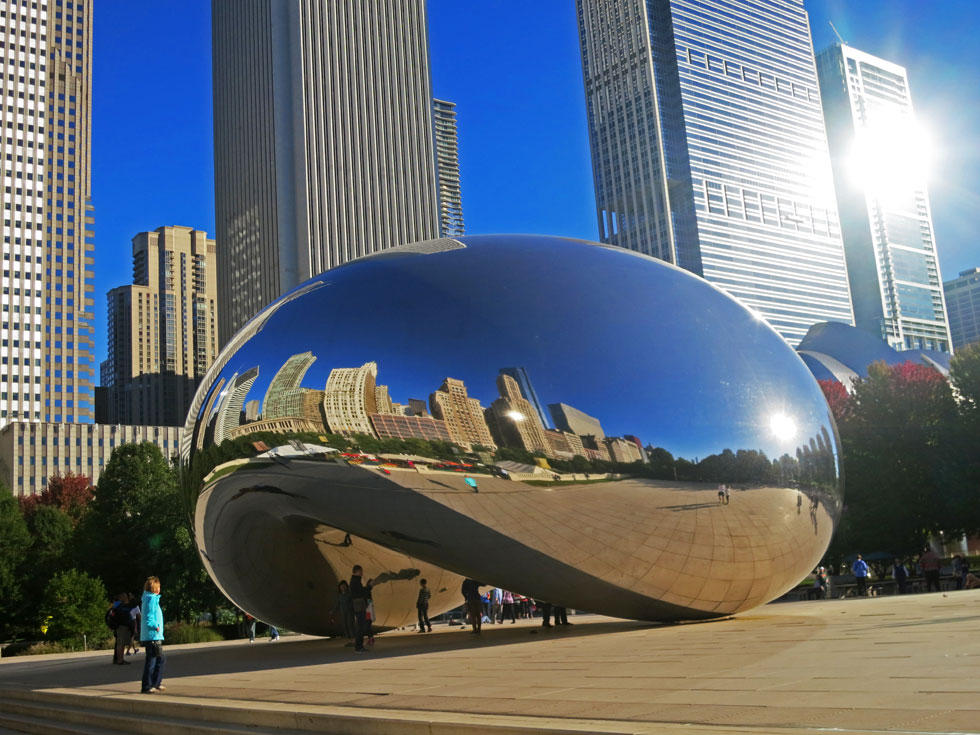 If you are looking to make a short trip to a destination that you have not visited before, or even thought about as a traditional holiday destination, now is the time to experiment – and over the years we, at Nomadic Thoughts, have taken this theme to heart when making suggestions to clients looking for a short autumnal trip.

The weather in northern Africa and the Middle East is perfect, and it’s also a most agreeable time of year to visit the Indian sub-continent. North America flight promotions are attractive with traditional East Coast trips to cities like New York and Boston popular.

Easy to access Chicago (“Windy City”) also has masses to offer last-minute short break visitors in autumn. Boasting O’Hare Airport (the world’s second largest) there are some excellent flight promotions, a wide range of differently styled hotels and a plethora of attractions to discover. Home to over 46m people, it is the world’s 4thlargest GDP metropolis with inexhaustible array of cultural attractions reflecting both its historical and contemporary importance. 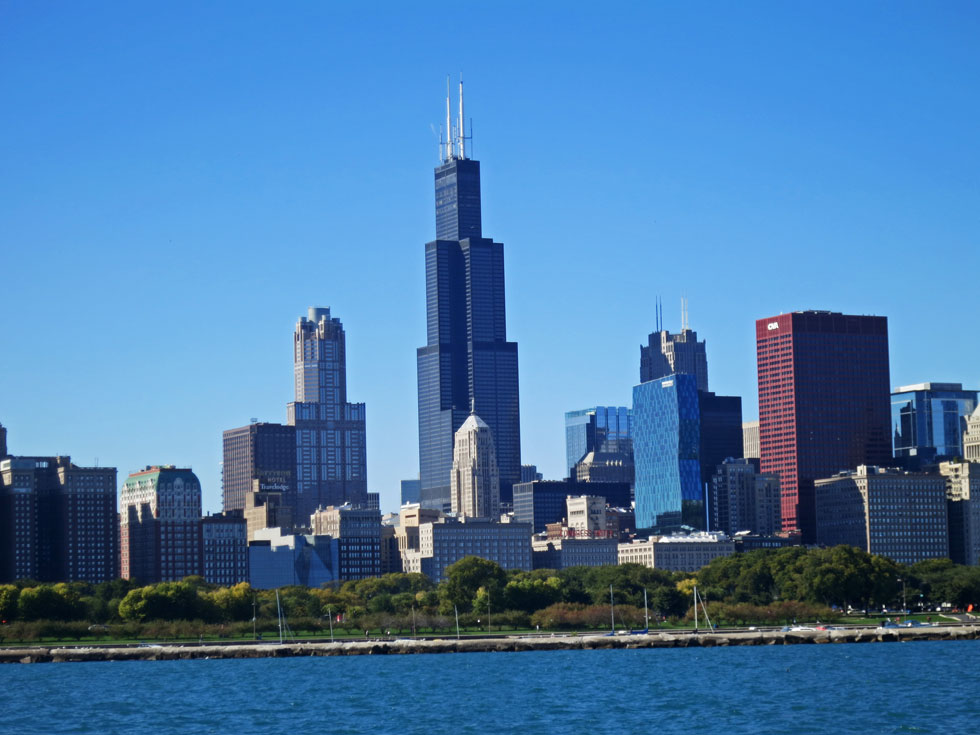 Sears Building – as seen from a speedboat

Located on the south-western shores of Lake Michigan, the city’s setting is as impressive as its varied history. Home to Western Avenue (the world’s longest street); Oceanarium (the world’s largest indoor marine mammal pavilion); and the Magnificent Mile shopping street, it also boasts the homes  and museums of Ernest Hemingway and famous architect Frank Lloyd Wright.

Obviously in order to fully appreciate the Chicago vibe at this time of the year, you have to organise your ‘short break time’ and visit it in person.  Emma Rea (a long standing friend of mine) who is visiting Chicago this week – as part of a Nomadic Thoughts fact-finding trip – superbly sums up the ambiance and variety of surprises she has enjoyed: 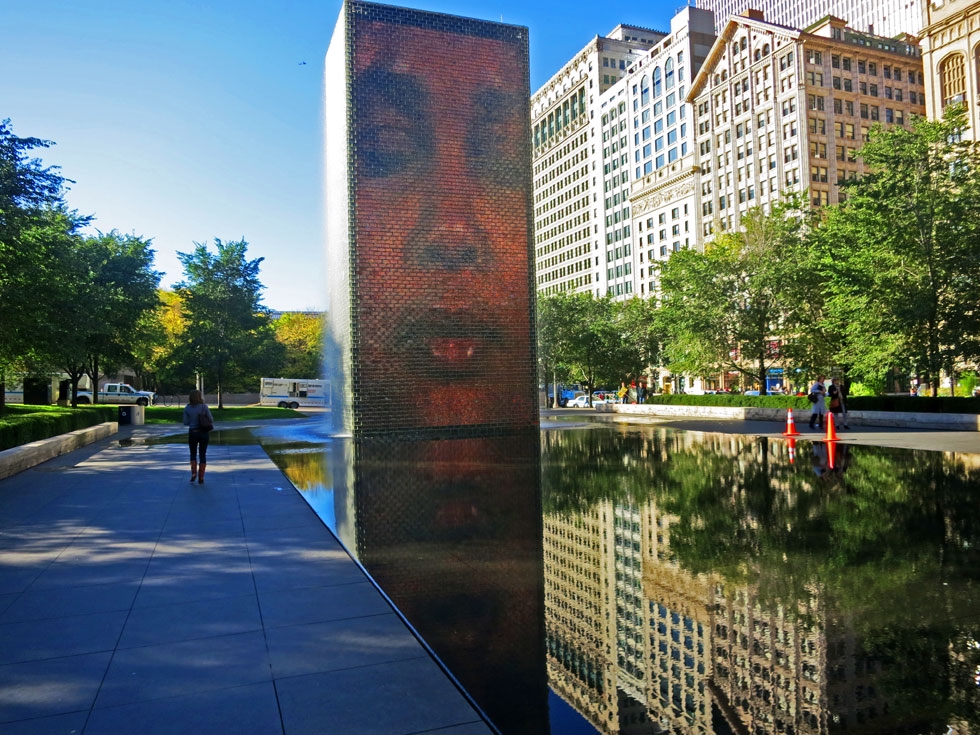 “Whenever you mention Chicago to anyone who knows the city, their eyes light up and they start enthusing about it: I have now joined their ranks. I cannot believe there is another city as exciting, varied, easy to feel at home in and visually stunning as Chicago, in all of America. 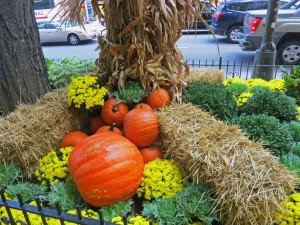 “If you have the disposition to be spontaneous I would urge you to get booking and celebrate Halloween in Chicago this year. Every park in the city – and there are many – will have its own lavish and imaginative events for the week commencing 25th October.  At the scarier end of the spectrum is the Thirteen Terrors at Theater on the Lake and a Night Out With Dracula; softer options include mask painting, haunted mazes, and a Pumpkin Patch arts and crafts morning with taffy apples and popcorn. The streets of Chicago somehow manage to smell of waffles and maple syrup and are already festooned with pumpkins, cobwebs and ghoulish spiders of monstrous proportions – this is a city which knows how to enjoy all the thrills of Halloween.

“Having said that, I have to admit that you don’t really need the excuse of Halloween to visit Chicago. A number of other reasons leap to mind. 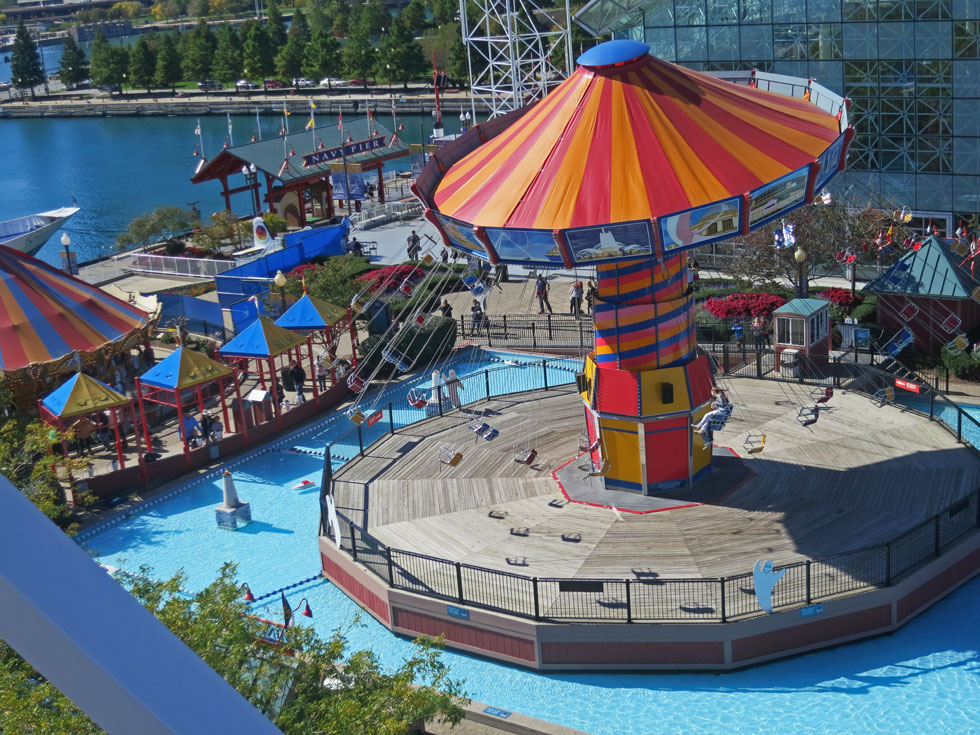 “As a shopping destination, North Michigan Avenue, the Magnificent Mile, (or ‘Mag Mile’), offers retail therapy to soothe the most angst-ridden. Bloomingdales, Macy’s, Tiffany, Nordstrom and Cartier are among the 900 high-end shops which line this street. Off to the left are smaller streets with equally exclusive names such as Tod’s, Eskander and Jimmy Choo. By the time you have sauntered up one side of the street and dropped in an out of shops down the other, shopaholics will have achieved a peace of mind and sanity which may well last until Christmas. 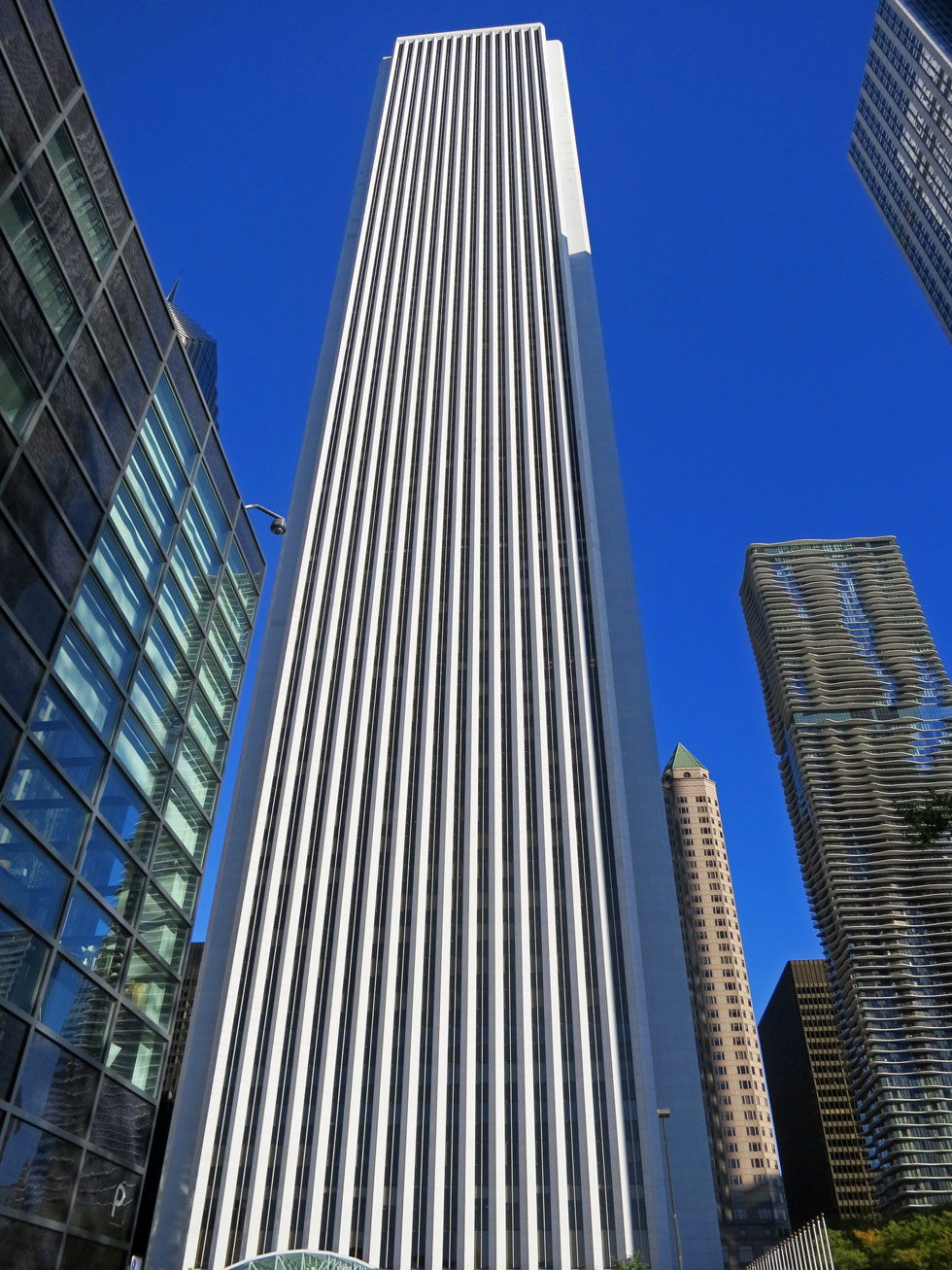 “Culturally, I found Chicago so rich and exciting that it is hard to know where to begin. The architecture takes your breath away from whichever angle you look at it: from a speed boat tour along the coast with spray splashing in your face; to a detailed and sedate architectural cruise up the Chicago River; or on foot through the endlessly surprising street sculptures. Cloud Gate, (commonly known as ‘the bean’), Anish Kapoor’s massive bean shaped reflective sculpture, gives you a bendy mirrored version of the towering skyscrapers that surround it, but this is only the most famous of the city’s many sculptures.

At the Art Institute of Chicago you can come face to face with Van Gogh, whose self-portrait stares out at you with such powerful intensity that you sense you are meeting the man himself. The collection of Impressionist paintings is staggering: Monet’s lovely series of wheatstacks shows the scene at varying times of day in such a way that  you can feel the sun on the back of your neck when you look at them. With a few days on your hands, you can attempt a fuller list: Ernest Hemingway’s boyhood home, just thirty minutes down the green line on the subway in Oak Park, is itself only a ten minute walk from Frank Lloyd Wright’s house and museum. The neighbouring streets are in themselves an open museum of Frank Lloyd Wright houses. Creativity, talent and pioneering designs just seem to burst from people in this incredible city. 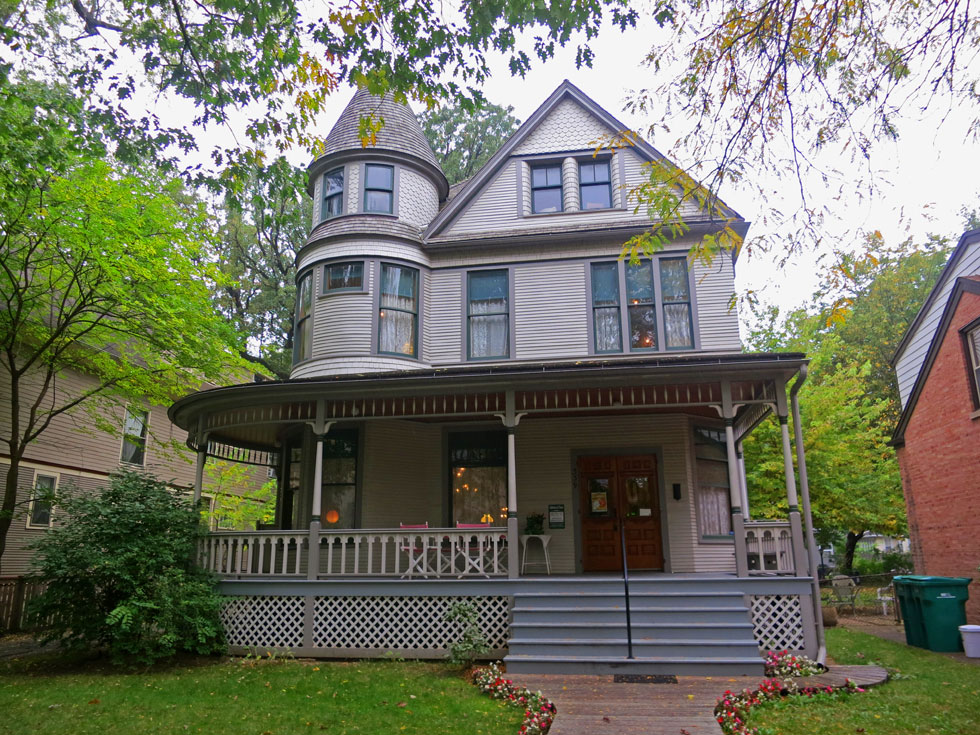 “For children, the list of ‘things to do’ is simple: Lincoln Park offers a free zoo, the Navy Pier sports a ferris wheel, wave swing, carousel and candy floss and the Aquarium has smiley, benign-looking beluga whales, dolphins and cuddly otters which wriggle and flip in the water.

“It’s the night life which makes you know you’re in Chicago. At bars such as Blue Chicago and Buddyguys I felt the wall thrum at my back as I enjoyed an evening of listening to the blues sung live, with all the vibe and openheartedness of a prohibition speakeasy. At the Vertigo Sky Lounge in the Dana Hotel I peered through the glass walls down 22 storeys to the street below while sipping my Ginger Mojito. Somehow you walk taller after that, elated by the feeling that you have touched the nerve of a great city. 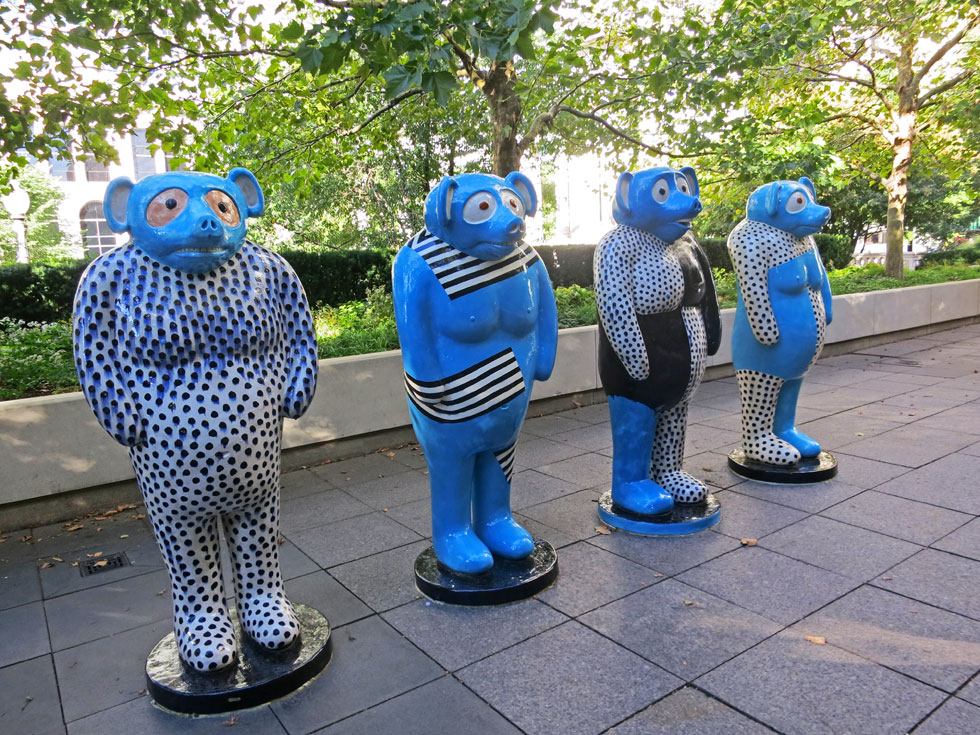 “In fact the trouble lies more in finding reasons NOT to go to Chicago. A full diary, perhaps.  In which case, book a trip next summer and you’ll be able to take advantage of the one thing Chicago has that barely any other city can boast of: silky soft sandy beaches and safe lakeside swimming. To my mind, it’s a city that has everything.” 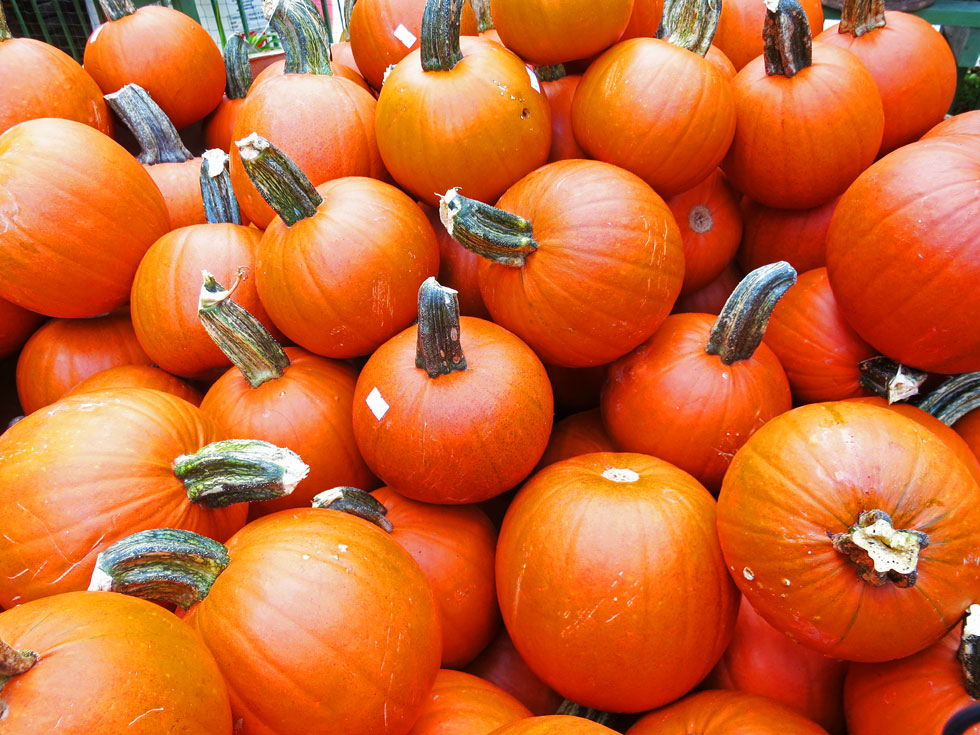