I am presently in Dubai, attending the Association of Independent Tour Operators (AITO) Overseas Conference. I was honoured to be asked to moderate at the conference where, I have met an exciting array of people who not only live in the region but also obviously feel very much part of its future development. A development that has taken myself, and a large number of my well travelled UK travel industry colleagues, by surprise. 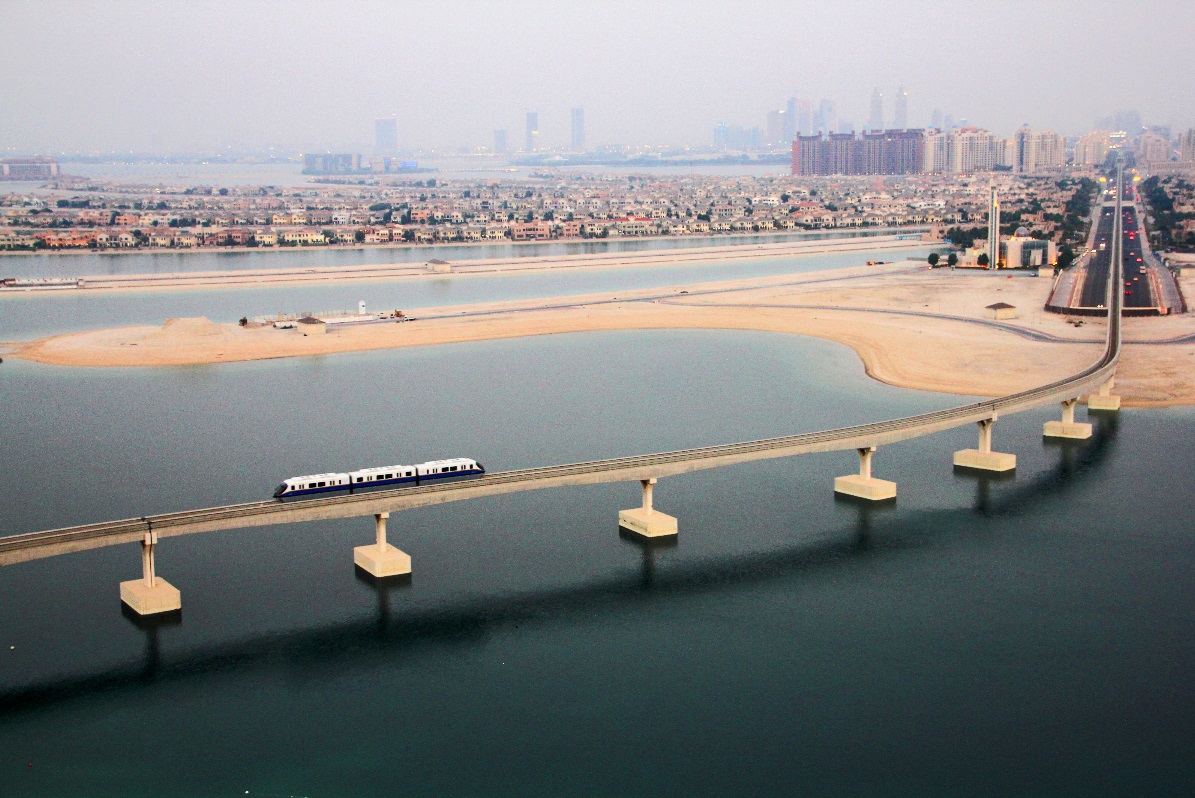 Although collectively we – as independent operators and travel agents – have perhaps not focused on Dubai, or the UAE, as much as other destinations, the feeling of excitement about what is happening here is universal.

Whether you plan to visit the region for tourism purposes or not, what is certain is that you should come to Dubai to see for yourself how mankind is making its mark on a small section of our planet today.

It is fascinating and wondrous in equal measure. Whatever one’s views on the wisdom of building such a settlement in one of the most arid and inhospitable desert terrains, the grandeur and ambition is breathtaking. I defy anyone not to be impressed.

Aside from the expanding list of tourist attractions, the opportunity to witness, experience and enjoy first hand, the amazing diversity of new developments is what stands out as the single most important reason to visit Dubai.

Although as a destination it is fast becoming one of the most expensive ‘holiday spots’ there are some reasonably priced attractions. Riding the new sky train through the swathe of impressive landmarks (at just 16D/£3 for a day pass) has to be one of the best value, most exciting train journeys in the world. Similarly people-watching at the indoor snow-skiing-mall is as bizarre as taking a boat around the new ‘World’ islands development, or sand-skiing down one of the Al Warqaa sand dunes. 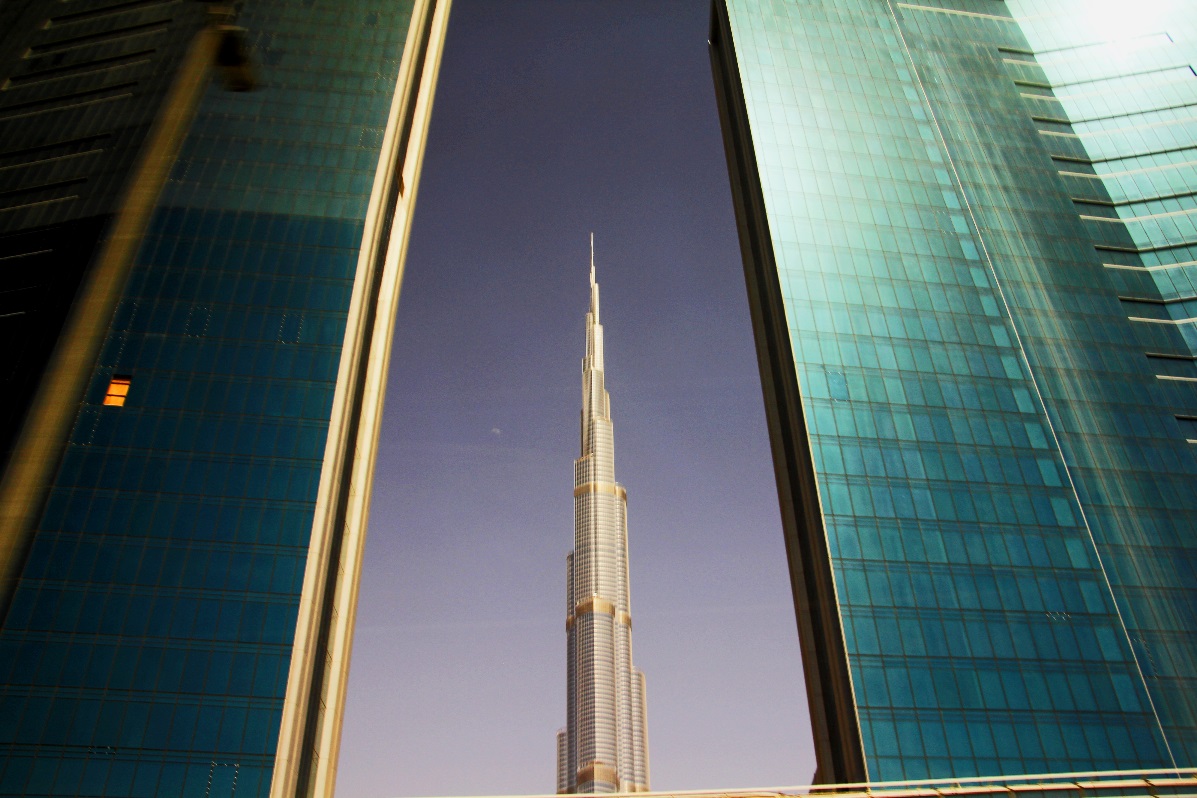 Quite apart form the obvious benefits of guaranteed sunshine and the sense of cultural heritage, you will find it hard to match Dubai’s sense pf purpose and ever-changing skyline. I wholeheartedly recommend jumping off in Dubai, for at least 24 hours, en route to wherever you are flying to.

I am writing this blog post from my 31st storey room overlooking the jade blue waters of the Arabian Sea, whilst staying in the recently built Dubai Jumeirah Beach Region (JBR). Set on the seafront about ten miles miles south from the traditional Dubai Old Creek, my balcony view epitomises what is happening ‘here & now’ in this vastly changing Emirate of Dubai. 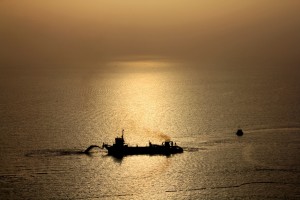 My view looks across the sea to the famous Palm Jumeirah construction to the north, whilst a man-made island is being built 800m in front of me. An island that will ultimately be part of the Bluewater Island development housing hotels, apartments, villas and an entertainment facility including the Dubai Eye (the soon to be world’s largest ferris wheel {210m/689ft}).

And when I say ‘being built’, I mean ‘being built at the speed of light’. When I first looked out from my balcony five days ago there was an open expanse of sea. In just over a hundred hours an island the size of thirty football pitches has emerged, presently supporting half a dozen crane diggers and a mini tanker dredging boat. By the time I fly out tonight I expect it to have grown another 30% as a tanker sprays sand at an apparent rate of a ton every second. 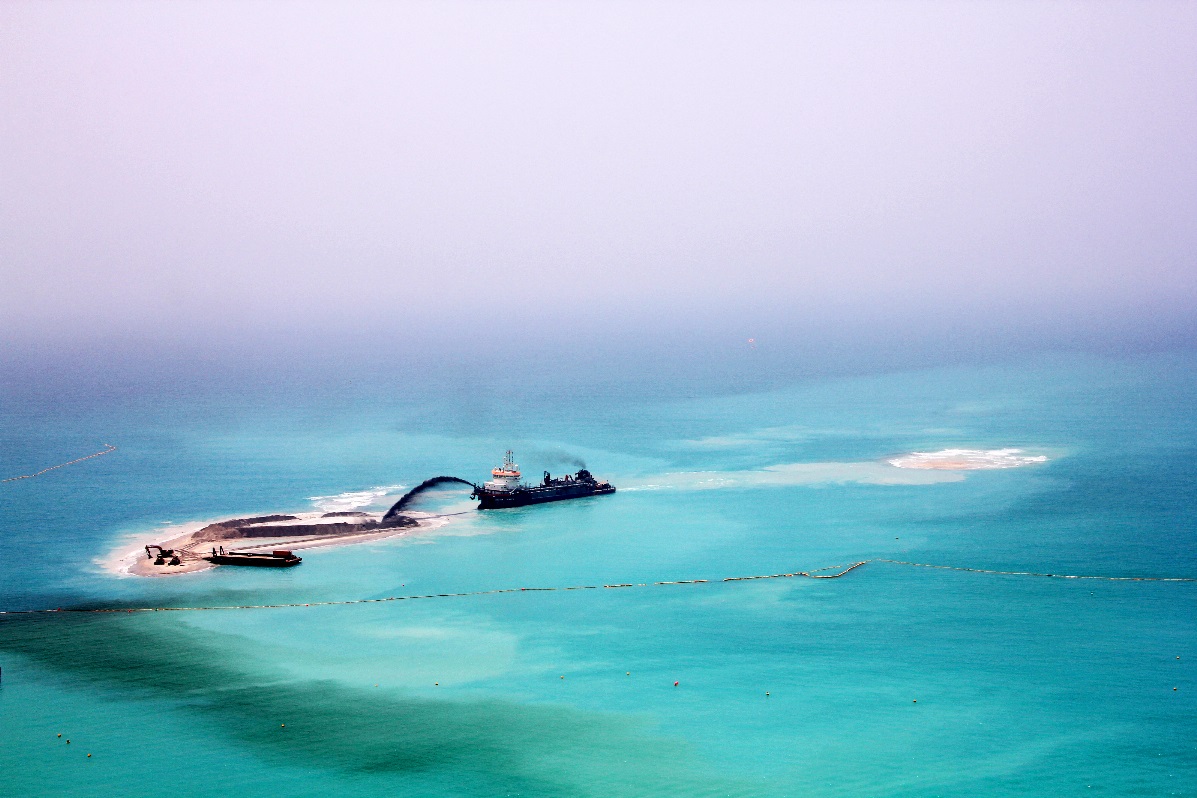 Directly below my balcony a 24/7 kilometre-long building site works at a similar speed to complete the beach-front entertainment area of the JBR – the biggest single-phase residential development on the planet. When it’s finished it will contain 40 towers (5 hotels & 35 residential blocks), housing 15,000 people in 6,917 apartments.

The truth is, as a tourist destination, this region is going to be very difficult to ignore for international travellers. With their ‘world-hub vision’ the sustainability of Dubai firmly focuses on world tourism, partly because its oil and gas resources are severely limited in comparison to its wealthier Emirates neighbours. Located on the south-east coast of the Persian Gulf, its newly designed airport plans to become the world’s largest hub. They are already on their way to reaching this goal as it will exceed Heathrow in passenger numbers by 2015. 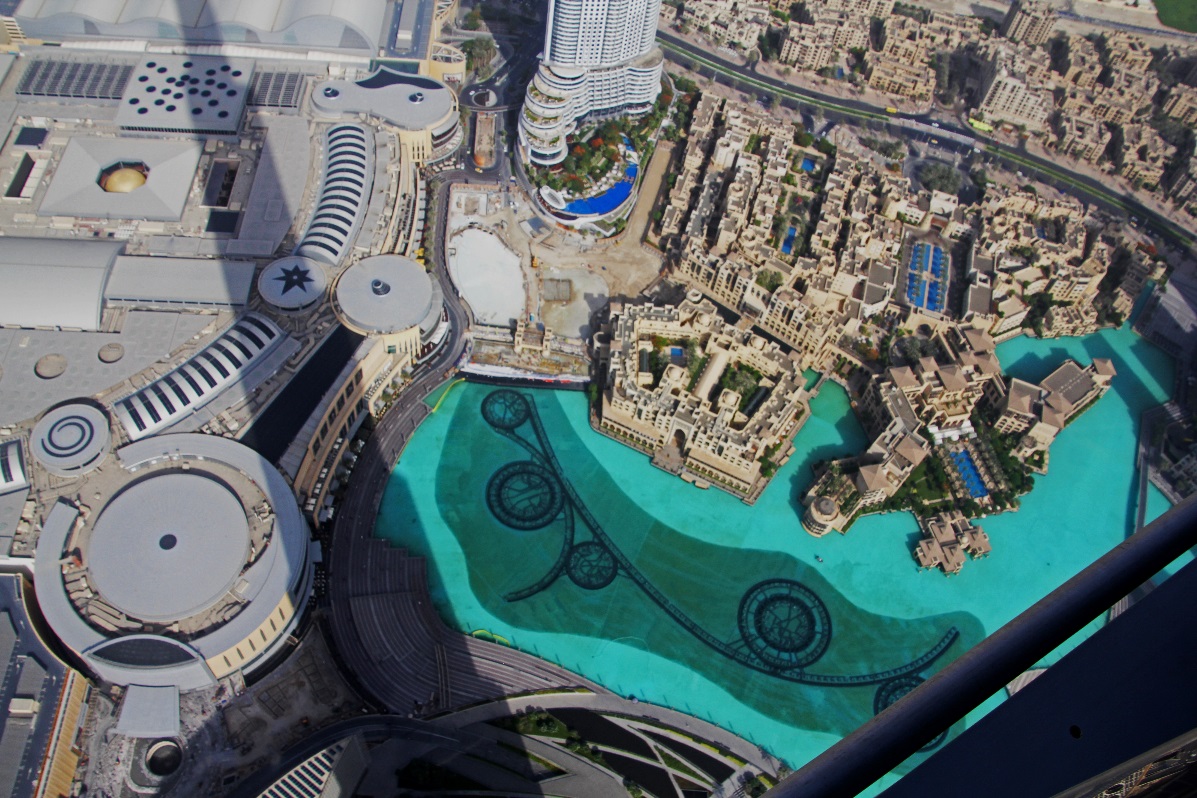 The relatively short-term vision of visitor numbers is equally impressive. In opening our conference the State Tourist Board confirmed that the recently approved Dubai ‘Vision for Tourism’ aims to double its annual visitor numbers from 10m to 20m – in just 6½ years (by 2020). In the next two years alone an additional 10,000 rooms will be added, whilst over 150 airlines will continue to link over 220 destinations, at an airport capacity of 60 million in only eight years time (2021).

In short: get a glimpse now, as things are going to change even faster than before. Certainly today’s Dubai landscape is unrecognisable from my last family visit when we stayed at a hotel 400m from the then ¼ built Burj Khalifa – only five years ago. Today the Burj Khalifa stands as the tallest building in the world at 829.8m (2,722ft). 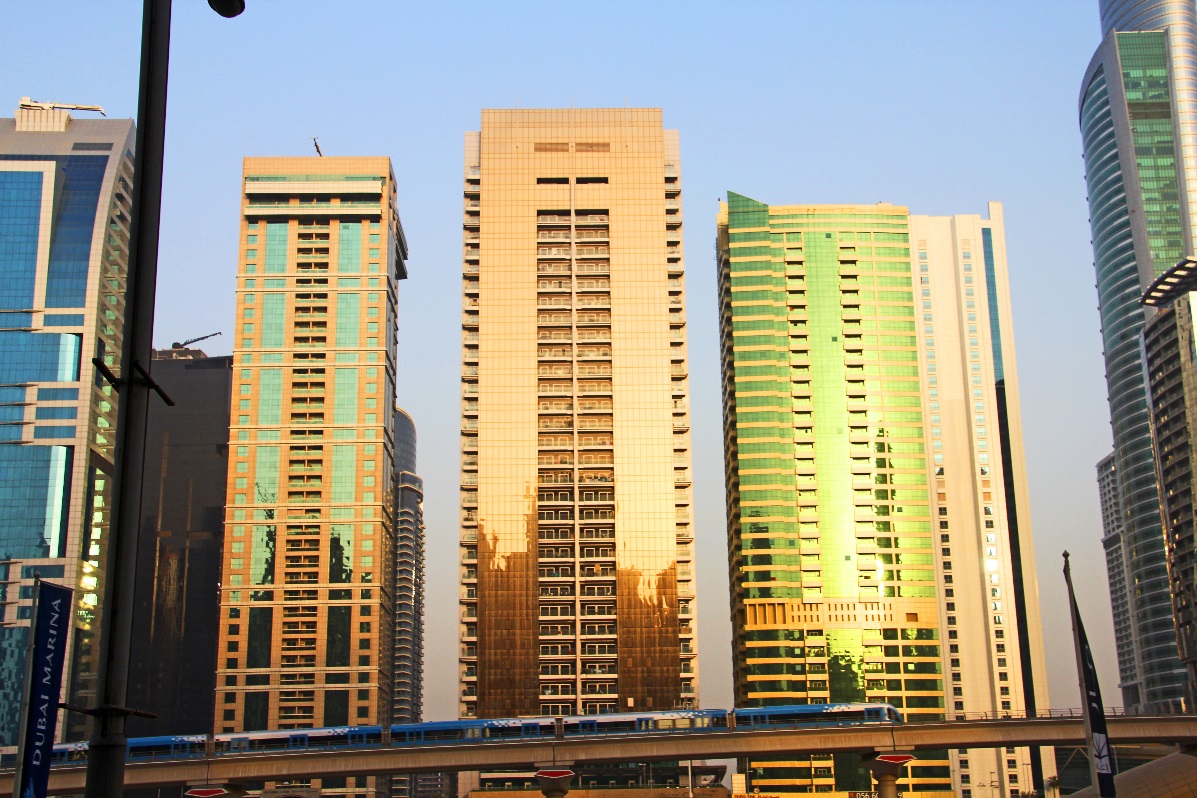 I took all these photos over the last five days, having been to the top observation deck of the Burj Khalifa, as well as visiting the world’s tallest hotel (JW Marriot Marquis Dubai), The Palm and all things along the coast from the original Bedouin creek settlement that still houses the Al Fahidi Fort and Old Souk. 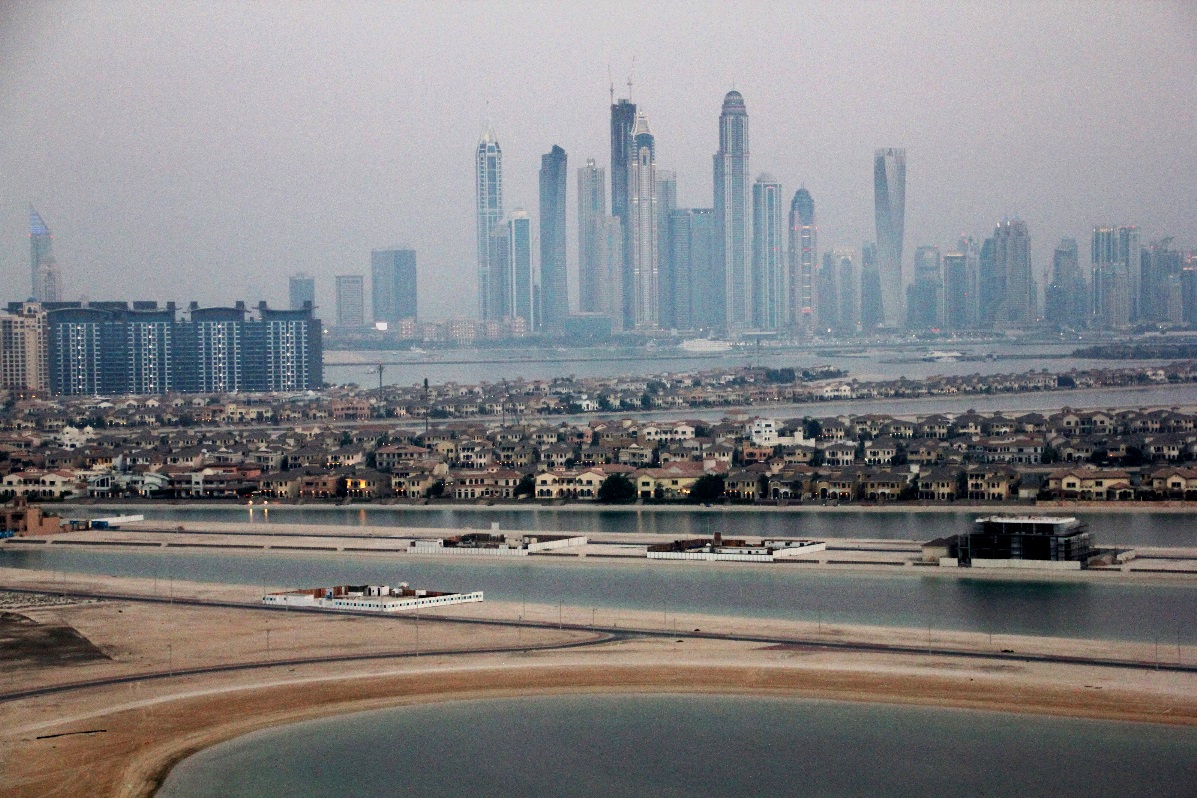 The Palm Jumeirah Villas with Dubai Marina skyscrapers in background 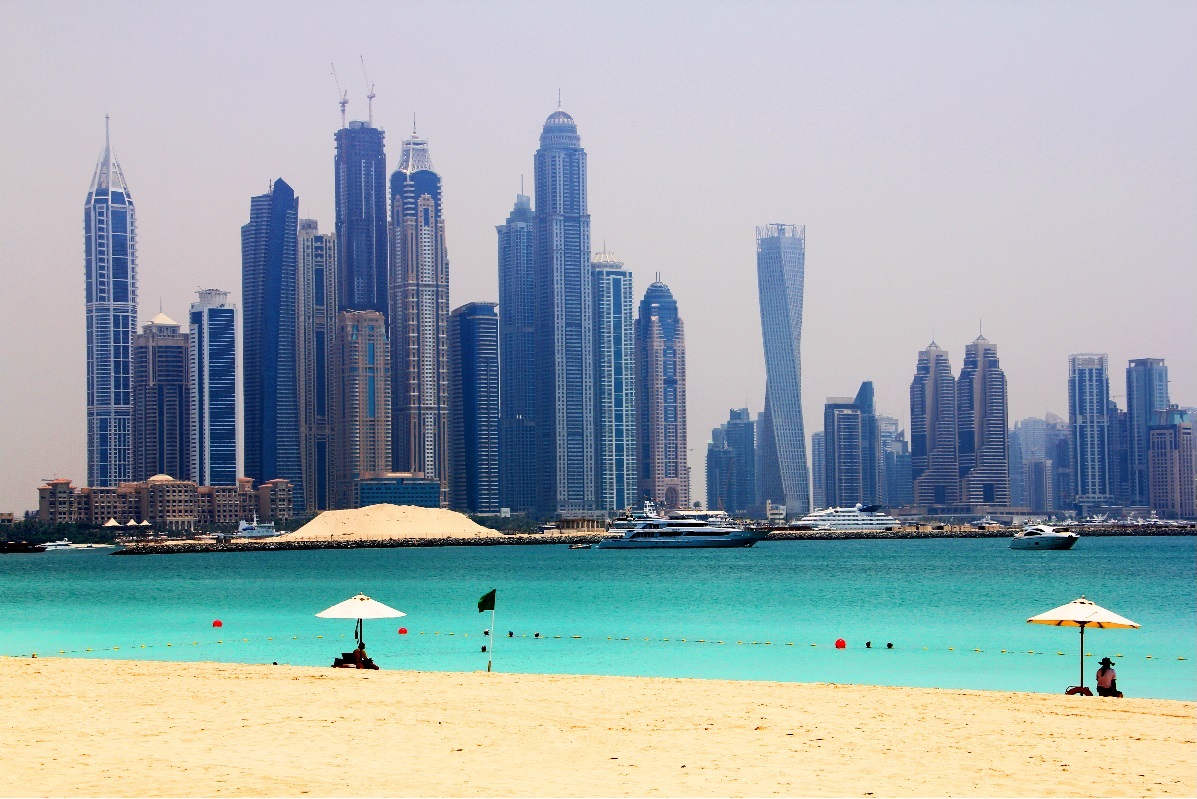 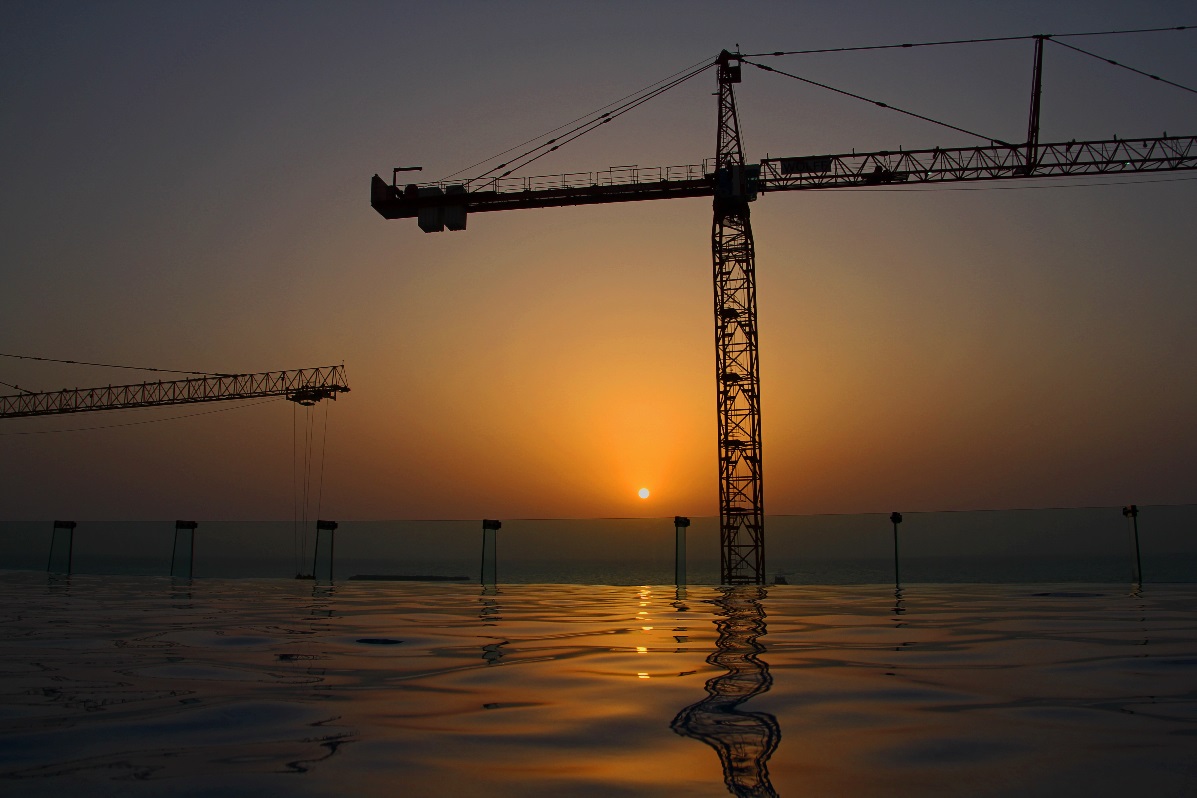 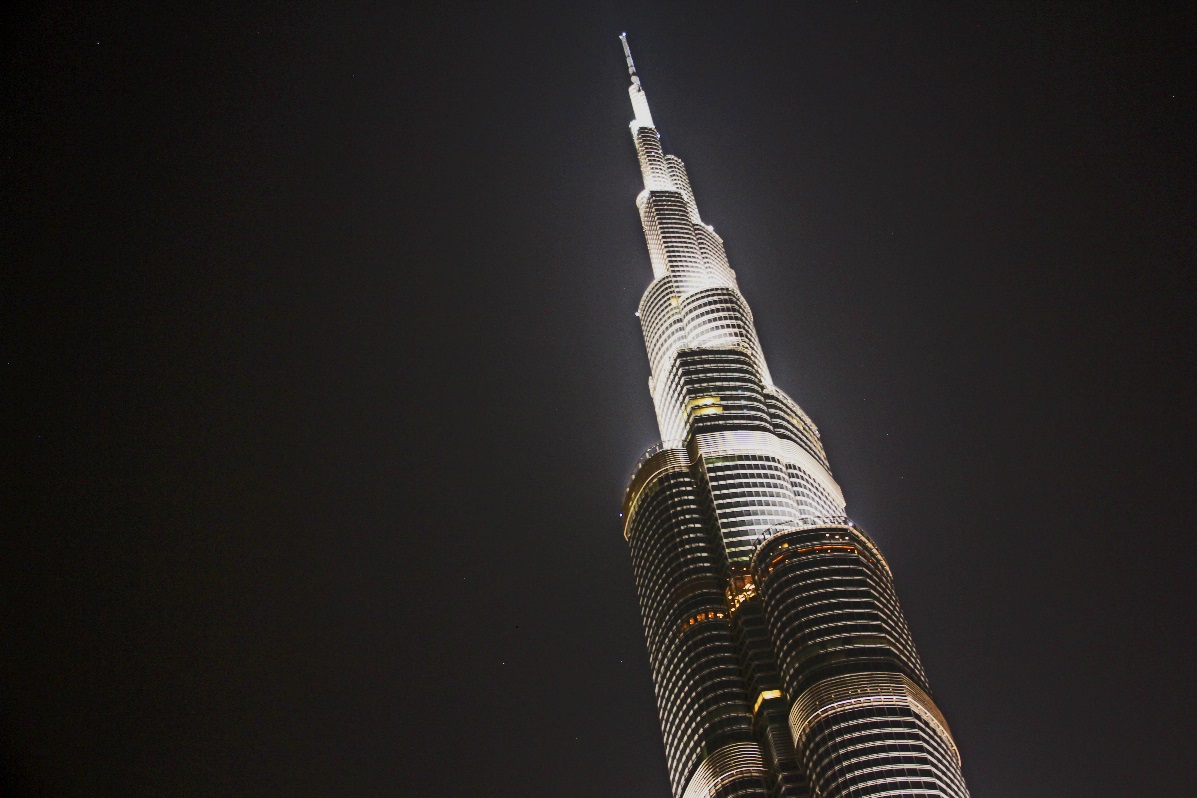 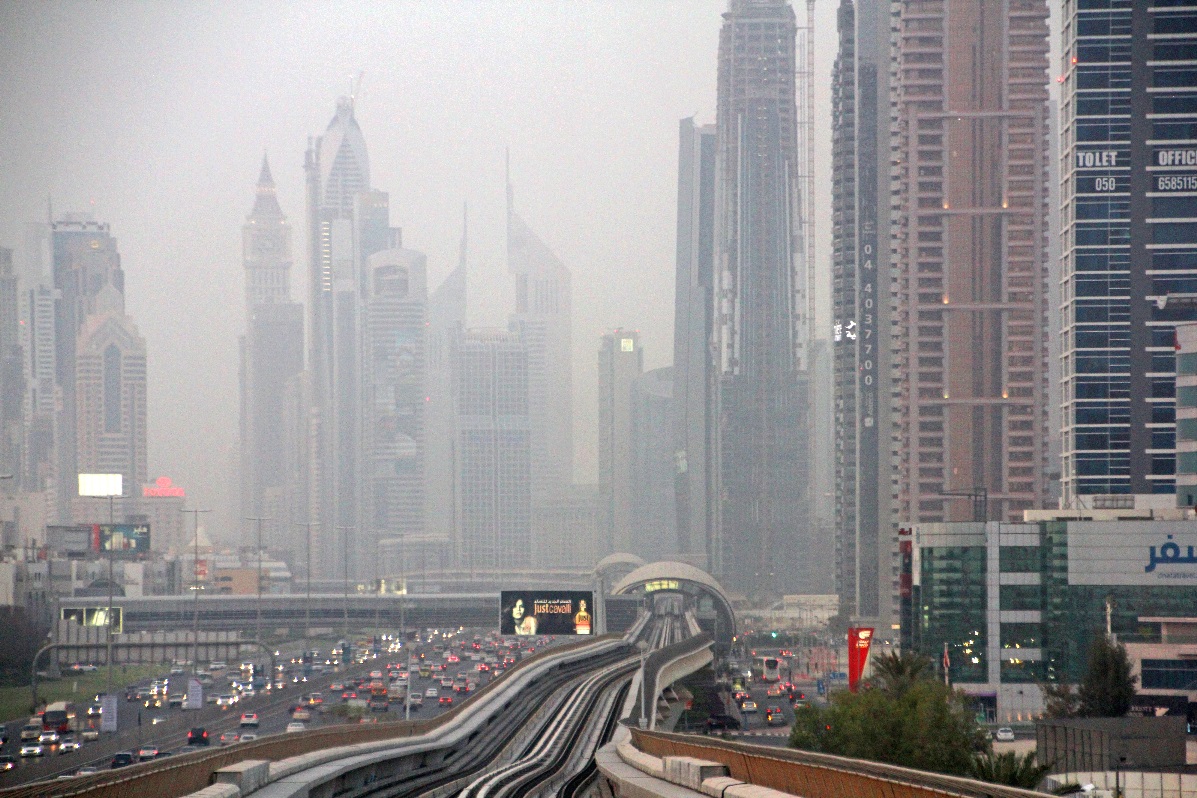 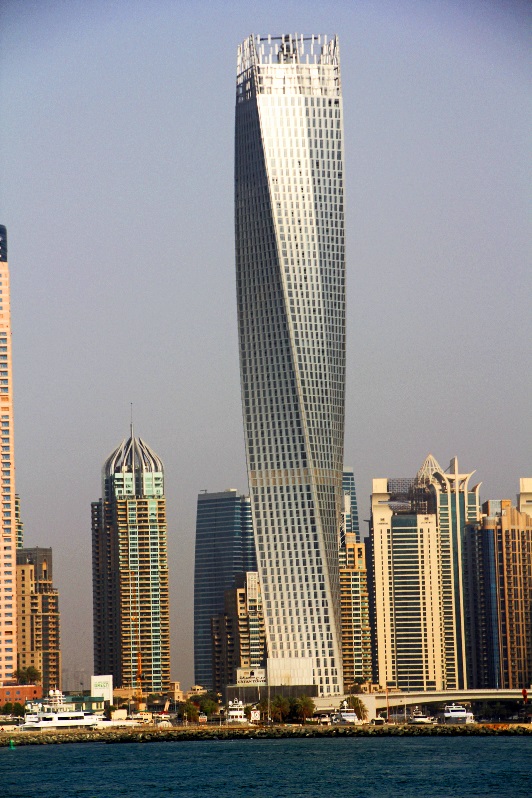 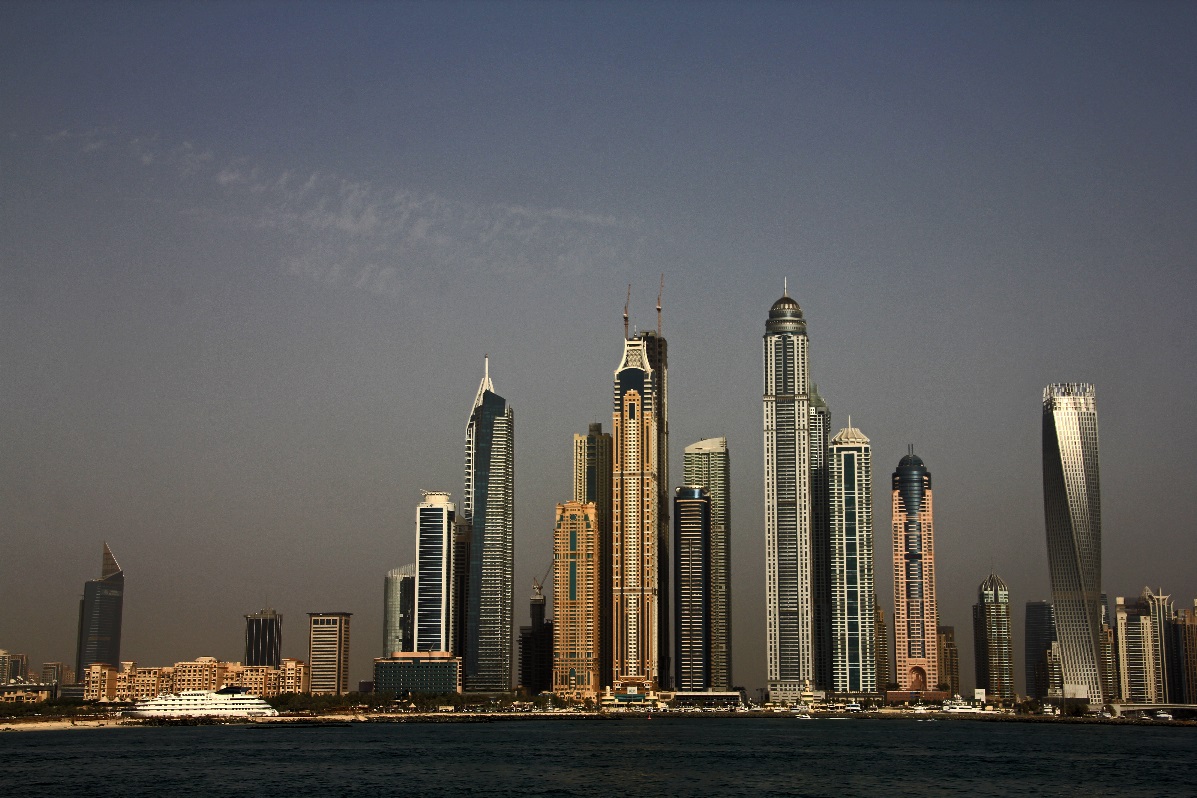 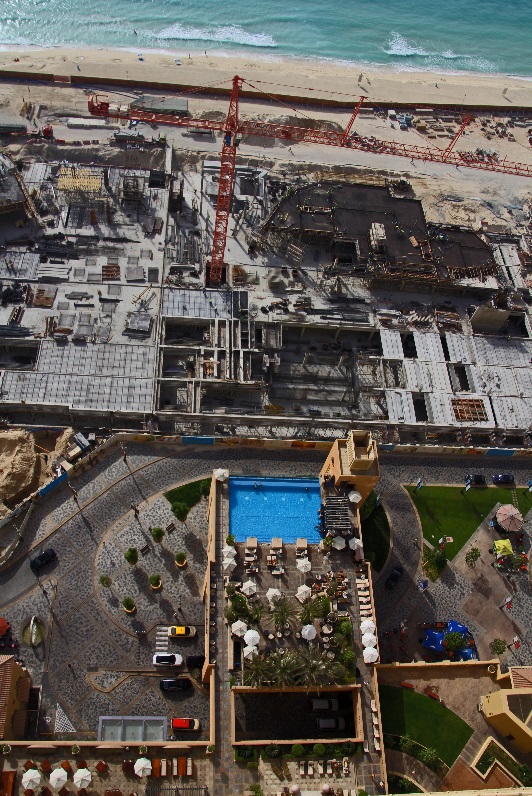 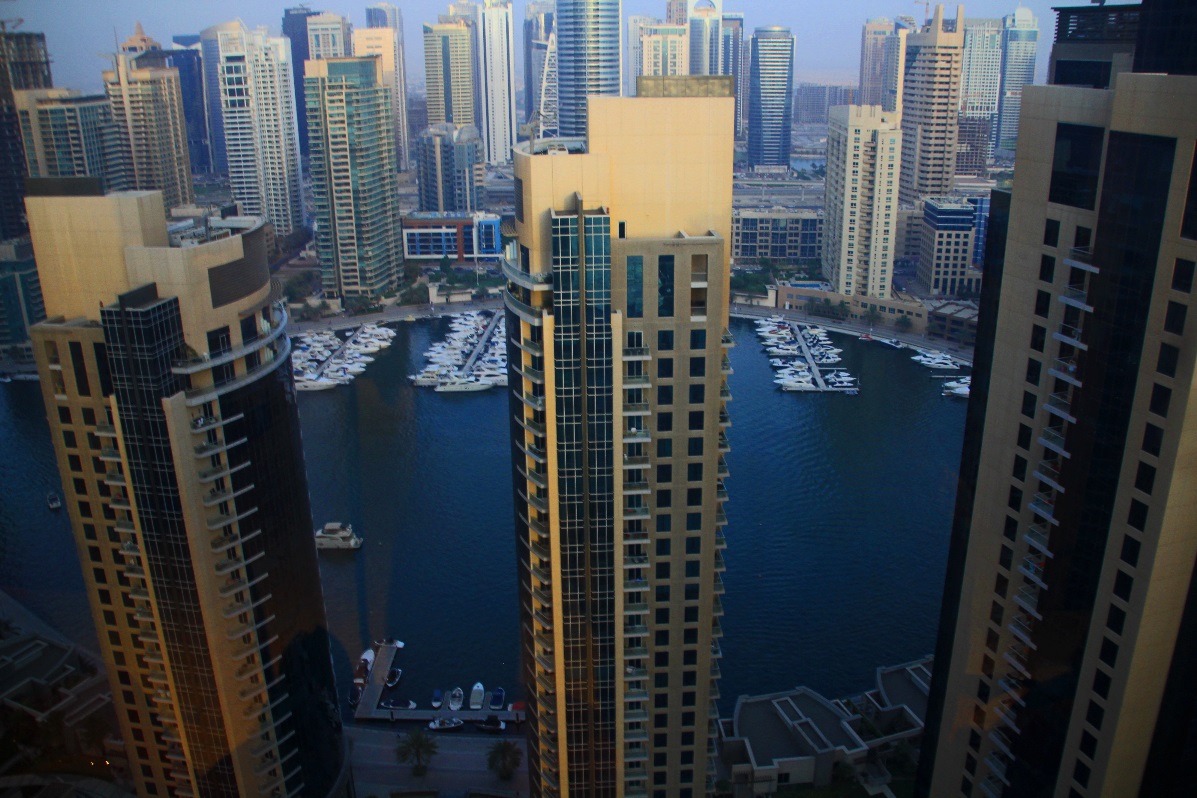