Gold, cherished across the globe throughout history, has played its part in shaping the layout and politics of many a modern day tourist destination. From the exploration of wilderness areas to interaction with indigenous peoples, all five continents have seen their share of conflict as well as development, thanks to gold. 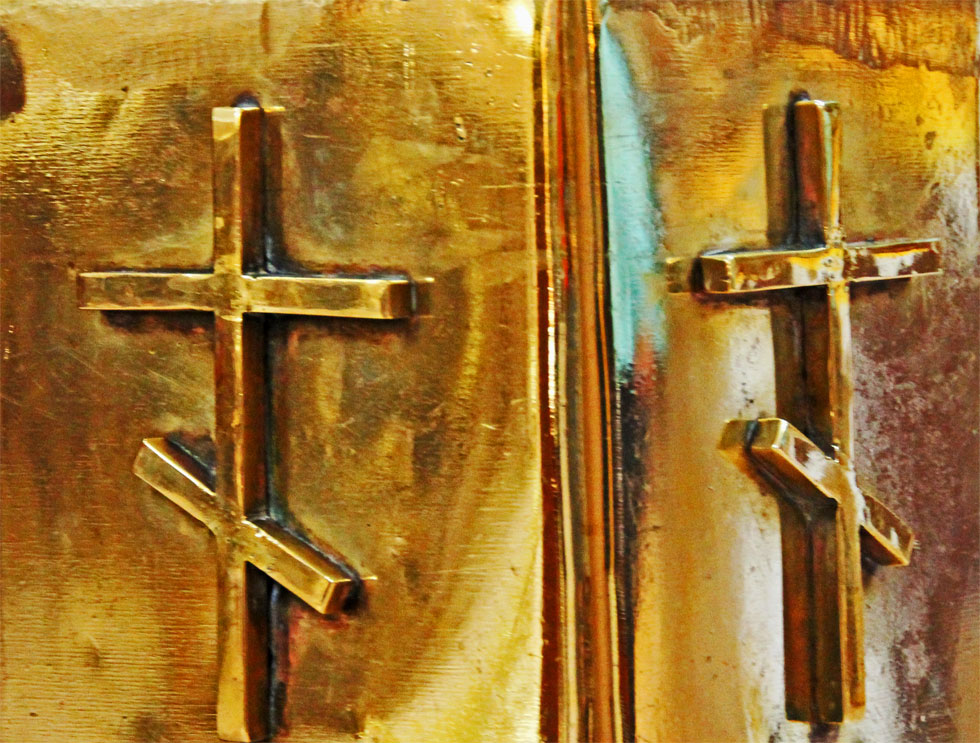 Travelling across the continents today tourists can bear witness to the historical belief that gold represented the ‘sun & heaven above’ – from Ancient Egypt in Africa to the Andes in South America. Religion, spiritualism, medicine, personal beauty, power and personal ego are reflected in many a monument and shrine. Man’s desire for gold, and his keenness to exhibit it, continues to influence what appears in today’s tourist brochures, holiday chat-rooms and destination websites. Some of the most exciting travel itineraries include the opportunity to appreciate mankind’s most talented goldsmiths, artistic designers and political figureheads. 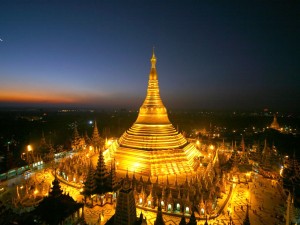 For example, when visiting and understanding ancient Greek venues today, one is immediately aware of the fact that the ancient Greeks used gold as money, having mined it from the western shores of Gibraltar to outer reaches of Asia Minor. Almost every civilisation has craved, used and traded gold from the Phoenicians, Arabs, Indians, Incas and Aztec to the Hittites, Persians, West Africans, Chinese and Europeans.

Today, the subject of gold still remains high on London’s agenda. Not only with the financial markets but also the British Museum presently have the outstanding ‘Beyond El Dorado’ exhibition running until 23rd March 2014.

As for modern day tourist destinations, the very existence of California (Nomadic Thoughts’ most popular summer USA holiday destination) goes back to the gold rush after James Marshall discovered gold in Sacramento 1848. The precious metal has enjoyed the ride ever since, even going into space in 1961 to safeguard rocket instruments against radiation.

Although most of the gold I own is firmly attached to my rather brittle back teeth I have always been aware of how it has impacted on some of my favourite tourist destinations. So on this basis I thought I would list my ‘Top Six Gold Sites & Experiences’ across the world.

The golden coloured statue of the Inca leader Pachacuti Yupanqui (Pachakutiq Inka Yupanki – Quechua) stands proud in the heart of Cusco, at the centre of Plaza de Armas, surveying the square, appearing to welcome one and all. 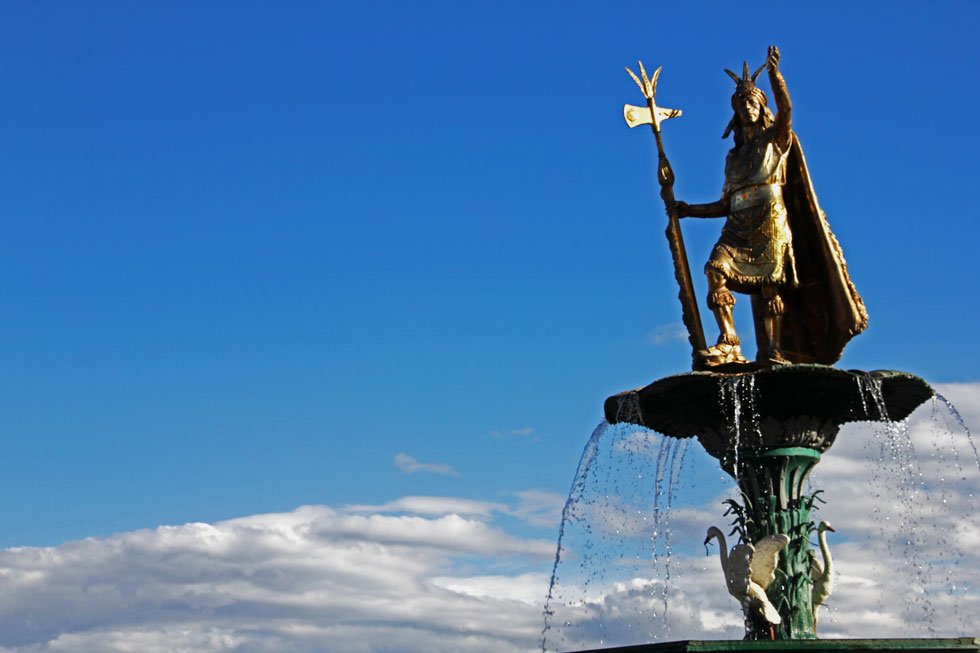 To me he represents what is so special about Cusco, both today and historically. As one of the Incas’ most impressive leaders he is believed to have played a major part in the development of Macchu Picchu – which draws so many international visitors. Ironically the Spanish, with their insatiable thirst for gold, destroyed the Inca of yester-year, yet today a golden Inca remains the central figure in Cusco, their capital.

Equally poignant is that modern day Cusco is hugely spiritual in its traditional beliefs with a vibrant music and arts scene very much tied into all that Pachacuti represents. Locals will also tell you, with a wry smile, that the figure, which resembles a north-American Indian, was in fact a mistake – as it got mixed up with another ‘Indian’ statue destined for north America.

Quite simply one of the world’s oldest and most beautiful pagodas in the world, it has for so long represented all that is good about Burma. Standing 99m high, the Shwedagon, legend has it, has been around for over 2,600 years. 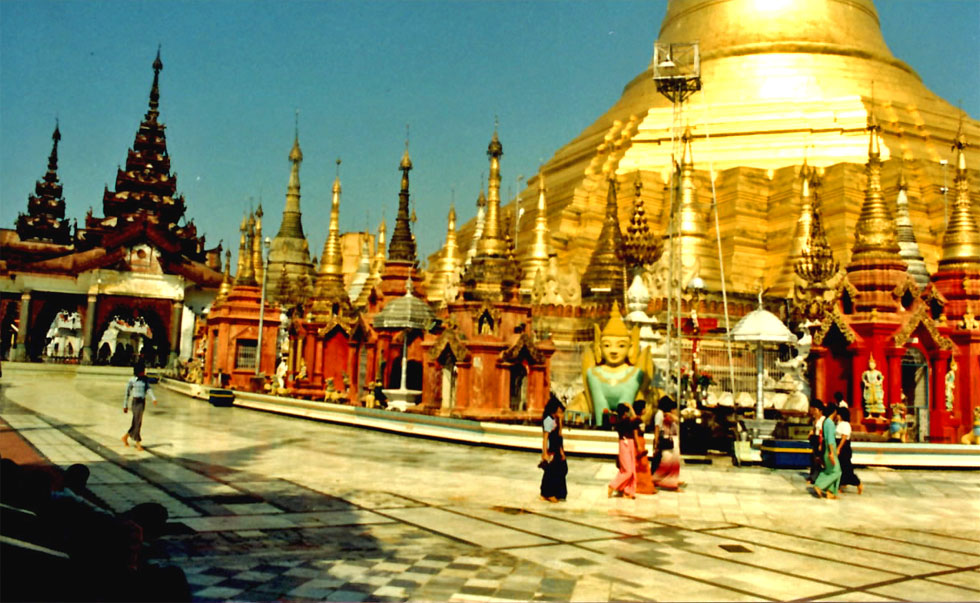 When I first visited Burma in 1984 my Burmese hosts proudly showed me around this most peaceful of monuments, with its plethora of surrounding mini pagodas, shrines and temple offerings. The whole structure is coated in donated gold leaf giving it a regal ambiance. I remember being told how the local bird droppings were auctioned off every month for their gold content – the birds peck small flies and insects off the warm gold leaf coating. In addition the top of the Shwedagon is covered in inch thick gold panels.

The link between Varanasi (Banaras) and gold maybe less obvious, but for me it will forever stand out as one of the most bizarre examples of man’s desire to search for the metal.

Based on the River Ganges, Varanasi has always been hugely significant to Hindus. For many Hindus the ultimate wish is to be cremated on the bank of the great river when they die. The ghats of Varanasi are where the pilgrims go to bathe, pray and meditate. I remember standing high above one of the funeral ghats watching the serene and humbling scene below as families arrived with their dead. A very calm, steady line of shaven-headed eldest sons carried their fathers to the awaiting funeral pyre. 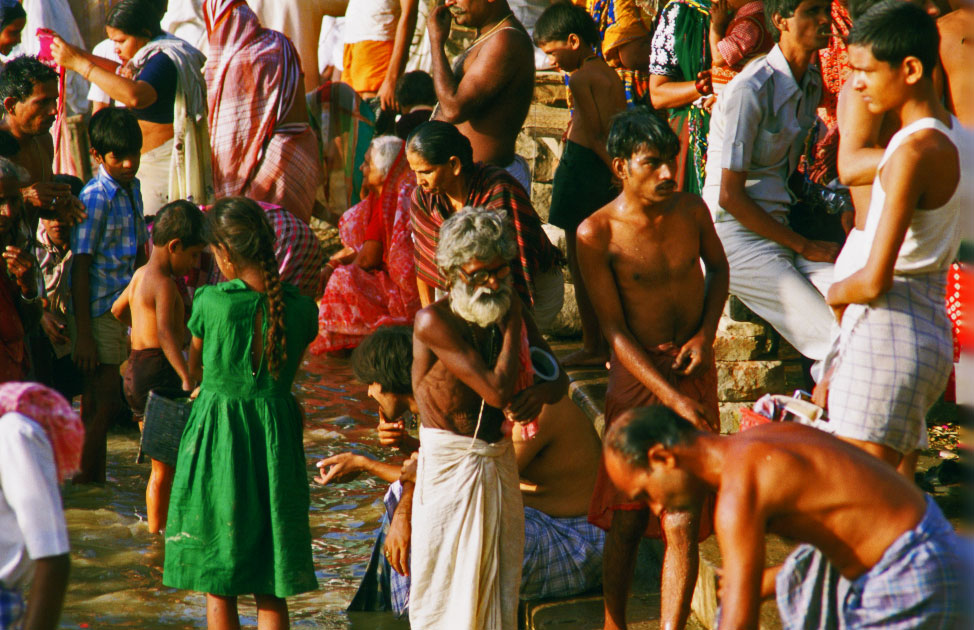 Having paid the owner of the ten metre square ghat fee for the privilege of cremating their father on the banks of the Ganges, they watch their dead relative burn. After the fire has subsided a member of the ghat owner’s work-force scoops the ashes into shallow wicker baskets.

The baskets are passed to men standing waist high in the river, who gently rinse through the ashes looking for any excess gold content. When they find a speck of gold (presumably from previous dentistry work, or jewellery) they hand it over to the often fat, sedentary, beady-eyed ghat owner – who keeps them for himself.

Only after the ashes have been fully rinsed is the son be able to sprinkle them in the River Ganges. 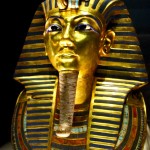 The most remarkable solid gold work of art you are ever likely to see.

I can still remember gaping at the extraordinary funerary mask of Tutankhamun in the Cairo Museum. Considering its age, the workmanship of the solid gold mask is as breathtaking as the sense of history it awakens. How the ancient Egyptians managed to obtain, design and craft such a beautiful gold-dominated piece becomes even more unfathomable when you are standing only a few feet away from it.

The ultimate shrine for the Sikh faith, the Golden Temple is magnificent in its setting and a privilege to visit. The actual Temple itself sits in the middle of the Holy Lake, connected to the surrounding marble shrines by a busy sprinter-distant-walkway. 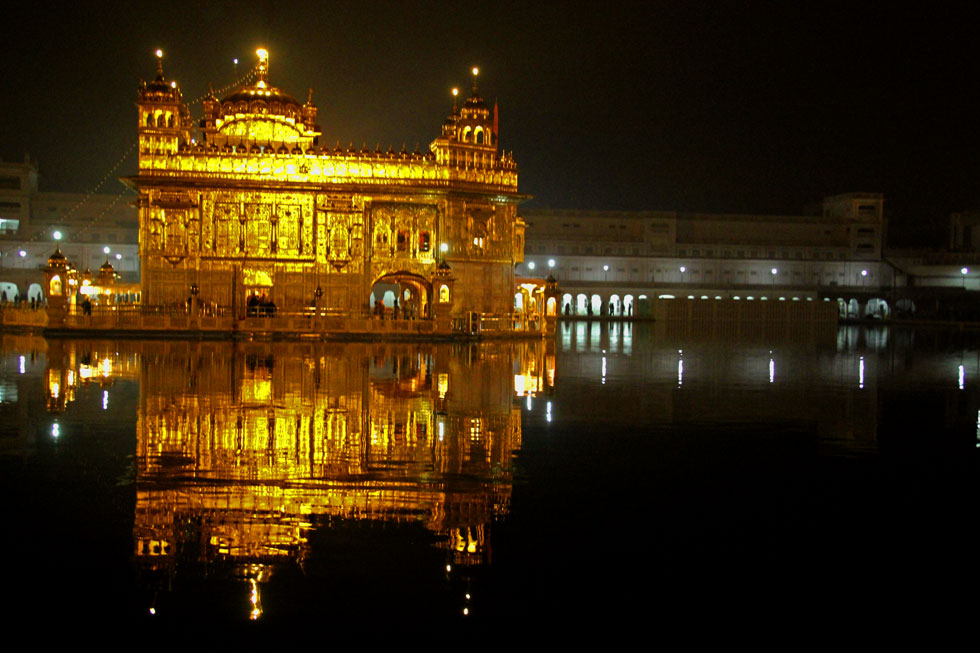 The golden moment is when the sun sets and the whole temple area appears to glisten in the clear night sky, with stars and moon reflected in the Holy Lake waters.  The Golden Temple itself shimmers in the evening light, and becomes a hive of activity during the Holy-Book-To-Bed-Ceremony when thousands accompany the high priests as they carry the book back across the walkway to its night-time temple abode.

If you were to ask most people what type of ‘gold’ they first think of when asked – ‘Olympic Gold’ would be the answer. Certainly in the city I live in – London. 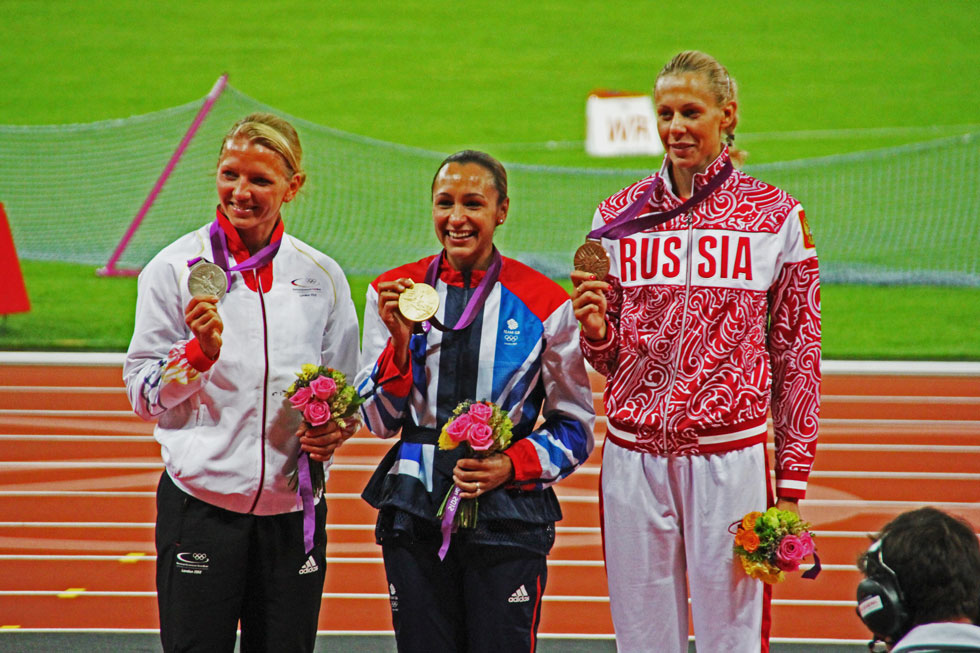 Of all the golden moments I have been lucky enough to be a part of, ‘Super Saturday’, during the London 2012 Olympics, is my hands down winner.

I took this photo standing in front of Jessica Ennis as she was presented with her gold medal at the end of what was the most remarkable of evenings for British sports fans.