Nepal’s capital, standing guard across from the highest Himalayan peaks, has been known as the ‘City of Temples’ for generations. With its swathe of World Heritage sites it takes on a new lease of life every evening as the sun goes down. 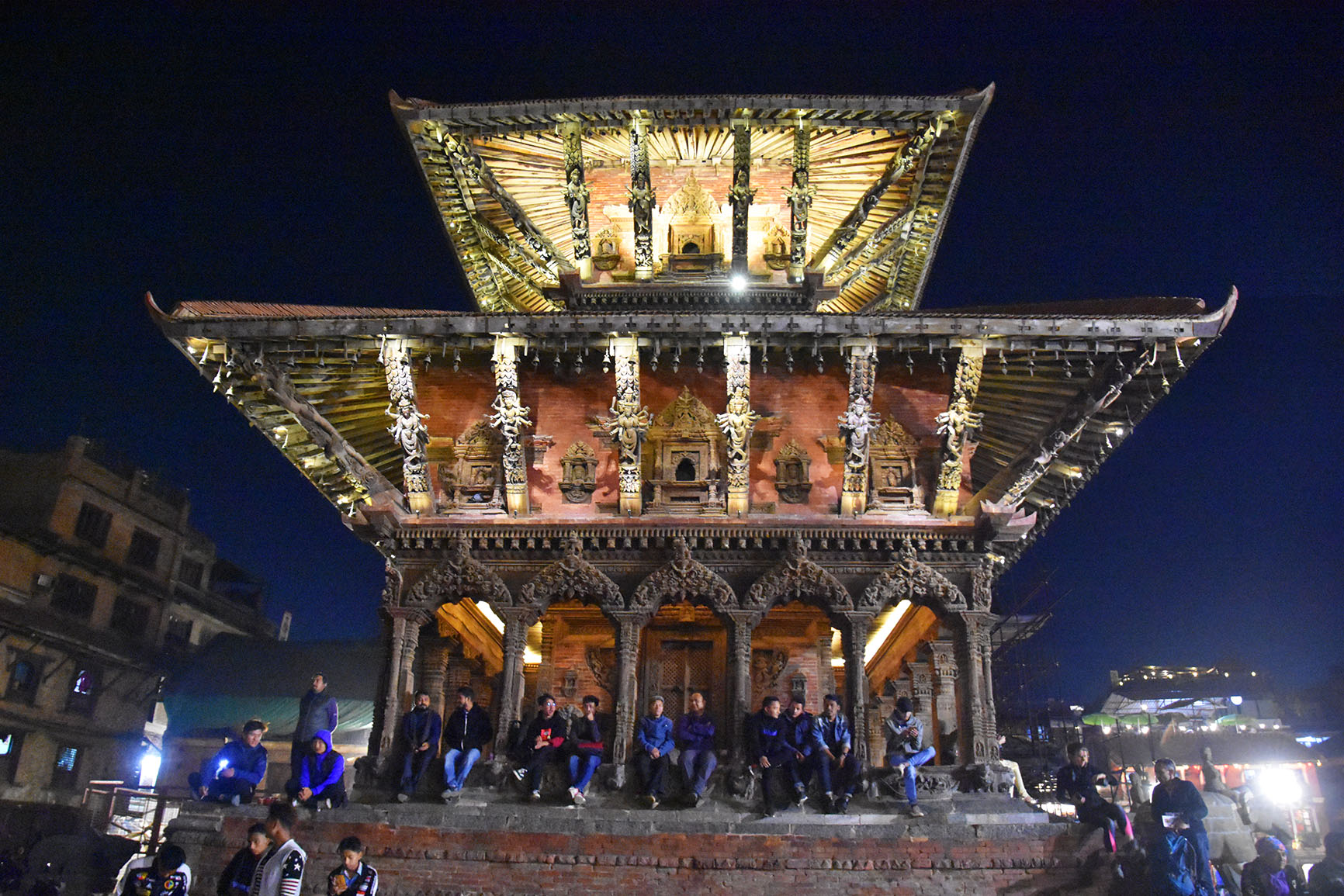 Enthralling, chaotic and full of energy, this traditional home of the Newar people is the country’s capital as well as its spiritual heartbeat, and the epicentre of culture, history and art.

Whether in the throes of one of its many festivals or not, Kathmandu has a uniquely infectious magnetism. I love it, and having just returned from a visit, I want to focus on three iconic venues that particularly caught my eye after sundown. 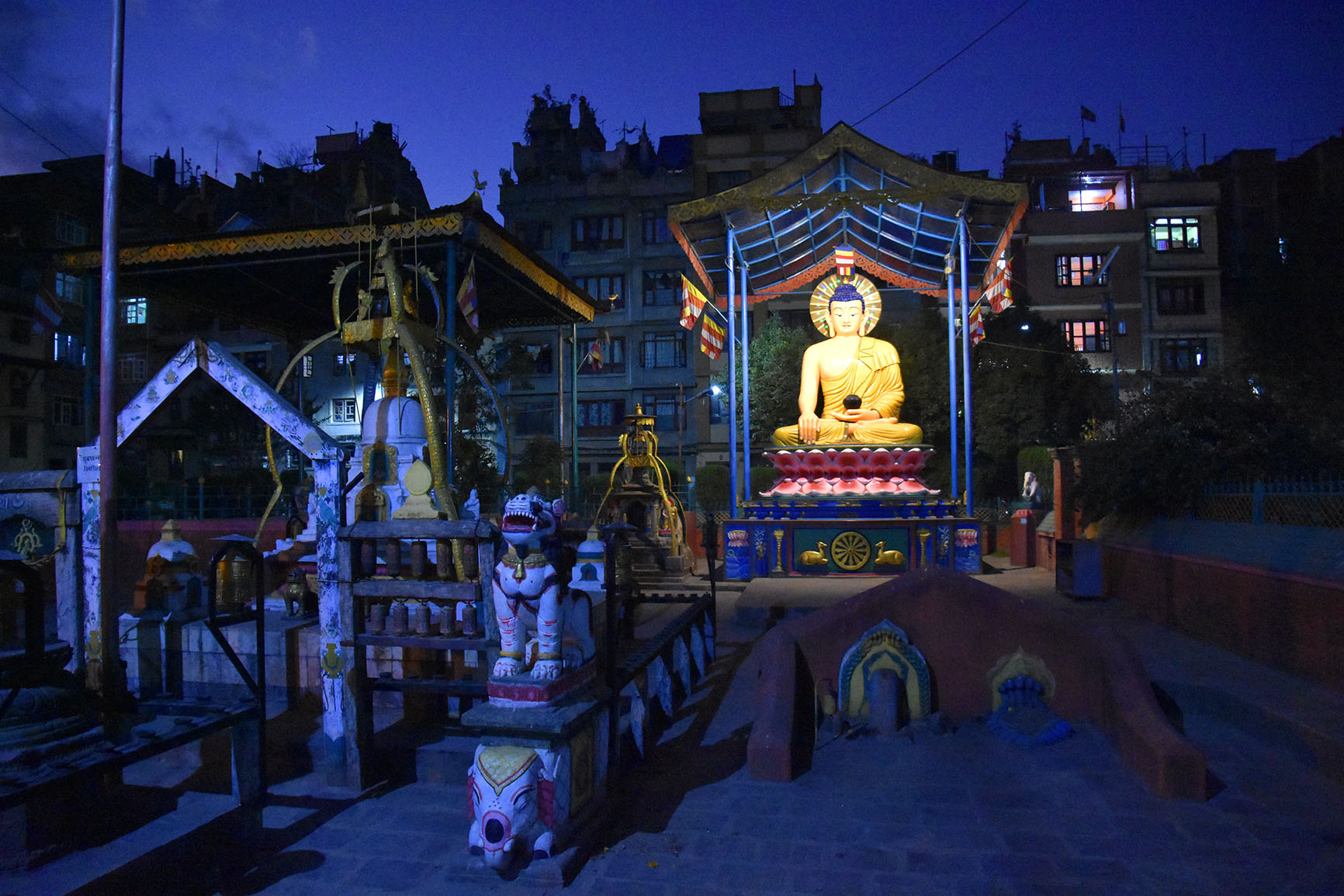 In each destination the ambiance takes on an altogether mystical radiance once the sun sets and the local people gather round. 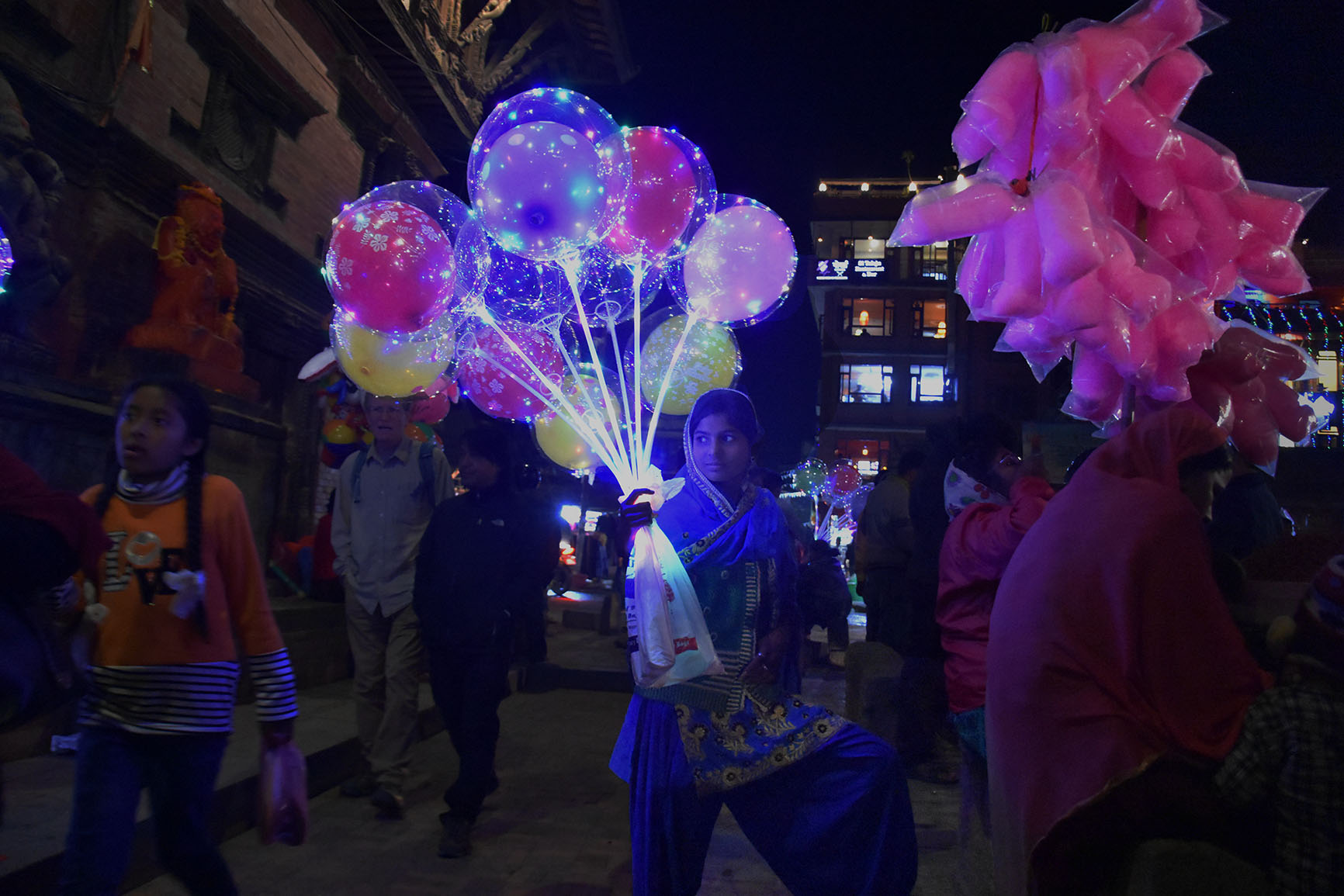 The Great Boudha, with famous eyes gazing out from below the golden spire, is one of the world’s largest stupas. Dominating the city’s skyline, just 11km from the city centre, it has traditionally welcomed Tibetan traders over the centuries. To a backdrop of fluttering prayer flags set against the glow of the rising moon and indigo sunset, the number of visiting pilgrims grows until there is a ten-deep circle of human traffic gently revolving clockwise around the base of the mandala. 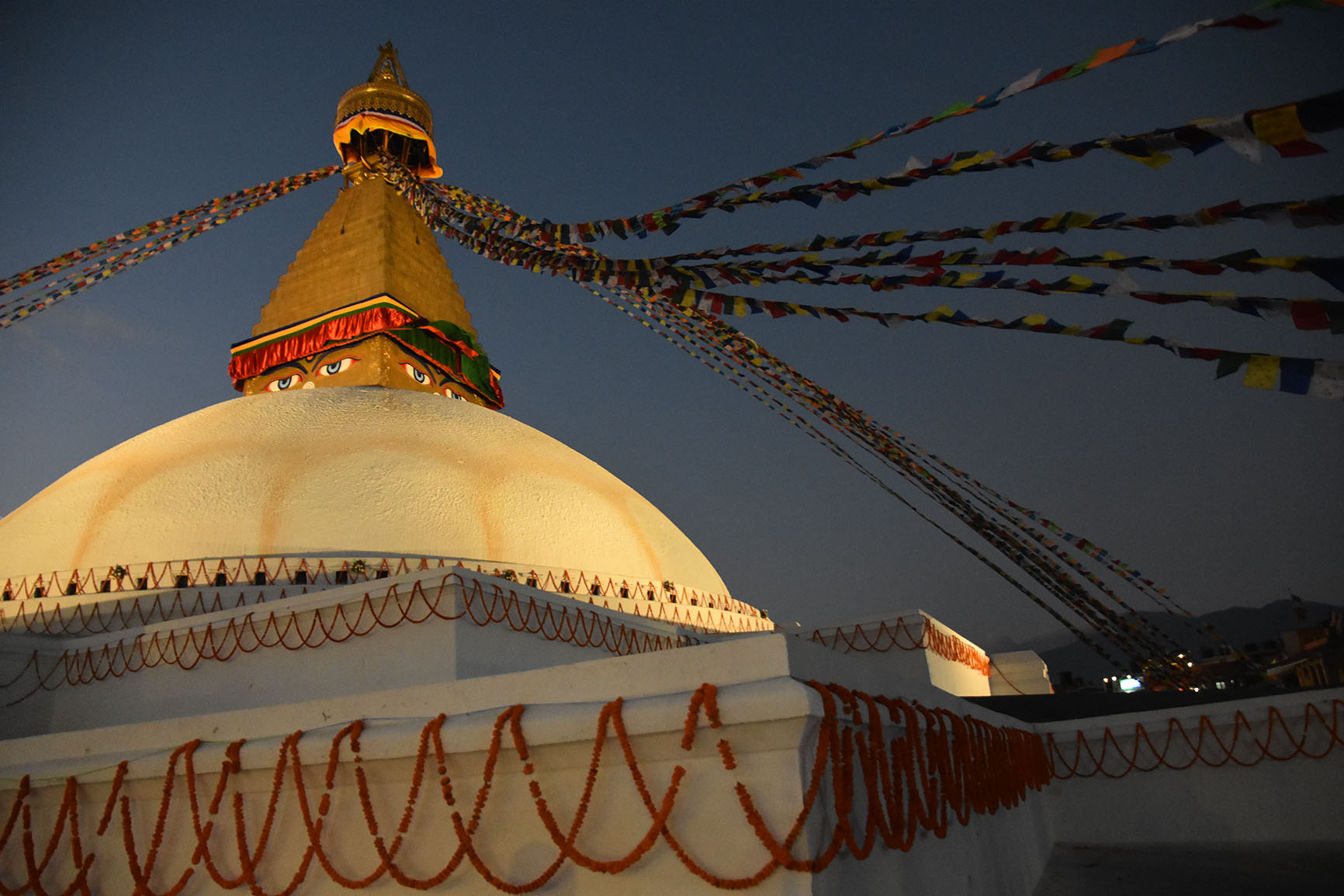 By contrast, the city’s famous Pashupatinah Hindu Temple settles down into a mellow hush, as three priests on the ghats, located on the opposite side of the river, perform their nightly candle ceremonies. 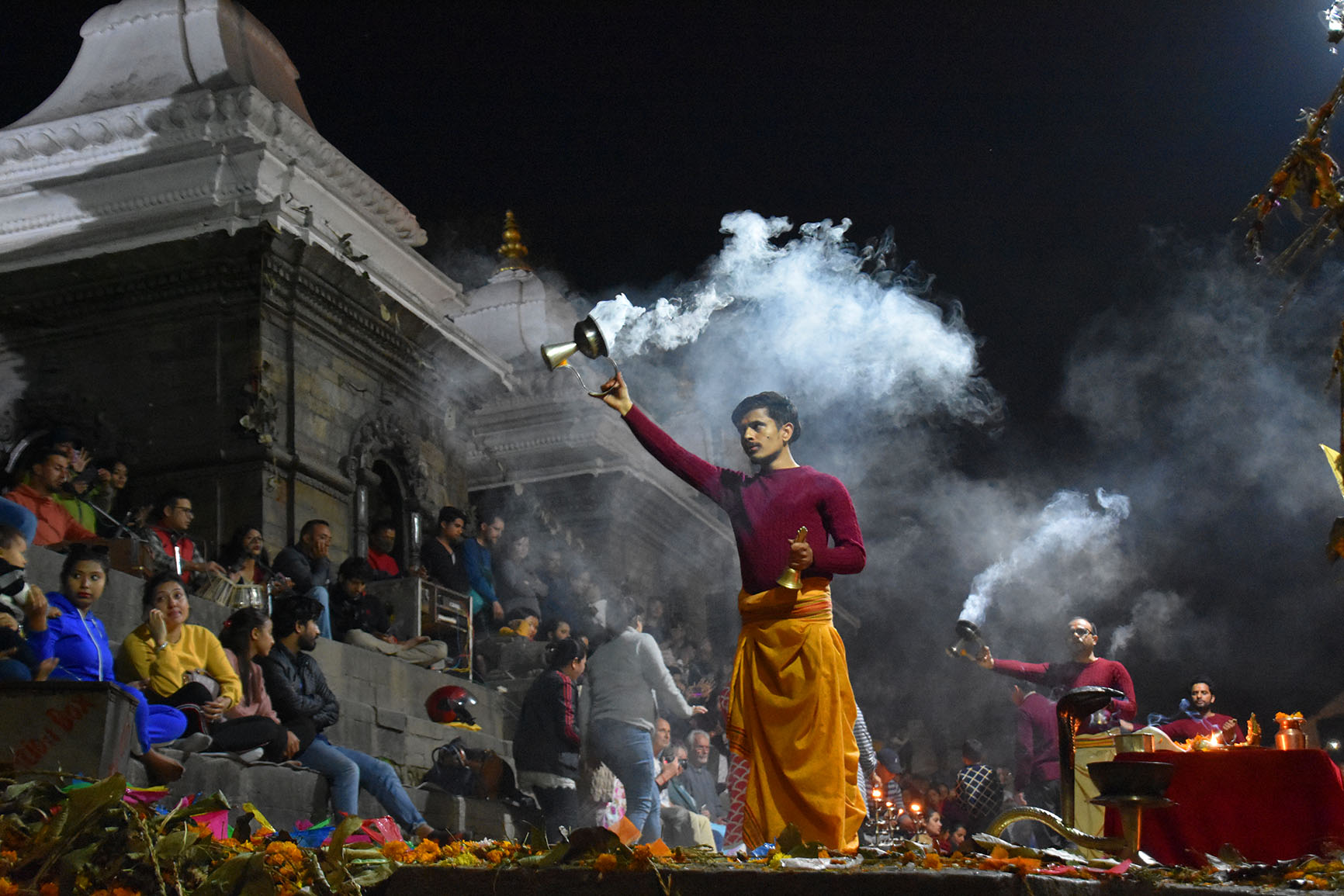 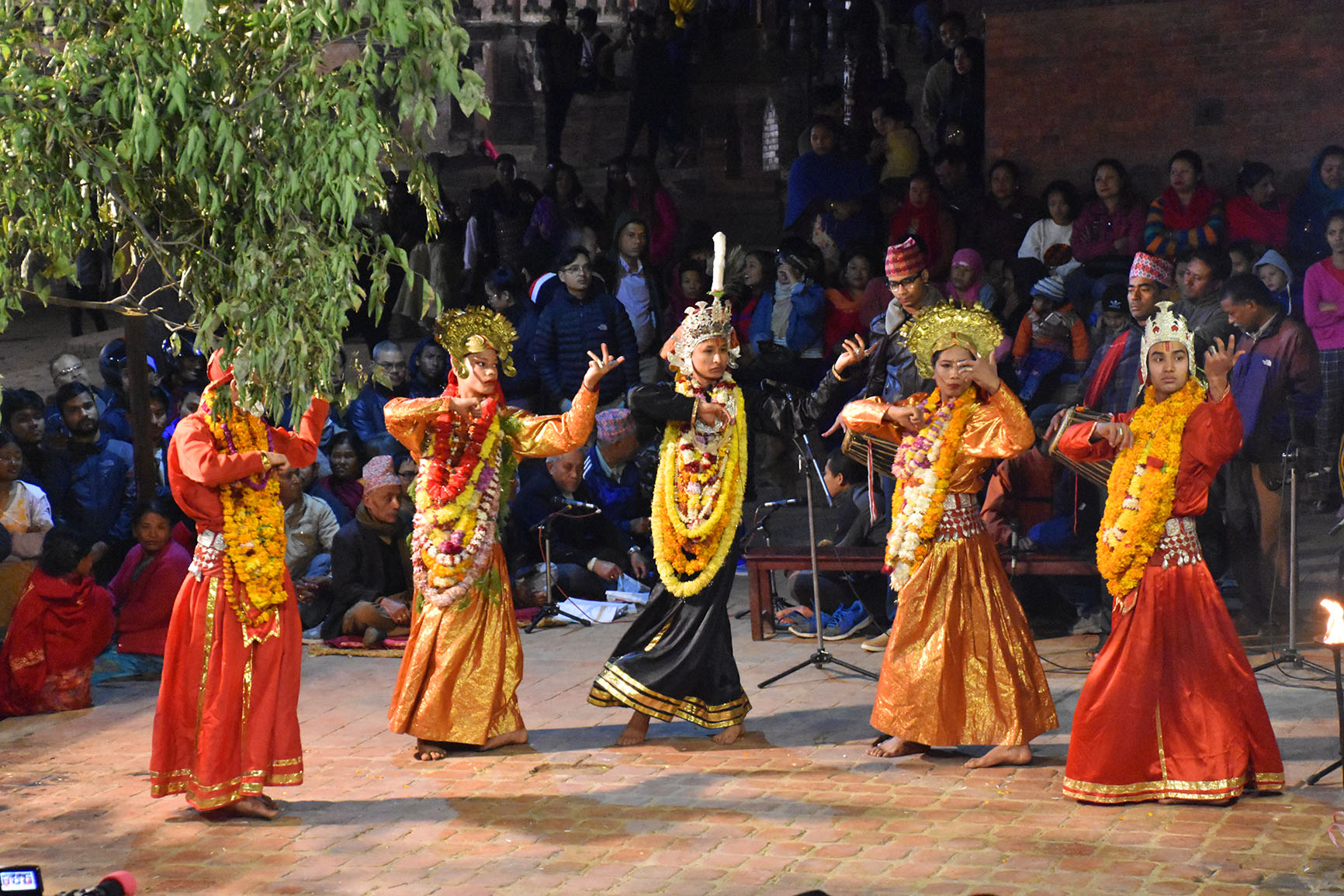 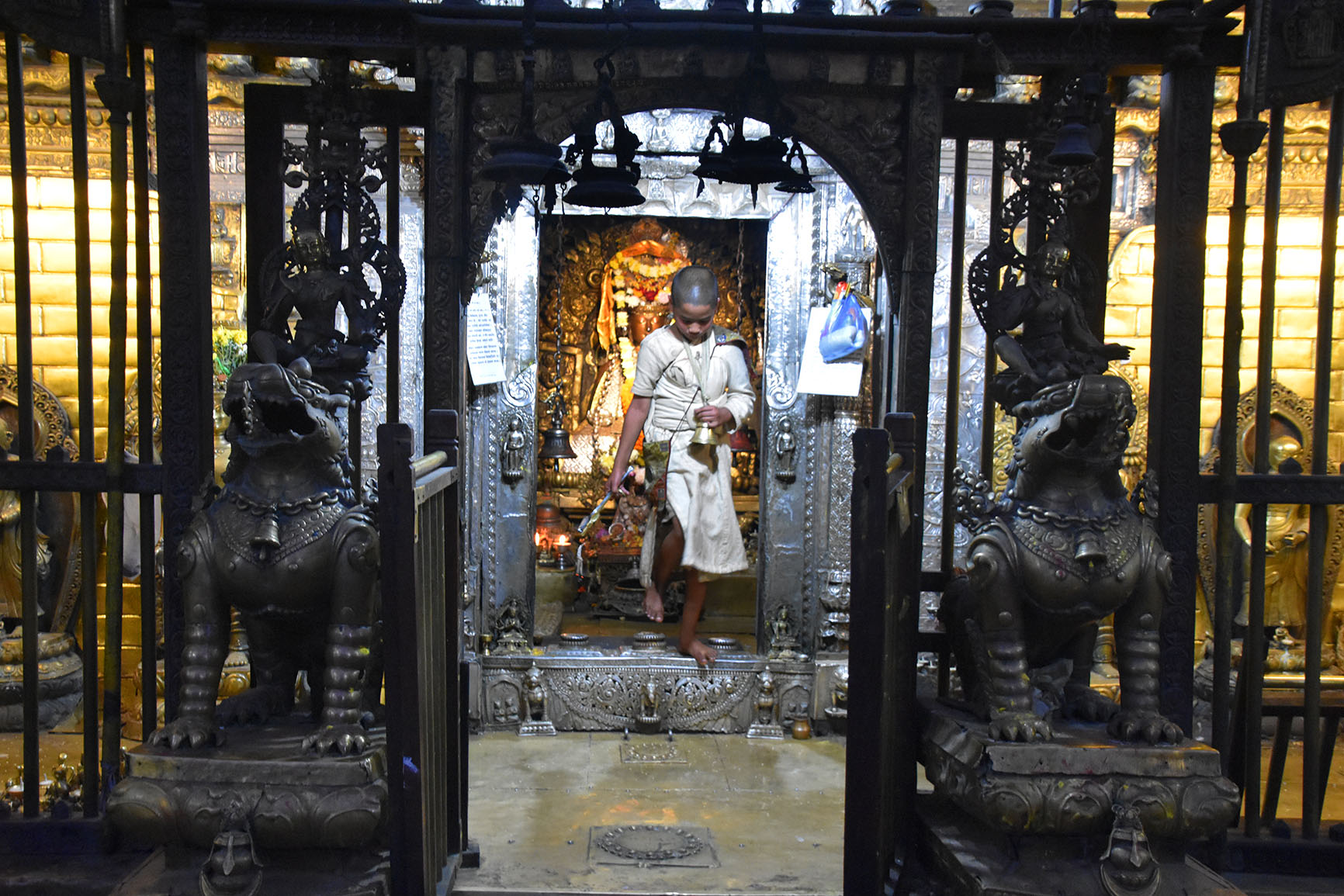 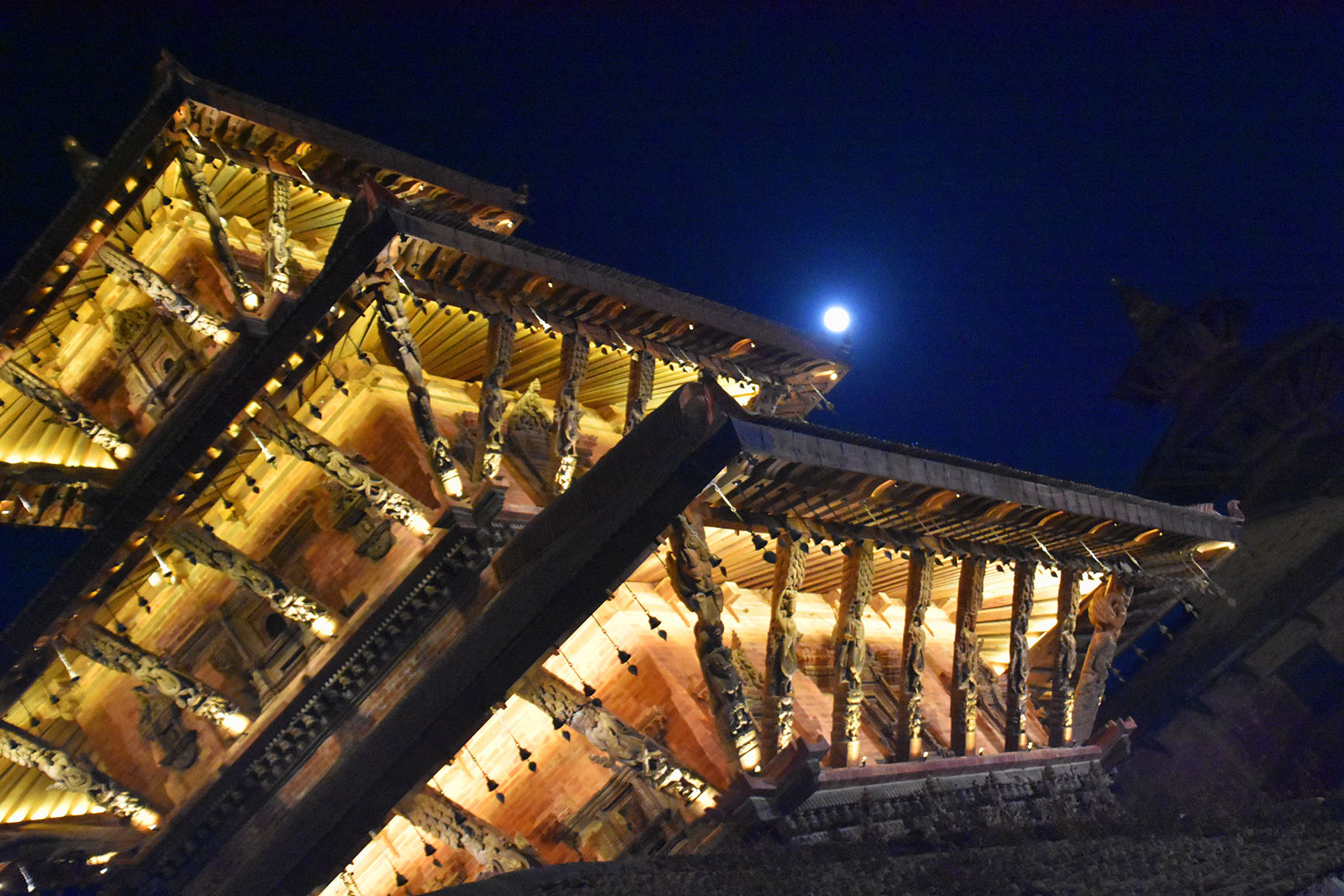 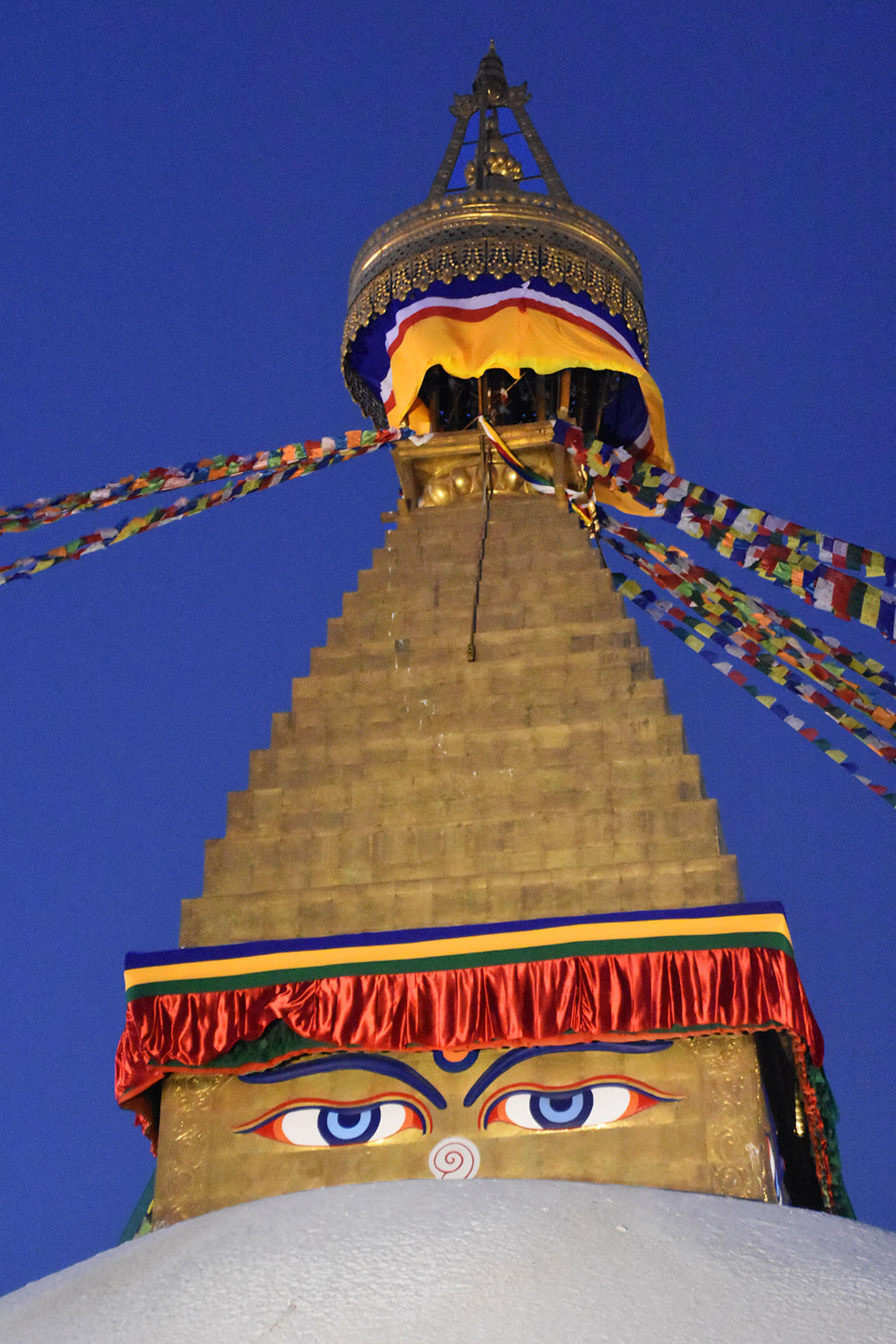 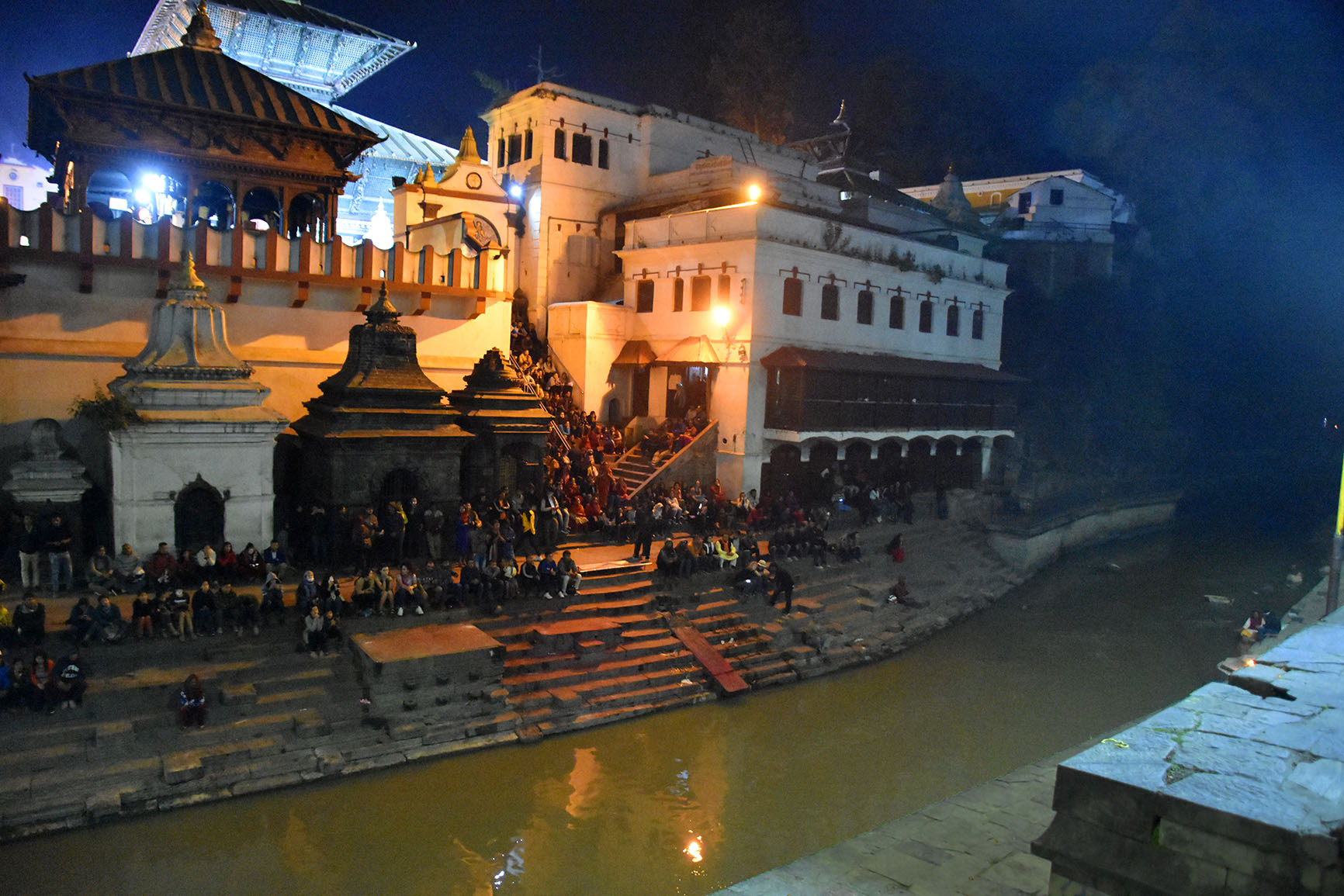 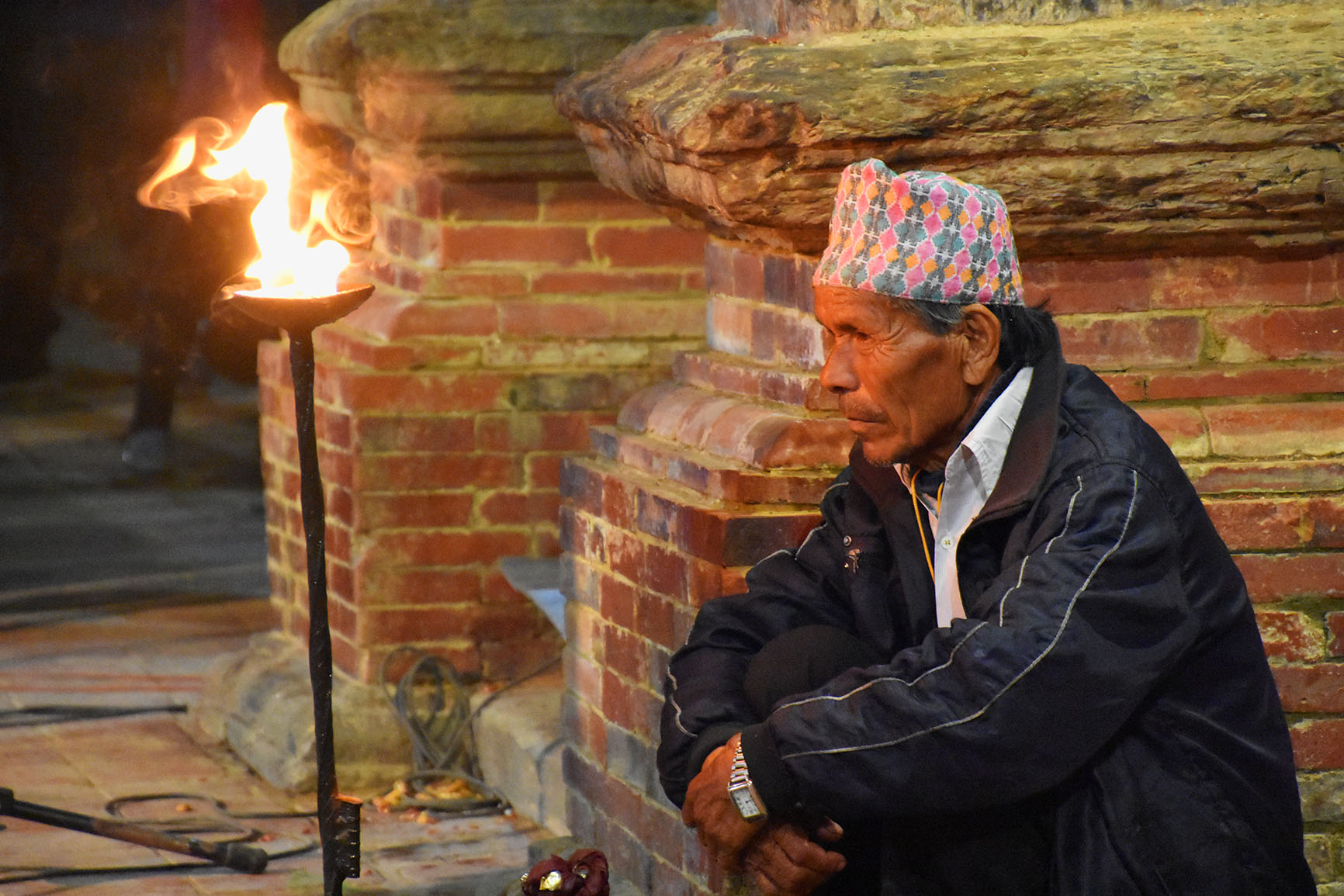 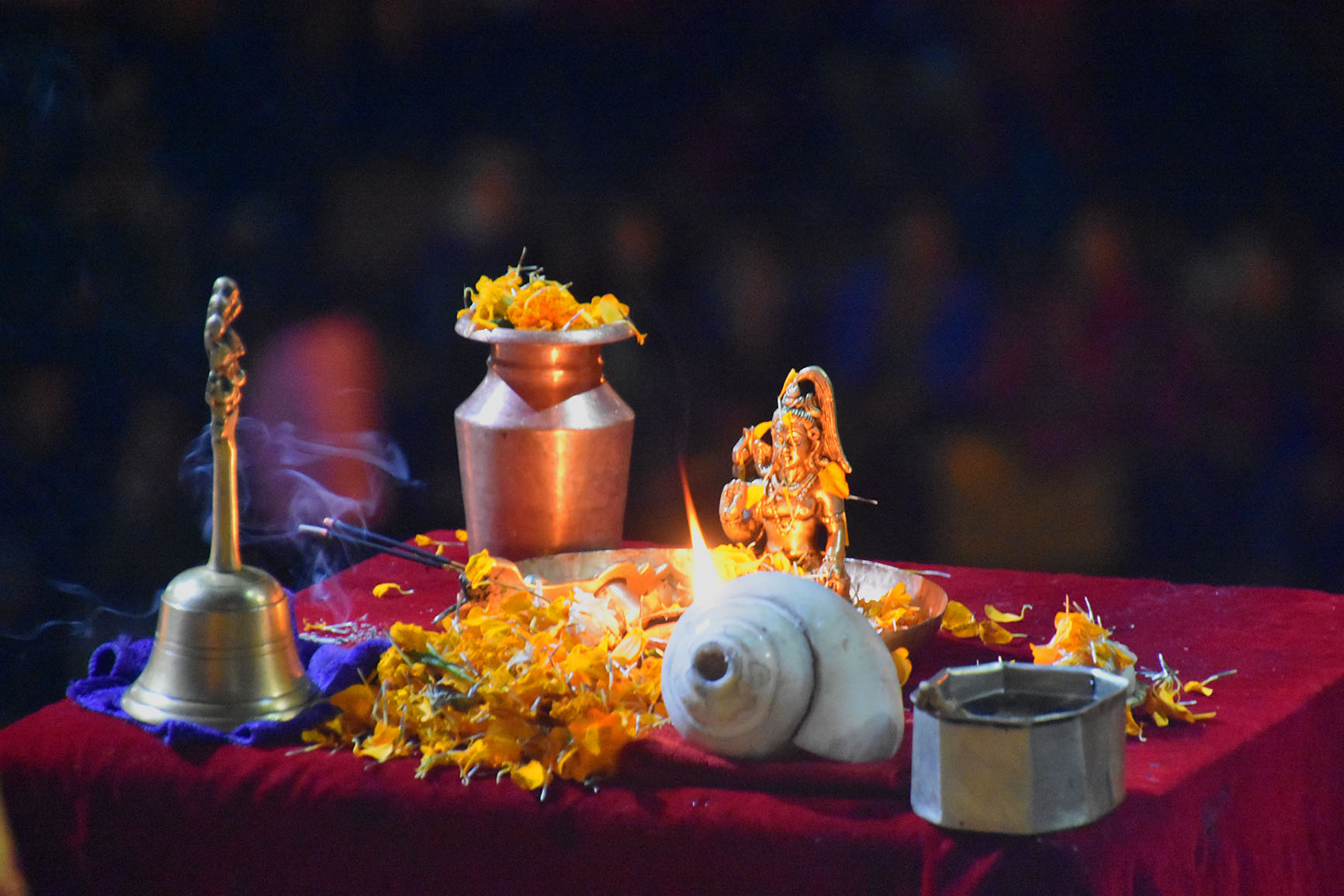 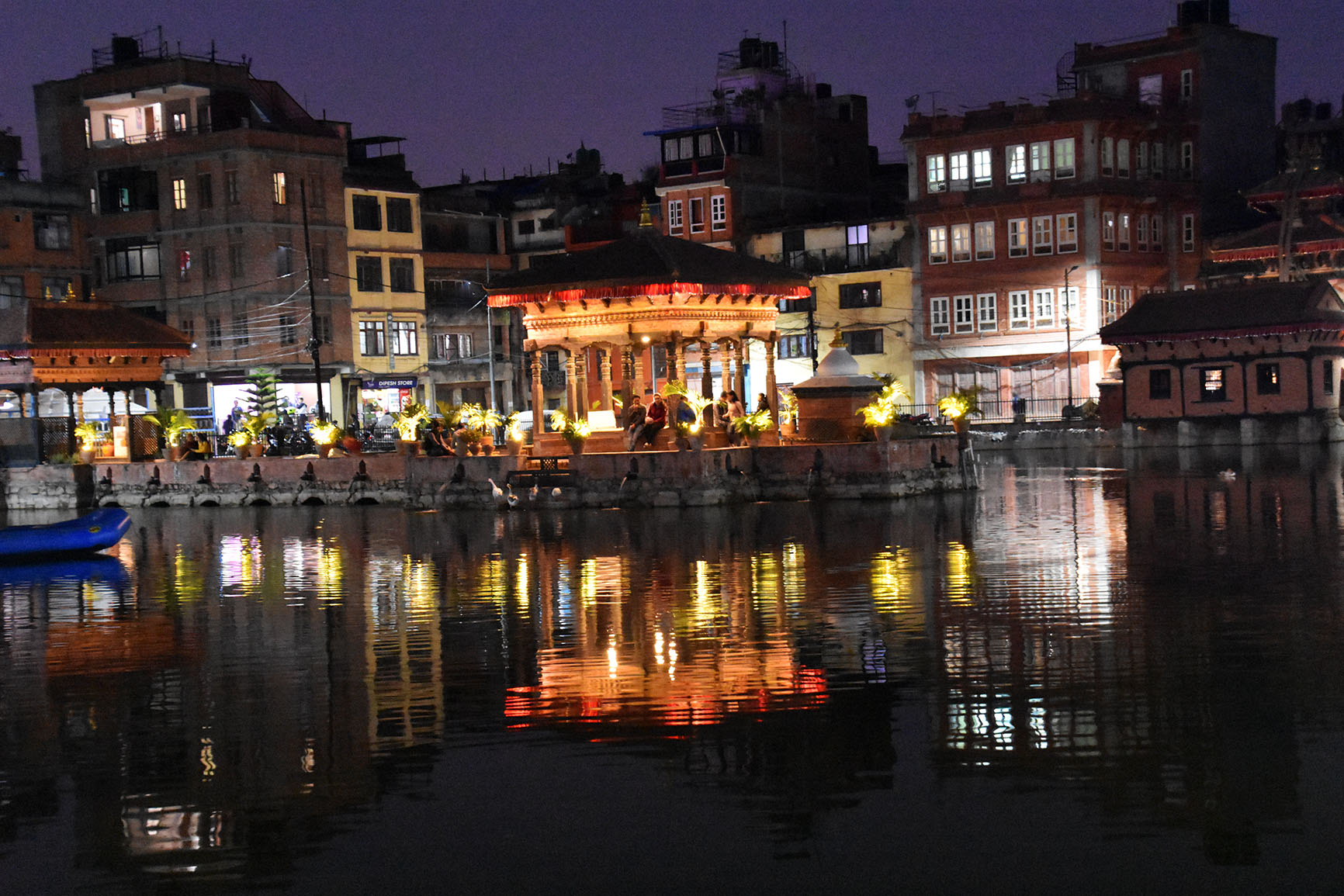 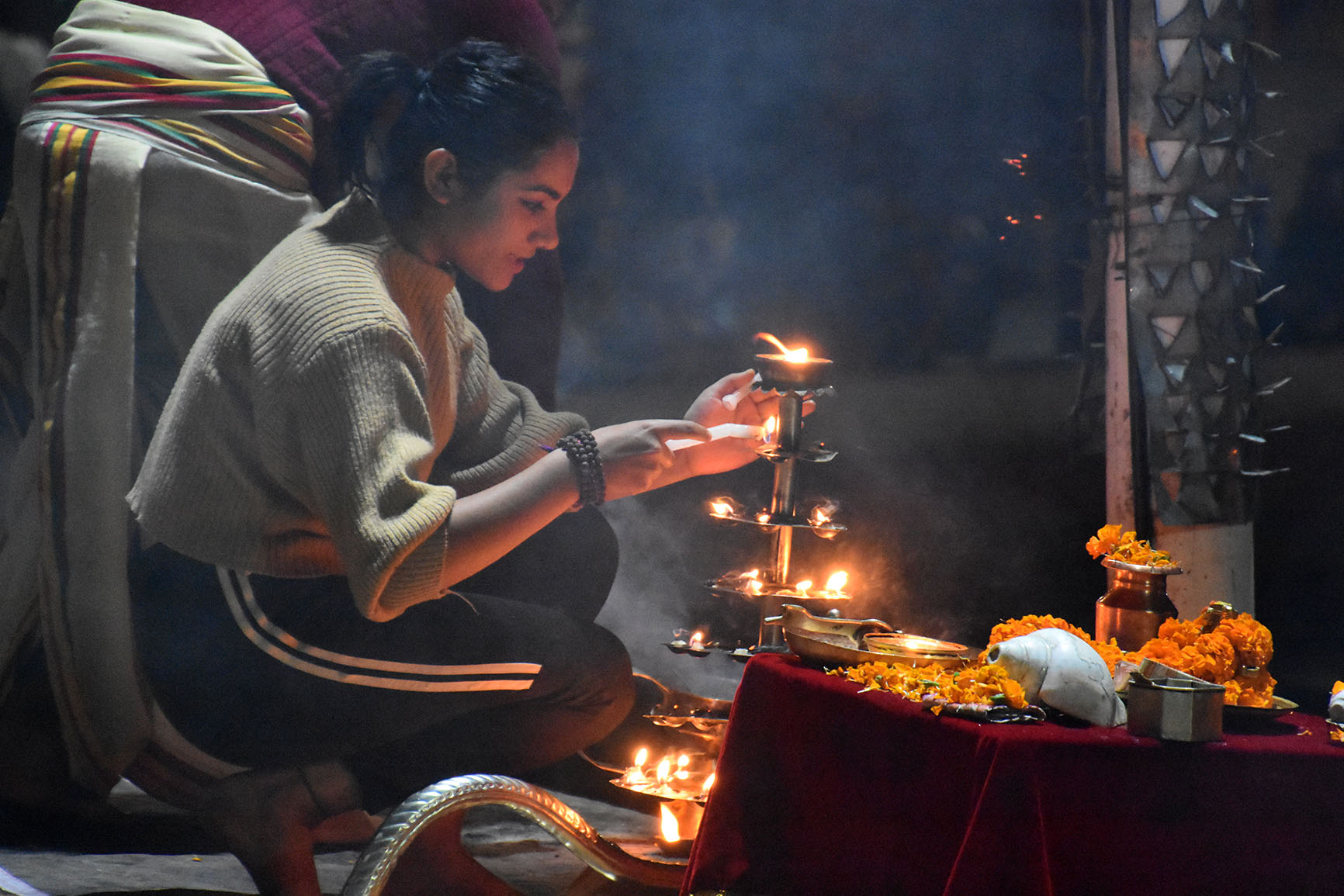 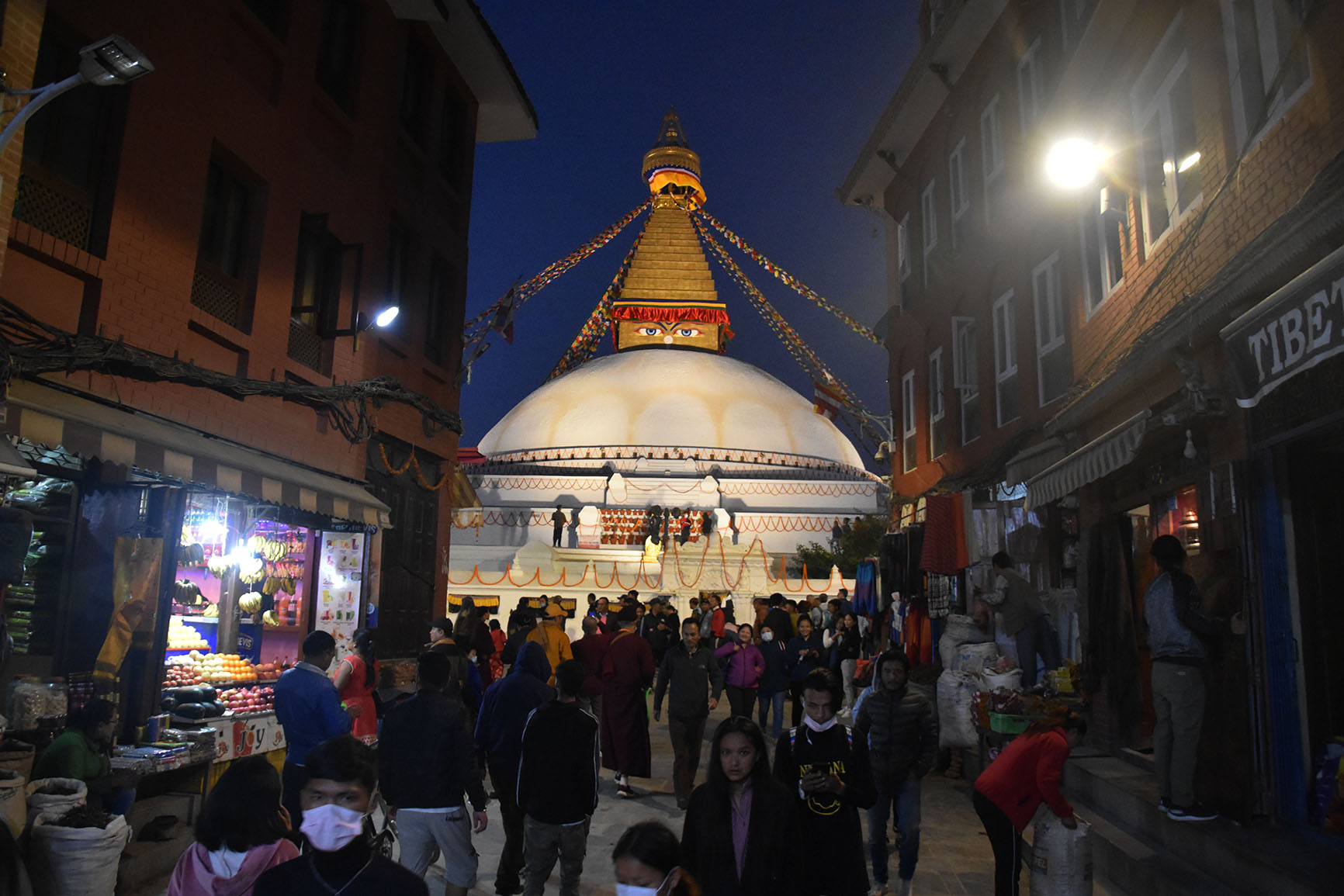 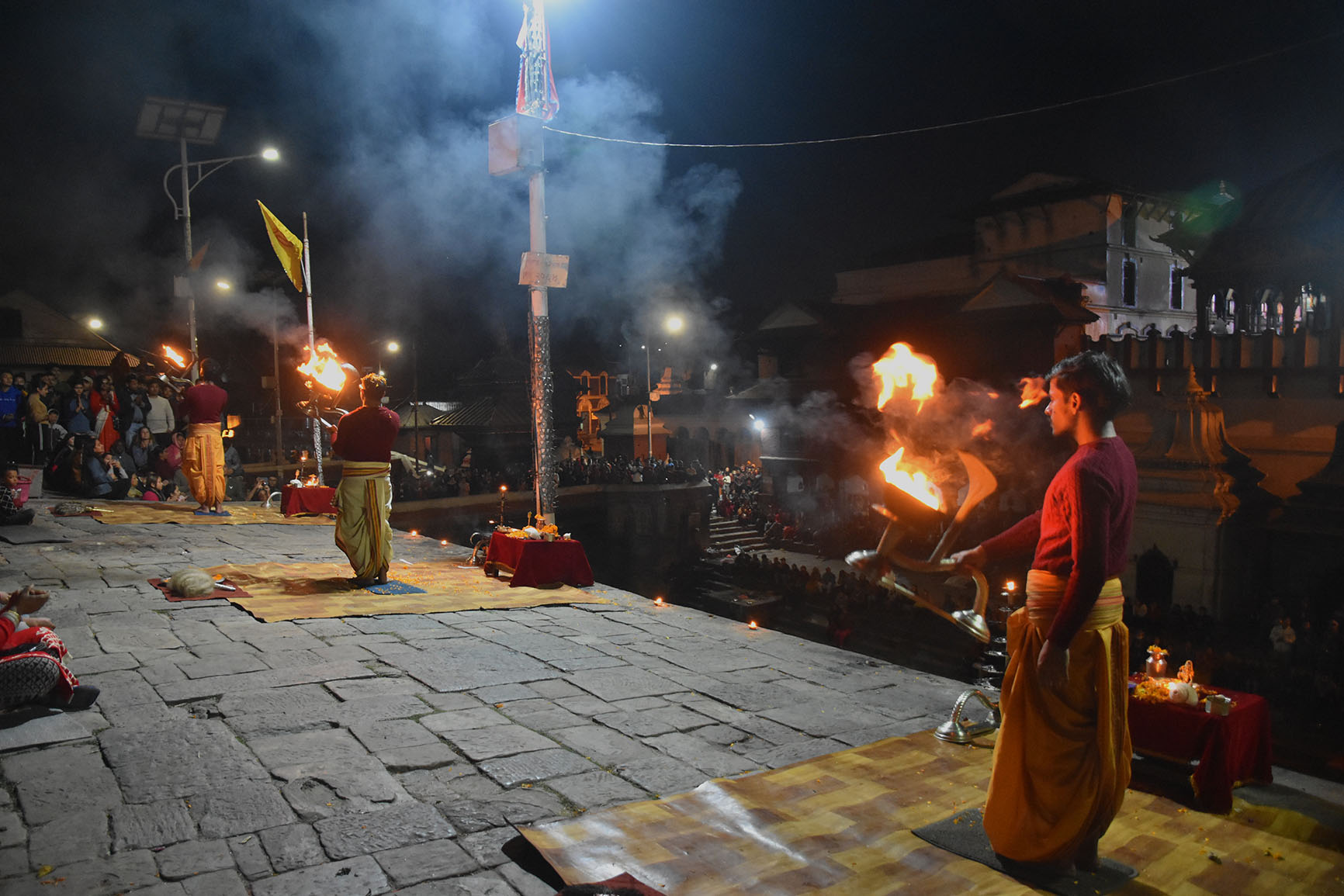 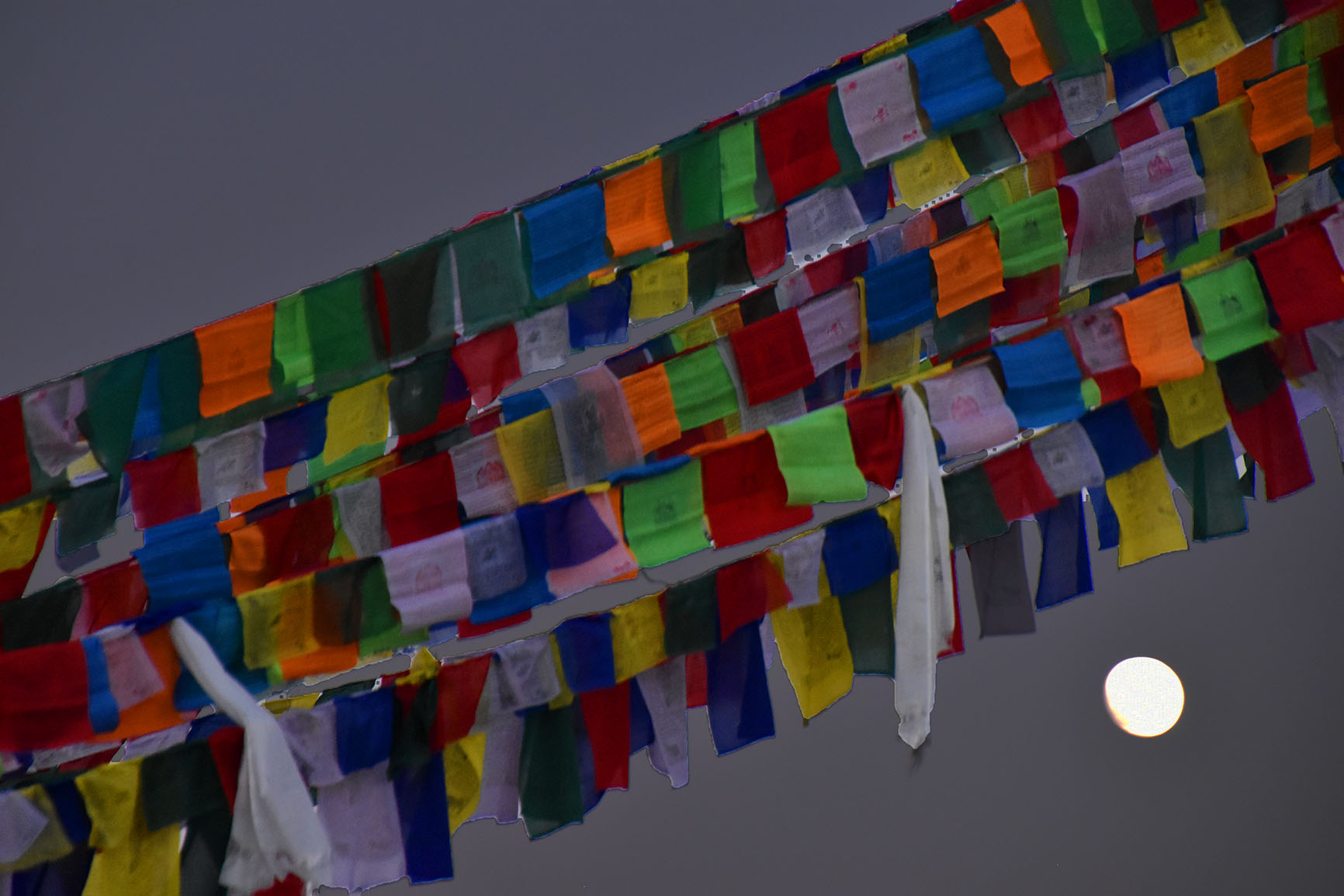 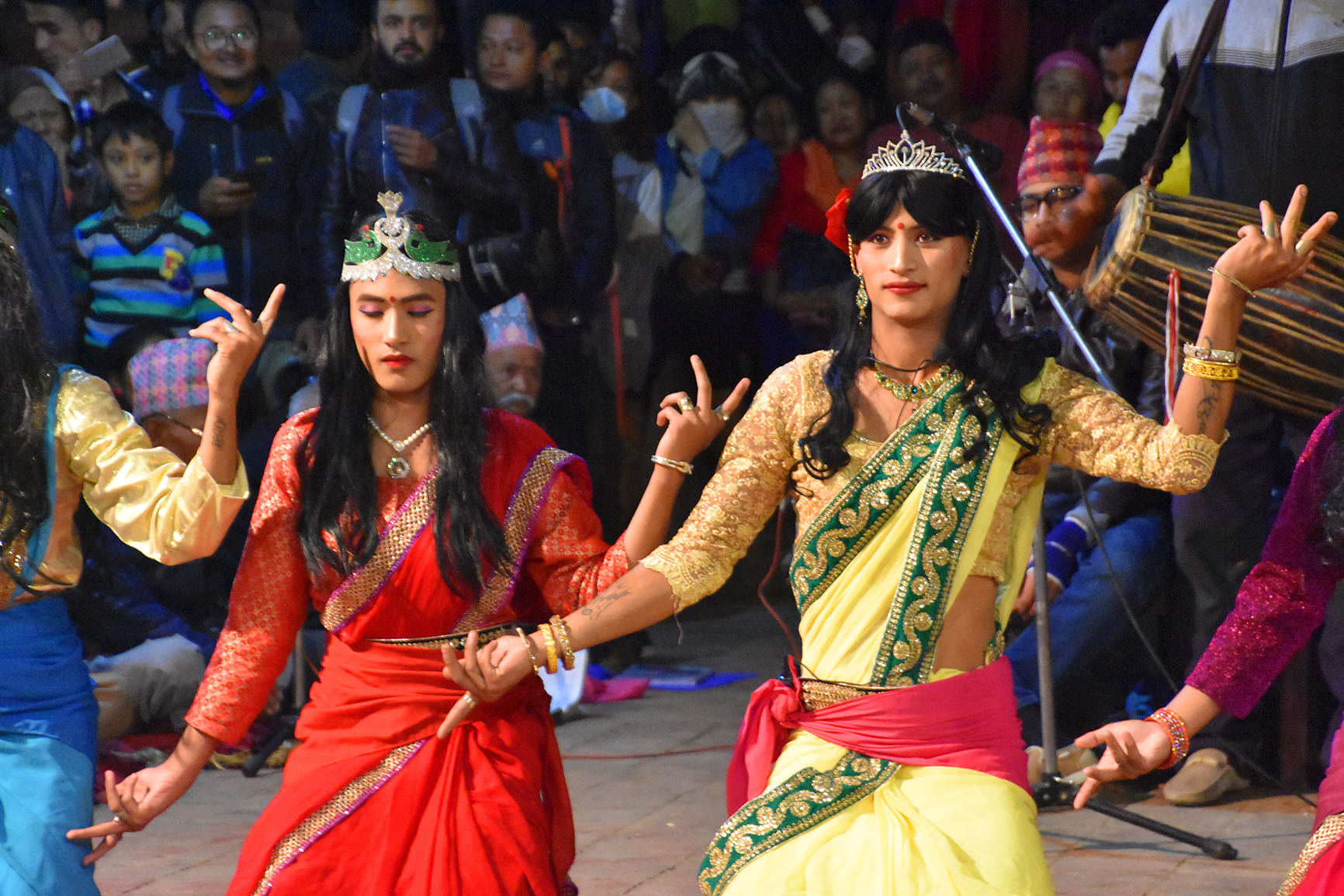 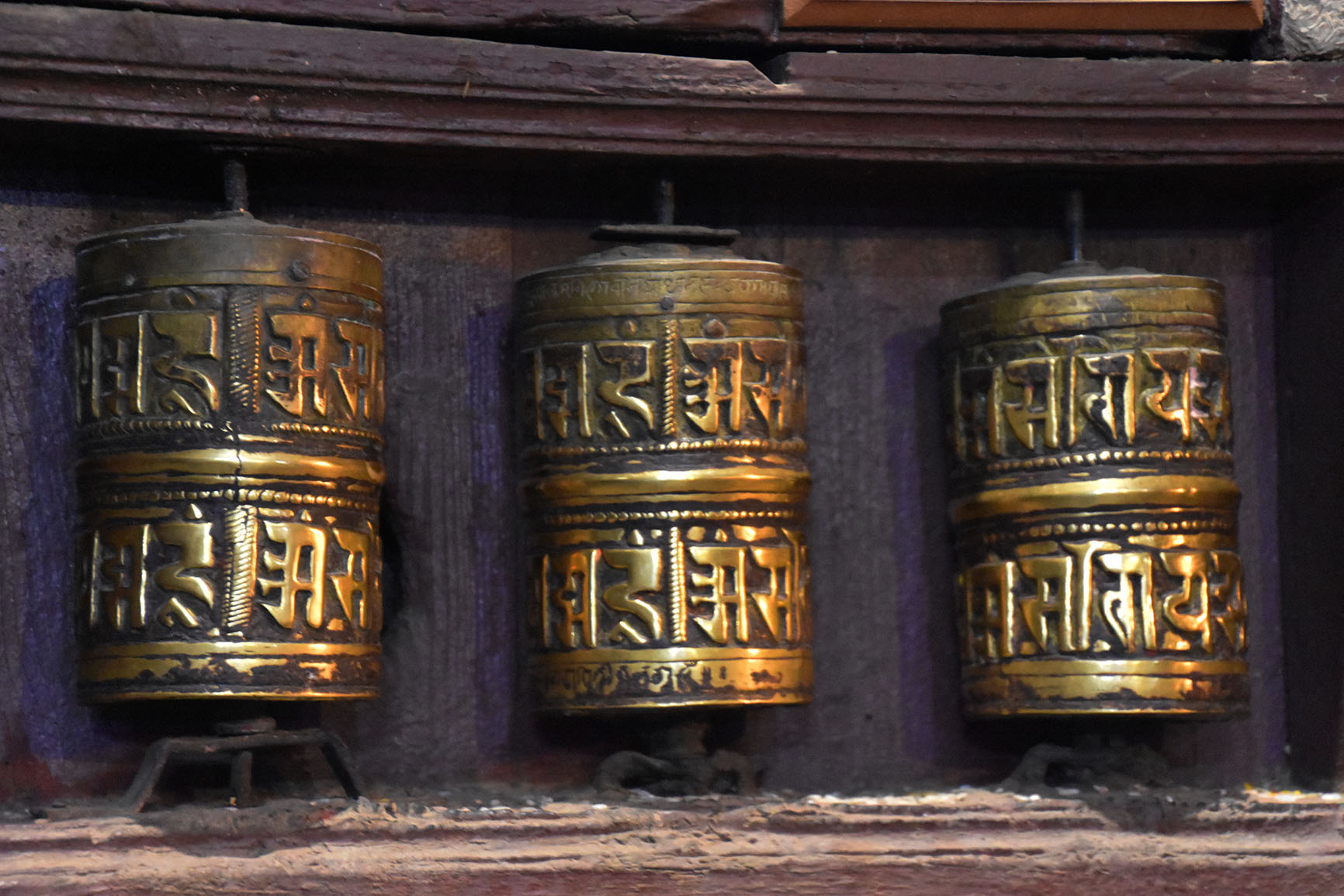 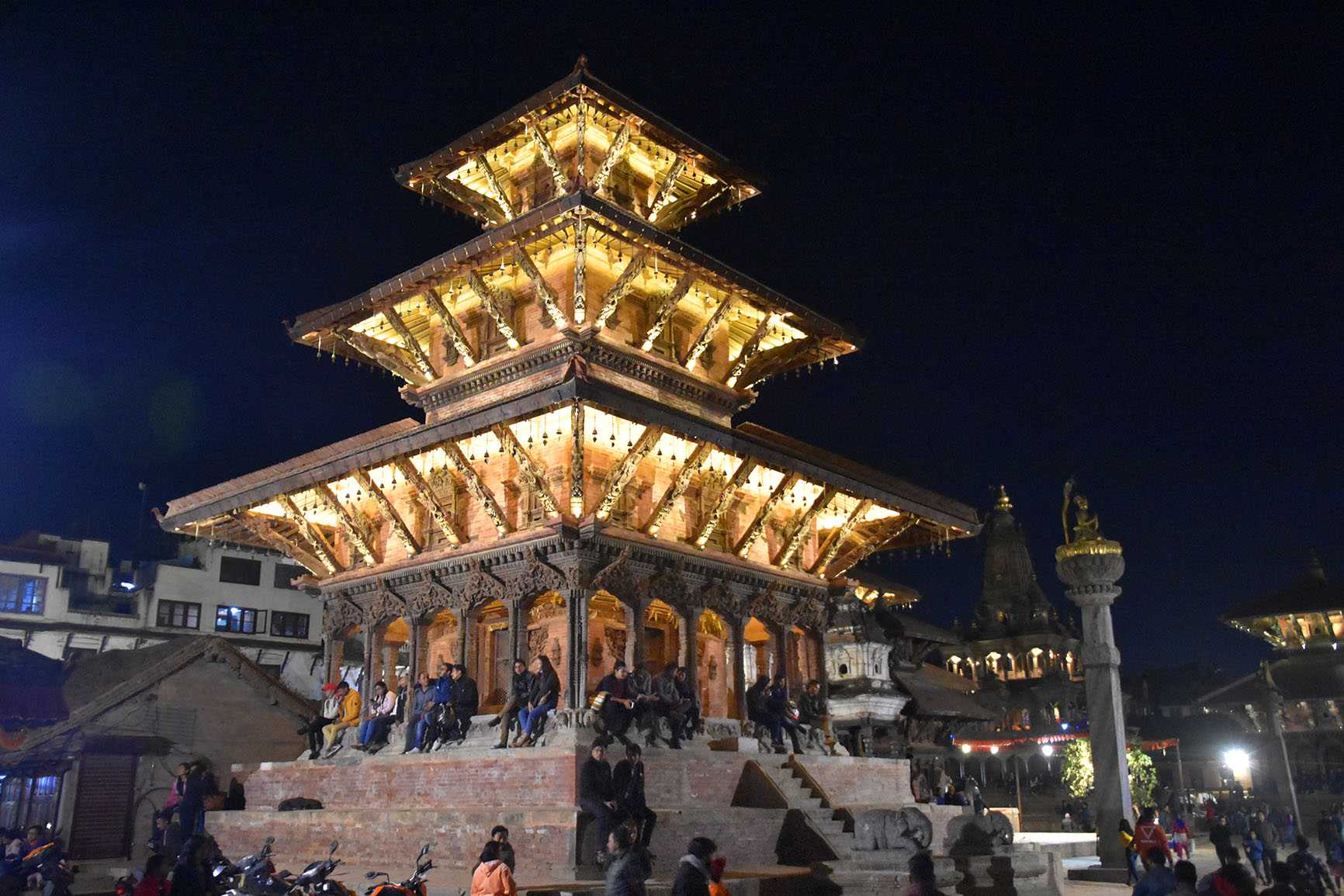 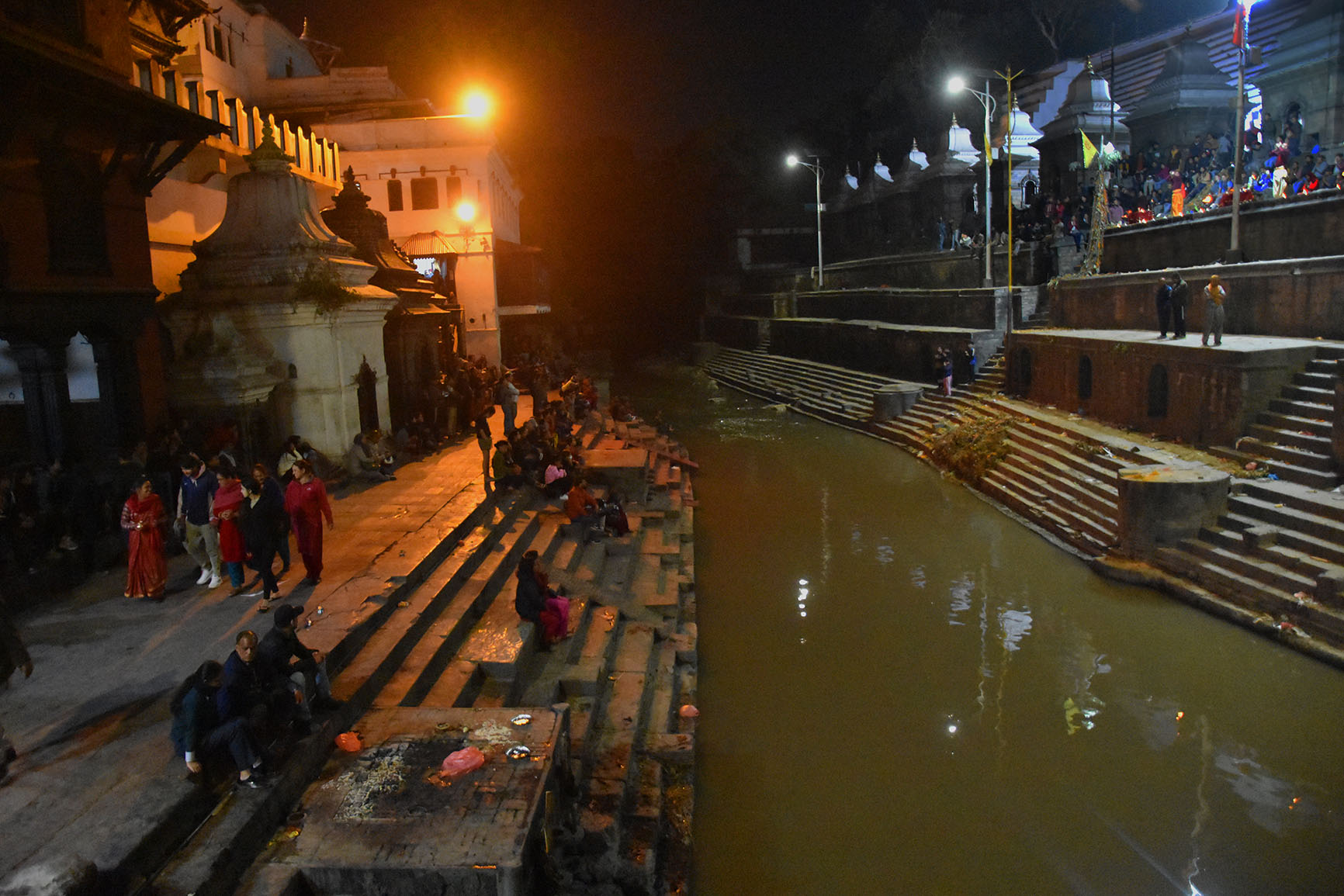 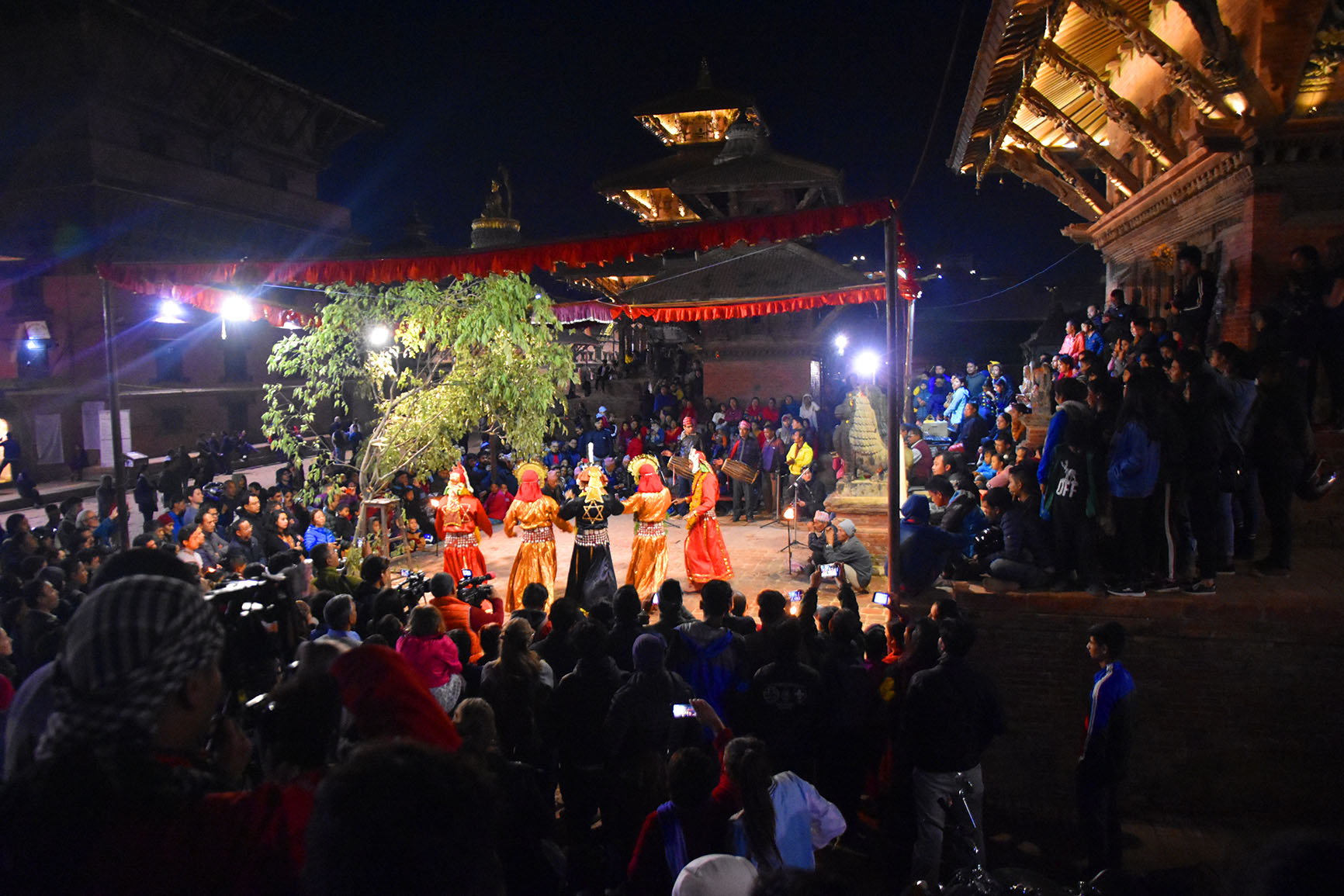 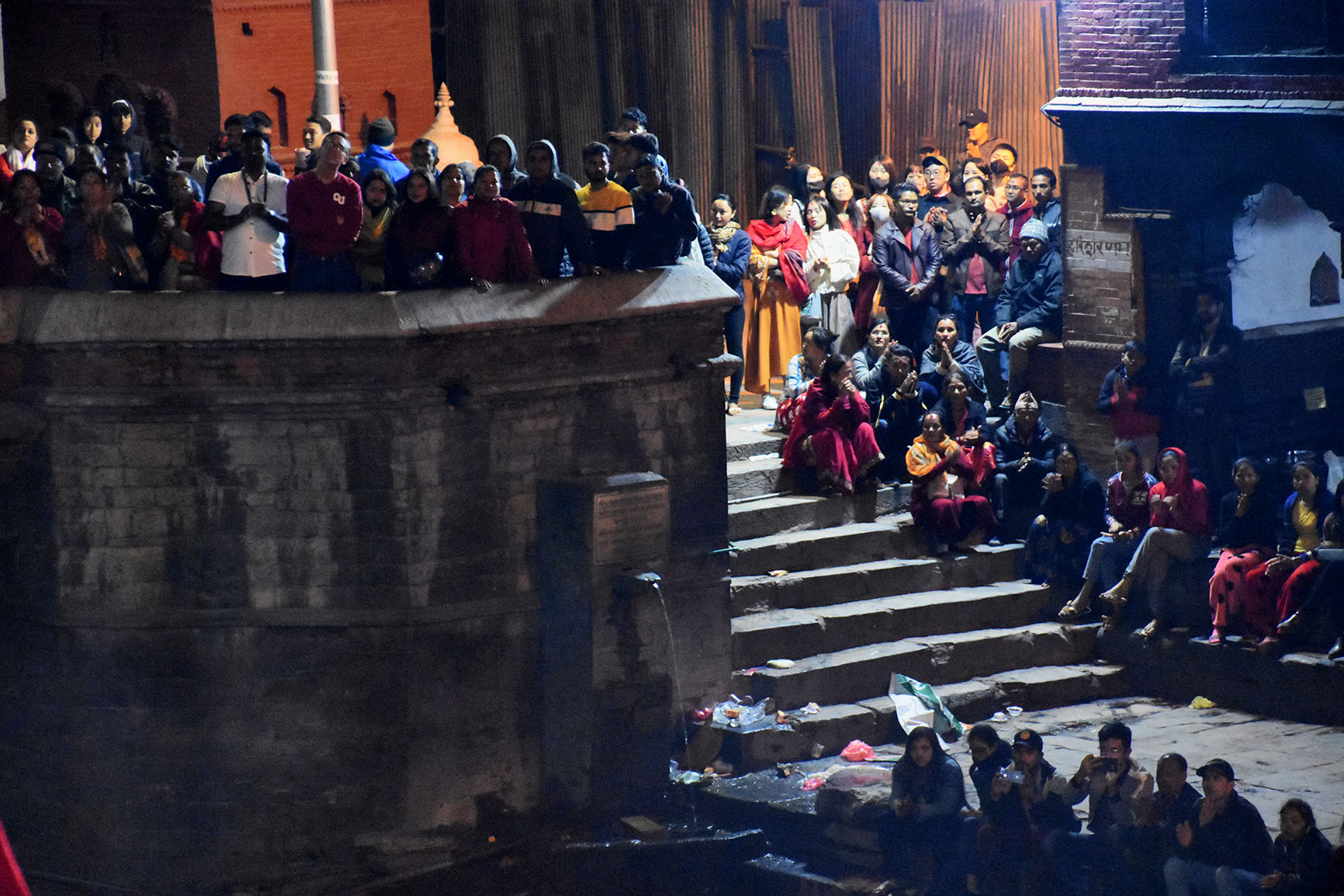 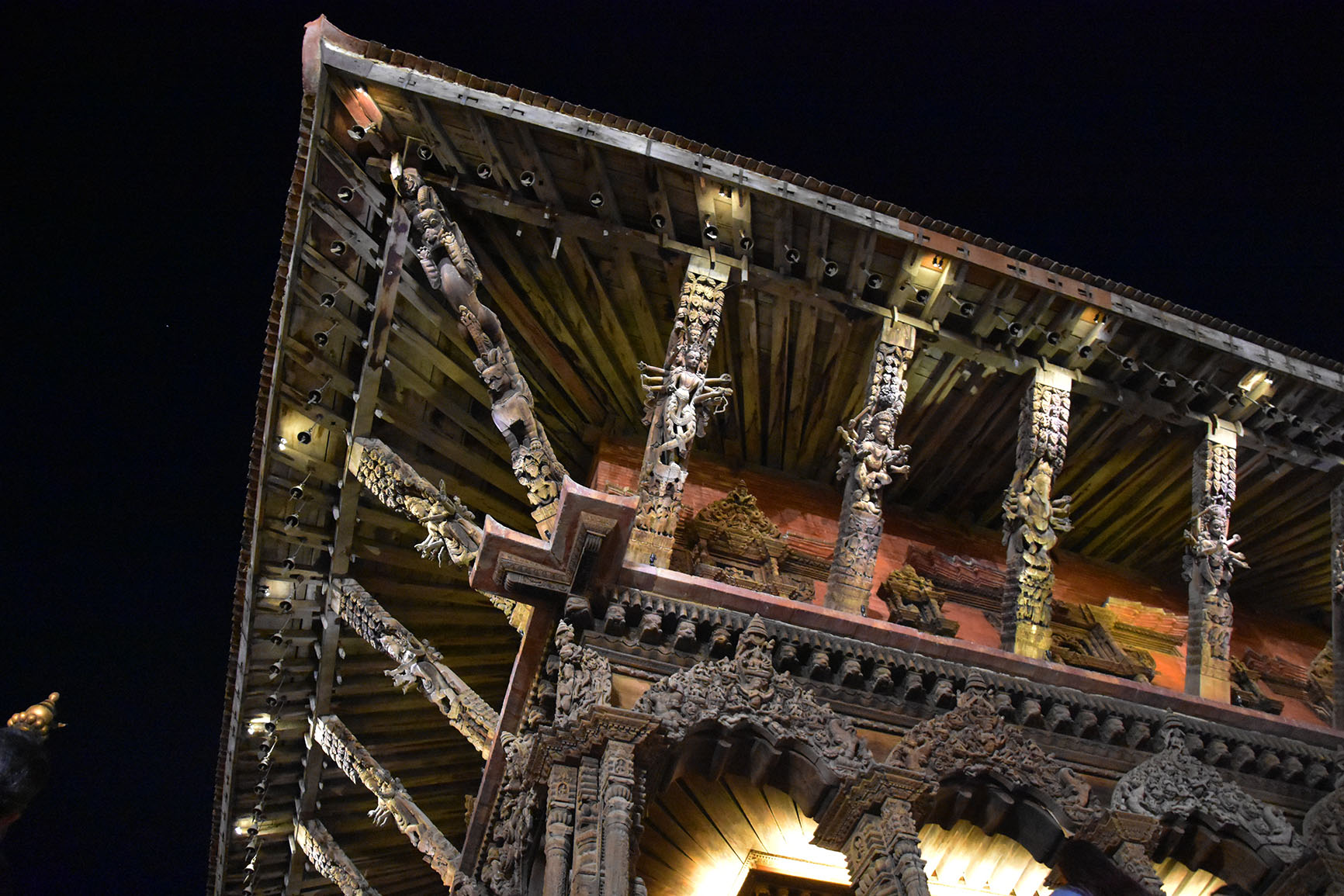