On a cold London spring day when I gaze up at our Nomadic Thoughts world map I know where I’d rather be – far away in the East Indies lapping up the early season sunshine, with the Java Sea disappearing off into the distance. 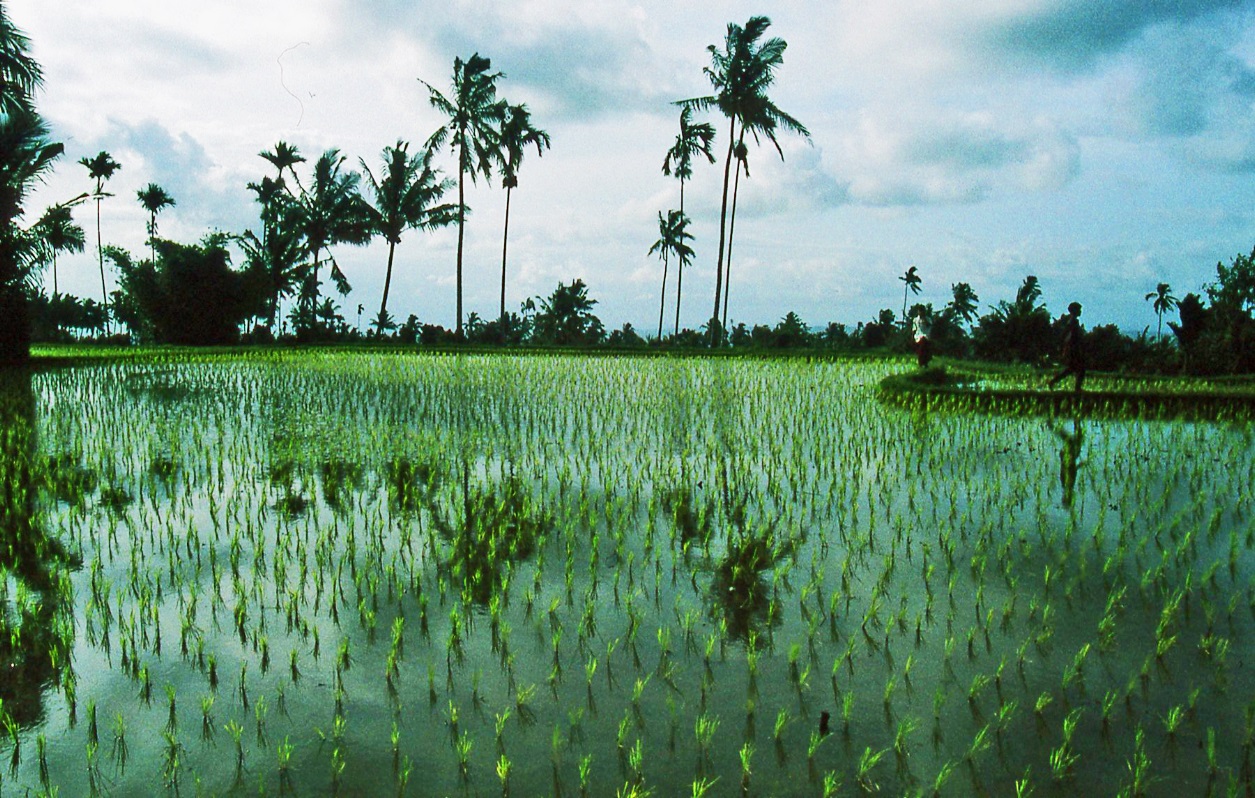 If you have visited our office you will have seen many an Indonesian textile and South China Sea artefact spread across our walls and amongst our desks in our meeting rooms. I have always held a flame for Indonesia and in particular the Lesser Sunda islands that dot the ocean like a string of pearls between the South China Sea and Indian Ocean.

Moving East from Bali, Lombok is charming and unique. It stands like a sentry guard before the many Seas that harbour the Timor and Moluccas Islands en route to New Guinea, Papua New Guinea and ultimately northern Australia. 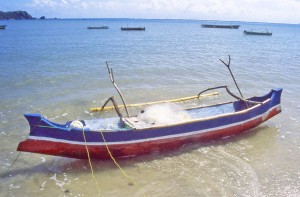 Sandwiched between Bali and Sumbawa, Lombok is a 70km wide, cloud-shaped island in West Nusa Tennggara. The culture is rich and surprisingly varied, the coastal landscape dramatic and the interior offers everything from dry deserts to steaming jungle. To boot it also has a volcanic peak reaching up from the sea to a height of 3,726m.

Each time I return I feel as if I am there for the first time, as the variety of Lombok never ceases to surprise. On my first visit in the 1980s, I rented a motorbike and set off to export the coastal road around the island. What soon became apparent was the sheer beauty of the interior. Dumping the bike and trekking inland I was welcomed by a number of proud and close rural village communities, who are more than often keen to guide visitors up into the lush tropical forest interiors. Waterfalls, paddy fields, waving palms and lush forests await like a Pandora’s box of surprises. 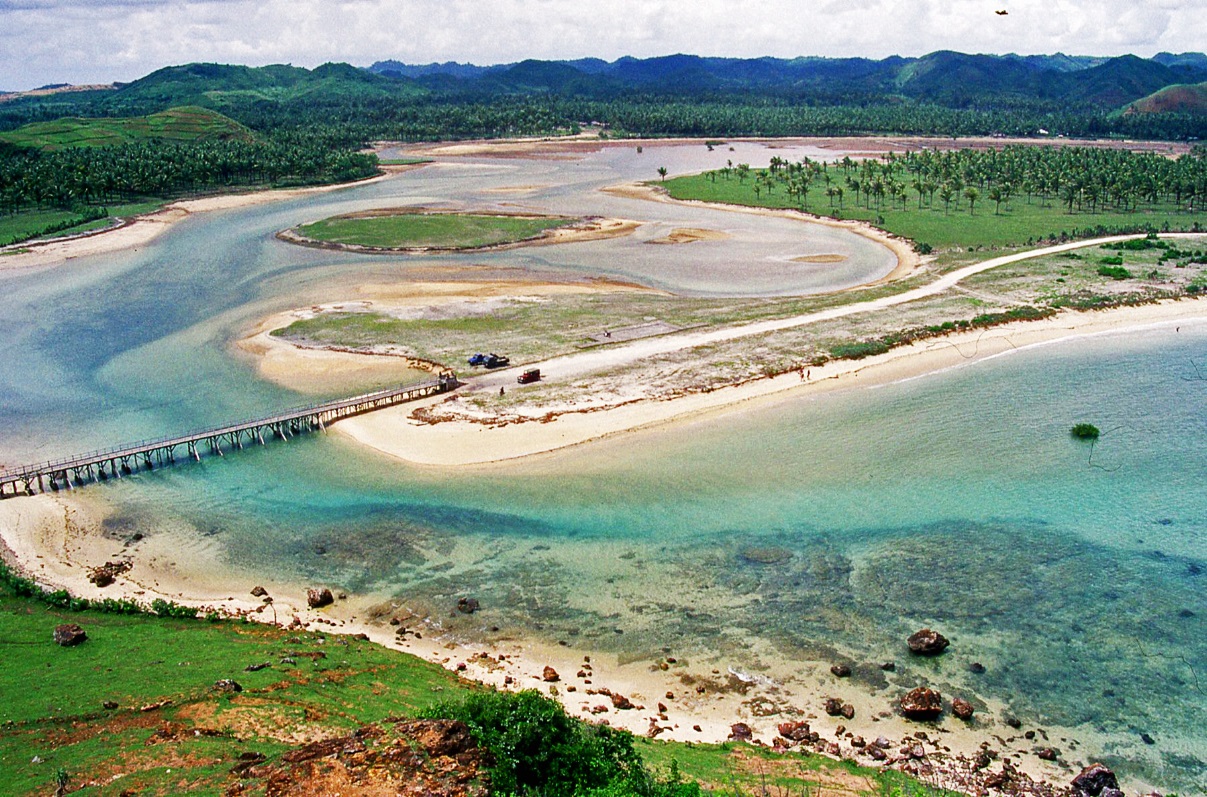 If you travel inland from the southern beaches, just as the blast of Asian green gets almost ridiculous, the inner island terrain breaks into desert before giving way in turn to the even lusher tropical rainforests in the north that surround Mount Rinjani in all its glory.

Although most holiday brochures, maps and posters flag up the delightful Gili Isles and Mt Rinjani itself, for me the combination of rolling beaches mixed with high Cornwall-like cliffs and an Avataresque interior are more compelling. The combination of these features along with the island’s ‘away from it all’ ambiance and relative lack of development, guarantees any visitor a fond memory for years to come.

The fertile earth, enhanced by Rinjani’s previous lava flows, generally splits the island’s features in two – with under-developed highlands in cloud forests and highly cultivated lowlands in the south. High seasonal rainfall means the island produces everything from coconuts and cloves to coffee and cassava. 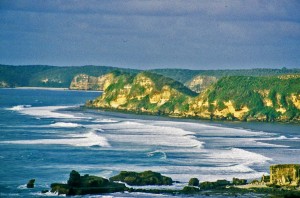 Similarly although the tourist industry is firmly established in some areas – particularly the north western Sengiggi region – the island’s many other white sand beaches are inviting and often deserted. Surfers, who tend to focus more on Bali to the west, are relatively few as Lombok’s east coast offers calmer waters with good diving. The south coast enjoys an almost fjord-like landscape in contrast to the volcanic shores to the north.

Culturally Lombok also stands alone as one of Islam’s most easterly outposts. The indigenous Sasak people first encountered the teachings of Mohammed with the arrival of Sumbawa traders in the late 16th and early 17th Centuries. The local Sasak language, although related to neighbouring islands of Sumbawa and Bali, is different in dialect as well as culture.

I am still looking up at our world map. It is now, when the northern hemisphere summer begins, that you should go to Lombok. Unlike so many other regions of Asia this time period is perfect. Sunny days, less humid nights and all the primary colours in one island swoop. 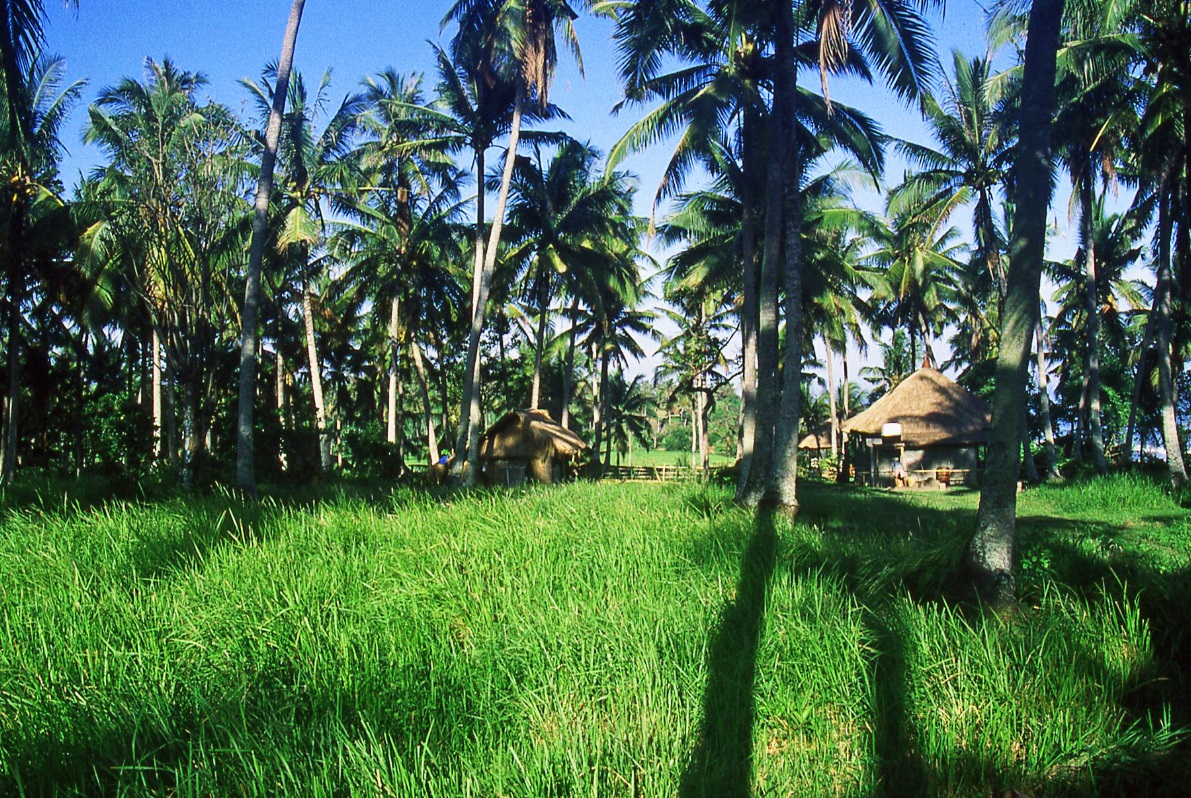 For my part I always feel mid-May is time to return there and if I close my eyes I can taste the coconut, smell the BBQ fish and feel the southern cliff-top breeze as another flame red sunset sets up. 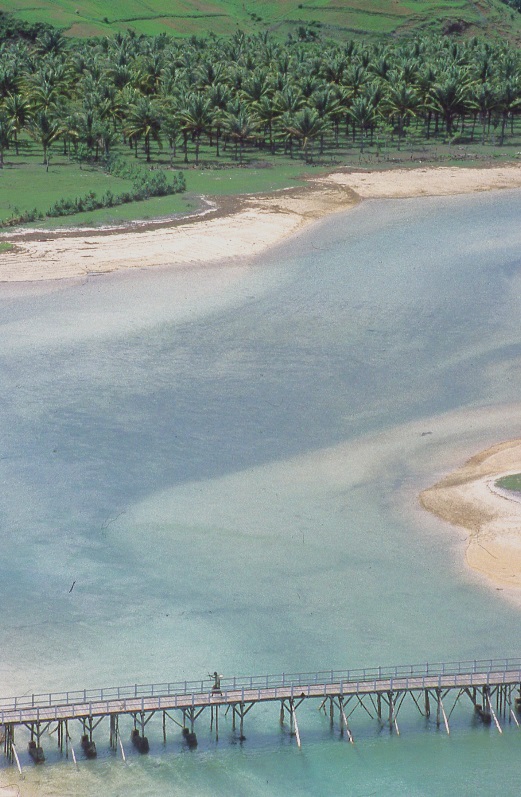 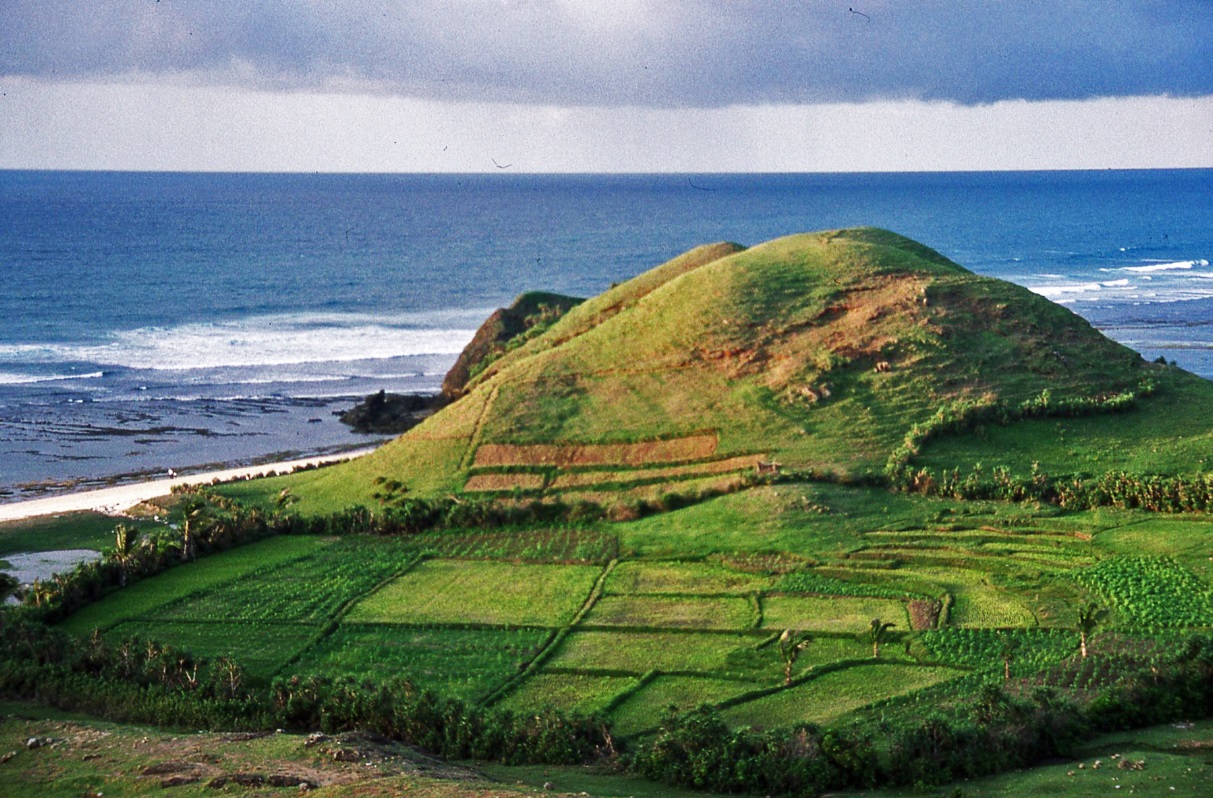 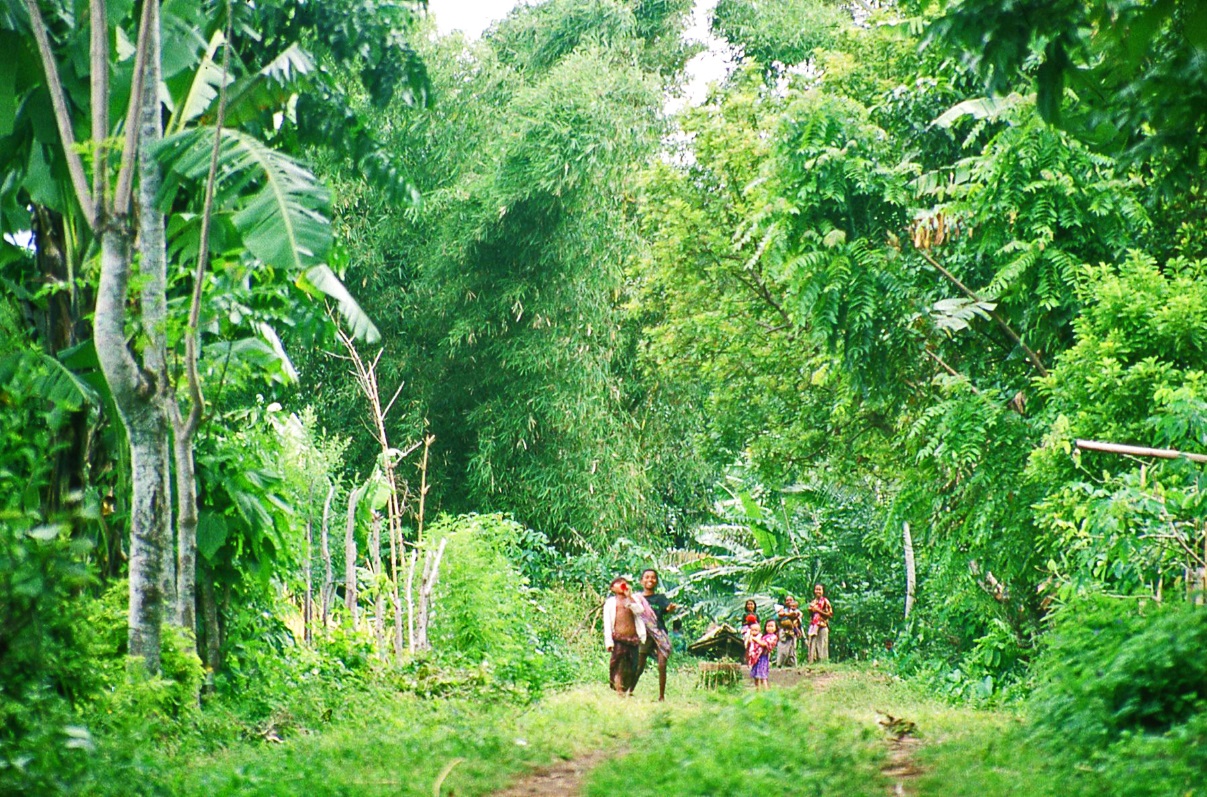 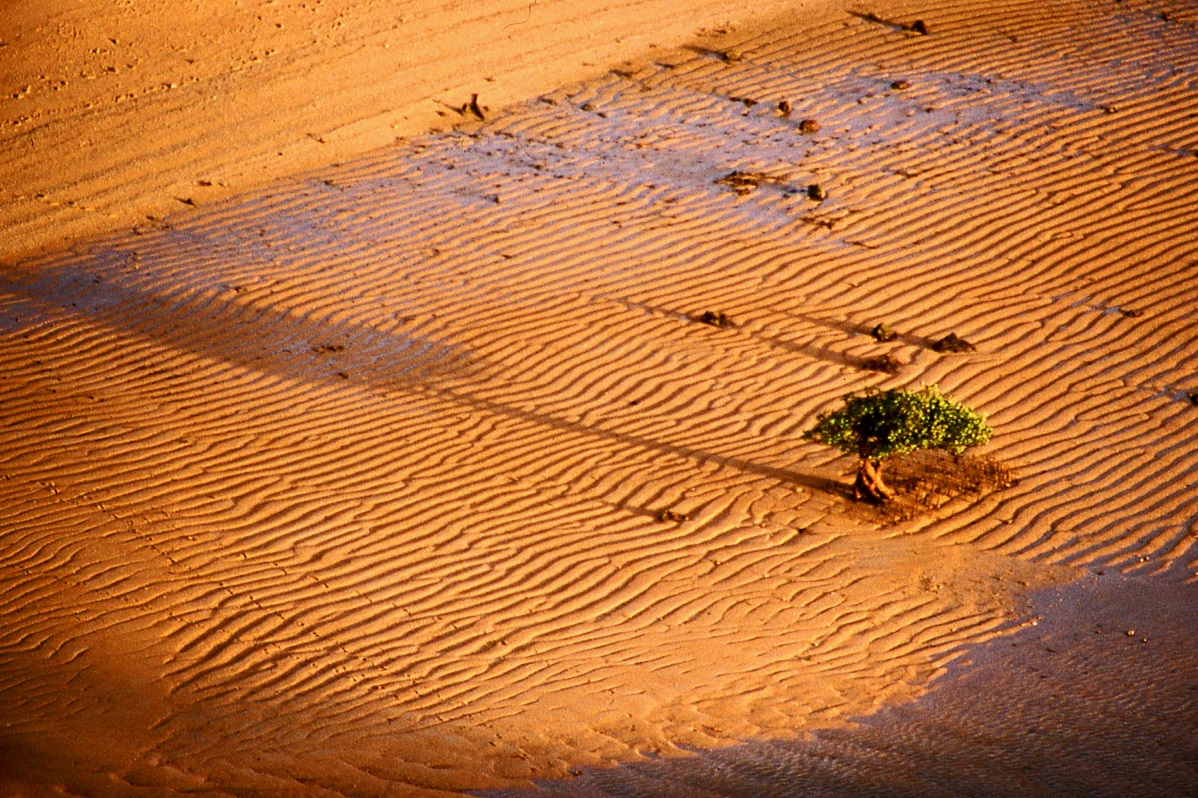 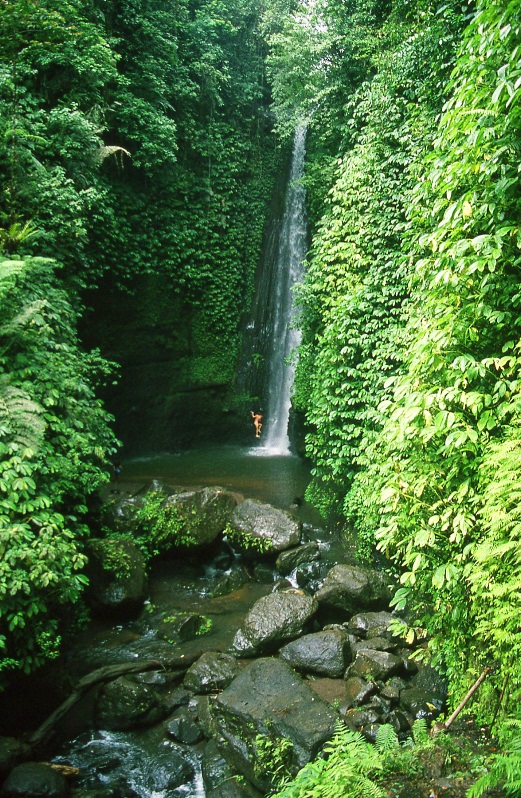 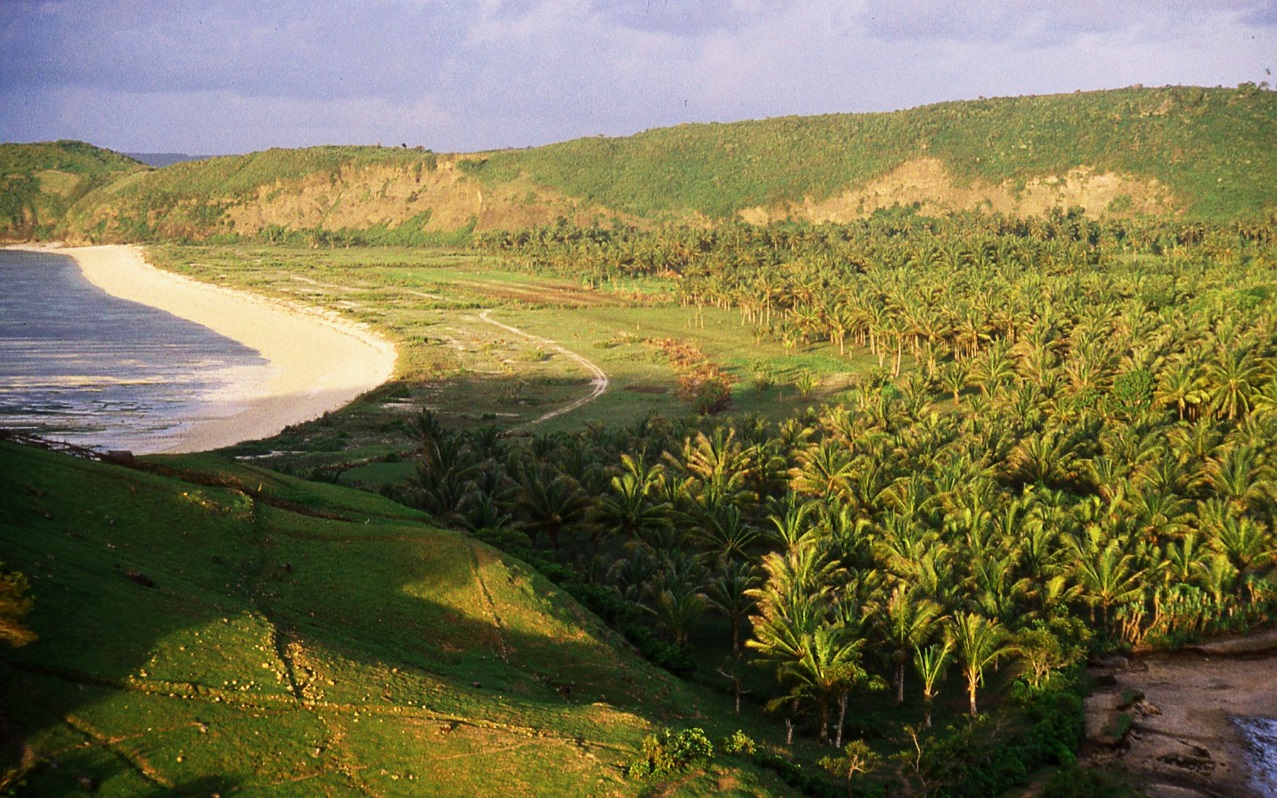 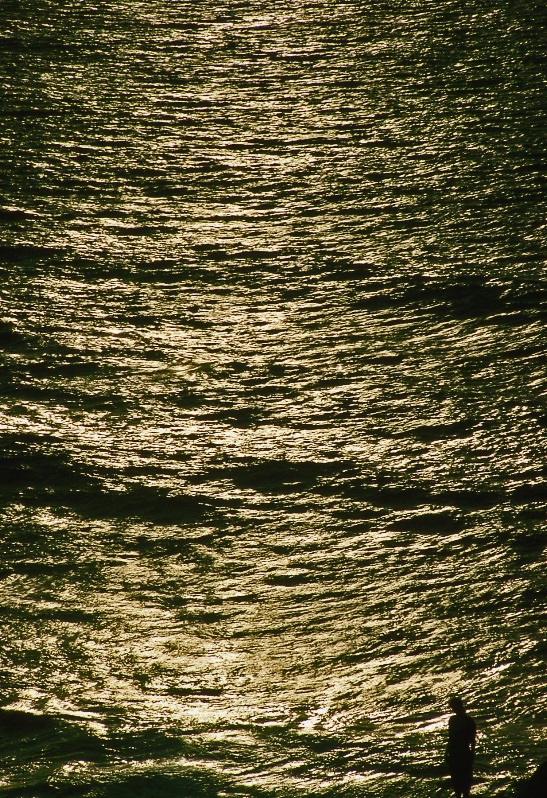