My first view of Mt Everest was from 180 kms away at Sandakpur (3780m/12,400ft) in West Bengal, India.  Even at that distance, clapping eyes on the world’s highest peak gave me a thrill I shall never forget. It stood in the midst of a particularly unique location: when facing north/north west, from the outcrop of Sandakpur, the whole Himalayan range appears before you in an unbroken 180 degree panorama. Standing with arms outstretched the mountains run from one palm to the other with Mt Everest off at a 40 degree angle. 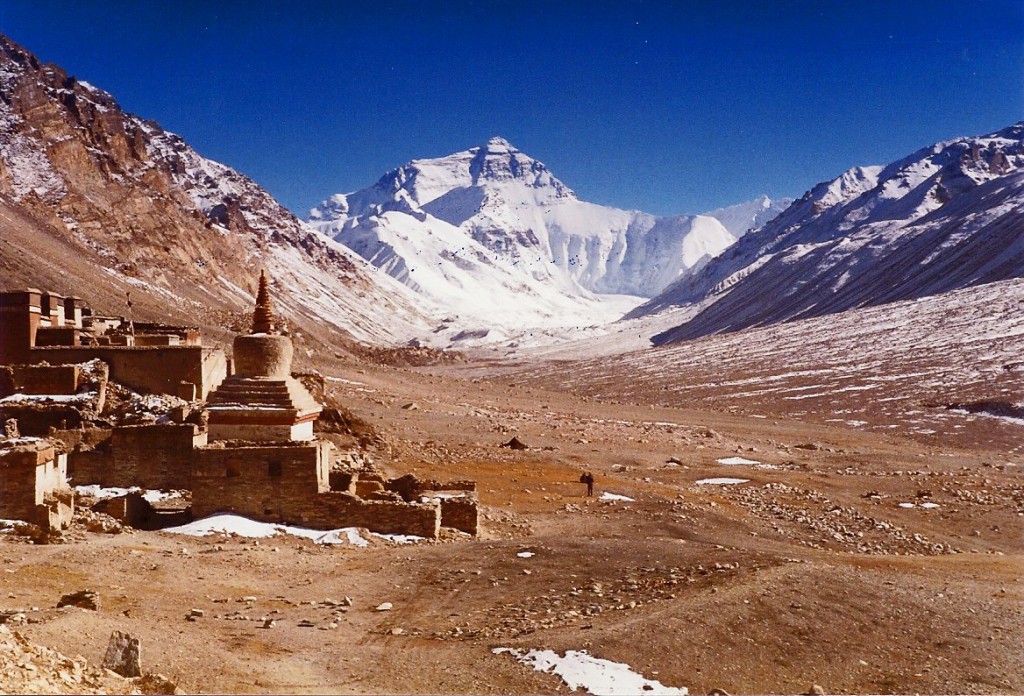 I later enjoyed a much closer look at Mt Everest from the other side of the range in Tibet. Trekking to the then almost deserted North Face Base Camp in 1985, I joined a small band of fellow travellers (who had shared their hand-sketched map with me) in fully appreciating the near 5,000 metre sheer vertical wall that is the North Face. With night-time temperatures creeping towards the minus 20s we slept on roll mats under the stars, a few miles from Base Camp, in what is left of a Tibetan Monastery destroyed by the Chinese. We shared food and a fire with the only remaining two monks.

I still have two of the clay Buddhist imprints that littered the mud floors.

Nearly thirty years on, the present day draw of Mt Everest – or Chomolungma as it is know in Tibet – is as strong as it was when Edmund Hillary and Tenzing Norgay first climbed it on 29th May, 60 years ago.

Everest, along with its three neighbouring peaks of Lhotse (8,516m/7,940ft); Nuptse (7,855m/25,771ft) and Changtse (7,580m/24,870ft) continues to attract a high number of visitors, especially on the southern Nepal side. Visitors are now so numerous that the whole region is in danger of being seriously over-loved.

To date, over three thousand people have climbed to the top. A feat made yet more difficult by the bottleneck of climbing parties at Base Camp which can sometimes see over 30 climbers hoping to reach the summit in one day. The result of this is that the high altitude ‘death zone’ has become even more dangerous, claiming over 200 lives since 1922. A figure that equates to approximately 4% of all climbers attempting to make the summit.

Tension between climbers and local sherpas has been growing. It reached an all-time low last week when three hikers reputedly fled the mountain after 100 Nepalese Sherpas apparently threatened to kill them over a ‘mountain etiquette dispute’.

Although this must been seen as a massive ‘one off’ after so many successful expedition partnerships over the years, it at least reiterates the need for visitor number reforms. Mt Everest, like so many other world heritage sites today, requires a careful tourist management programme. 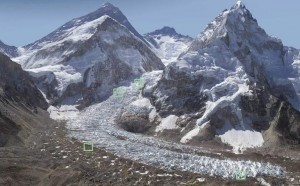 We at Nomadic Thoughts will continue to arrange Himalayan trips for clients, but for those who are unable to find the time, money and wherewithal to approach Mt Everest up front and in person, there is good news.

The new 4 billion pixel image of Everest created by filmmaker David Breashers as a non-profit project to illustrate the decline in glaciers gives viewers an incredible ‘standing right there’ experience.

Similarly the airpano 360 degree virtual tour, from the Nepal side, is well worth a look.

And if these views are too close… and you prefer the general whole Himalaya panorama you can still visit Sandakpur as part of a Nomadic Thoughts holiday. The view remains as spectacular, positioned at the edge of the Singalila National Park in Darjeeling district where Tenzing Norgay himself lived.

In addition we can arrange a trip to Darjeeling with its local museum where I was honoured briefly to meet the man himself in 1985. 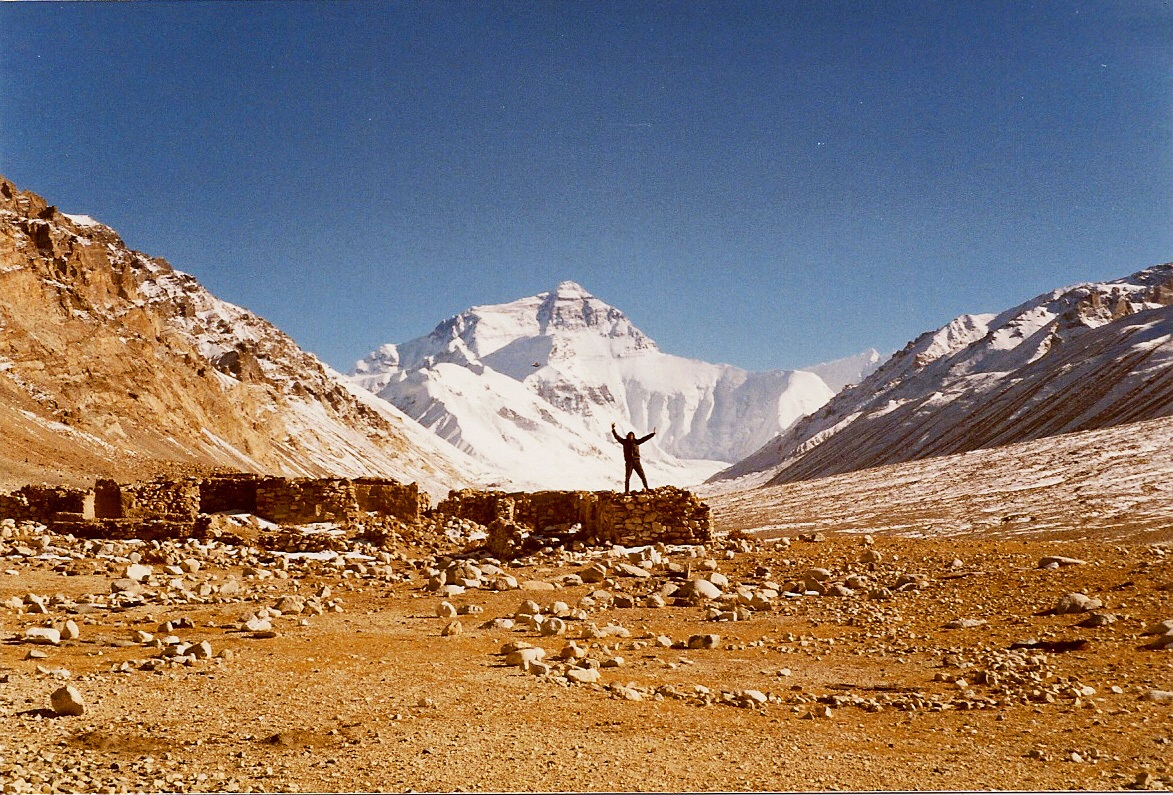 JVP with North Face of Mount Everest, Tibet side 1985. 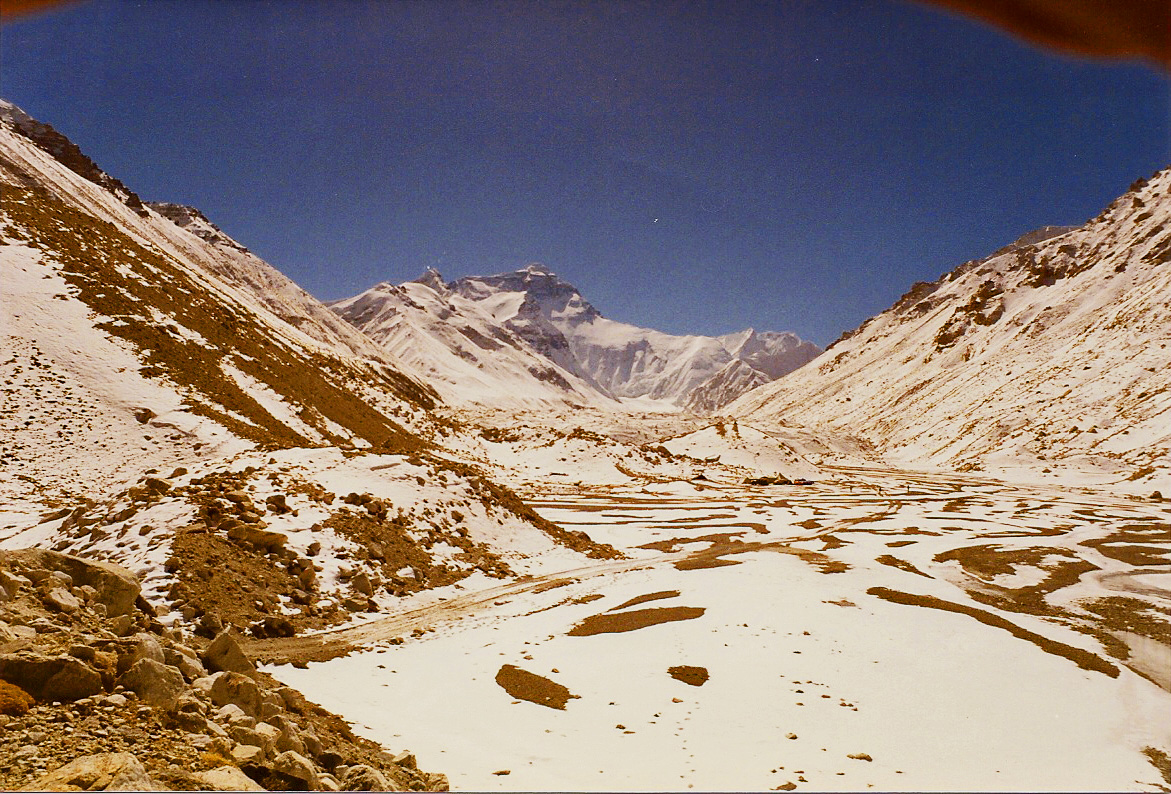