Like most people I imagine, I have a bad track record when it comes to visiting the most famous tourist spots in my home town. Although I have been lucky enough to have travelled extensively across the five main continents, I only get to play the tourist in London when friends from out of town, or abroad, come and stay. 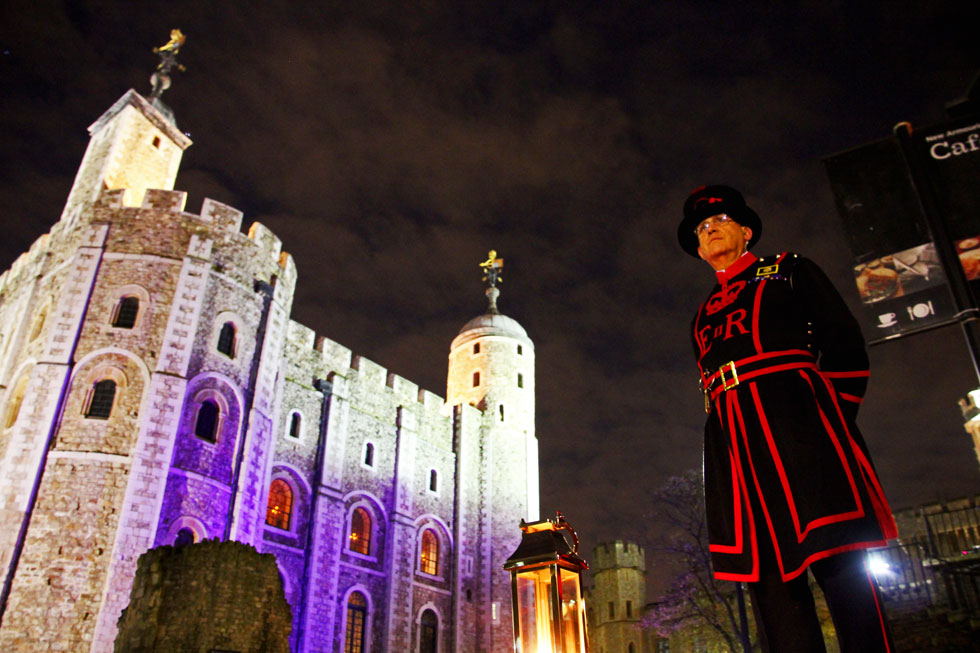 The last time I visited The British Museum, Tate Modern and London Eye was when we had visitors. The National Gallery, Natural History Museum and Victoria & Albert (V&A) Museums are mostly used as bolt-holes with my children during wet and cold winter days. As for Madame Tussauds and the Tower of London, I last visited when I was a child. That is, until a couple of weeks ago when I was fortunate enough to be invited by the Mexican Tourist Board to attend a travel function hosted at Her Majesty’s Royal Palace and Fortress – more commonly known as the Tower of London.

The most outstanding surprise was just how beautiful this most remarkable of fortresses is at night. Standing rock solid and impenetrable, the Tower, with its unfolding interior, cleverly lit with an almost Hollywood feature film backdrop, bears witness to more stories than you can shake a cross-bow at: countless tales of monarchs, ghosts, ravens, prisoners and torture chambers. 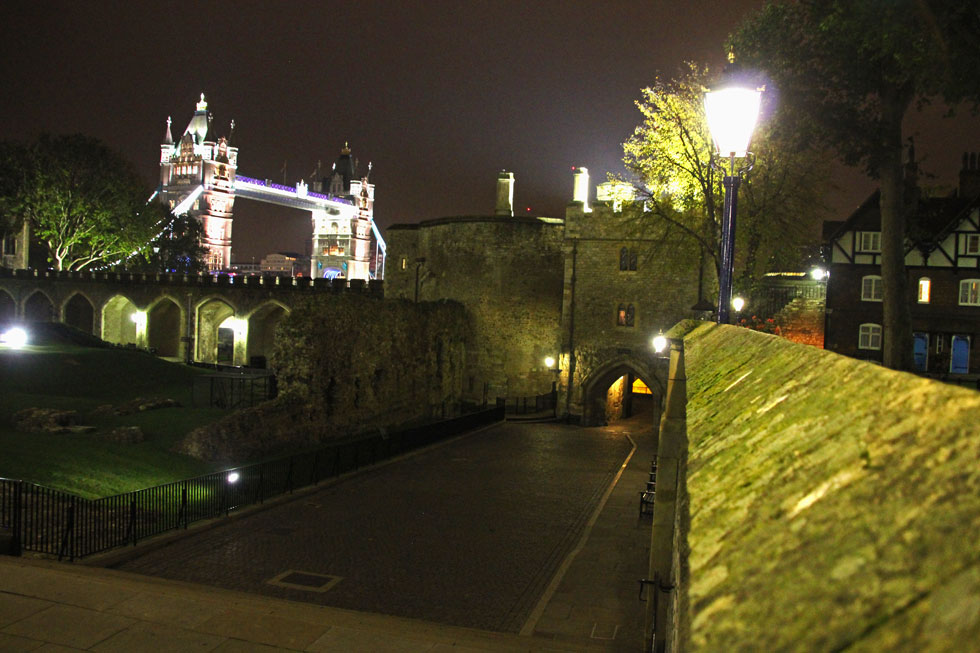 The White Tower, the most famous of the buildings, looks across considerable ramparts to the glittering River Thames which in turn reflects both the 220 year old Tower Bridge and the modern south bank glass buildings. Similarly the new boy Shard sky-scraper, rising high over south London, shines across at The Tower with HMS Belfast firmly moored up in the middle.

Sixteen years ago I used to commute to Nomadic Thoughts’ Highway E1 office on my battered XT600 Tenere motorbike, passing the Tower of London on a daily basis. Through rain, shine, snow and fog, speeding along Byward Street past the Tower, I never realised how much was actually behind the rampart walls. A maze of buildings, towers, walls, houses, chapels, palaces, cobbled streets, walled terraces, lush lawns and historical hotspots. 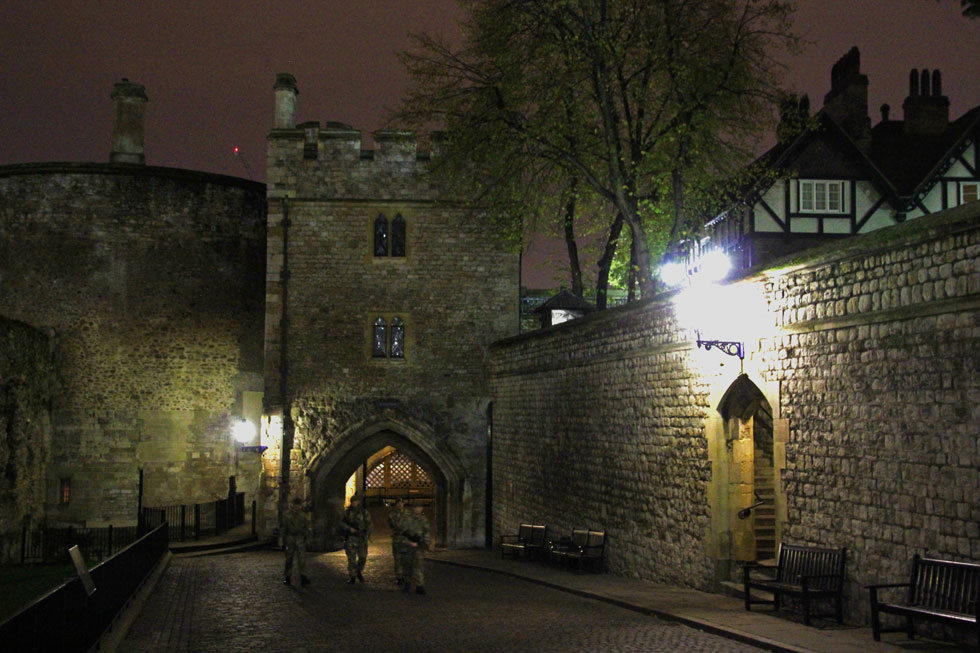 Quite apart from the Crown Jewels, the enormous collection of armour and historical weaponry, the brilliant red Yeoman Warders, swirling ravens and the Wakefield torture tower – complete with manacles and rack – the Tower of London also contains charming traditional housing, still lived in today, which surrounds Tower Green in an almost village green setting.

Well-kept lawns, running south of the White Tower and across to Beauchamp Tower and the Chapel Royal of St Peter ad Vincula, give the impression of an almost ‘Alice in Wonderland’ existence. It’s made all the more surreal by the glow of the city’s night sky hovering above like the space ship in 2001 Space Odysssey. As I wandered off track from the main Workshop building, below the Broad Arrow Tower, I found myself alone to enjoy the peace of the Inner Ward, south of  Waterloo Block. 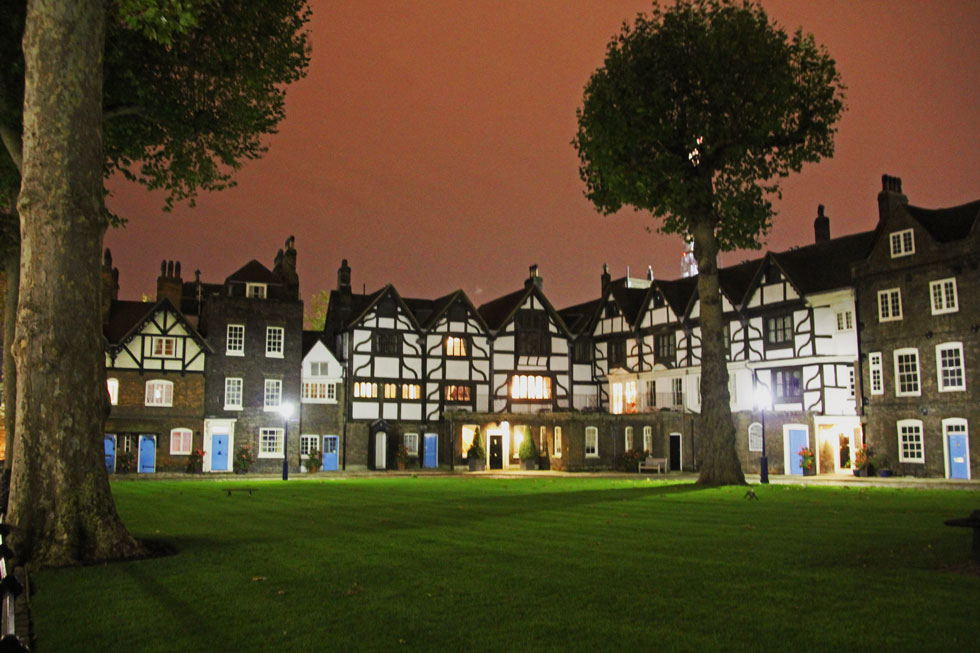 I snapped away taking these photographs as soldiers on night duty started their rounds with a smile and nodding acknowledgment. At every turn the brilliant white fortifications seemed to stand to attention with chests out as solid as mountains, as inaccessible as ever. The Outer Ward that runs between the main outer ramparts and the inner twelve-towered-wall seemed to whisper memories of Tower history with the cold night air. Memories of  William the Conqueror, Guy Fawkes, the two princes Edward and Richard, The Duke of Wellington and the famous imposter Perkin Warbeck, to name but a few.

Sitting alone on one of the inner walls for what felt like an eternity, as the midnight hour approached, I felt privileged and honoured to have this historical setting momentarily to myself. 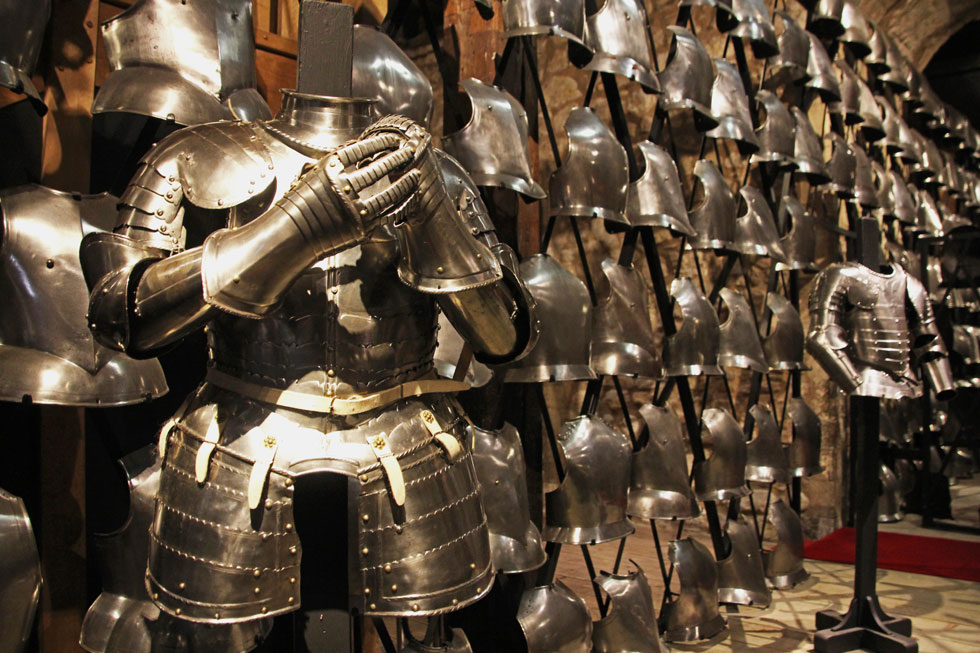 As I set my camera up on the various canons, benches and cobbles footpaths, it occurred to me that over the thousand years of often macabre Tower history, few visitors to Her Majesty’s Royal Palace and Fortress have been fortunate enough to have been welcomed with an immaculately mixed fresh margarita.

For this I thank my Mexican friends at the Tourist Office. A fabulous gift and truly memorable experience that re-endorses not only how delighted we, Nomadic Thoughts, are to continue sending people to Mexico, but also how proud we are to be continuing our New Life Mexico charity work in Puerto Vallarta. 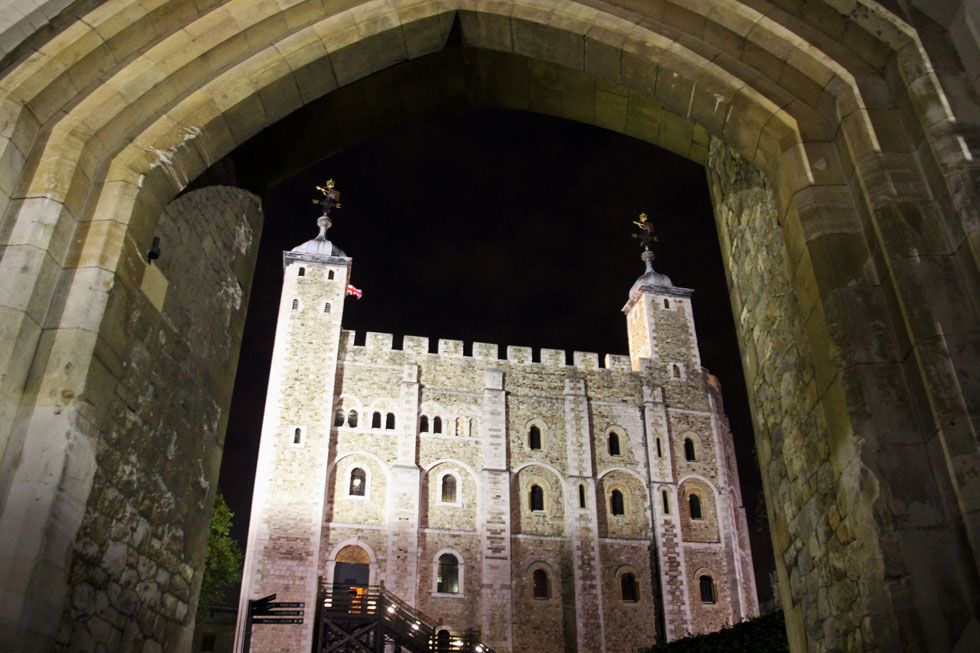 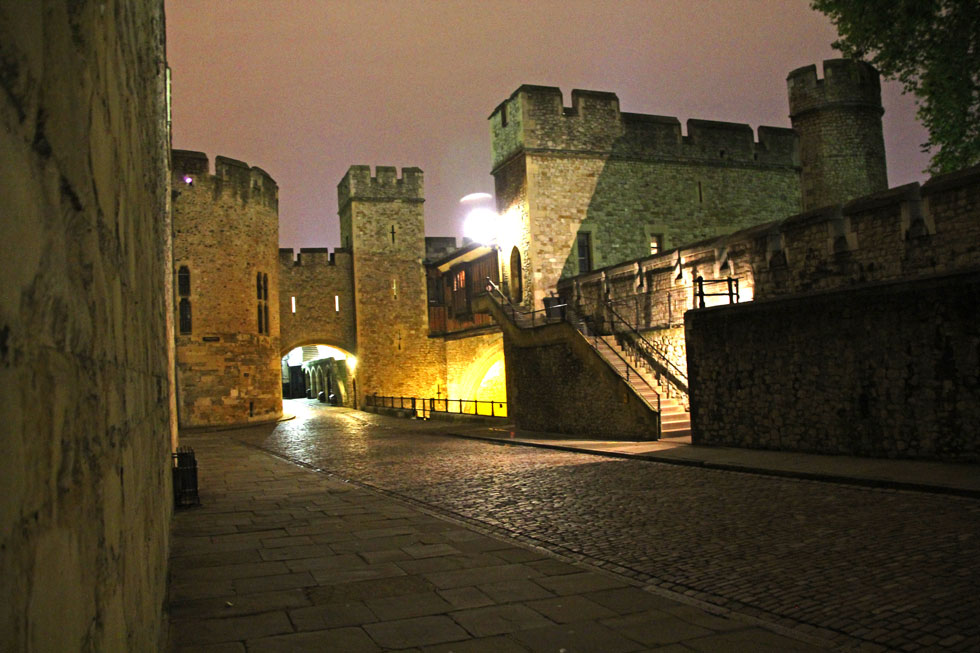 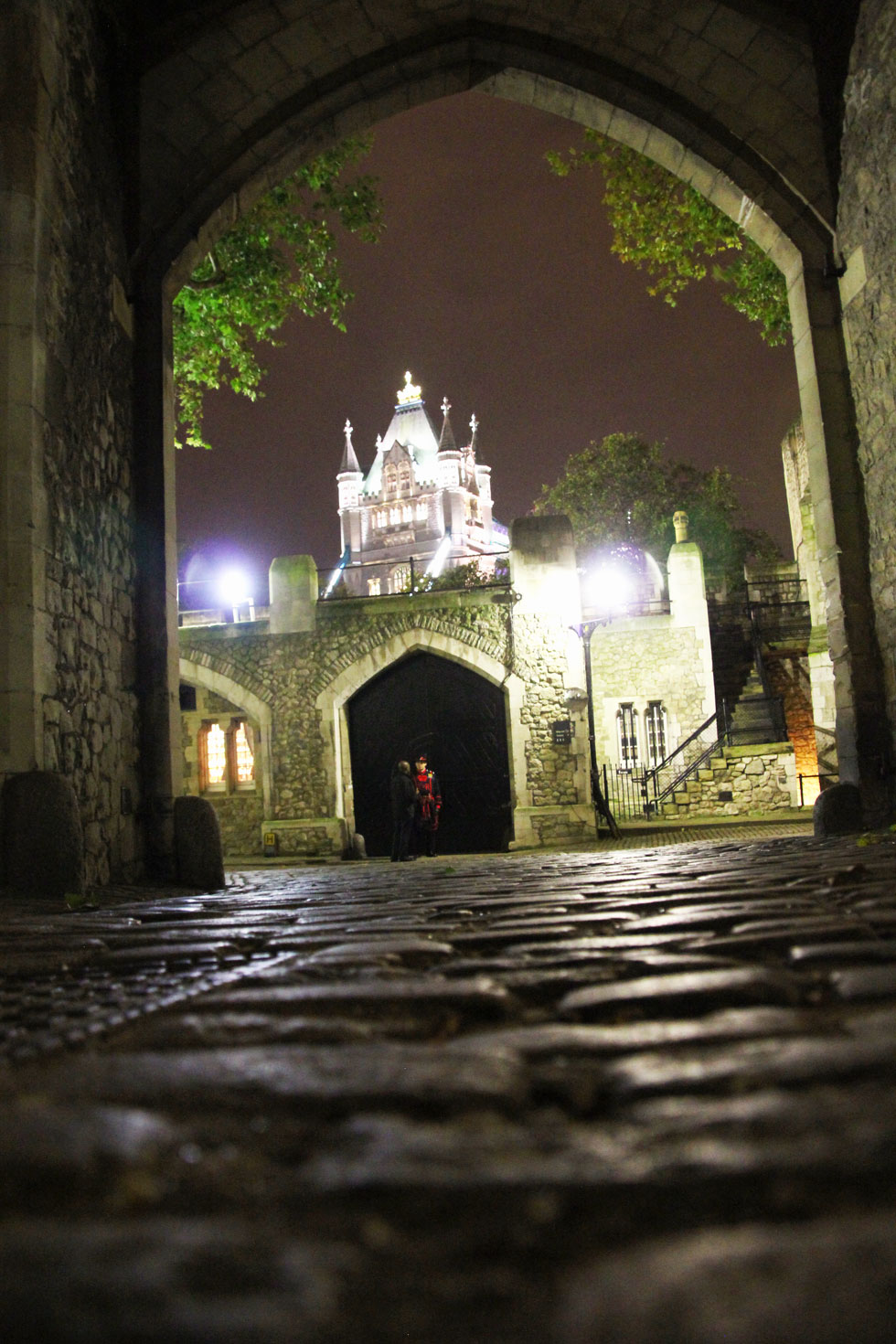 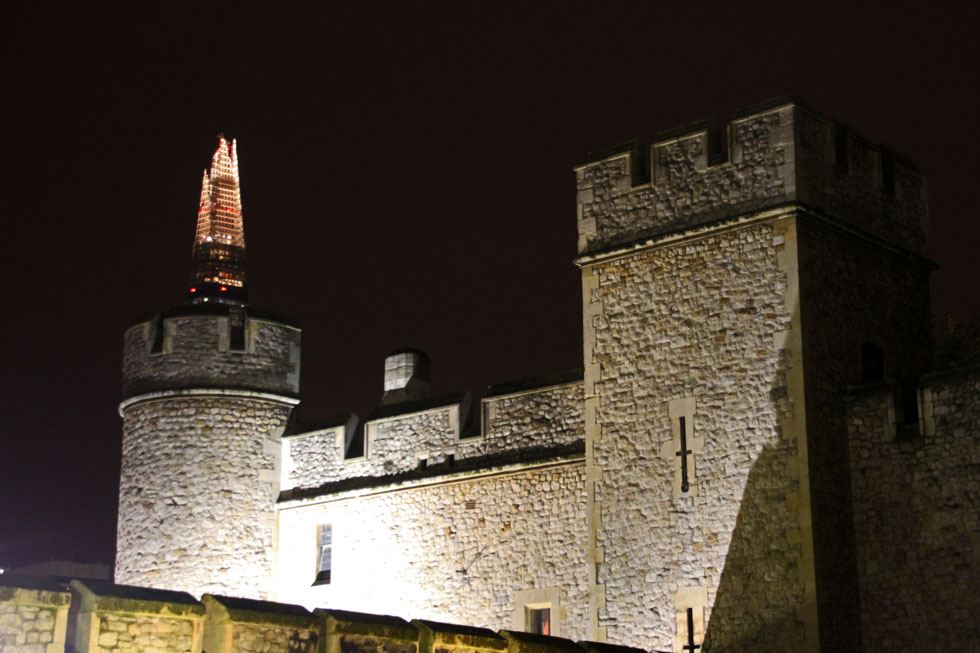 The Shard appearing like a flame from Byward Tower 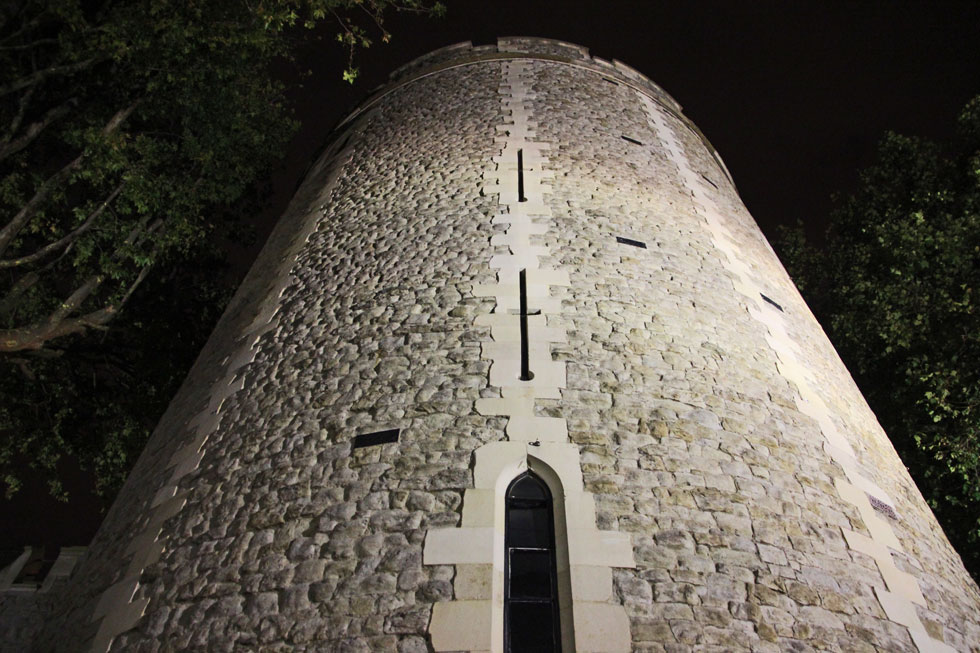 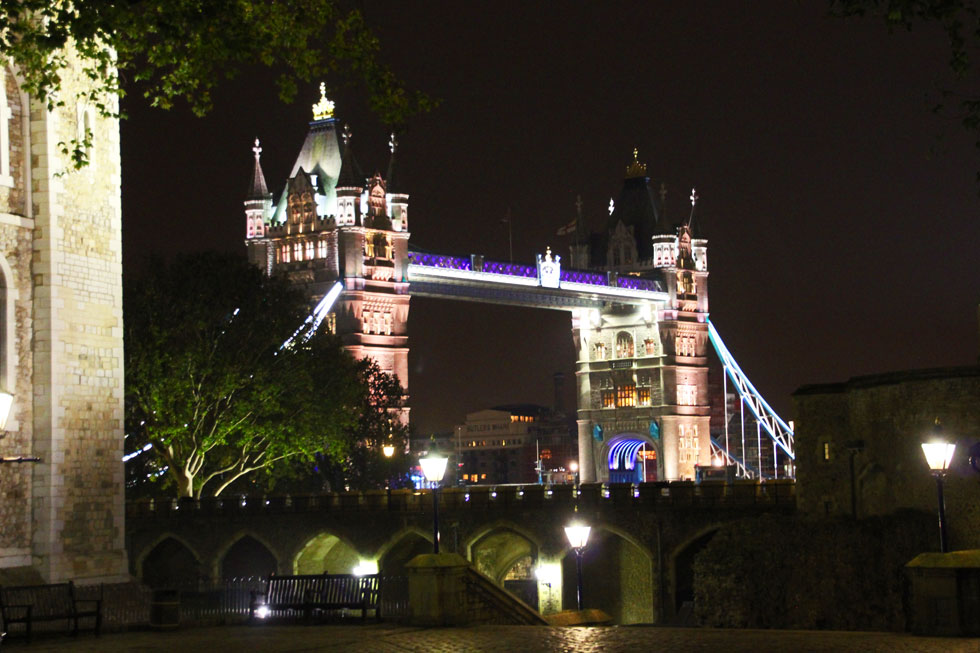 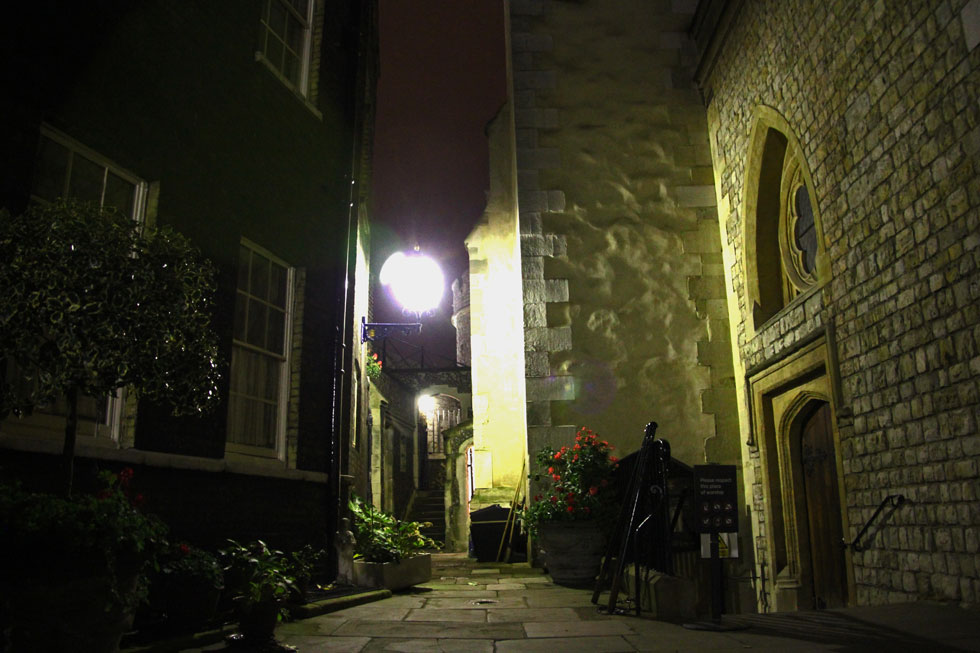 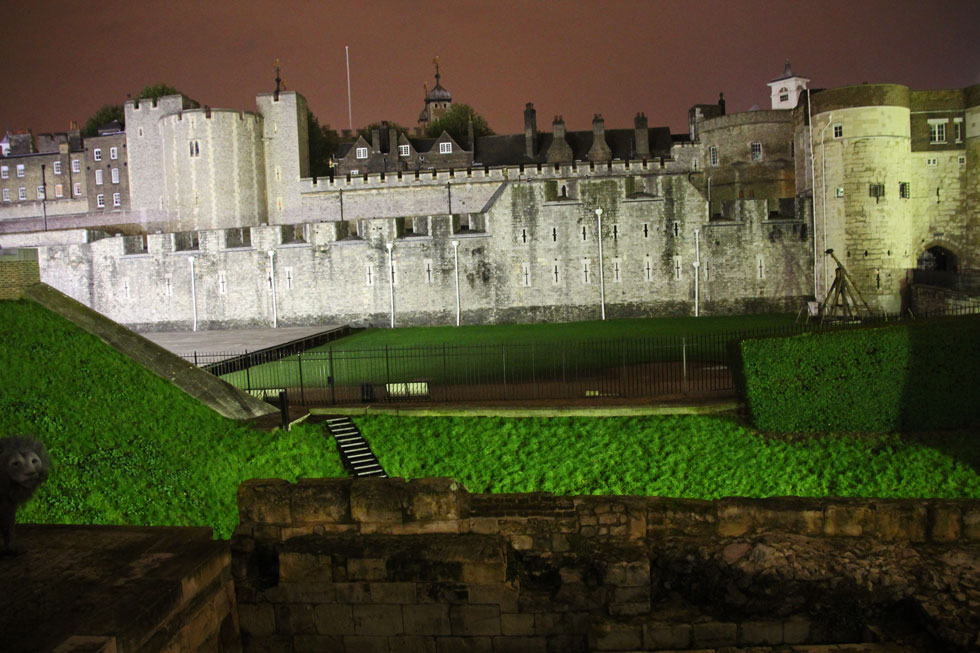 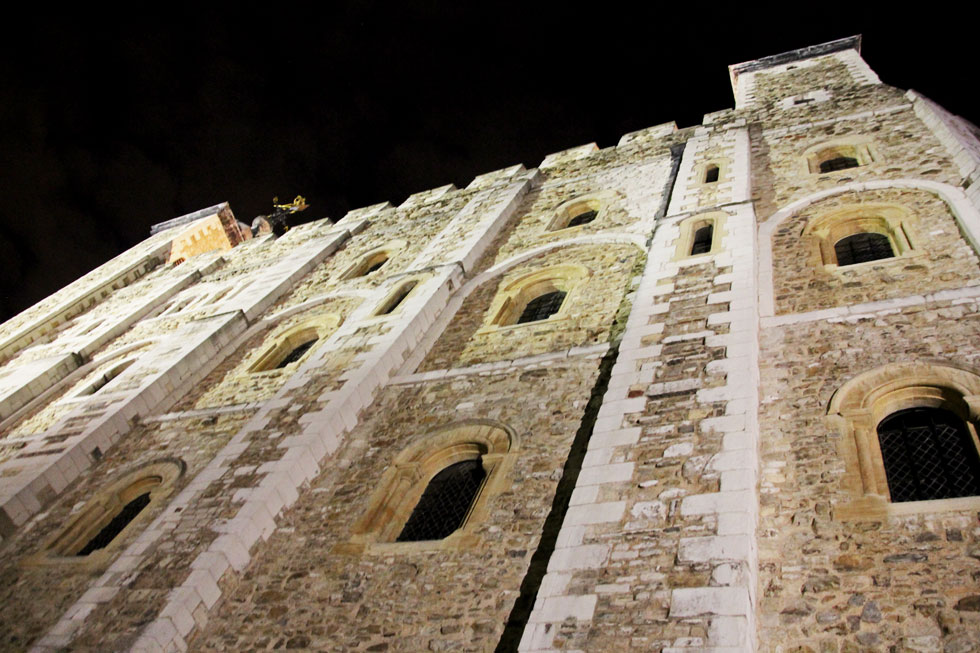 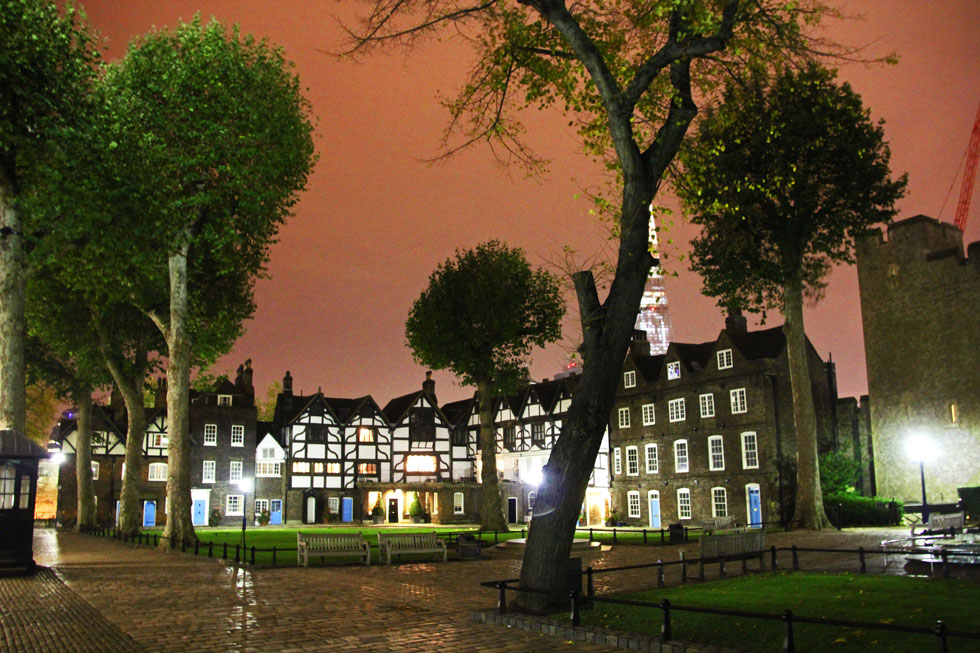 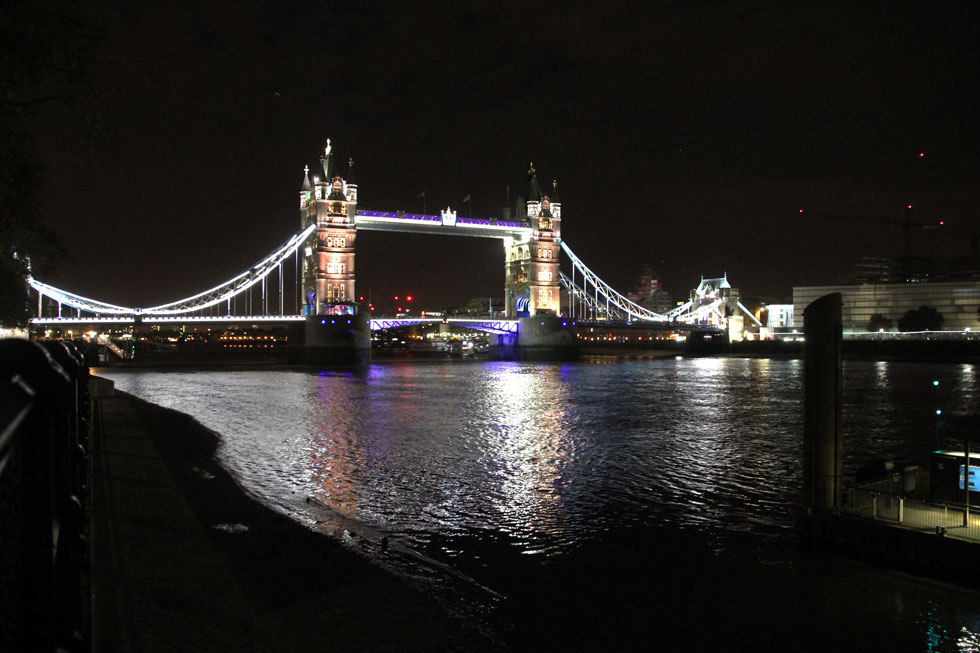 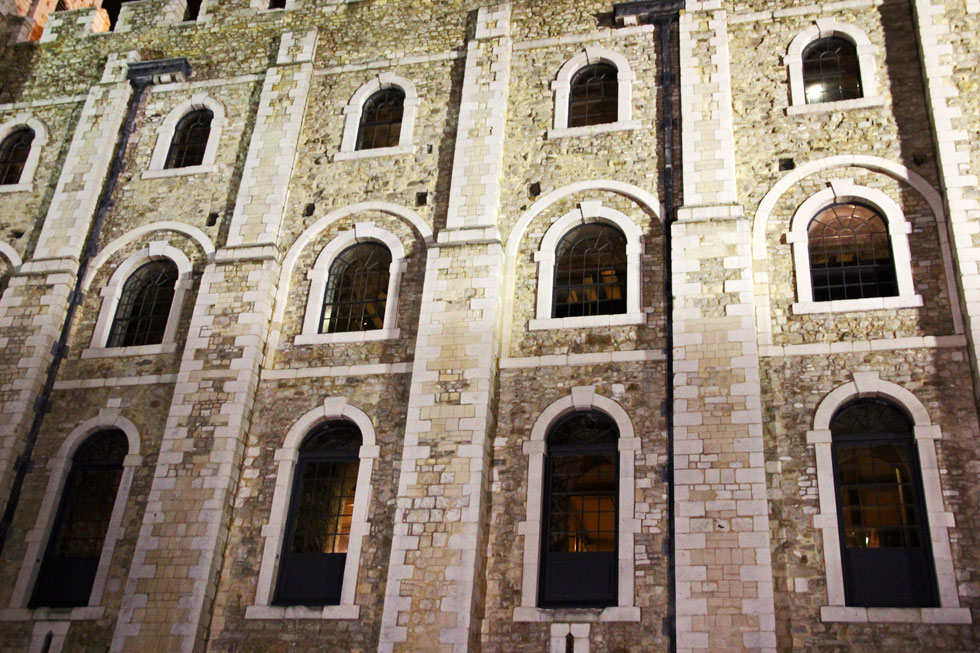