If you had never travelled internationally, and had only obtained information about foreign countries from a 24/7 TV screen and shock-jocks, you would truly believe that the outside world was a miserable place, full of hatred and religious prejudice. You might think that religion was the sole cause of much of the world’s bloodshed. 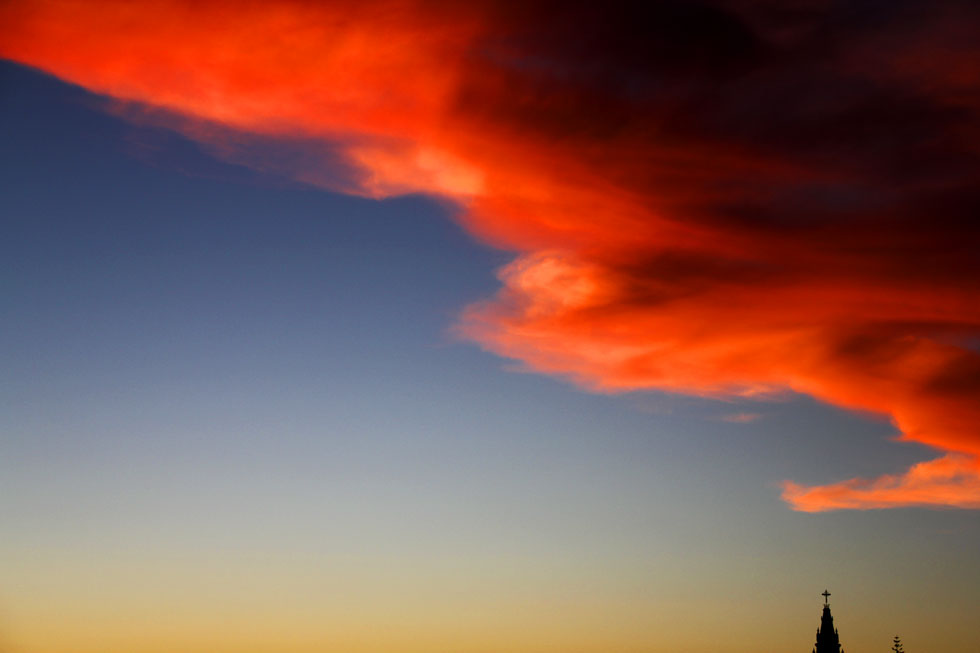 Some of the most peaceful and compassionate religions appear all too often at the forefront of our news screens for immensely negative reasons. Whether it is Middle Eastern Sunnis and Shiites tearing the life out of each other, Asian Buddhist monks burning down mosques or the Red Army continuing to roll over Tibetan Dali Lama followers, religion-fuelled and religion-viewed conflict it is.

Similarly, whether it’s tooled up Christian evangelists in the West, illegitimate settlement activists in occupied Palestinian, Moslem suicide bombers or Sikh assassination stories the buffet of terrible religious conflict is served up to us on our screens fast and regularly.

To combat this unpalatable diet of grim news, I’ve decided to make a list of six examples of wonderful modern-day religious sites that a foreign tourist can enjoy in peace.  It should be remembered that the world’s religions have provided not only some of our most remarkable landmarks but continue to offer exciting and colourful festivities. People across the planet, only too happy to share their beliefs and joy, welcome strangers. I, like many other travellers, have on several occasions been swept up into a local religious festival, fiesta and/or food frenzy.

In happier times I have also experienced great friendship and welcome in both Egypt and Syria. Today’s dreadful escalation in violence affecting all sections of their society is a far cry from the religious memories I have when visiting those countries. 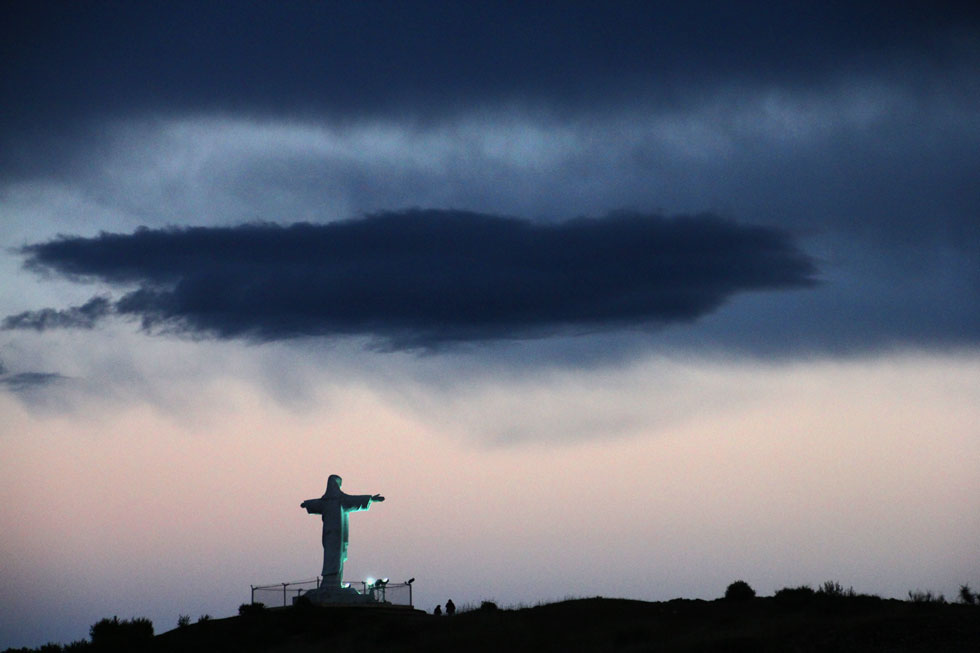 Similar in style to Christ The Redeemer in Rio, the Statue overlooks the UNESCO World Heritage Inca city of Cusco. Magnificent in its location, it was, interestingly, given to the city by Christian Palestinians, living in Cusco during the Second World War. 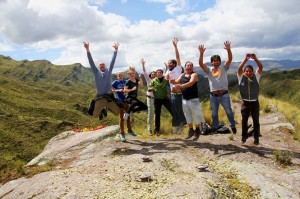 Standing 6 metres tall, alongside the thousand year old Inca complex of Sacsaywaman, Cristo Blanco overlooks historical Cusco. A city steeped in Inca spiritualism as much as in Spanish-introduced Catholicism.

An example of how welcoming local religion and beliefs can be was provided during my family’s recent visited to Cusco. We were honoured to be invited to share in a ceremony to Pacha Mama (Mother Earth), revered throughout the Andes. This photo is of our motley crew, after taking part in a mountain-top ancient Inca ceremony involving cocoa leaf offerings, music and incense.

A magnificent modern day masterpiece, commissioned by Sultan Qaboos and hanging in the heart of one of Islam’s most exciting and magnificent recent developments. The chandelier itself is a massive eight metres in diameter, weighing 8.5 tons. Lighting no less than 1,114 halogen light bulbs, the structure illuminates the enormous hall of the Mosque – suspended from the 46 metres high, 25 meter wide dome that so impressively dominates the Oman capital’s skyline.

There are over 6,000,000 crystals, held together by a 24 karat gold plated structure which took over four years to build. The best way to admire the structure is from the world’s second largest hand woven carpet below. Containing 1,700,000,000 knots and weighing 21 tons, the hand-woven carpet also took four years to produce. 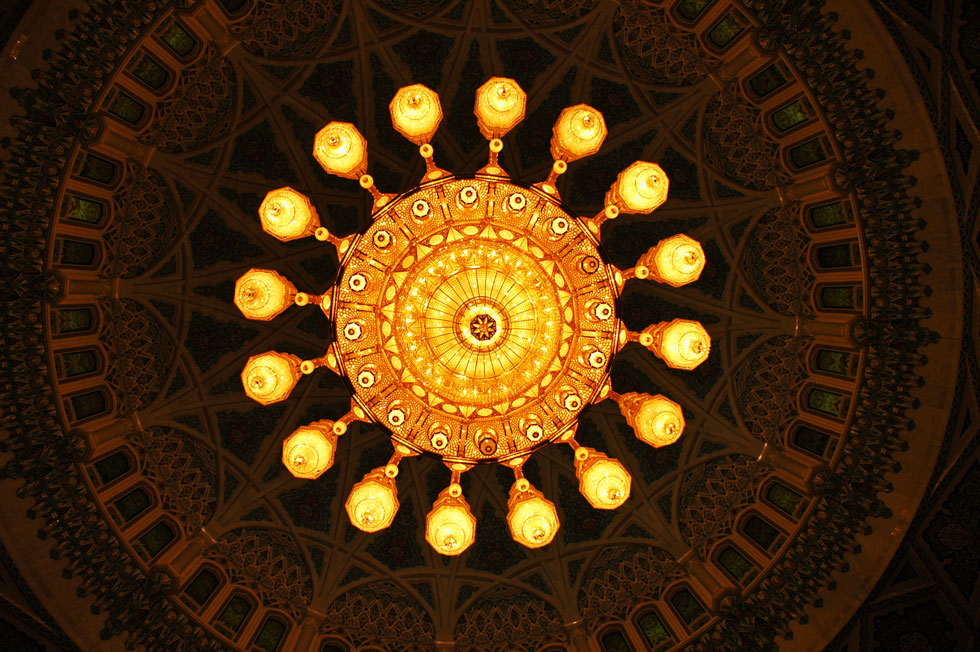 Visiting the Grand Mosque and Oman during Eid, I can honestly say that the welcome my family received over our holiday period was as overwhelming as anywhere else I have visited in the world. Whether in the desert, mountains or towns, everybody we met seemed intent on inviting us home and ploughing us with more hospitality than we could cope with.

The serene seated Buddha, carved directly from the Gal Vihara Temple rock is without doubt one of my favourite statues of Buddha (if one is allowed to have such a thing). Originally cut away from the 4.6 metre thick rock, the life-like sculpture is as magnificent in its structure as it is in its immaculate finish. Rightly regarded as one of the best examples of ancient Sinhalese carving, it is located in the midst of UNESCO’s World Heritage Site Polonnaruwa. 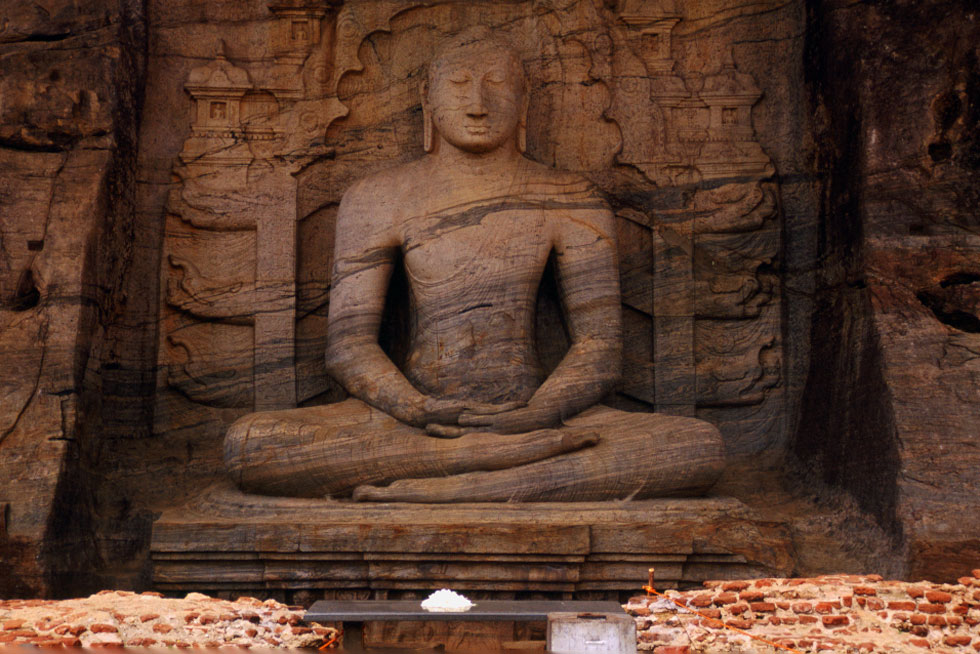 In a country so ravaged with civil war over the past decades – between the Sinhalese (Bhuddist) and Tamil (Hindu) – I will always remember how spellbinding I found this peaceful stone-faced dhyana mudra image.

My favourite Indian temple, offering any visitor an all-encompassing blast of colour, energy and vibrant spiritualism. Dedicated to Parvati, the temple is approached through 14 gateway gopuram towers, which lead pilgrims and visitors into the maze of ancient prayer rooms. Candlelight flickers across colourful shrines with lovely rubbed ancient stone carvings throughout the impressive array of stone pillars. Excited families step between ornately painted elephants. Calm priests pray, whilst lovingly prepared offerings are spread across the cool flagstone floors. 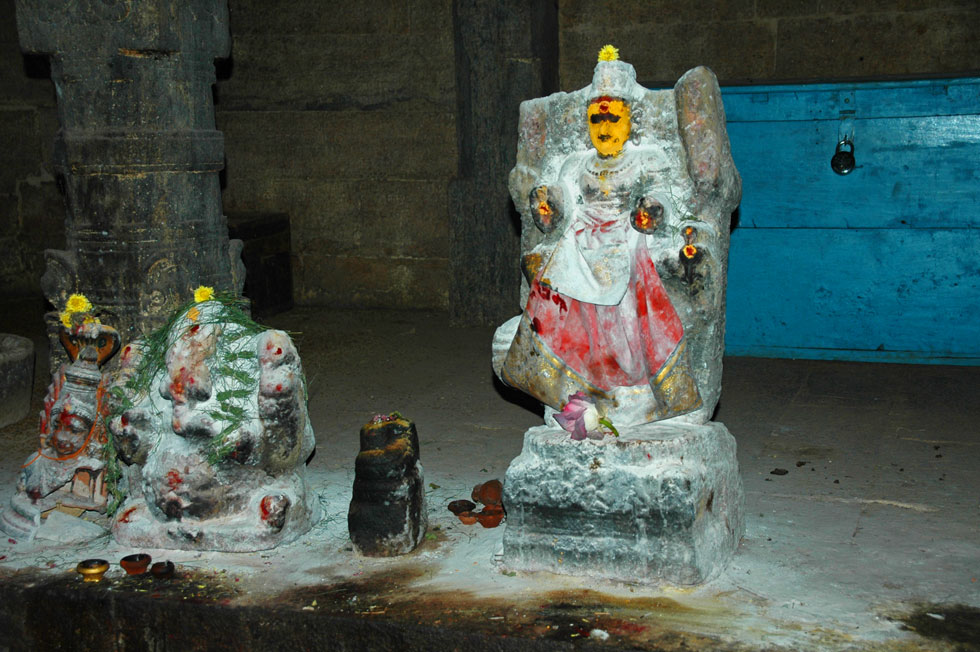 Having visited the temple on several occasions over the years I am always left spellbound by the combination of energy, excitement and quieter corners of meditation. Attracting up to 15,000 visitors a day – and many more during the Meenakshi Tirukalyanam Festival in April/May – the feeling of inclusiveness is enormously powerful.

Built in the 16th century the Harmandir Sahib (Golden Temple) is one of the friendliest and most welcoming religious sites in the world. It is designed as a holy shrine, giving worshippers a place to visit throughout the day. To my mind, the end-of-the-day book-to-bed ceremony is as close as you can get to witnessing active religion, as the priests and pilgrims transfer the huge holy scripture back from the Golden Temple across the waterway.

The Temple itself is surrounded by a large holy tank of water (Amrit – holy water/immortal nectar) which allows for a charmingly gentle and peaceful setting, punctuated by musical prayers ringing around the site.

In true Sikh style everyone is welcome and invited to eat for free, courtesy of the temple. A huge army of volunteers helps prepare, cook, serve and clear up meals for over 50,000 visitors a day. I took this photo – showing the vast vat of dhal being prepared outside the enormous community kitchen, just before lunch was served. 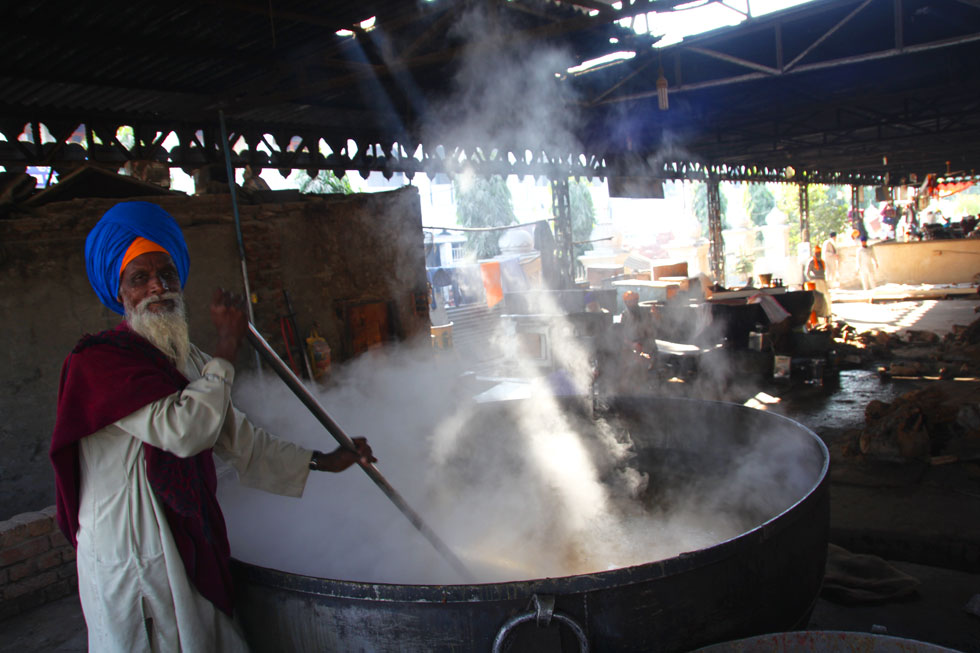 On a personal note I have always been indebted to the Sikh faith.  When I contracted malaria in Kampala many years ago, I was welcomed into and housed in one of the main Sikh Temples as an attempted military coup swirled around outside. Weak and ill, I was sheltered and looked after by people who had never met me, as is their religious custom.

I have chosen to include this photo, taken in the heart of the Jewish District in Krakov, as I think it depicts how even after such holocaust horrors the phenomenal spread of Judaism to this day can be found in so many towns and cities across the globe.

As tourists the opportunity to explore the historical Jewish districts throughout the world are never ending. It is truly a religion that, in the spirit of travel, appears to cross all boundaries, having lived through the ages, within many different cultures, creeds and continents. 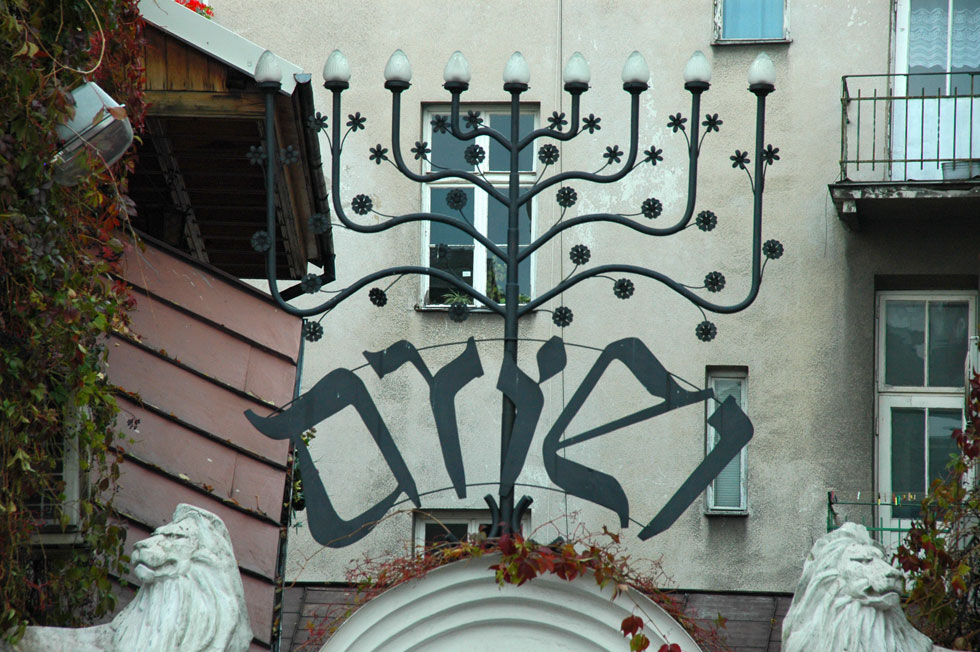